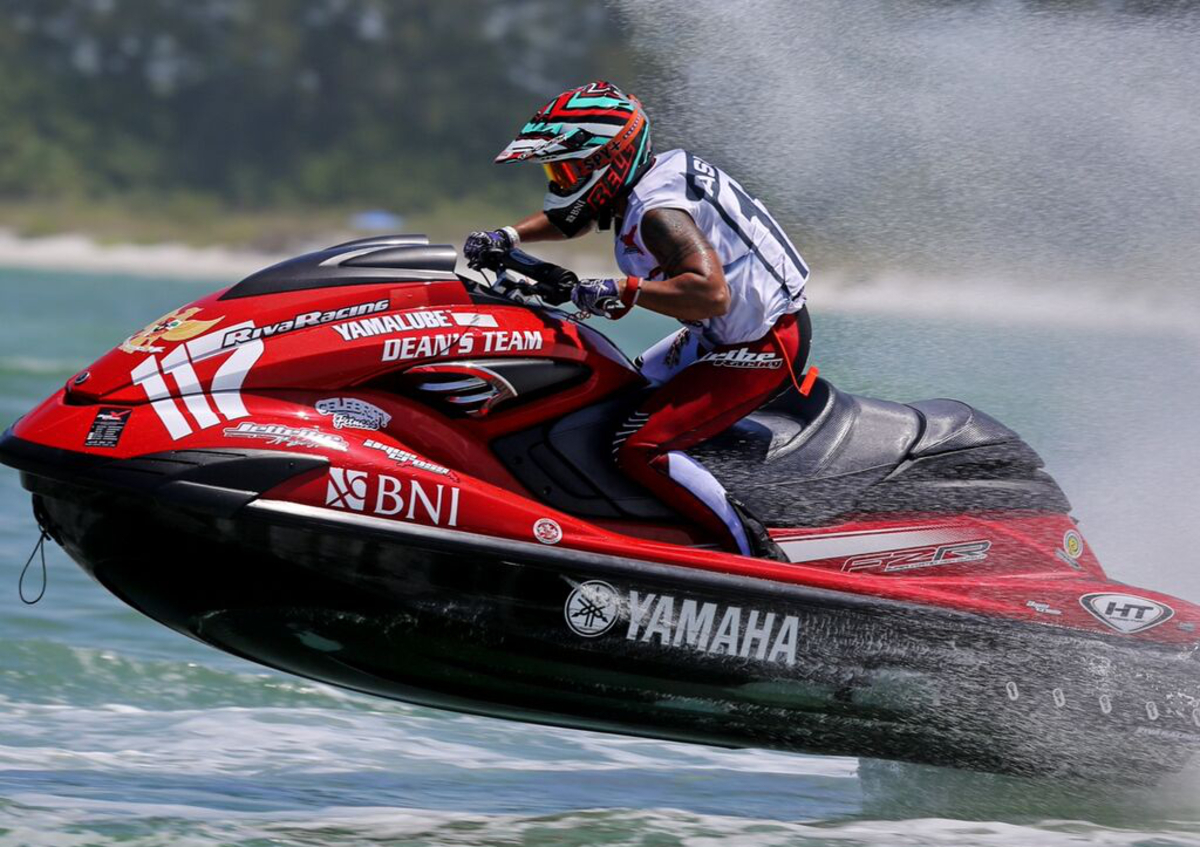 The first stop of the tour was marked by a number of ‘firsts’. Amy Green made her debut as the P1 AquaX USA Race Director and the sport class made its first appearance with an impressive line-up of well known names.

Saturday’s racing was challenging to say the least, with 5-6ft waves crashing onto the beach. Many racers found it hard to keep in their seats as they not only battled each other but also the unforgiving conditions. Returning 300 class racer Jeff Thornton stepped into the arena as a new Elite racer after graduating from the rookie cup last season. “In these type of conditions, more speed does not mean you will be faster” said Thornton. “Fitness, a sound watercraft and the ability to hold on will prevail” he added. Thornton was very accurate with that statement as nobody was safe. Reigning 300 class champion, Eric Francis took a spectacular swan dive which was possibly the result of first race jitters and an overzealous strategy.

Conditions appeared to calm down on Sunday but the surf had become unpredictable. “Washing machine surf chop is the most unpredictable condition to ride thru…no rhythm…you just have to bust through it and hang on” explained Yamaha racer Troy Snyder.

300 Class rookie racer, Hector Toledo had his first taste of the Daytona surf and commented: “For me it was really challenging. I never race in those conditions - big waves and big jumps made for a really adrenaline pumping race. I like difficult conditions - it will make me a better racer.”

The 250 / 200 class saw the return of 2014 champion Eric Lagopoulos. The competition was fierce with double the number of riders from last season and the likes of Brian Baldwin, Paloma Noceda of Peru and Anya Colley of the UK entering to challenge the champion. “I plan on staying focused and remaining consistent with my racing” said SeaDoo X-Team racer Lagopoulos. “The racing is not all about speed, it is about having a plan and in an endurance race such as this you have to be smart.” Paloma Noceda presented a challenge to fellow racers as she put in some solid racing. Noceda pushed hard and made her presence known by the entire 250 class. With a second place overall, Noceda will be one to watch as the season unfolds. 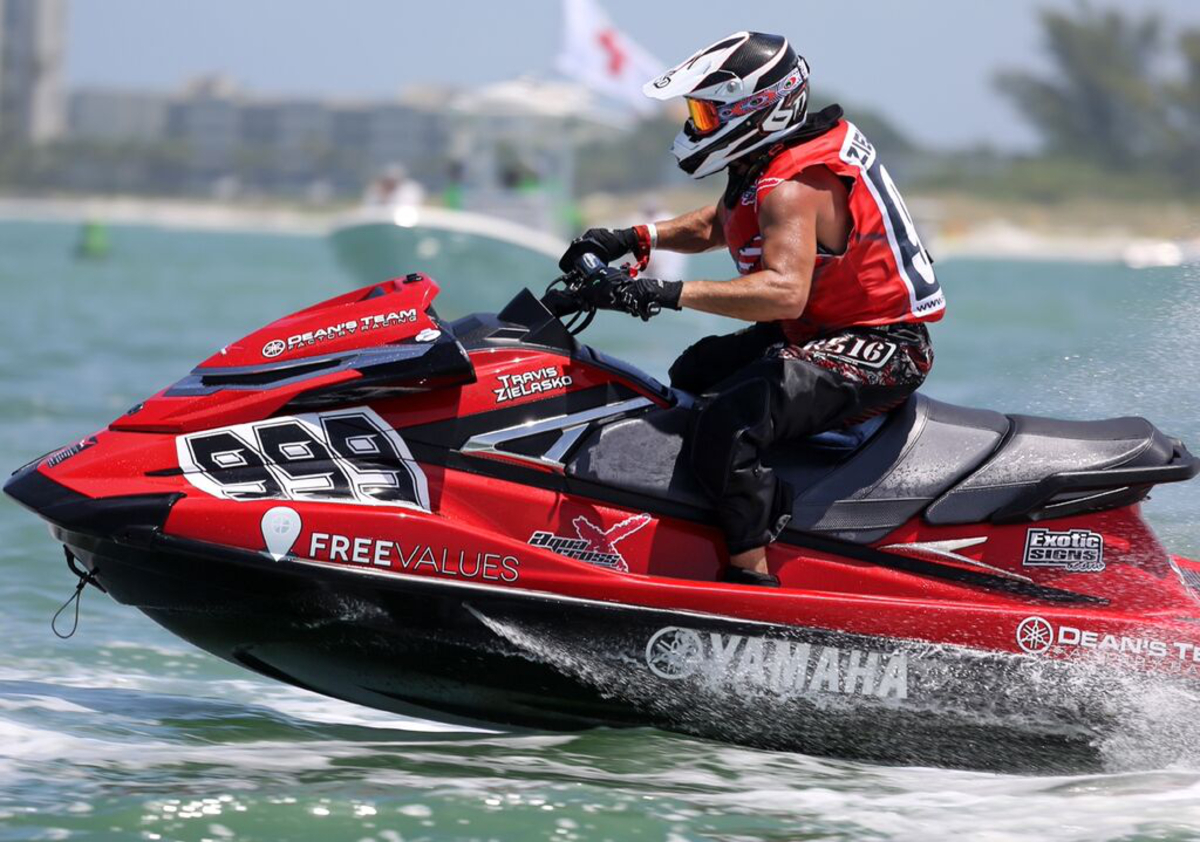 2014 champion, Yamaha racer Rob Greenwald had his work cut out as newcomer Travis Zielasko and returning racer Brent Venderley set Rob up for a challenging series ahead. “I am onboard the 2015 Yamaha VXR this season” explained Greenwald. “It is slightly larger and heavier than the model I raced last season, so I will have to race smarter and implement a solid strategy to maintain my title.” Newcomer Travis Zielasko said; "This is my first P1 Aqua X event and it exceeded all my expectations. The competition is very strong and the event left me with the need for more!" 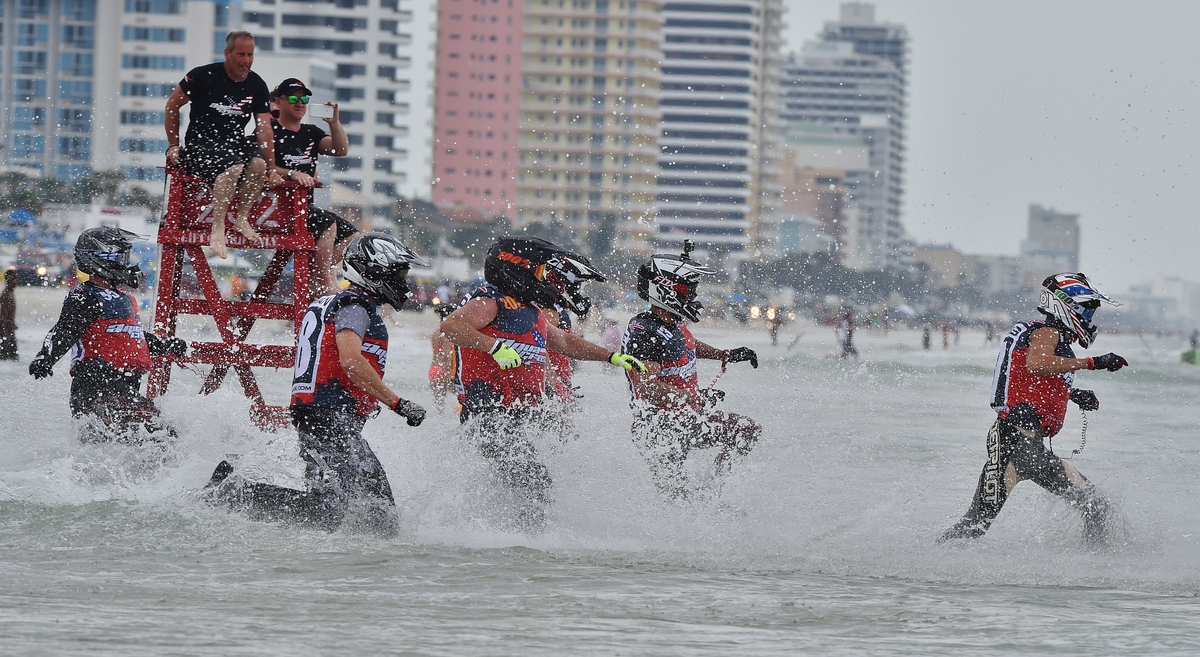 Sport Class racers made their debut racing the same course as the stand up riders. Glen Jung took top spot and commented: “With Sport GP as the newest AquaX class, it brought out a good field of quality riders. We had great racing with surf conditions that made it challenging and really kept things interesting. I could not be happier with the result.”

Next stop for the P1 AquaX fleet will be Jacksonville in early June.