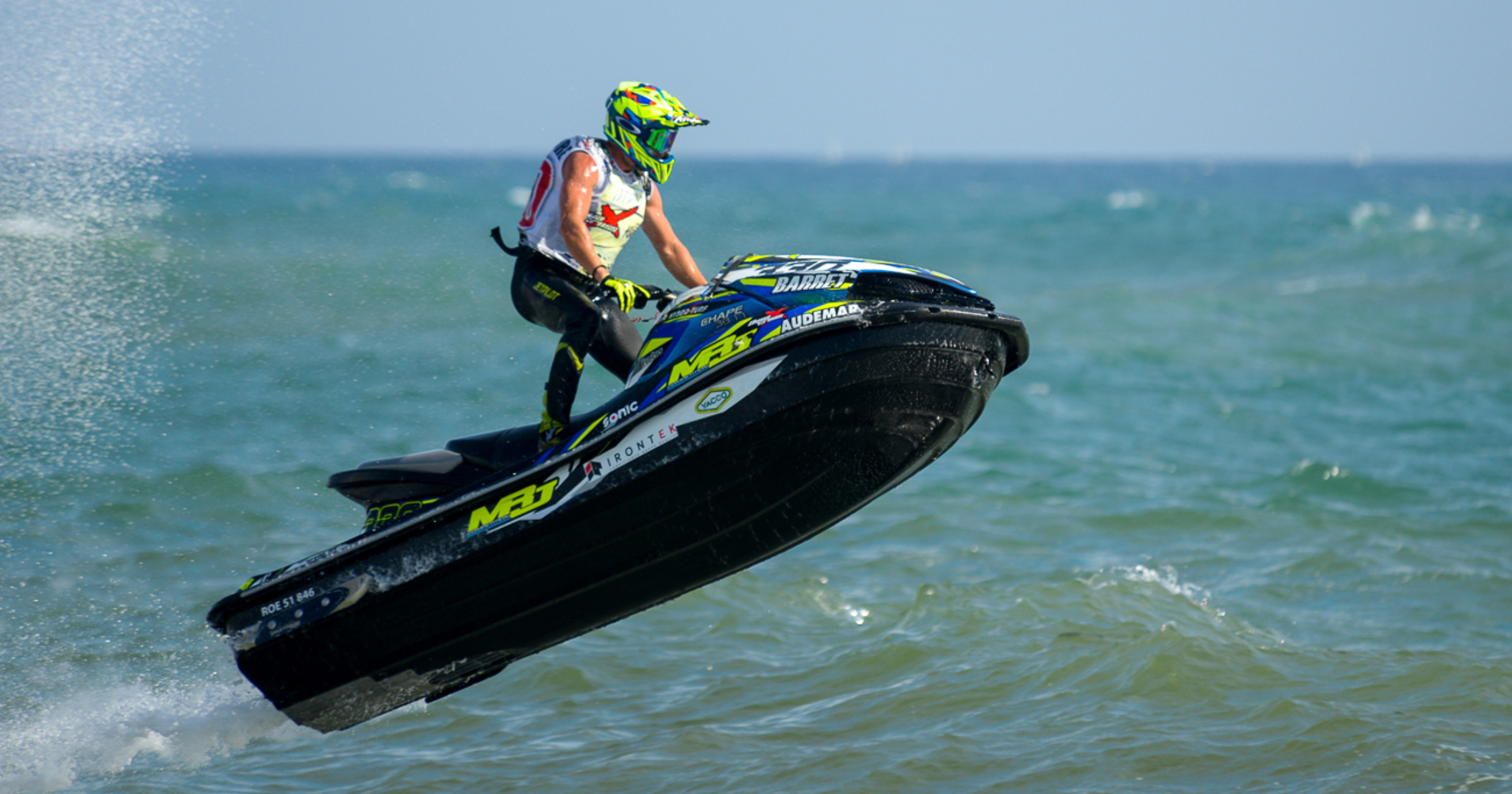 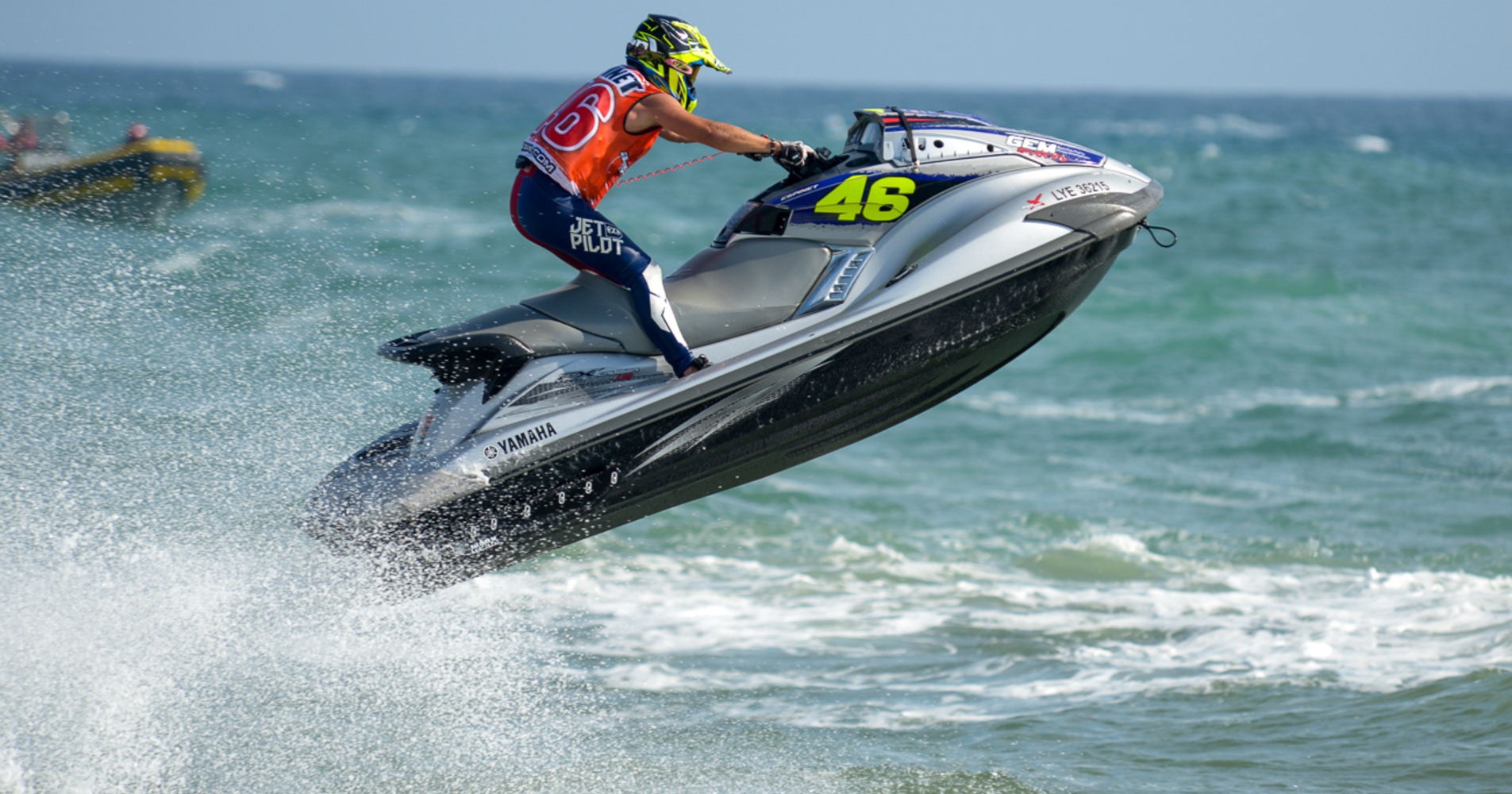 Lionel Espinet won the AM 200 Class on the weekend 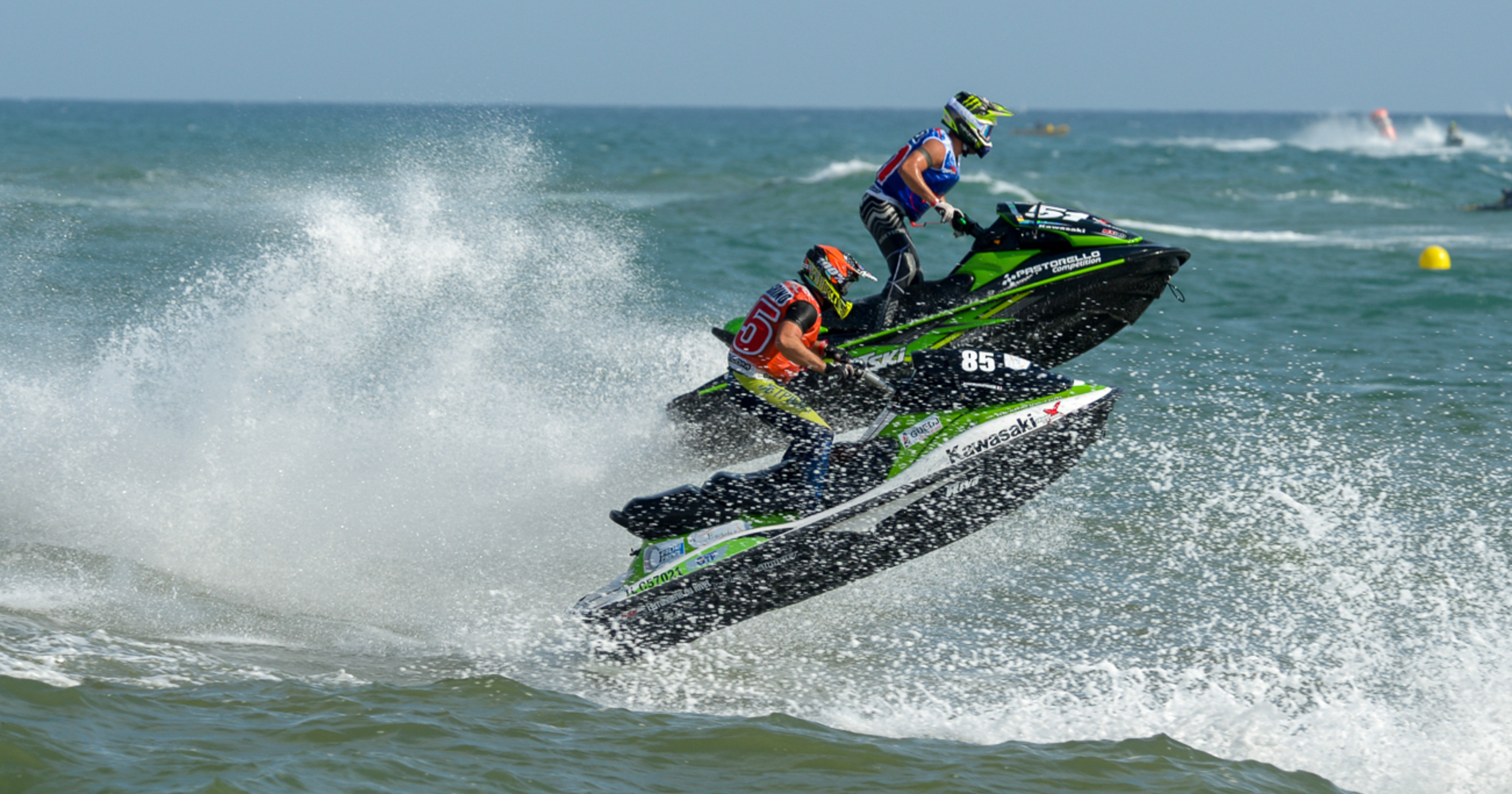 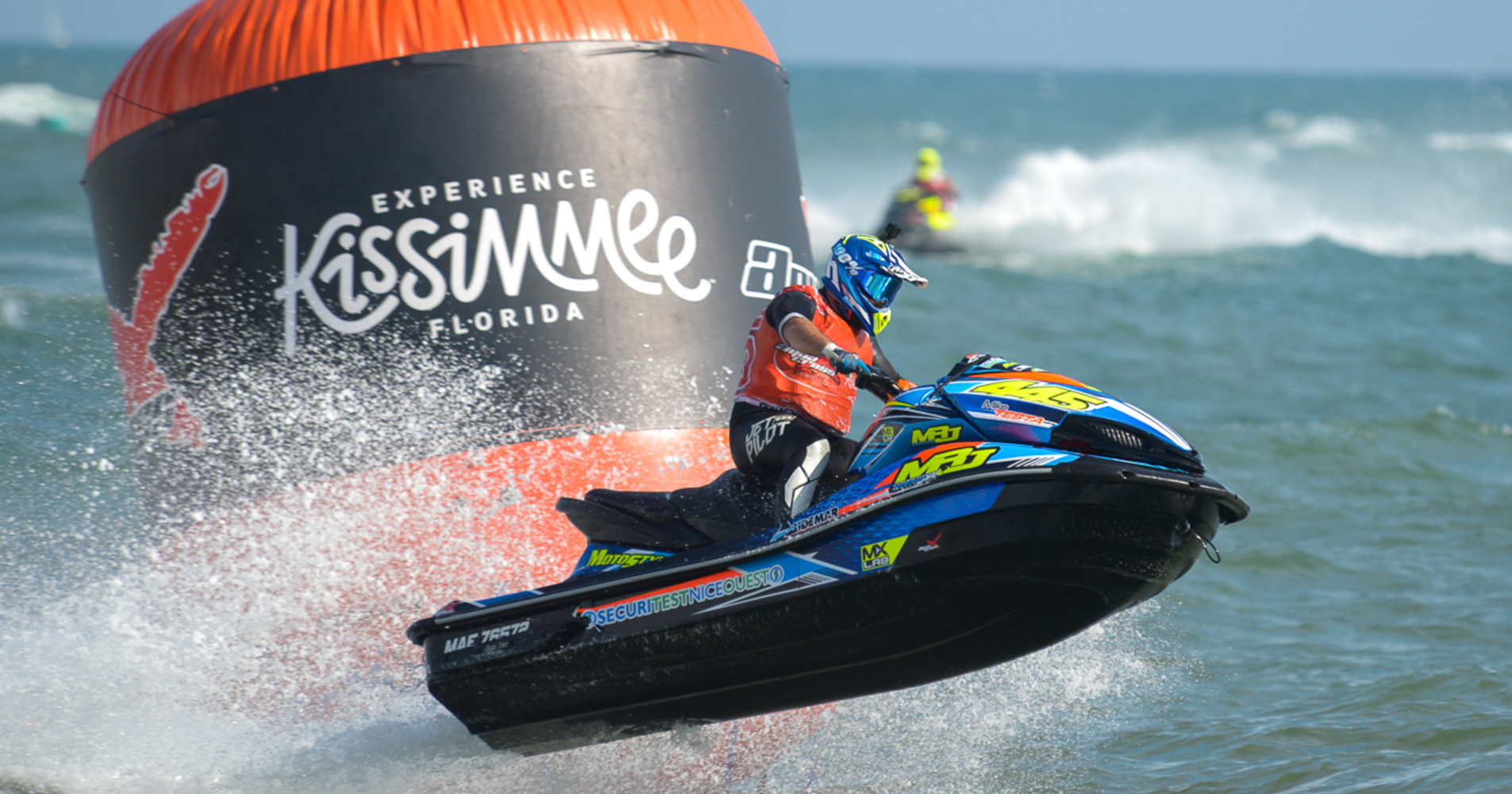 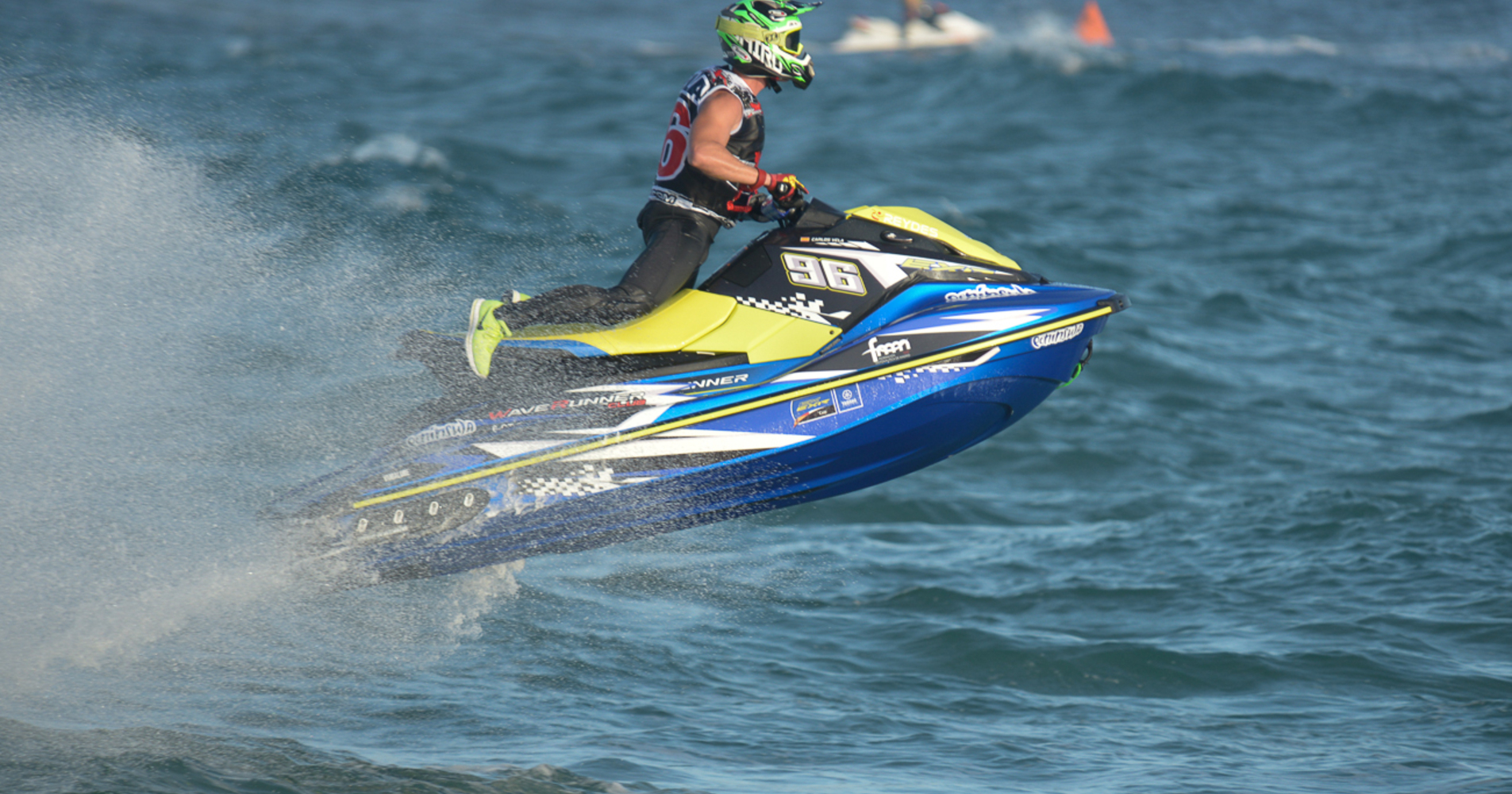 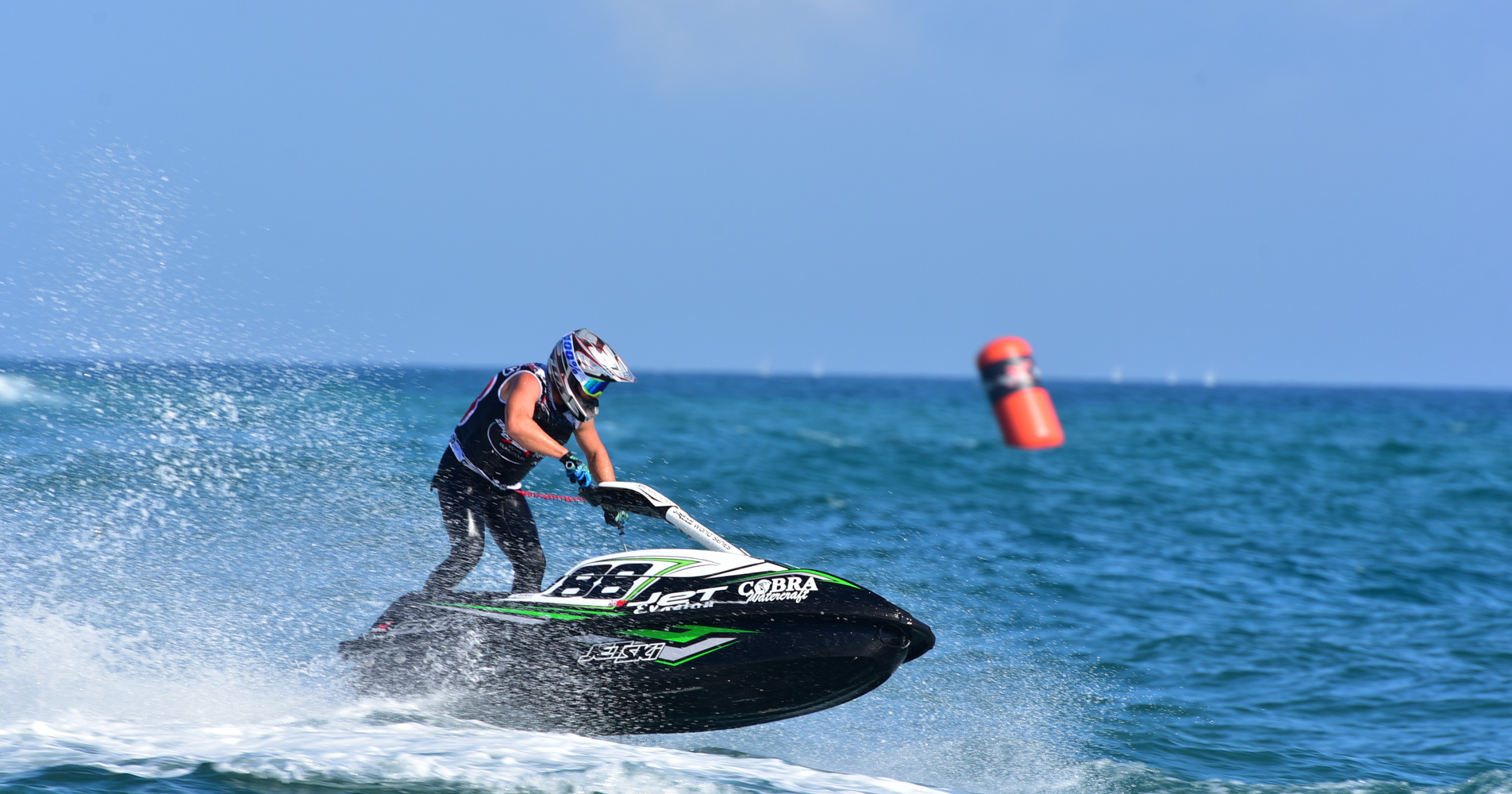 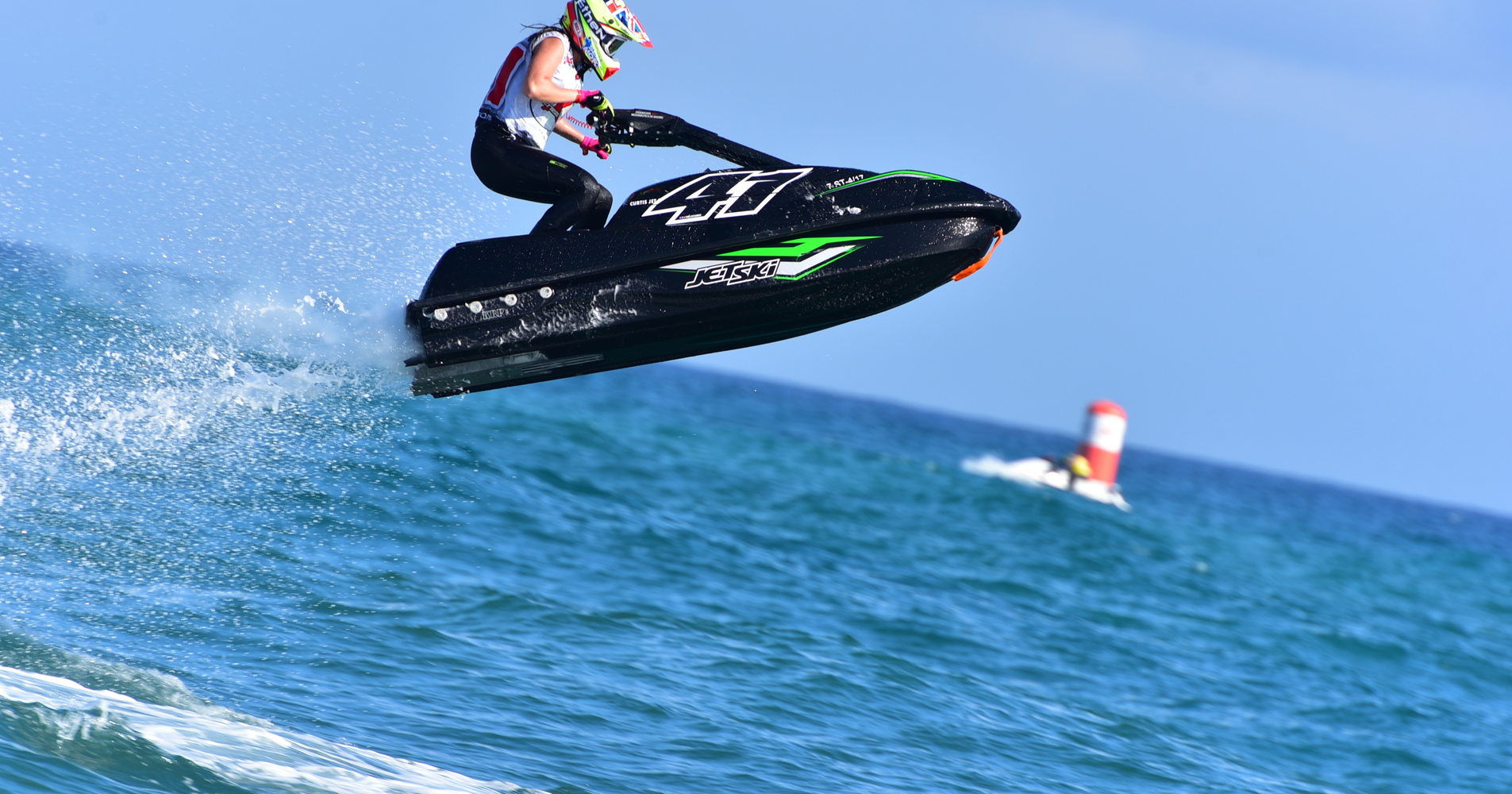 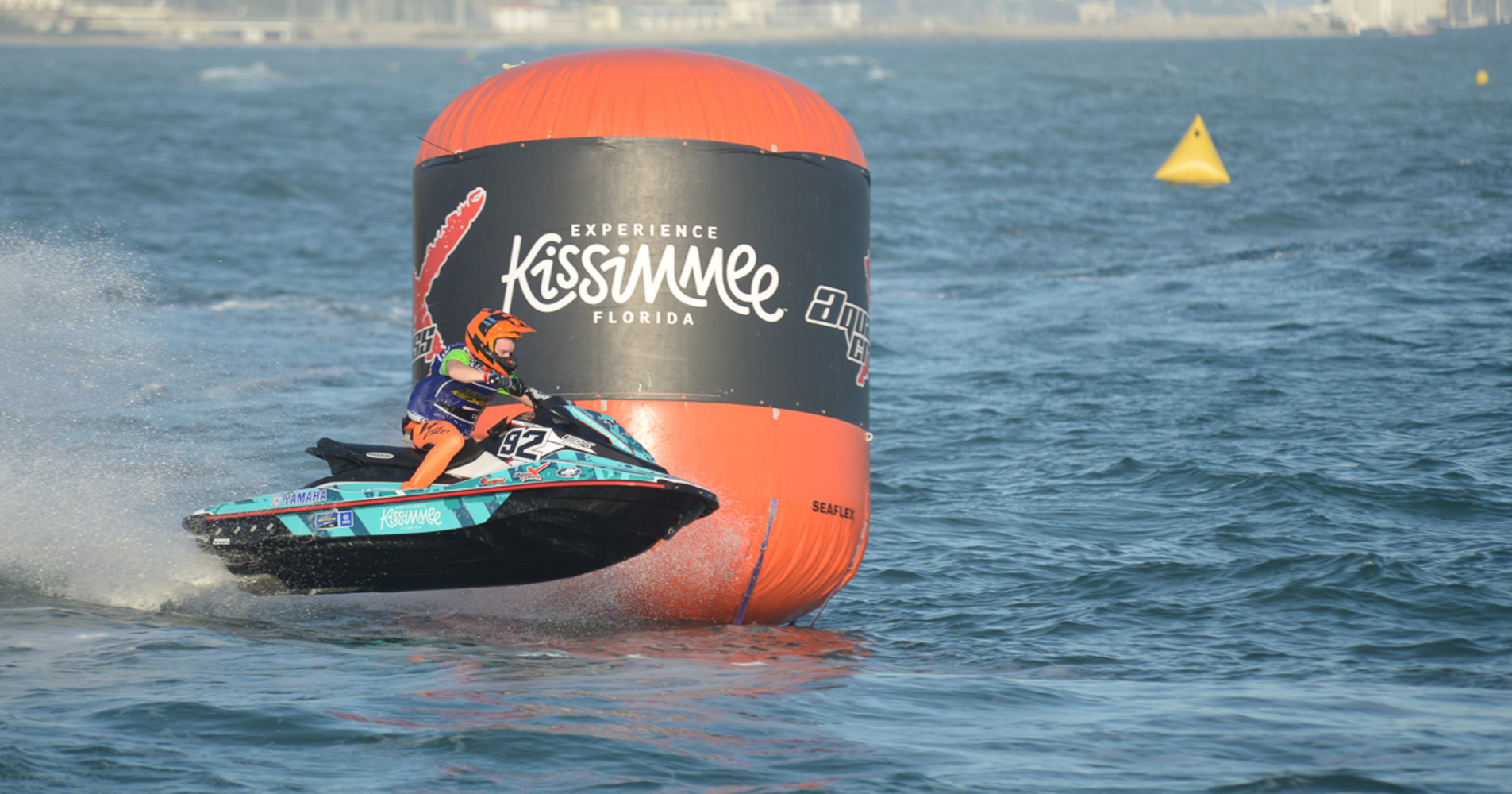 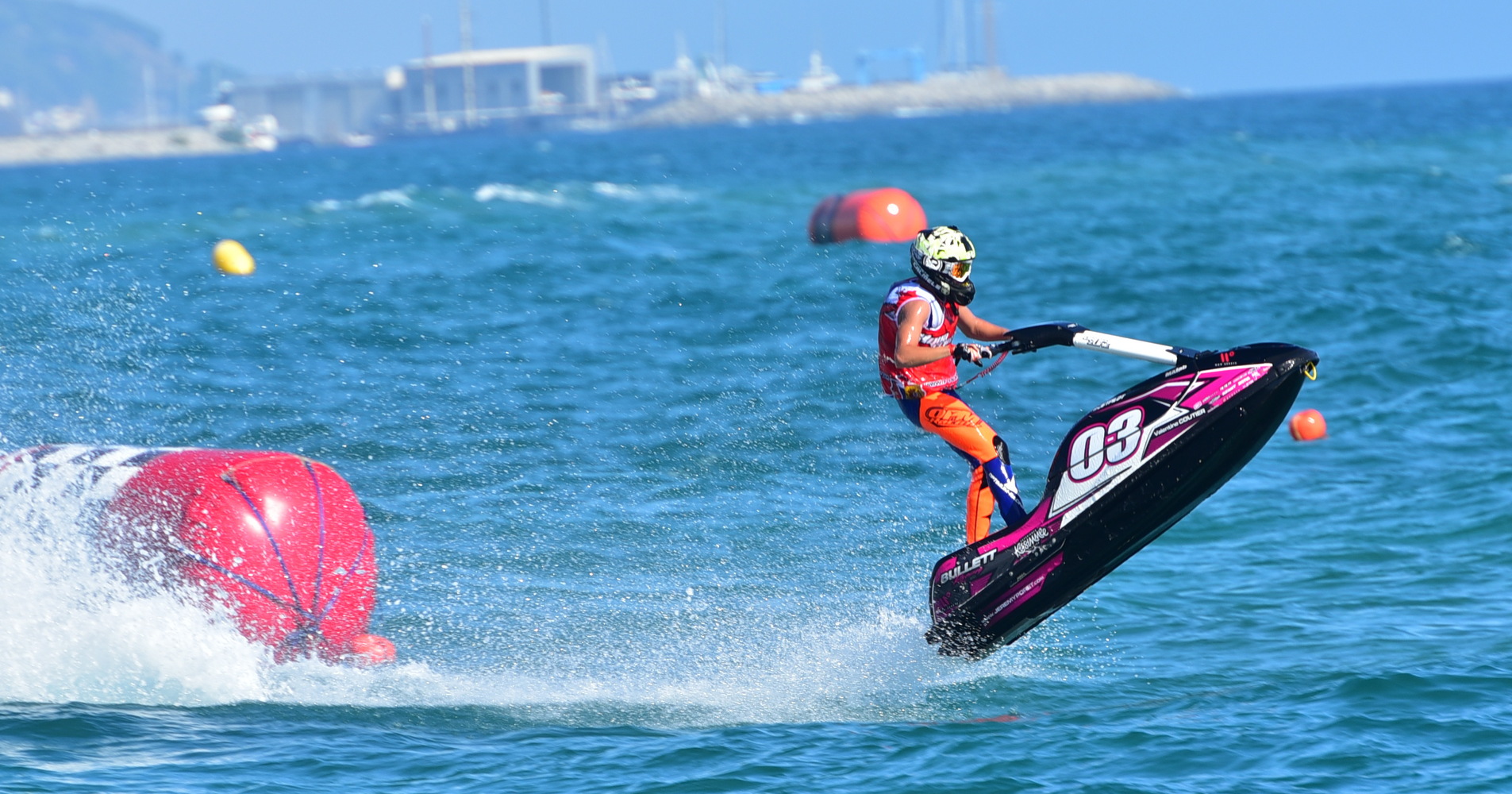 Baptiste Calmels winner of the AM Sprint class 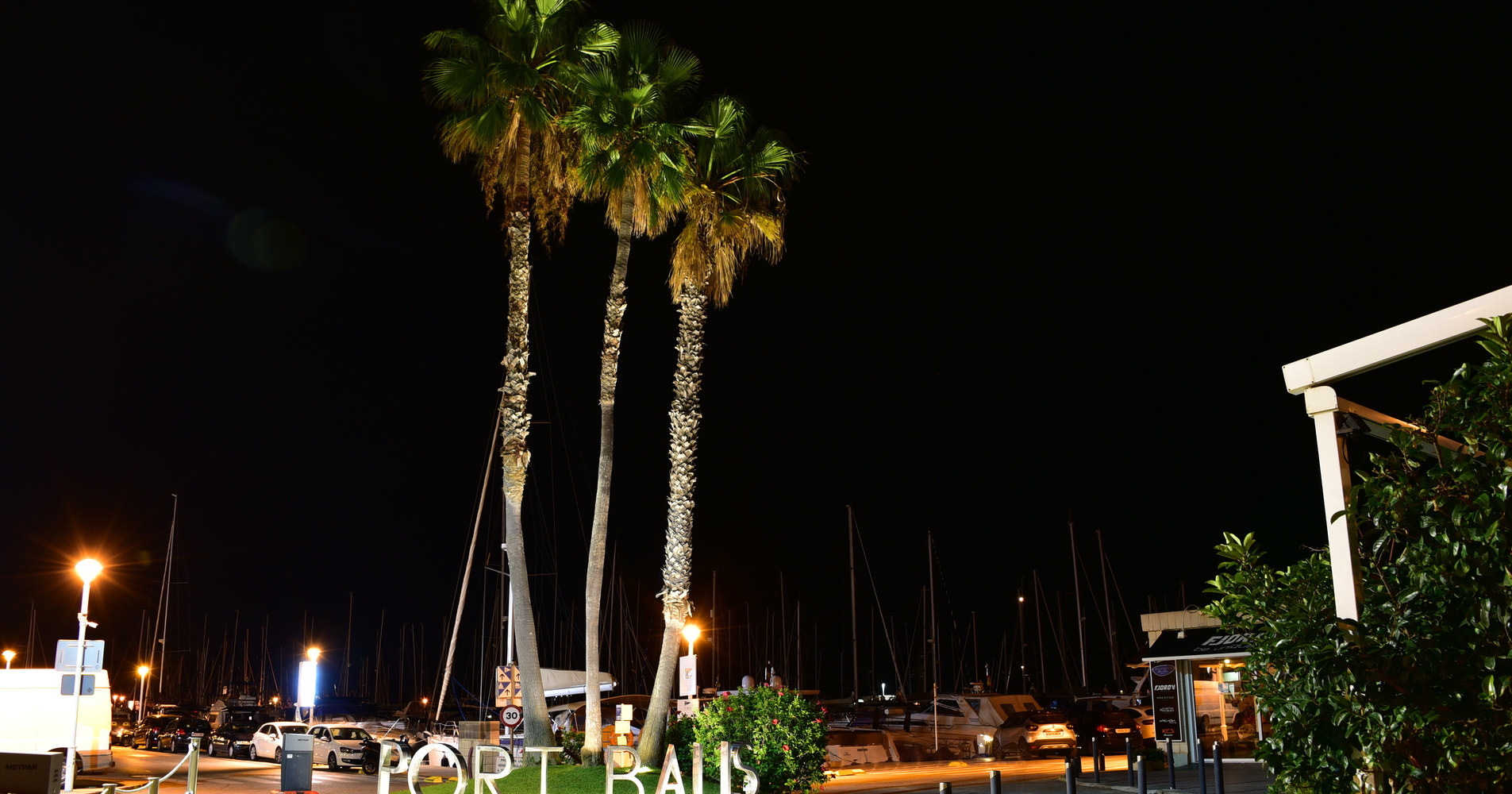 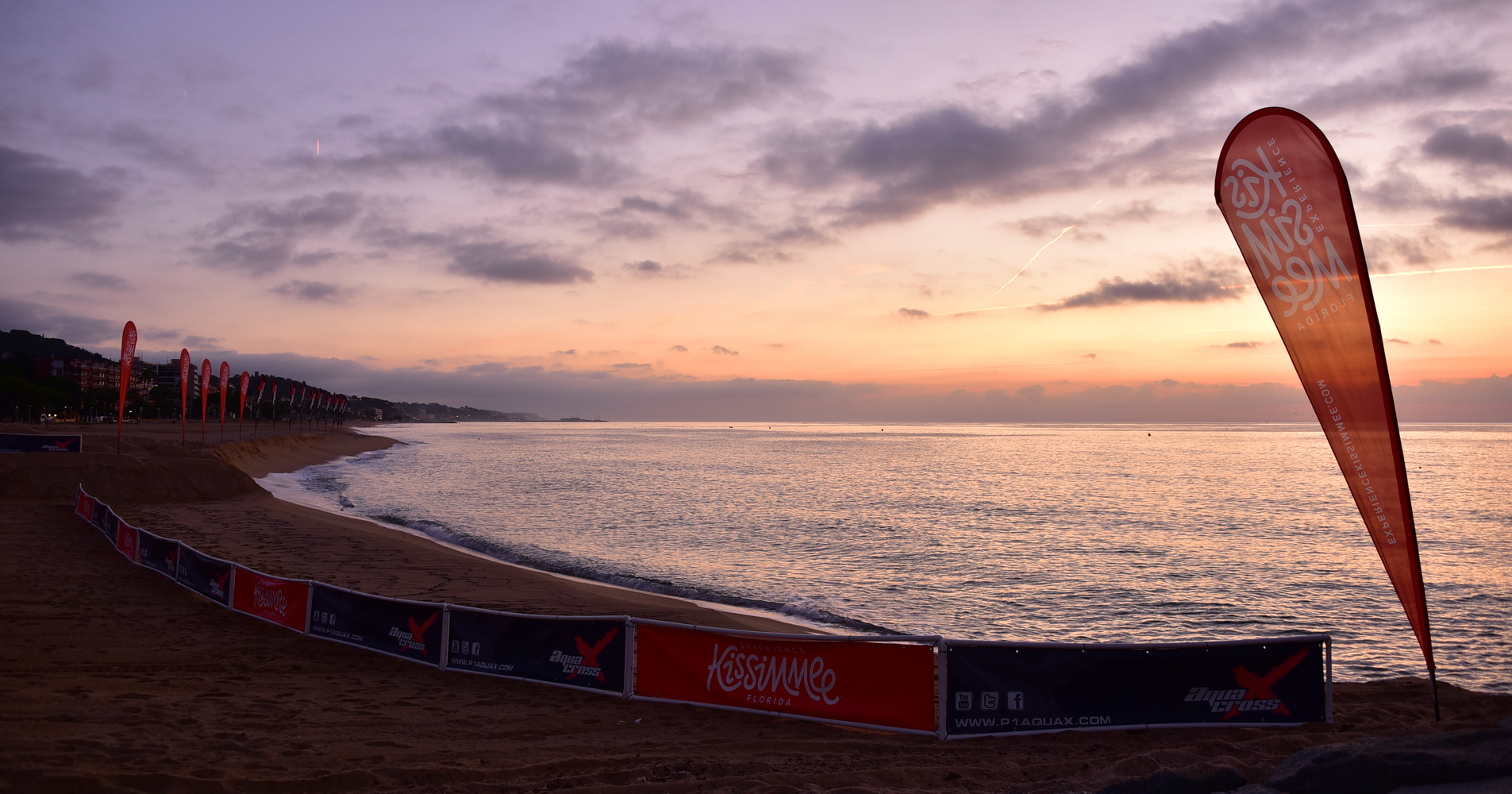 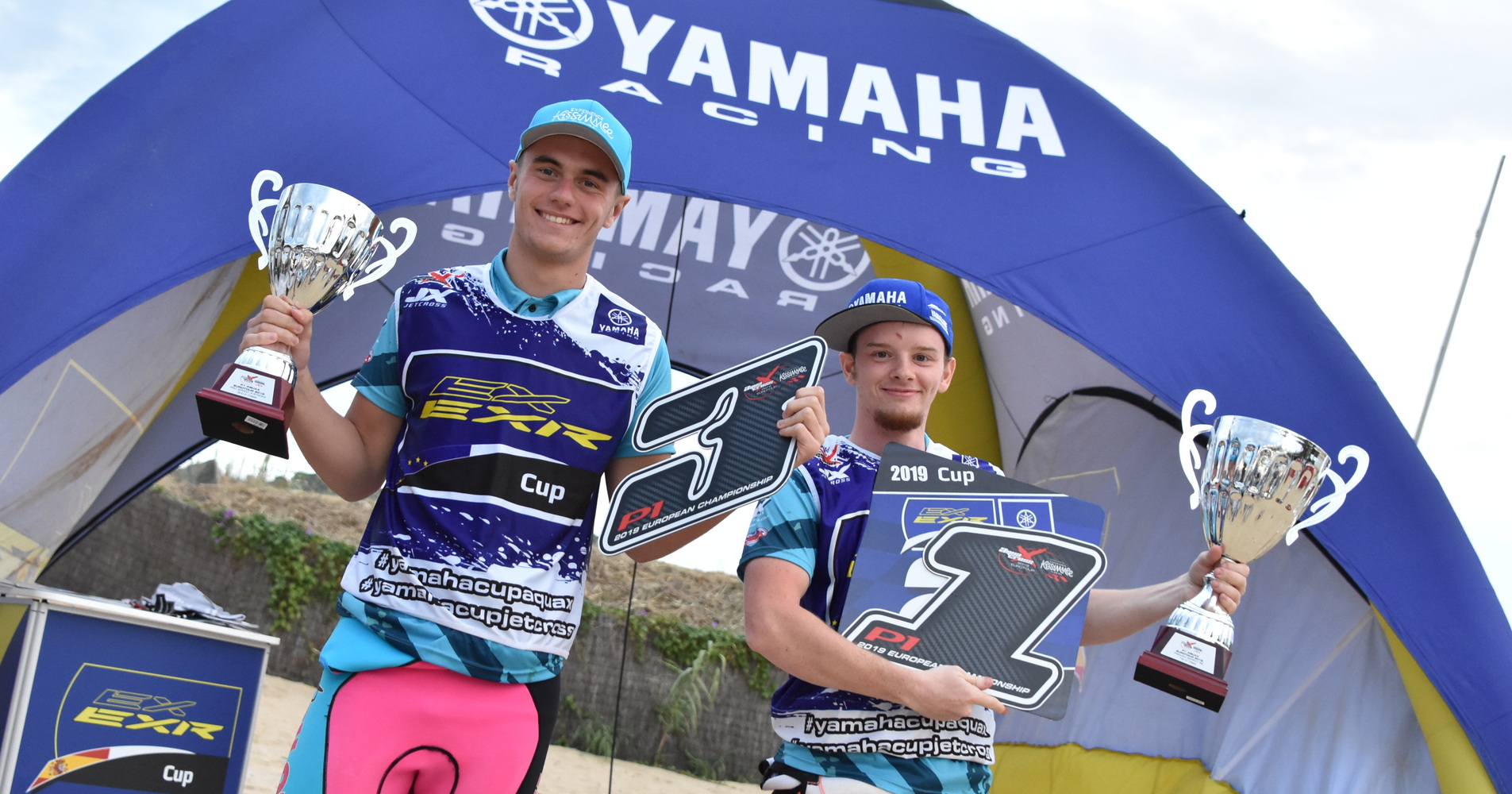 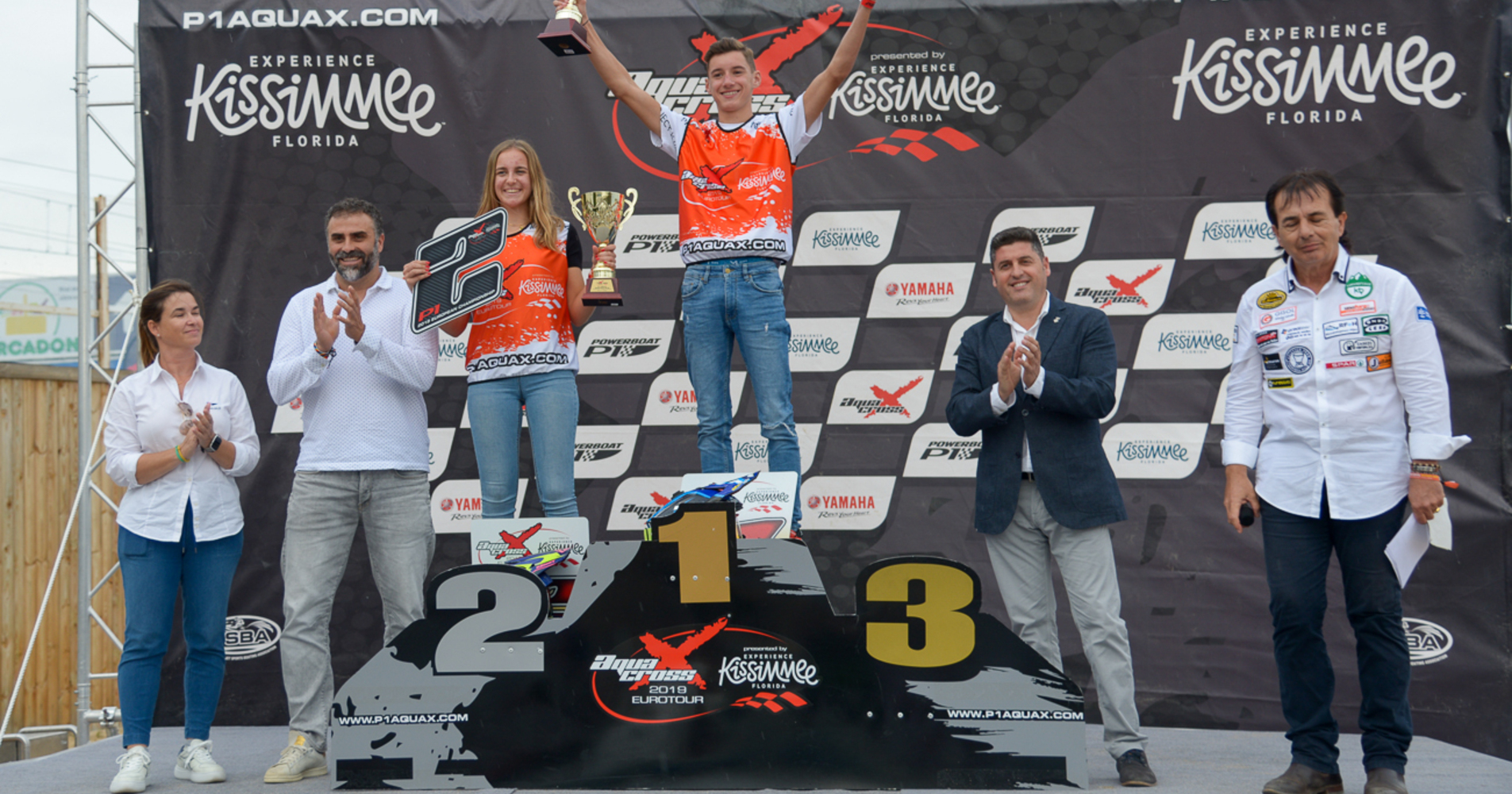 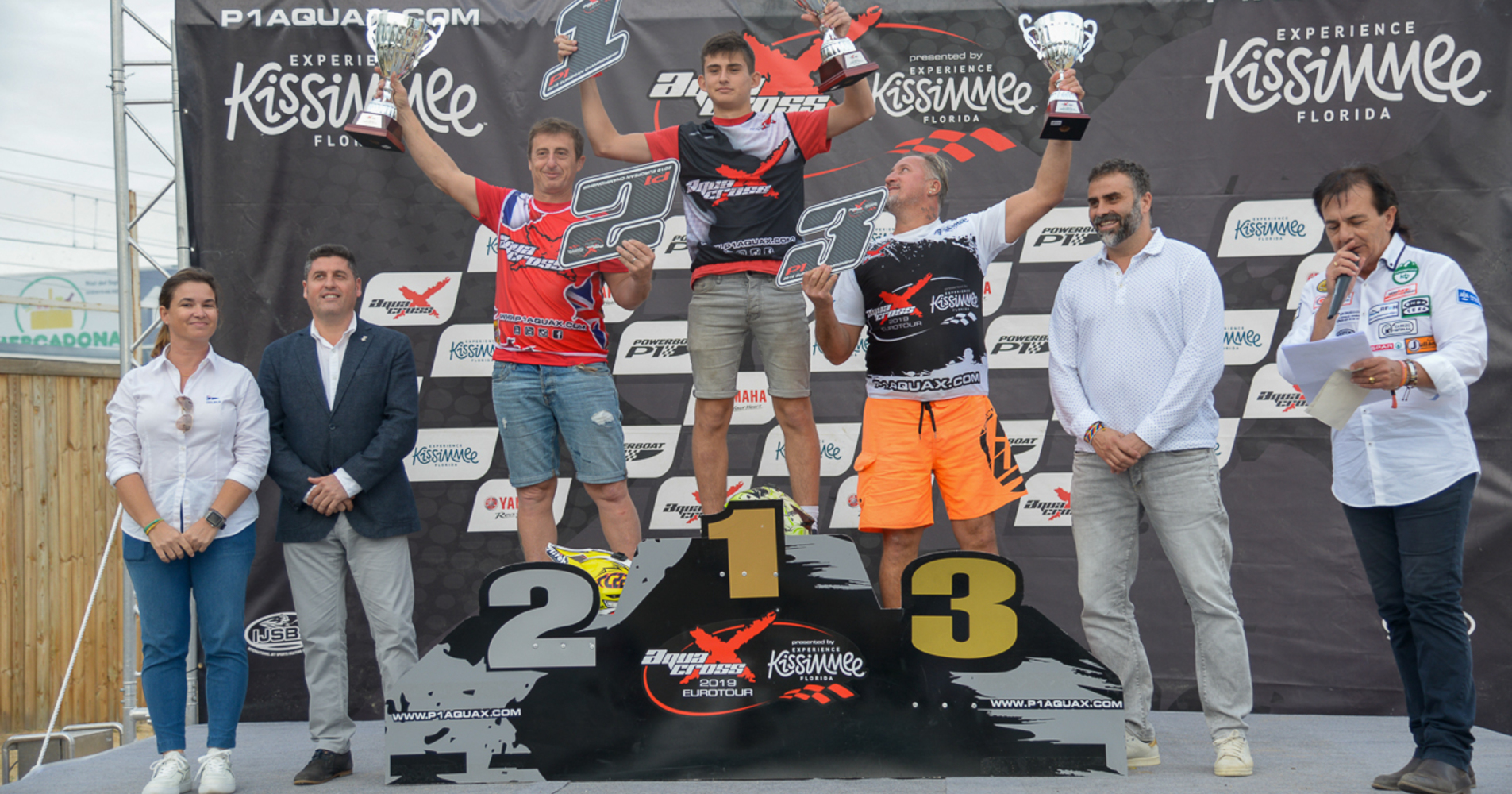 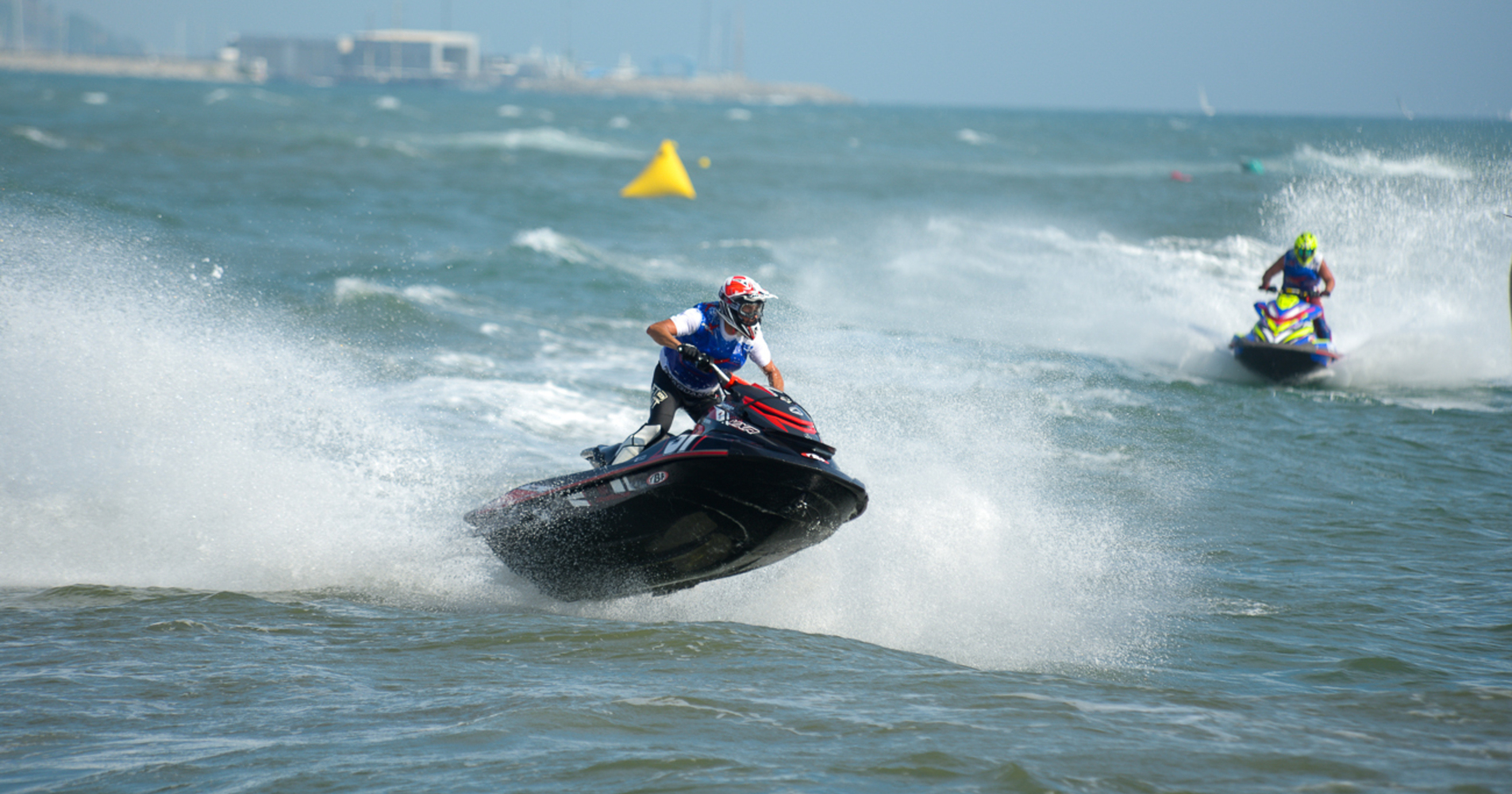 Testa and Berthelot reign supreme in the AM divisions 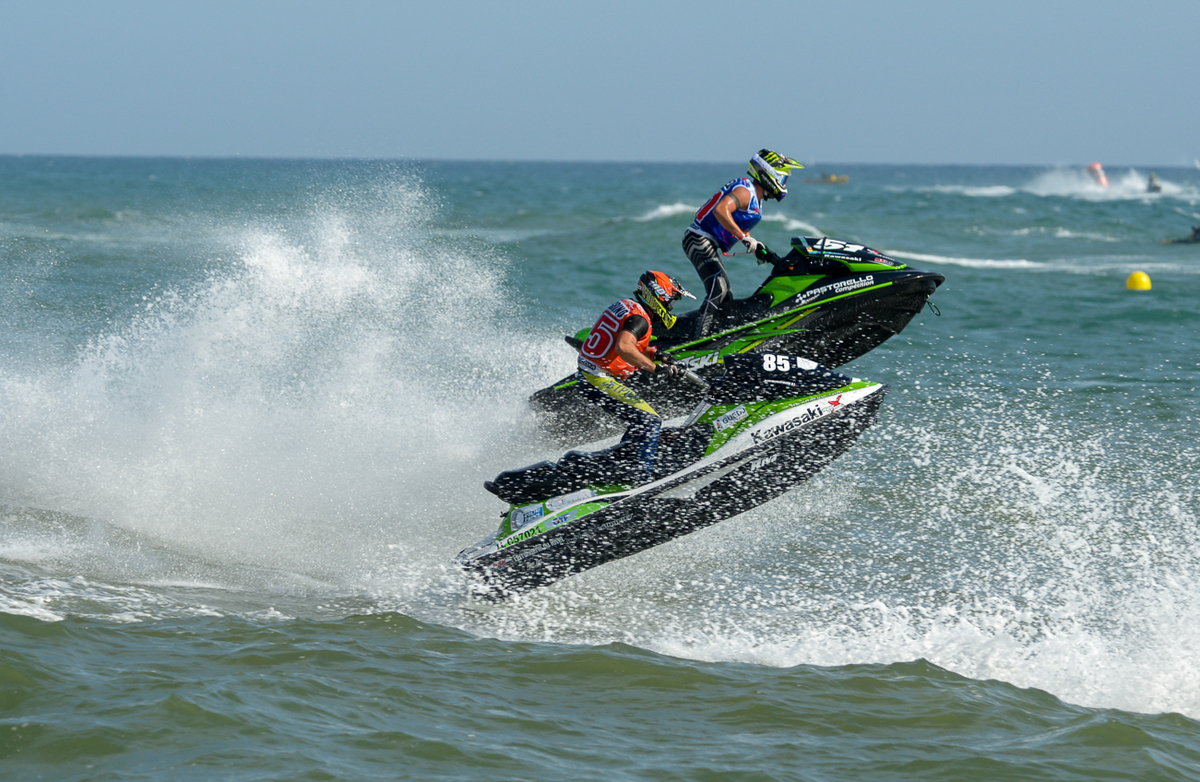 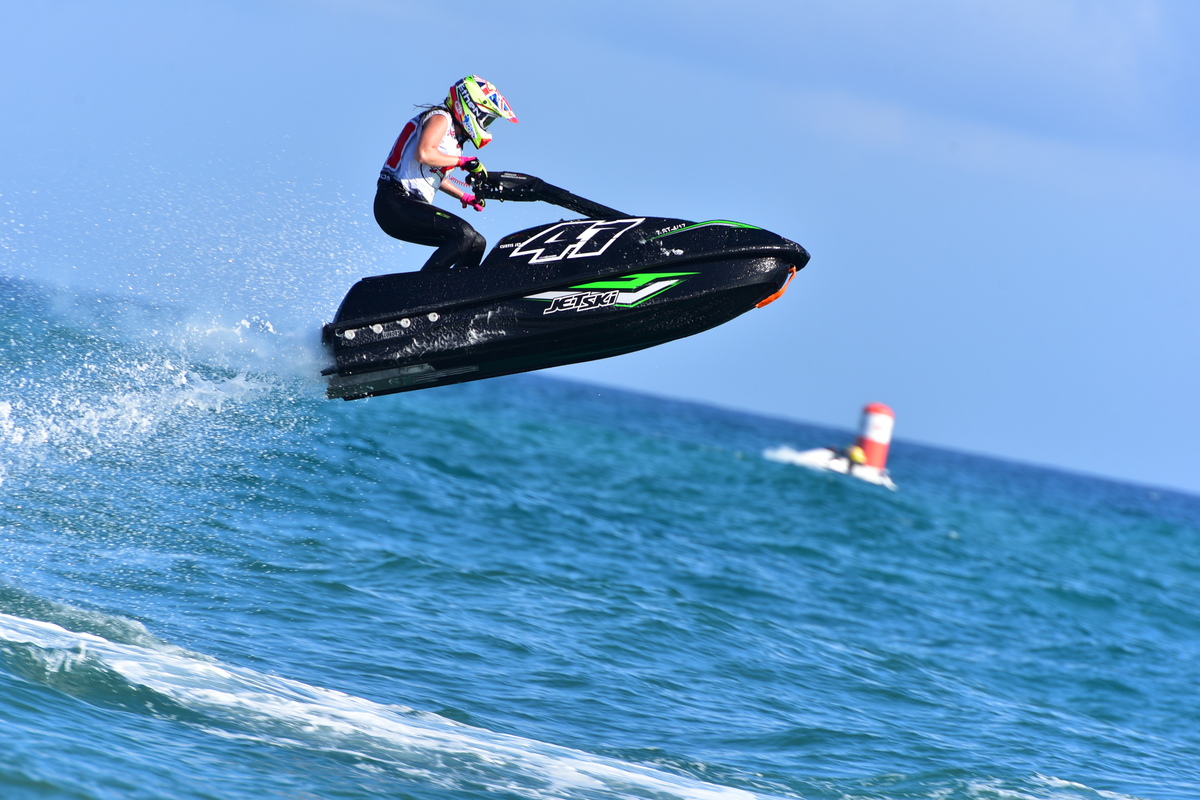 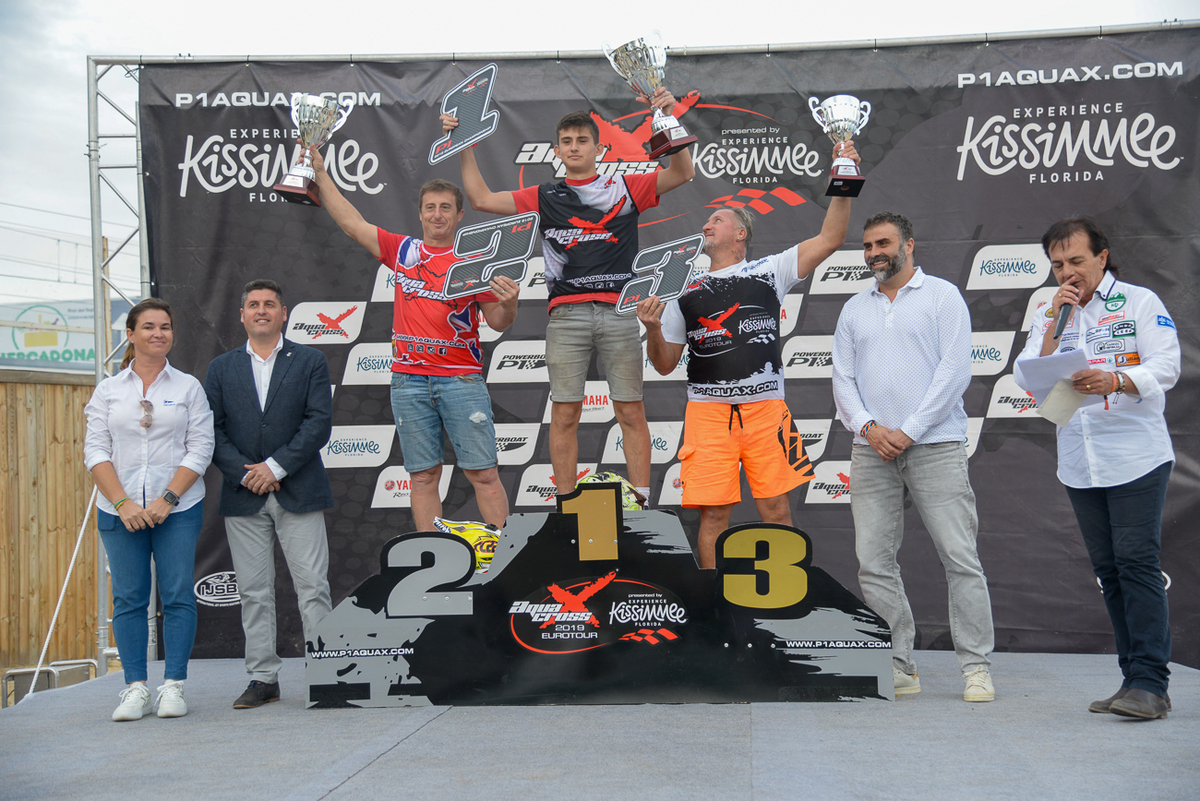 For the third consecutive year Port Balis on the Costa del Maresme, Sant Andreu de Llavaneres just north of Barcelona hosted the final round of the P1 AquaX EuroTour championship presented by Experience Kissimmee, with the event attracting more than 60 riders from across Western Europe.

This year it would be the Frenchman Alexandre Barret (Kawasaki) who would take home the overall victory in the Pro Enduro class, beating off reigning champion Thomas Favolini (Yamaha) and fellow compatriot Jordan Lambert (Kawasaki). “I’m very happy to have won this title and want to thank everyone involved at my team MJR, my family and the P1 team,” said Barret. “The conditions this weekend were perfect for me and it was a very enjoyable event. I am very happy to be the P1 AquaX EuroTour champion”

Britain’s Joe Harvey, who had arrived in Spain in third place in the championship standings, did not race having shipped his race craft to The Bahamas where he and Favolini will be competing in the P1 AquaX World Championship next month (8-10 November).

In the Enduro 300 class, first place was also taken by a Frenchman with Mike Testa (Kawasaki) fighting off British rider James Roberts (Yamaha) and Christophe Masson (Yamaha). But it was another Brit, Ethan Winchester who took the overall surprise victory on the weekend by finishing a remarkable third overall in all 3 Enduro races. “This is only my fifth AquaX event but my motocross background really helped out there today,” enthused Winchester “I’m definitely going Pro next year so the guys should watch out”.

In Enduro 200, the battle continued between French Yamaha riders. Yannick Berthelot was crowned 2019 EuroTour champion after a superb season, followed by Fred Delmas and David Latoud. “I have enjoyed the season, had some great battles and I’m already looking forward to next year” said Berthelot. However, the Port Balis round was won by Lionel Espinet with Marvin Martinez (Kawasaki) and Berthelot in second and third. Despite their lack of horsepower, all three 200 class riders finished in the top 10 with Espinet in fifth place.

Englishman Elliot Cable (Yamaha) clinched the overall Sprint SE title, followed by Belgian Tom Clearhout (Sea-Doo). The only female in the pack, Spanish rider Cristina Lazarraga (Sea-Doo), took third place. However, it was Spain’s Carlos Vela (Yamaha) who dominated the weekend both in the Sprint SE category and the Yamaha EXR Cup. Vela is a Madrid racer who trains between Valencia and Amposta and he was competing in AquaX for the first time. He commented: "I wanted to race to see the level of the best in Europe because I already have some Spanish titles but not European."

In the Pro Sprint 4S, a class for Kawasaki 1500 Jet Ski, Britain’s Mollie Fearn took the honours, finishing ahead of Frenchman Jeremy Dubosc and Germany’s Philip Salobir after a challenging day on the water. “It was really tough out there today, but fun” said Green. Harry Robinson had a mixed weekend with two withdrawals on Saturday due to mechanical problems. However, the youngster fought back on Sunday easily winning the final two races of the season. “It just wasn’t my year this year, but we’ve got one more to go (Bahamas) and that’s the big one” commented Robinson.
Dubosc who would take the overall title back to France with Green edging out Robinson for second. Both Green and Robinson will be heading west to compete at the P1 AquaX Bahamas World Championships alongside team mate, Joe Harvey.

The AM Sprint title was fought out between father and son Baptiste and Christophe Calmels (Kawasaki) from France, sharing two wins each and to finish level on points. However, championship rules state that the win will be awarded to the winner of the final race so victory went to Baptiste. Fane Lagier (Kawasaki) finished in third.
The Junior Sprint category was won by Mathys Mézière (Yamaha) with his compatriot Valentine Coutier (Kawasaki) finishing second.

Port Balis completed the 2019 EuroTour and now all eyes are on The Bahamas for the AquaX World Championship.