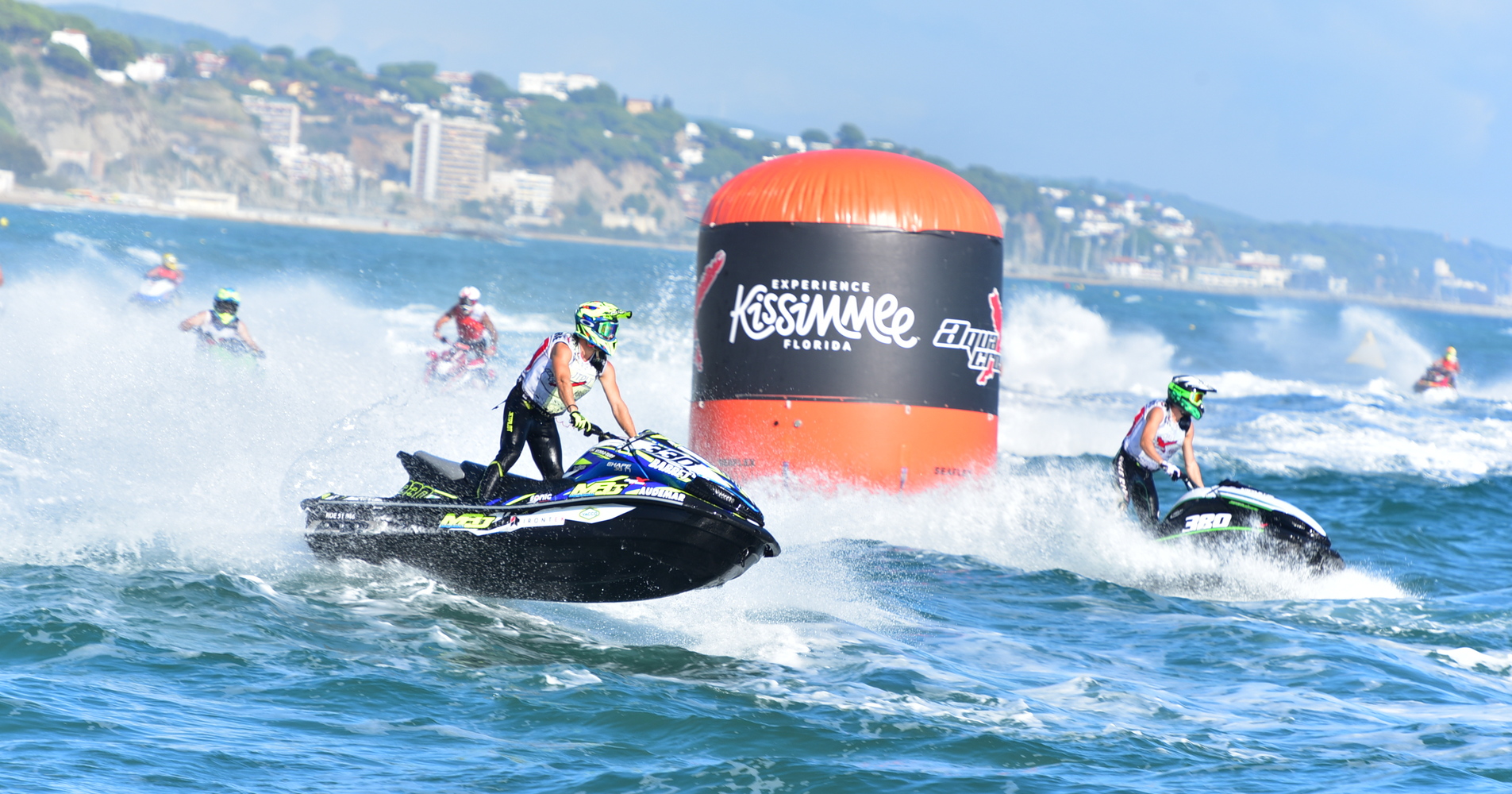 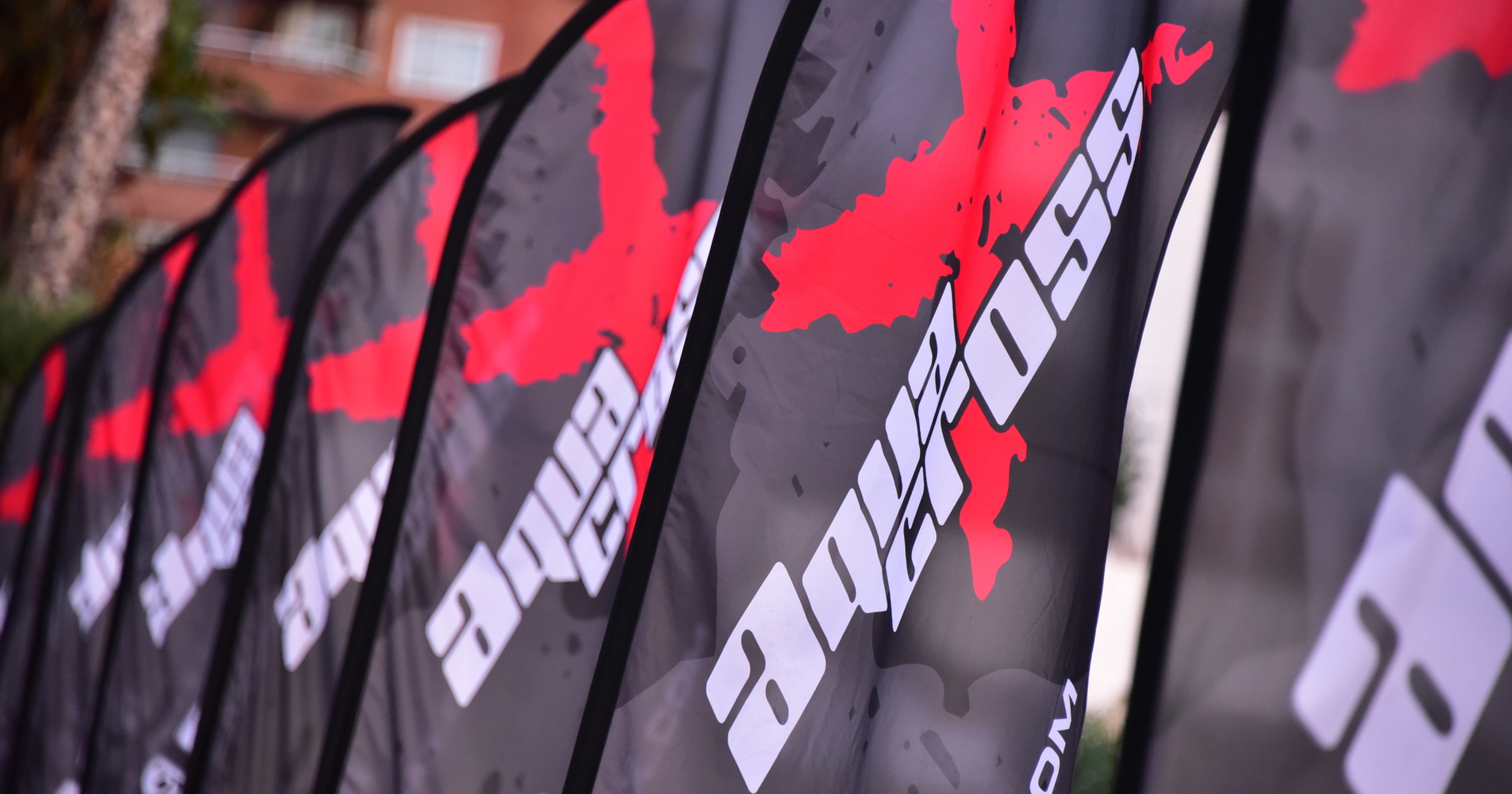 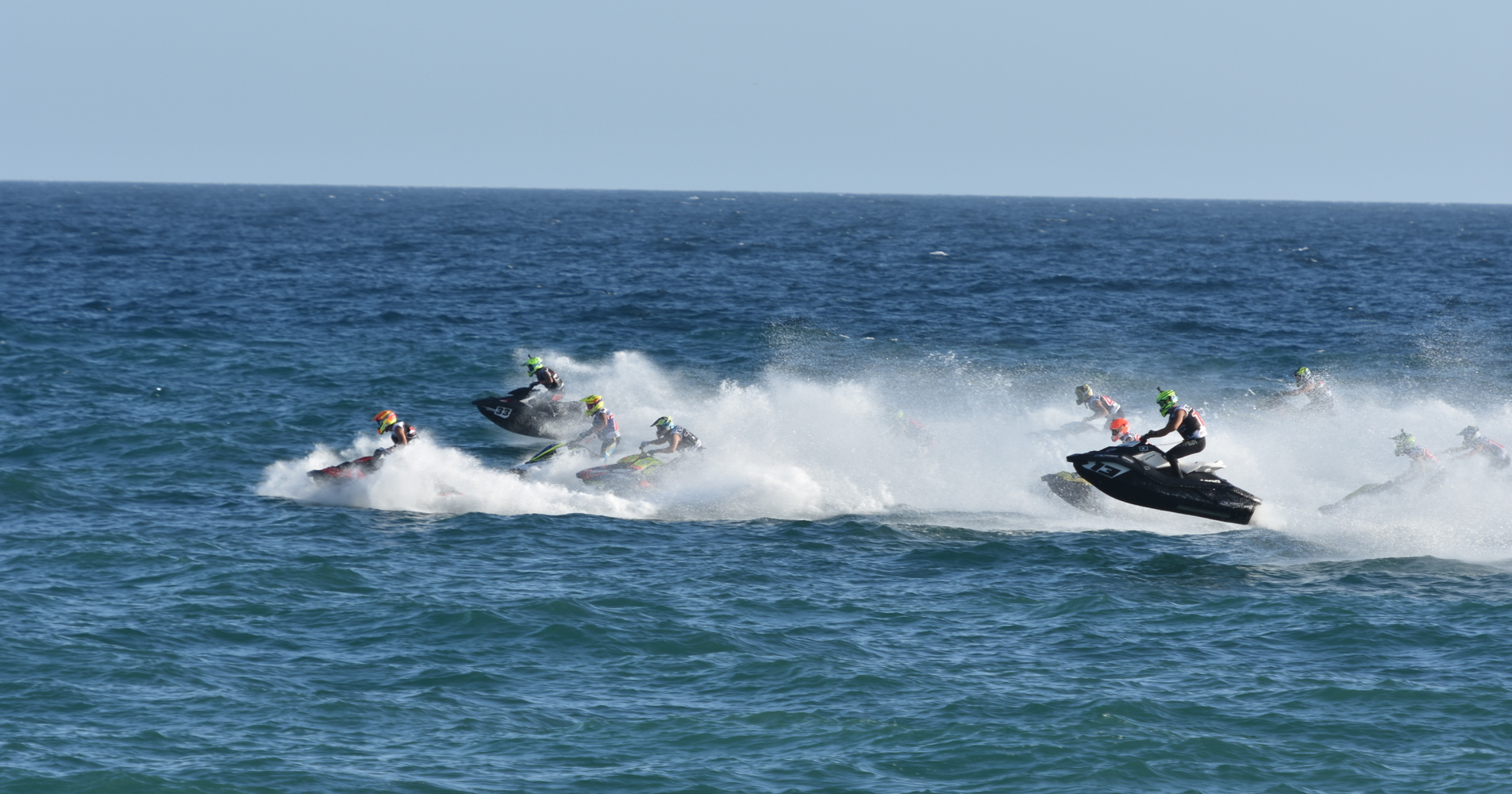 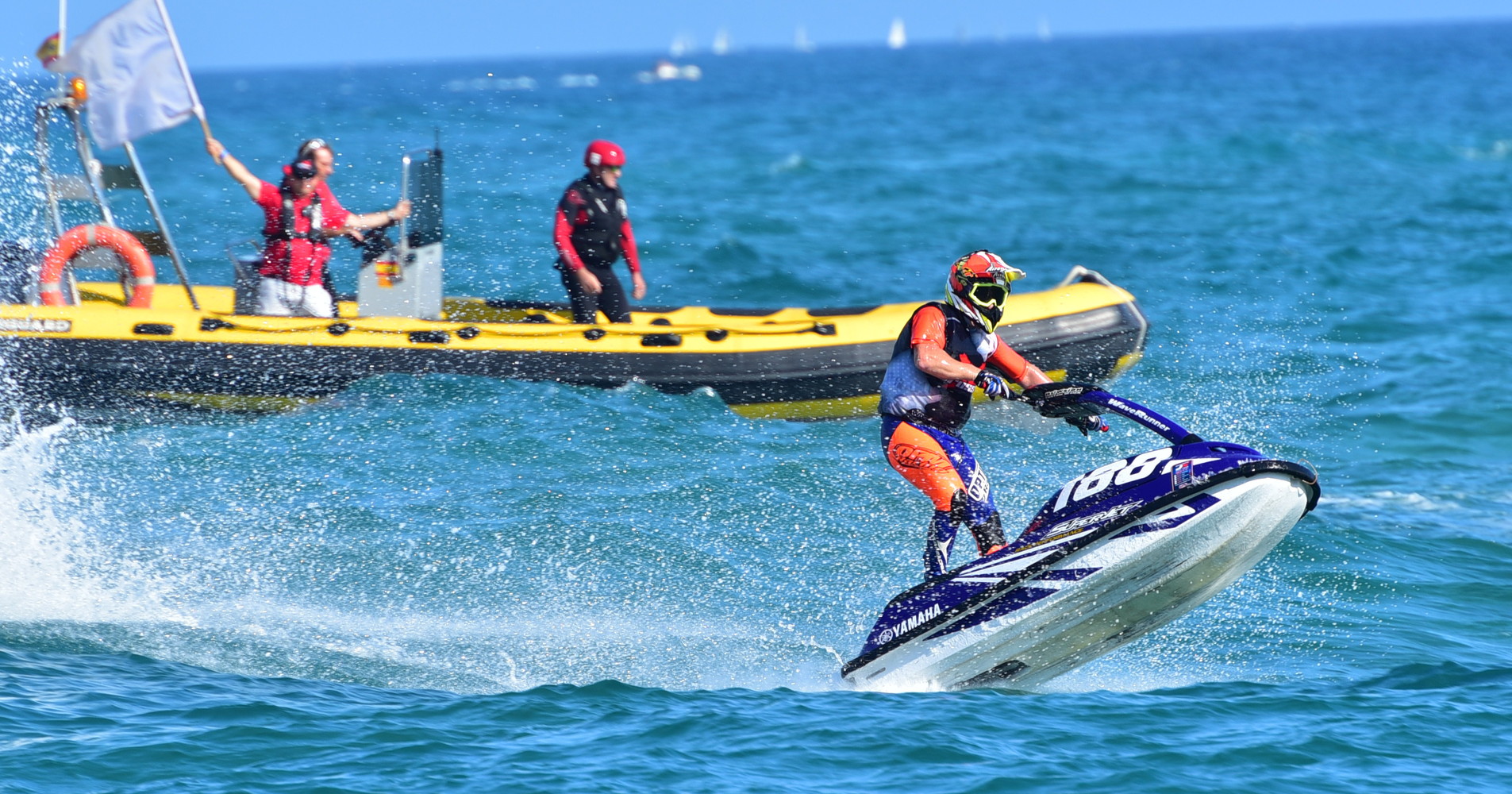 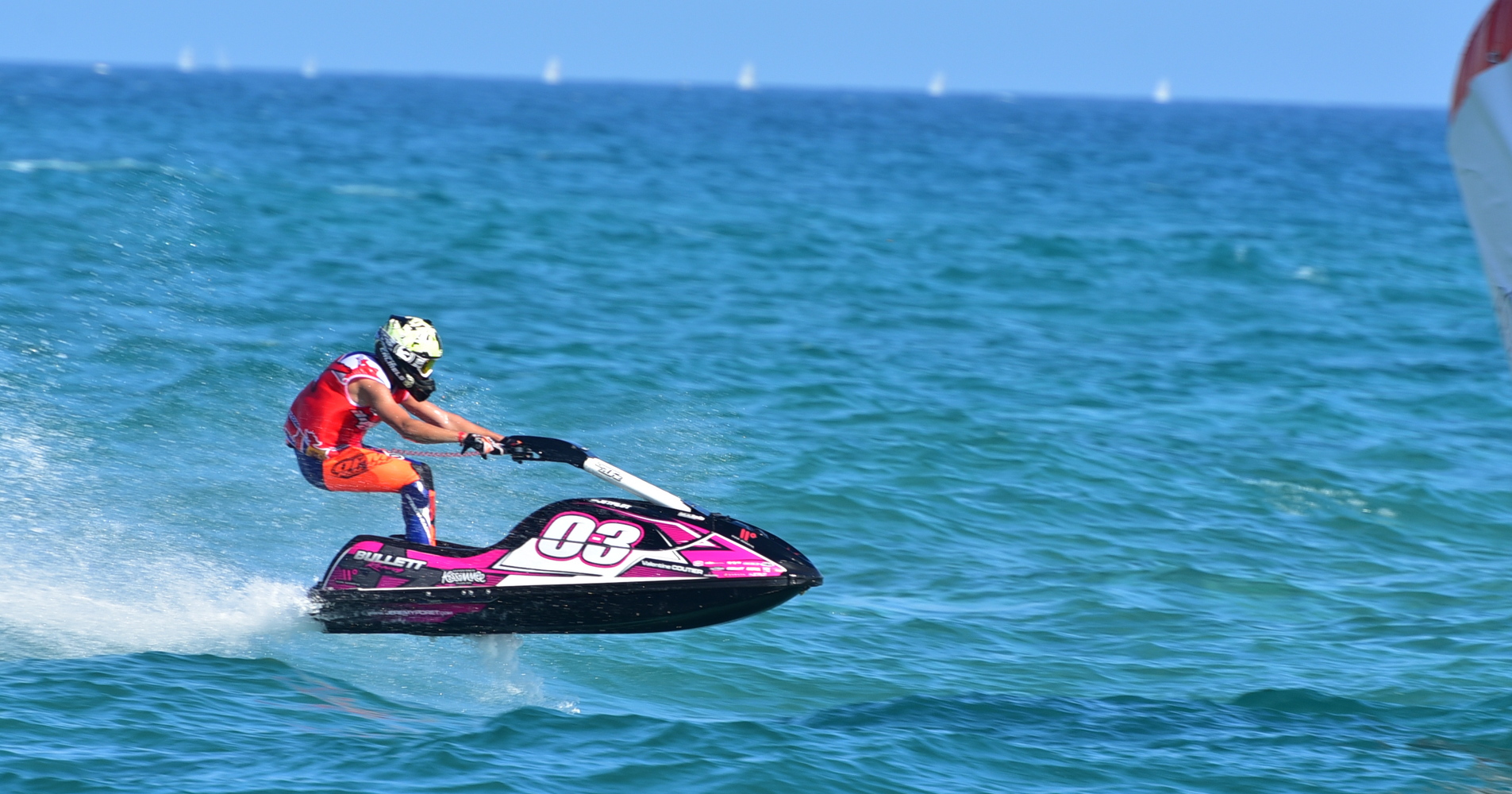 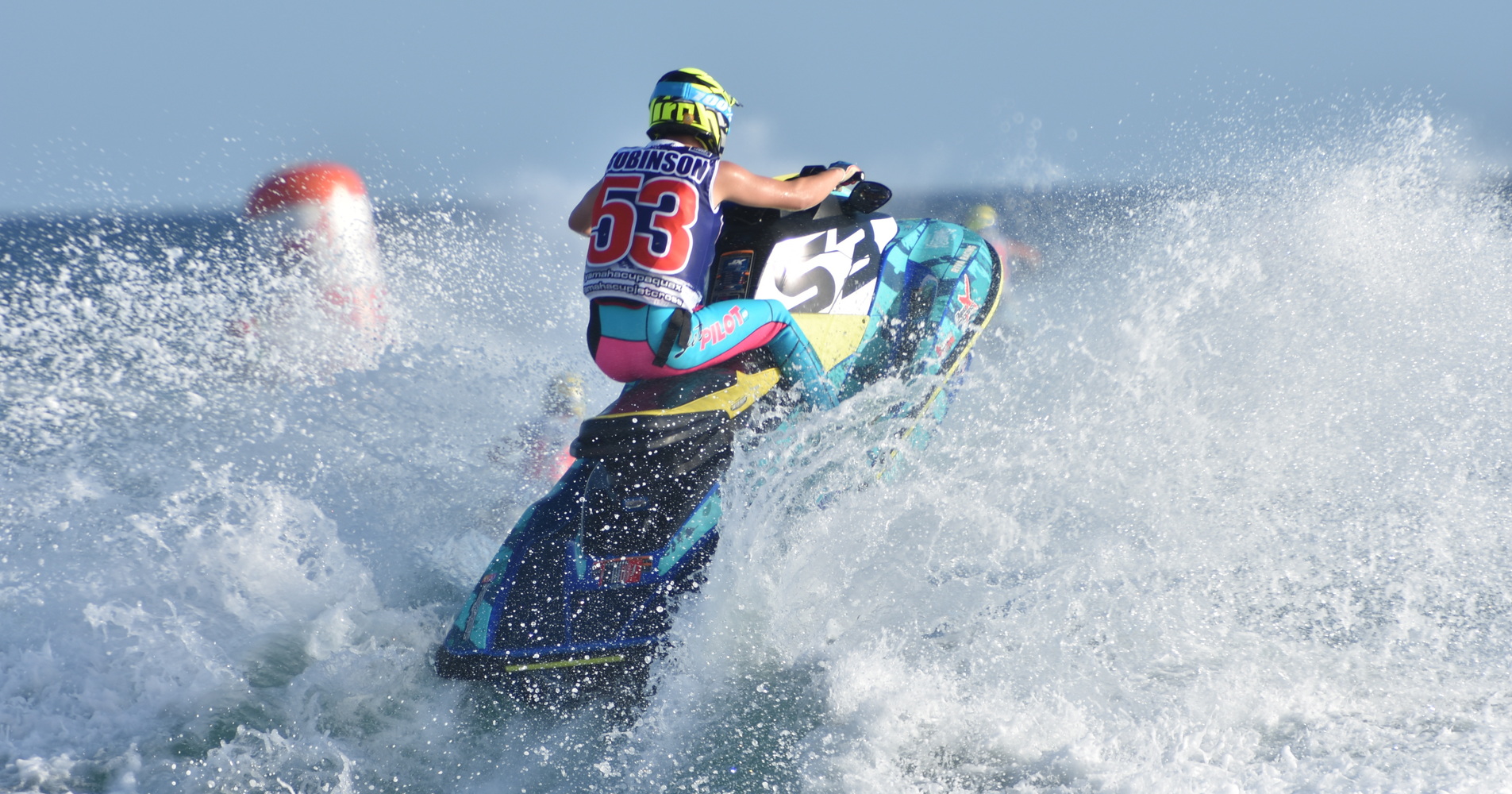 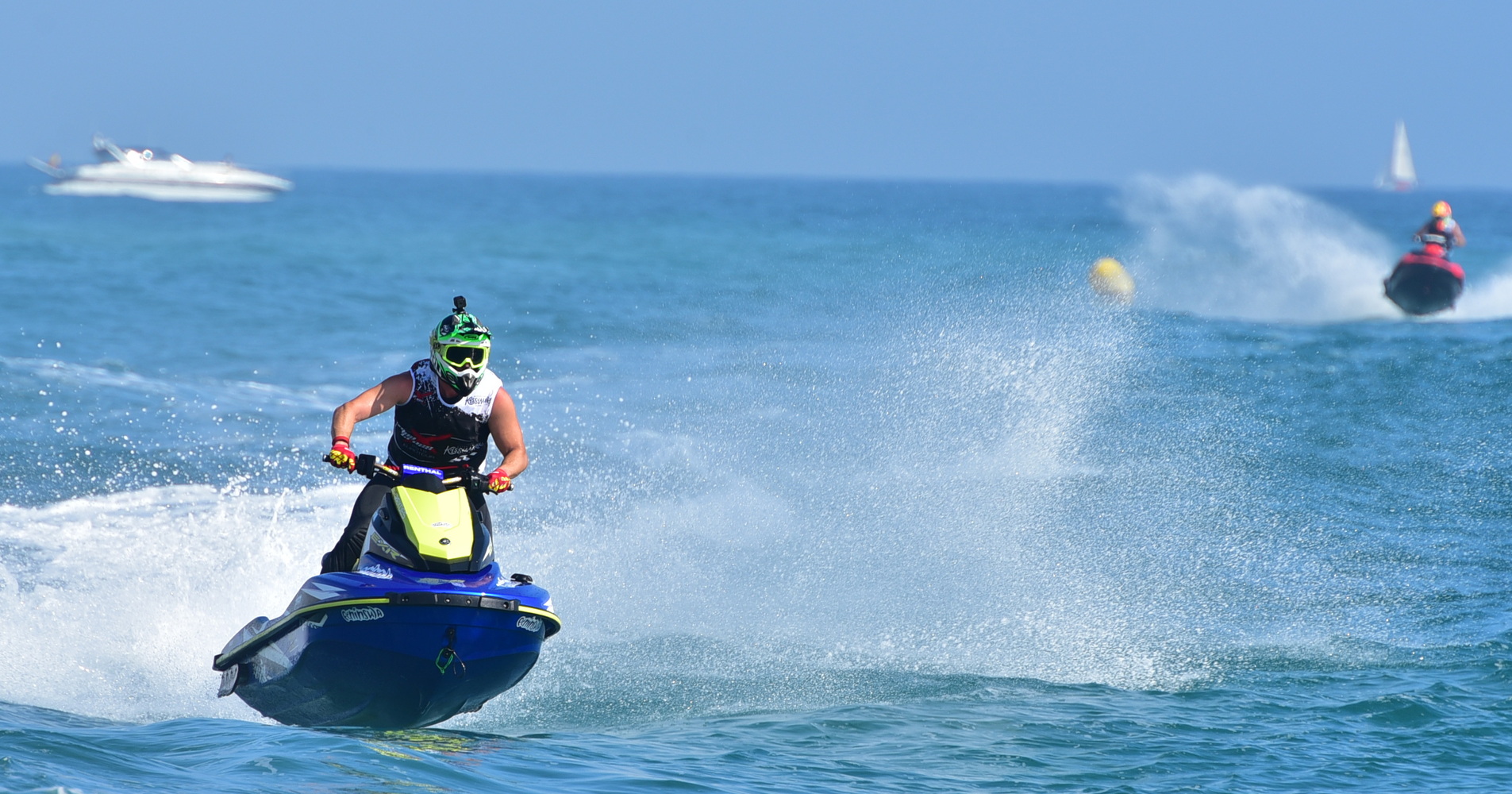 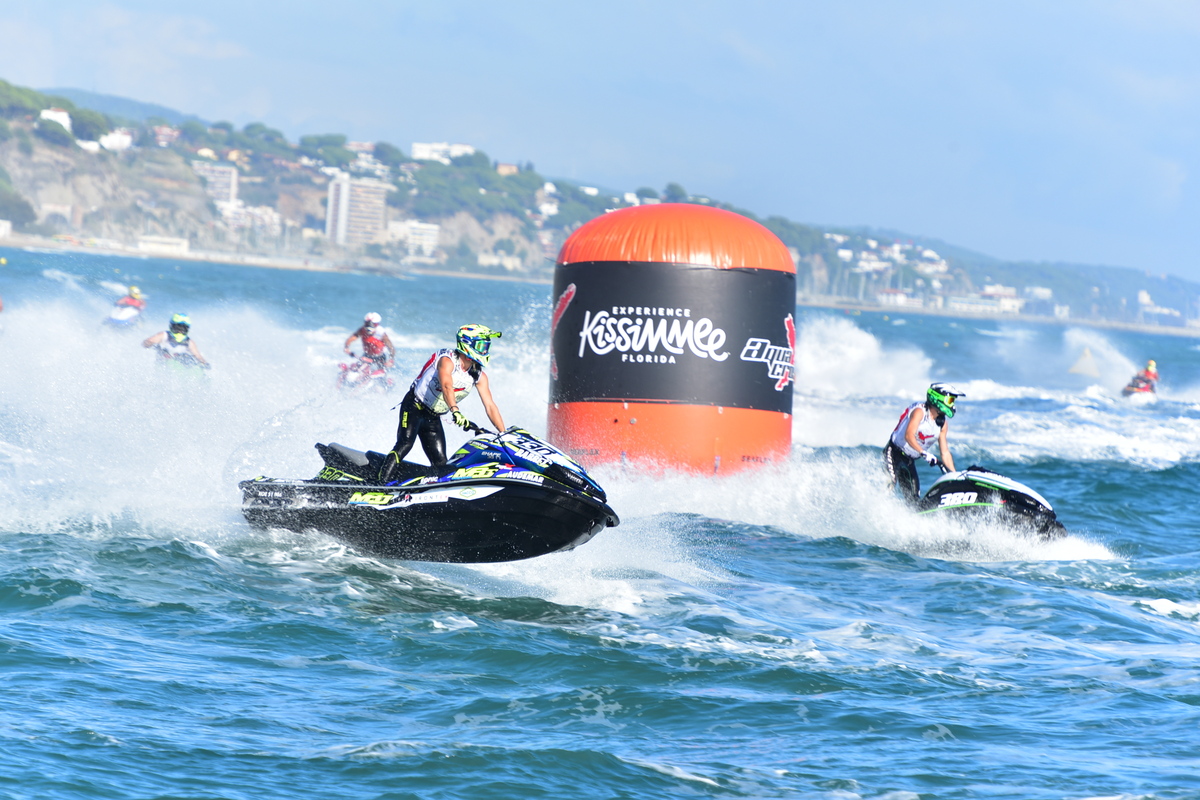 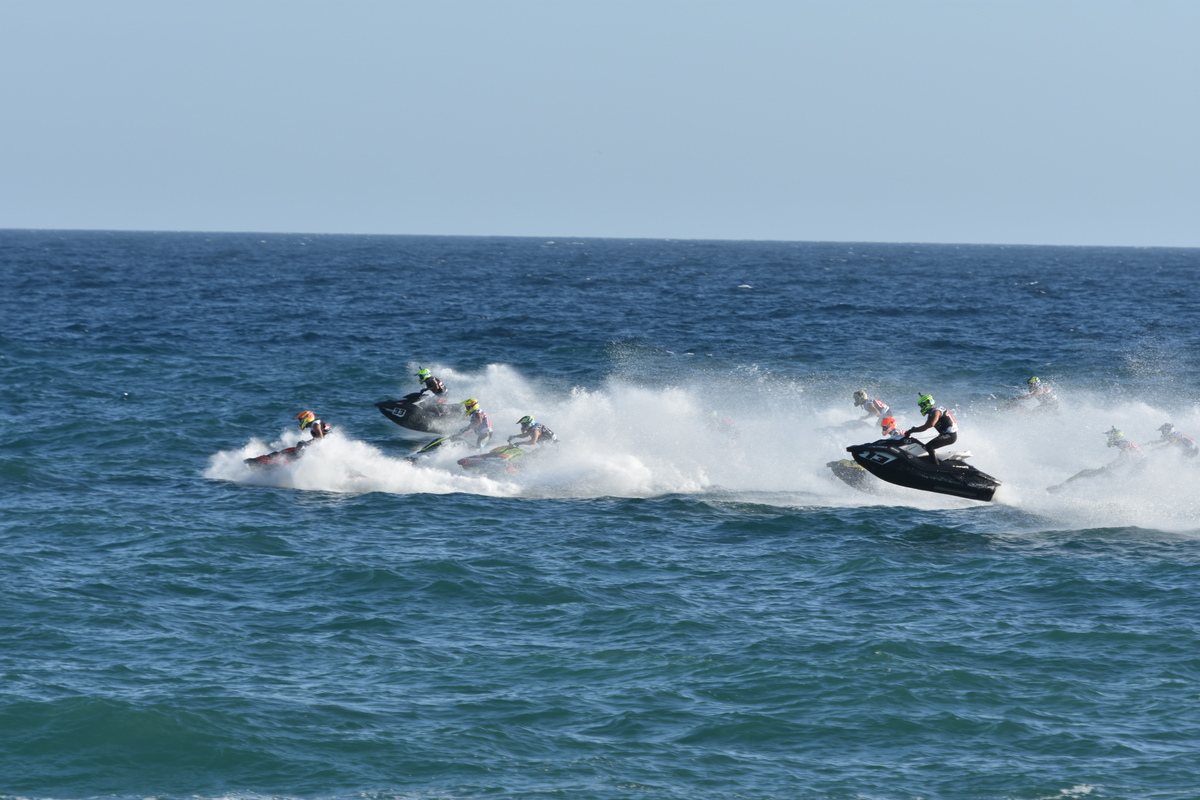 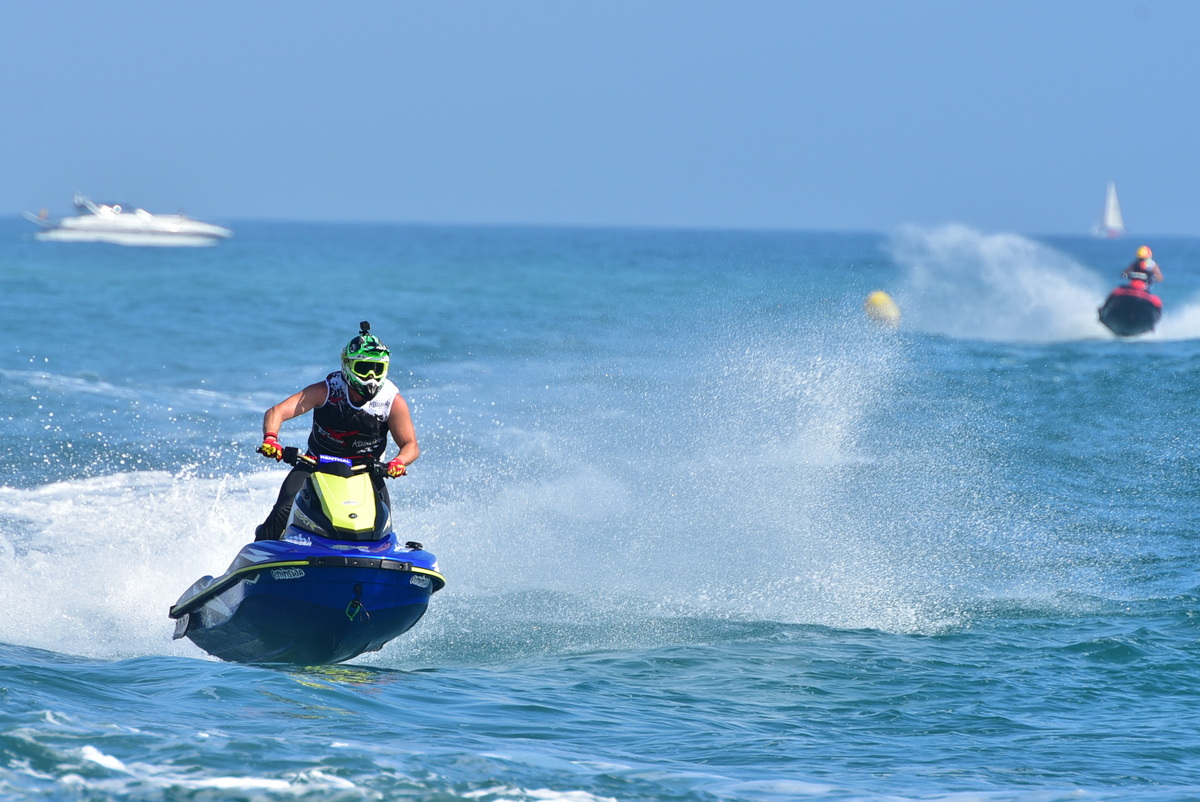 Brilliant Barret in his element in the waves of Port Balis.

The opening day of the final round of the P1 AquaX EuroTour, presented by Experience Kissimmee, in Port Balis, Spain offered up the season’s most challenging conditions so far testing both the rider and their equipment to the maximum. However, Alex Barret, the Pro Enduro championship leader looked like he was relishing every moment. Leading from start to finish Barret was in a league of his own as he lapped the entire field with 3 laps to go. “Barret is one of the best riders in the world in these kinds of conditions. He has such a fluid style and confidence that he’s a delight to watch,” commented Head of AquaX Global Lisa Barsby.

Fellow compatriot and rival Thomas Favolini finish a solid second but hopes of retaining his Championship title are looking increasingly unlikely, but with fifty points left on the table and two races still to run it is mathematically possible for Favolini to take the win.
Jordan Lambert came home in third increasing his chances of an overall championship podium, Carl Lofthouse in fourth.

The young British upstart Ethan Winchester once again defied the odds to beat a more experienced field including the Champion-Elect Mike Testa to the win the AM300 class and to finish third overall.
Testa had a bad start but managed to make his way through the pack to finish second ahead of Welshman James Roberts.

In the AM200 class Lionel Espinet rode his Yamaha HO to victory ahead of Jetcross star Marvin Martinez riding the Kawasaki 15F, and championship leader Yannick Berthlot. Yet despite their lack of horsepower all three 200 class riders finished in the top 10, with Espinet finishing in fifth.

The Sprint SE class wins were shared by Spanish racer Carlos Vela who was racing the Yamaha EXR and Sea-Doo Spark racer Phillip Salobor. The two riders put on a great show dicing back and forth in the waves head of David Rodriguez and a large field of over 20 racers. Championship leader Britain’s Elliot Cable is laying in fifth and securing enough points to take the title with two races to spare.
Vela also picked up max points towards the Yamaha EXR Cup, a standalone class for Yamaha EXR owner.

Britain's Mollie Fearn was flying high in the Pro Sprint class. Fearn took on the boys, coming through the pack and winning Race 1. Championship leader, Jeremy Dubosc, got the better of Fearn in Race 2 and leads going into tomorrow's final two races. Phillip Salobar came in third.

Father and son Christophe and Baptiste Calmels shared the wins the Am Sprint after a cat and mouse dice in the big waves. “It wasn’t easy out there especially for the stand up racers, but they put on a great show for us,” said Barsby. “and we’re expecting bigger waves tomorrow.”

Racing starts at 10am with Pro Sprint. For live results check kronotek.com