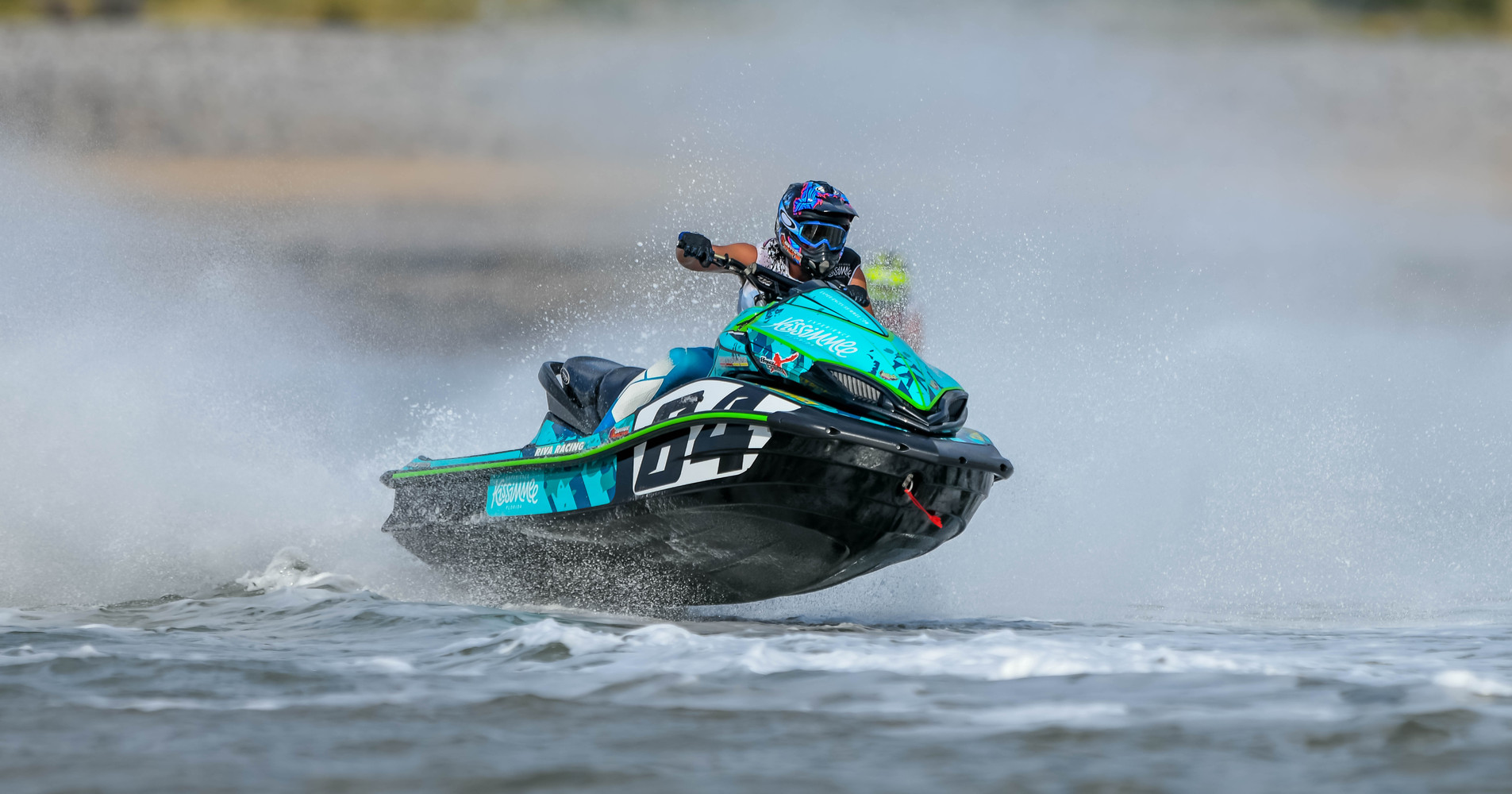 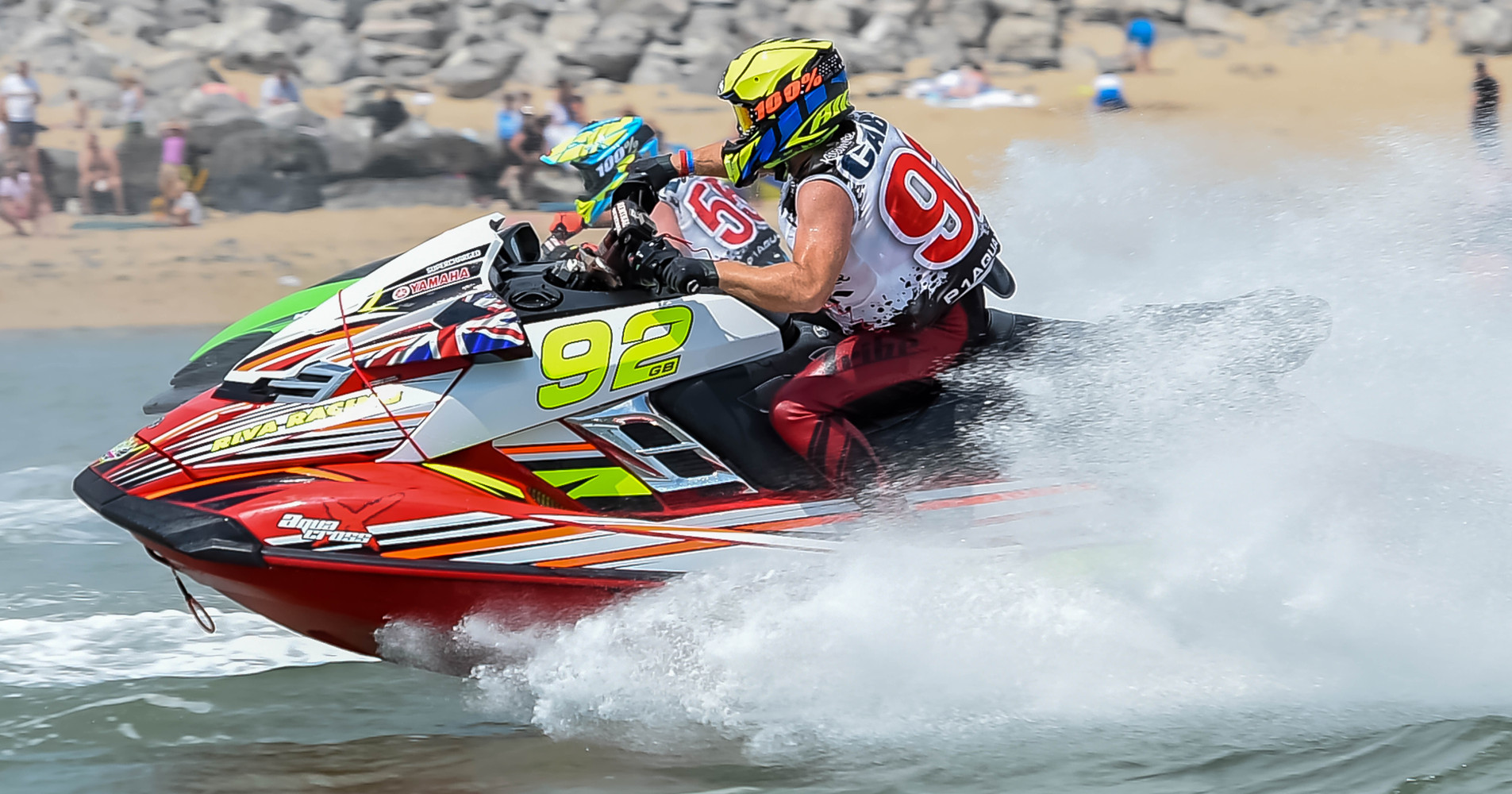 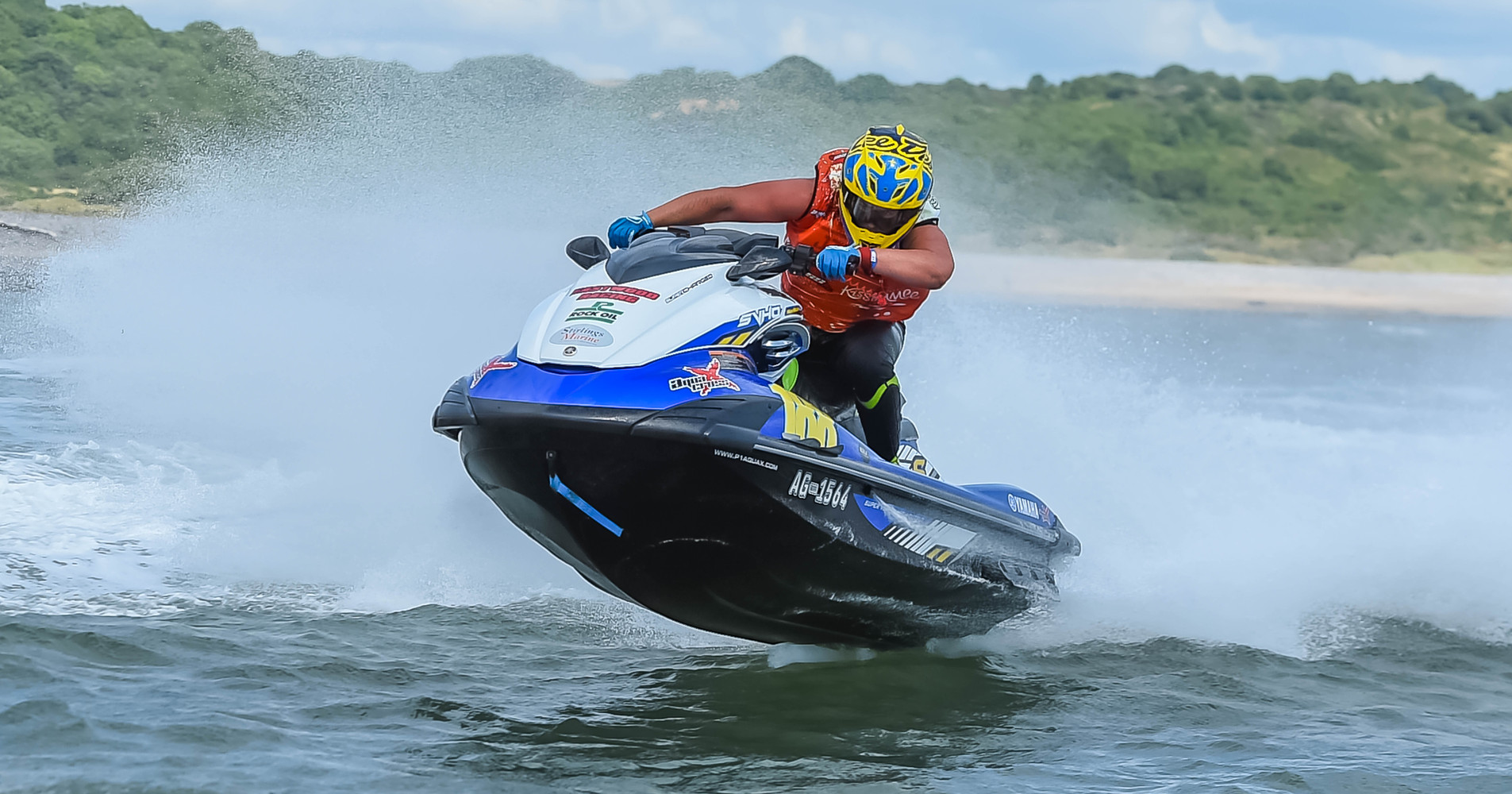 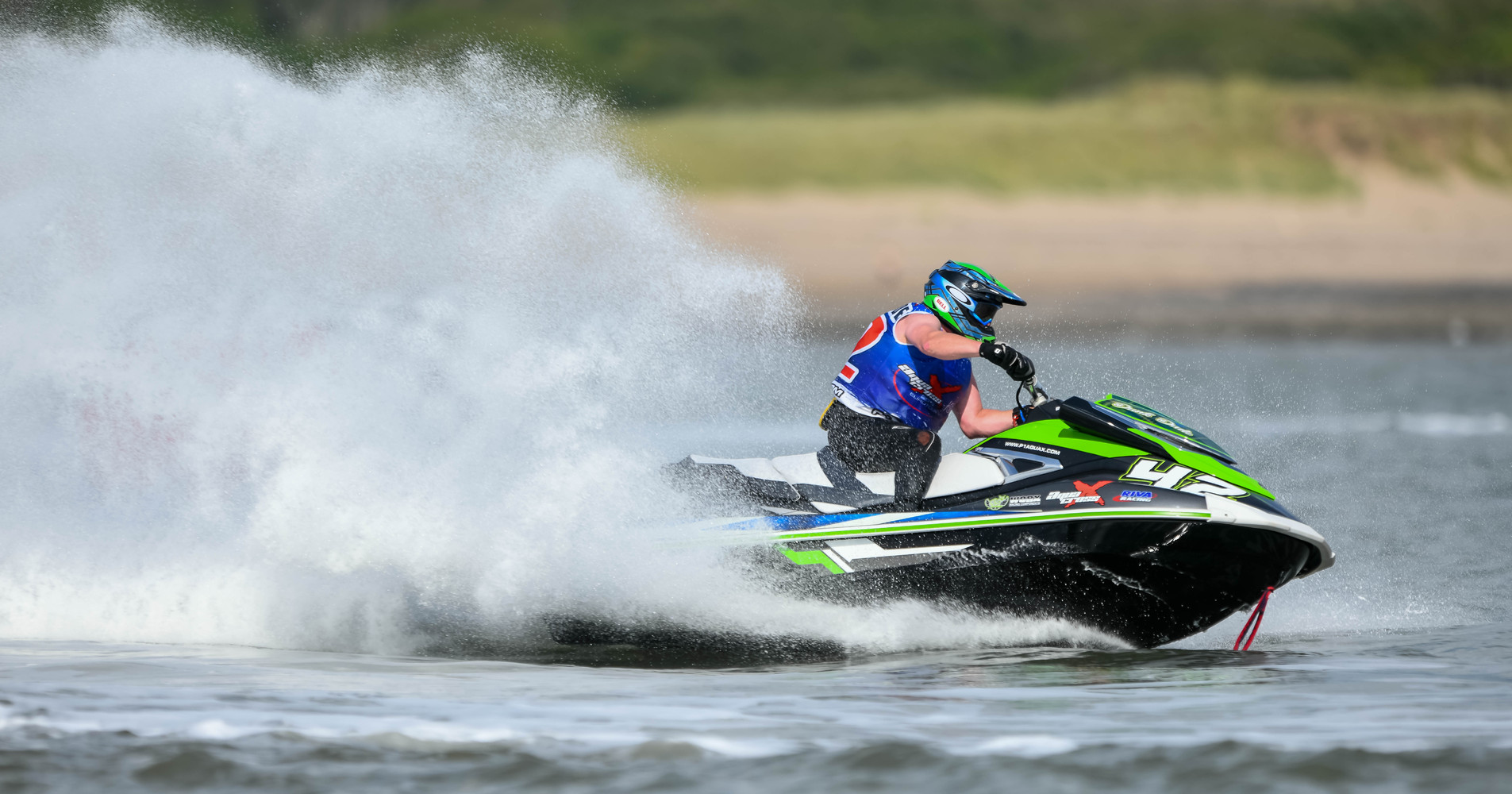 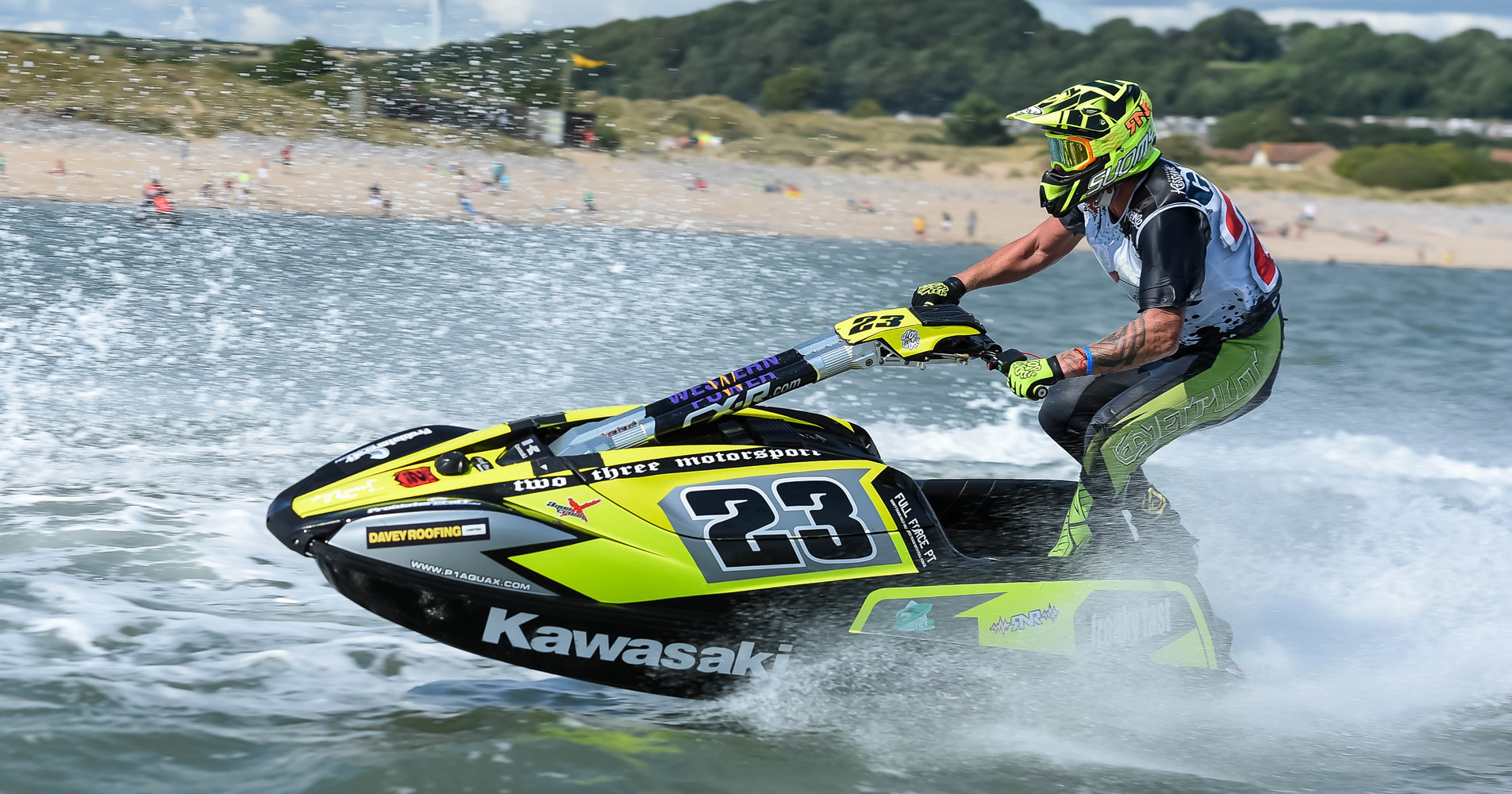 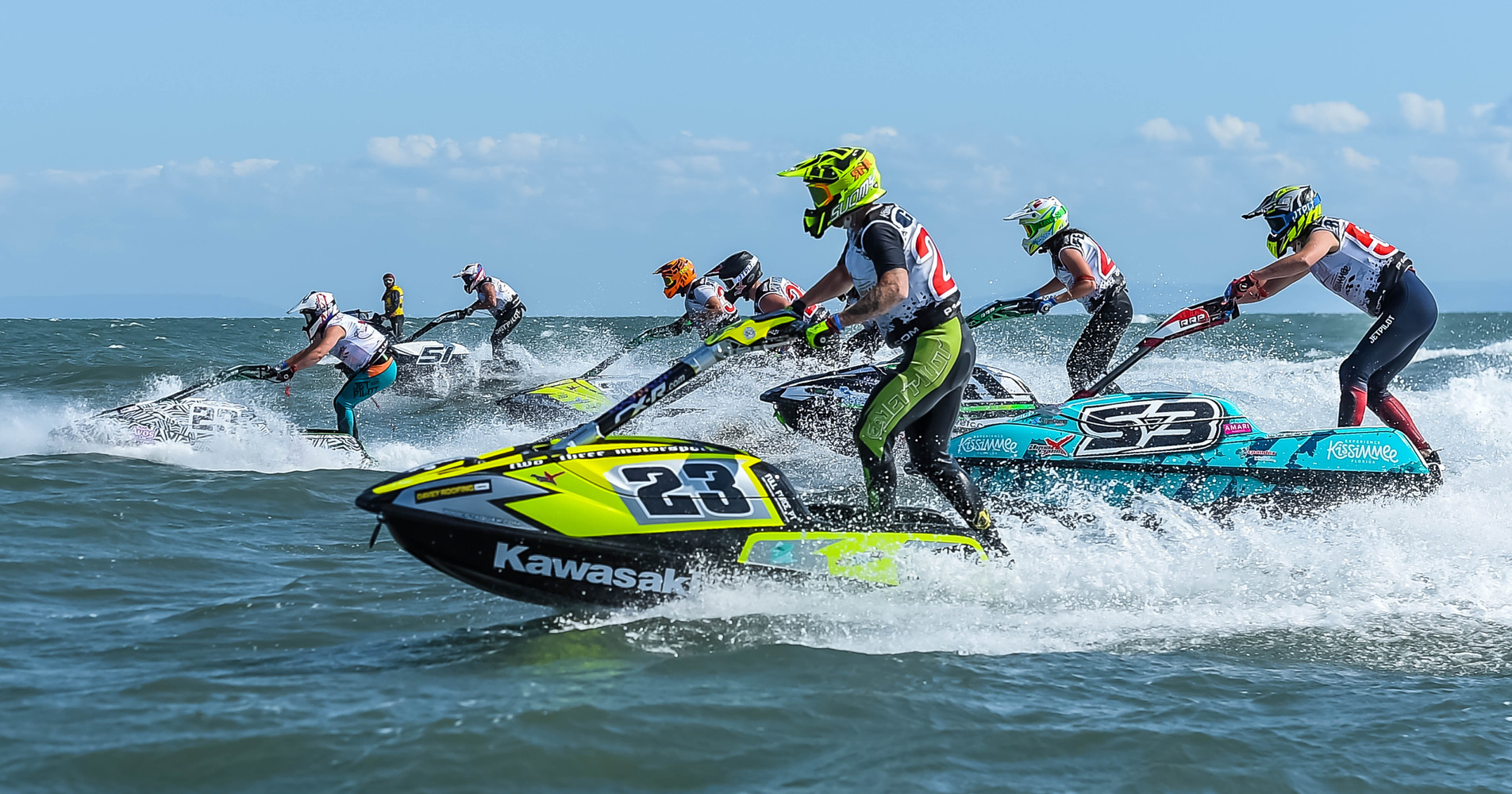 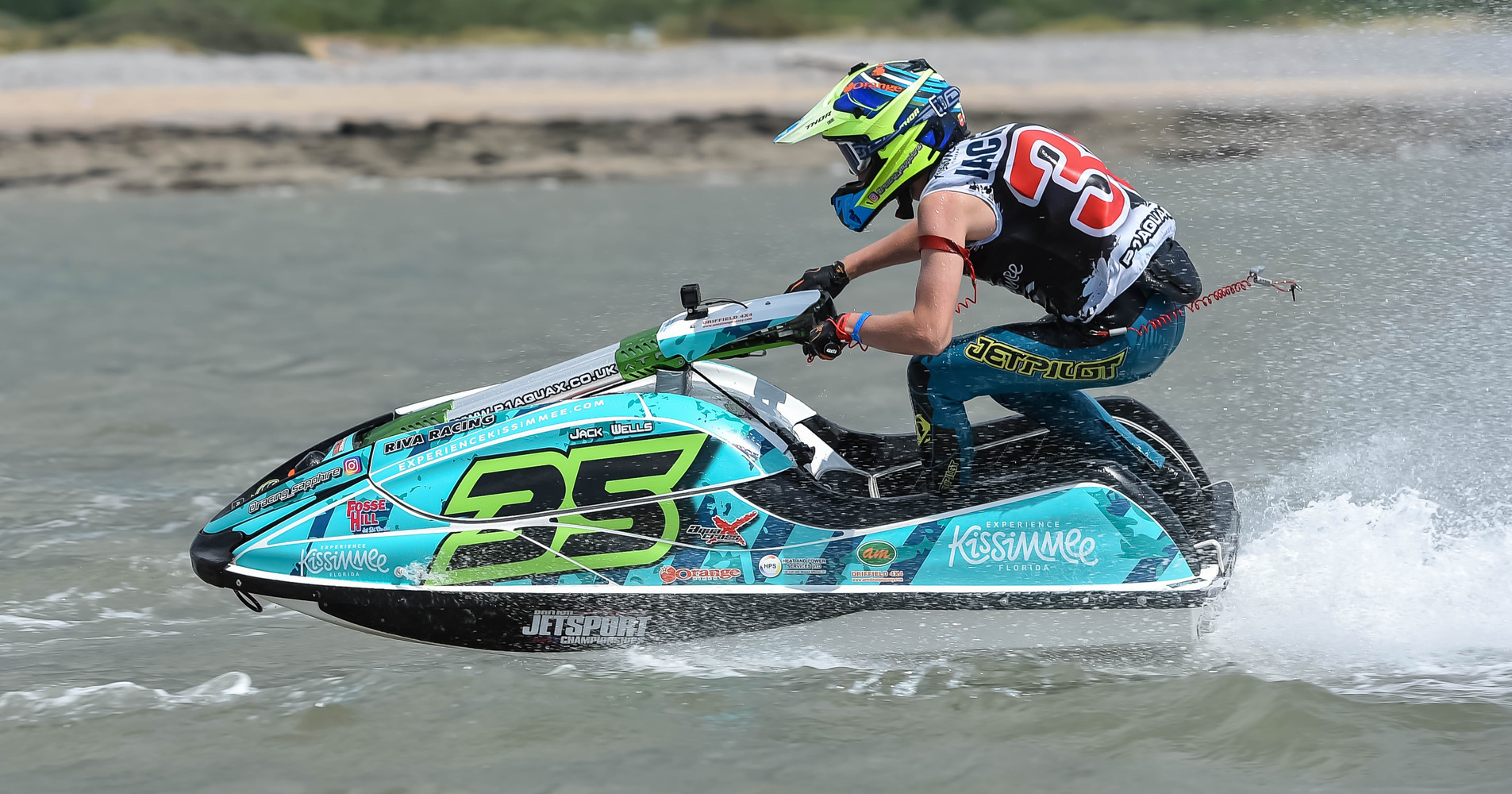 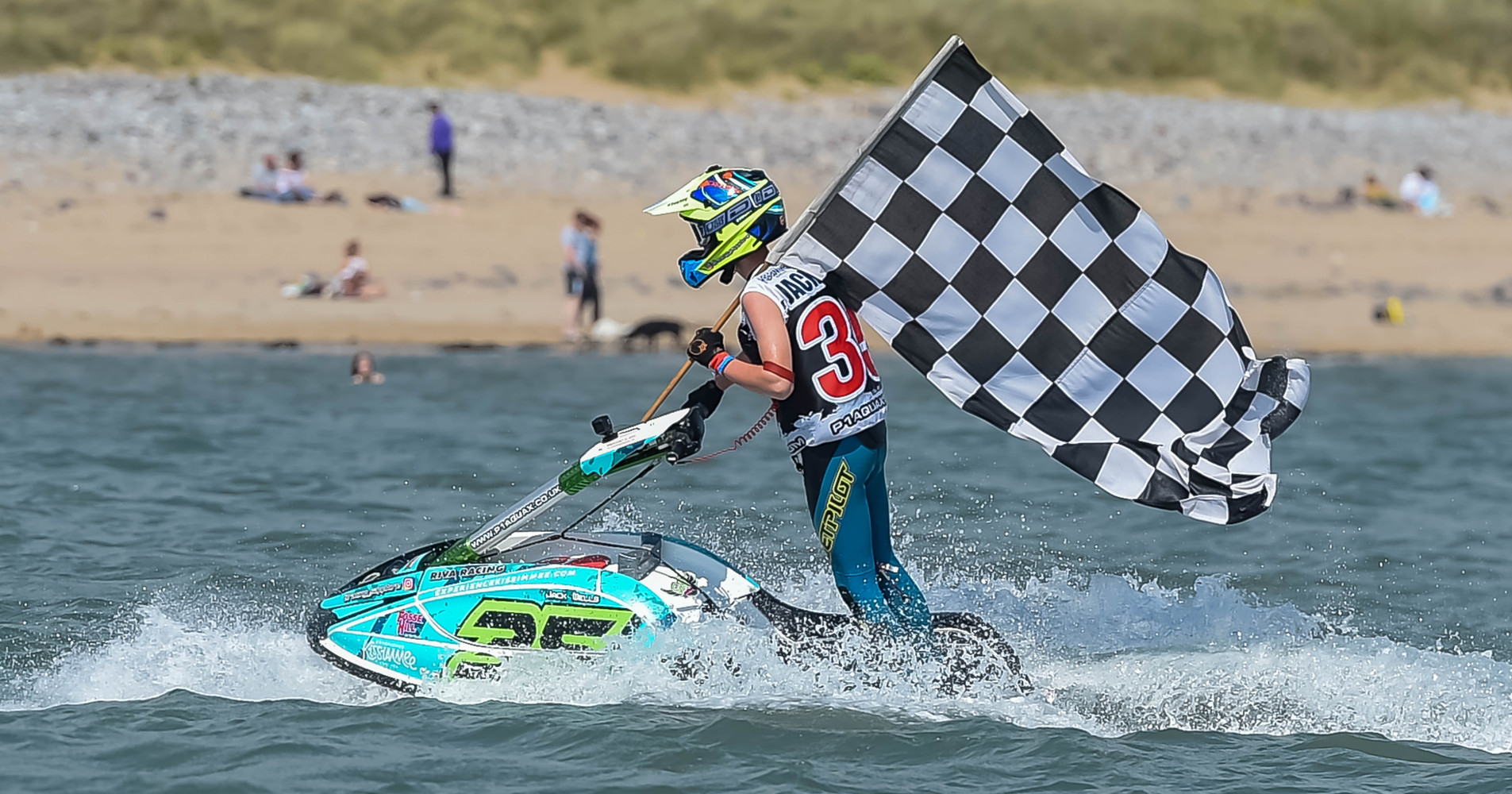 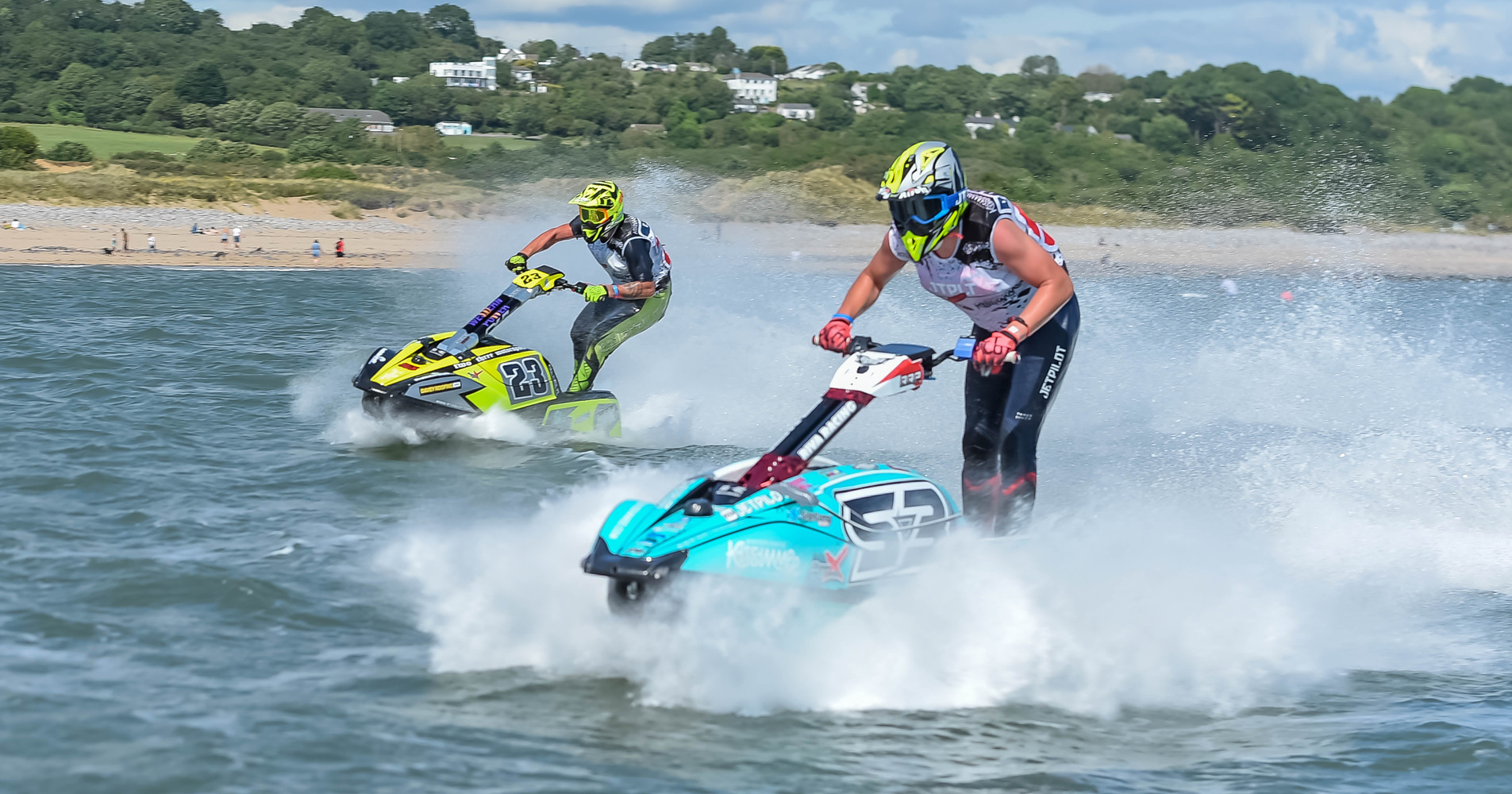 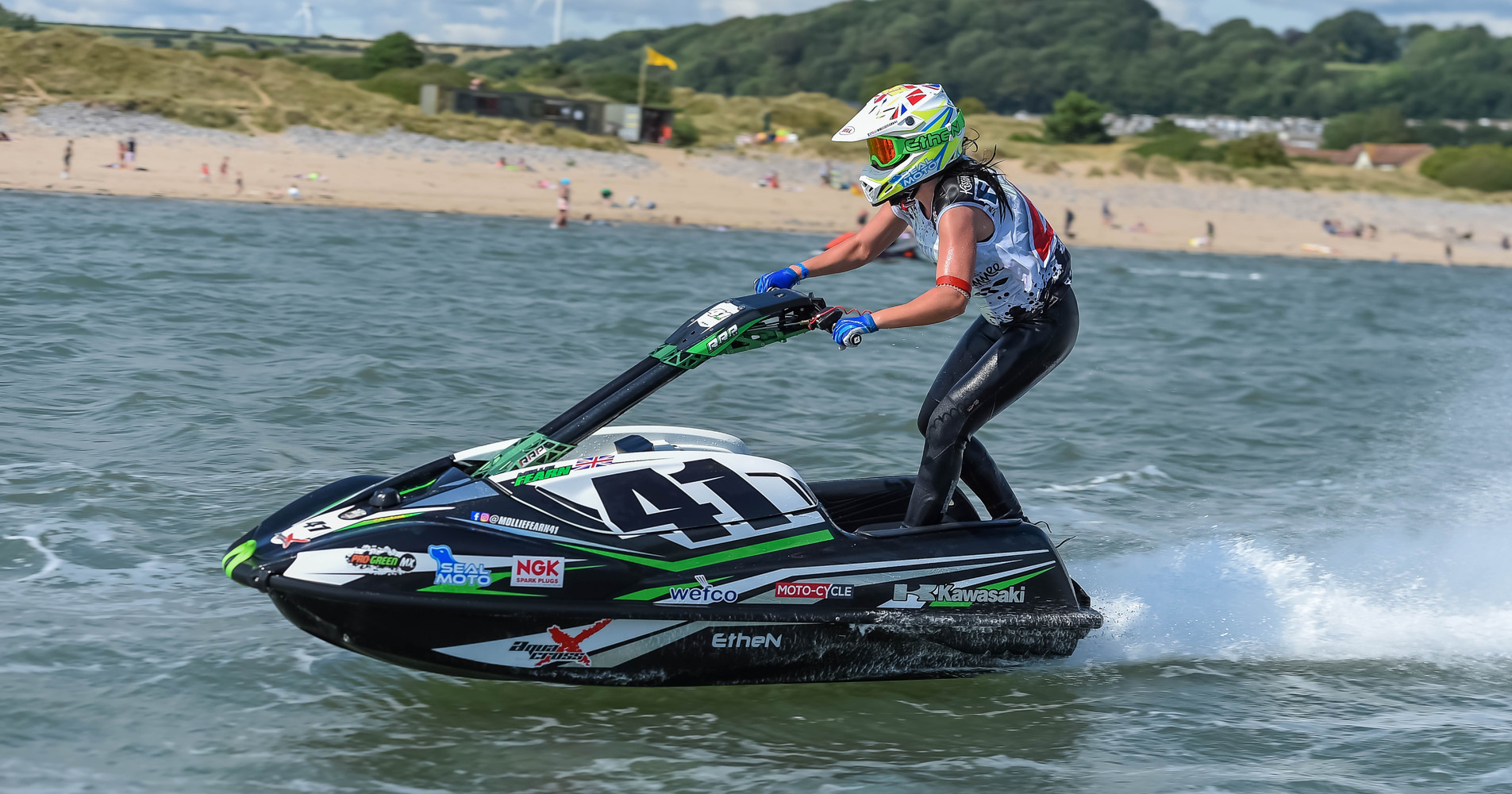 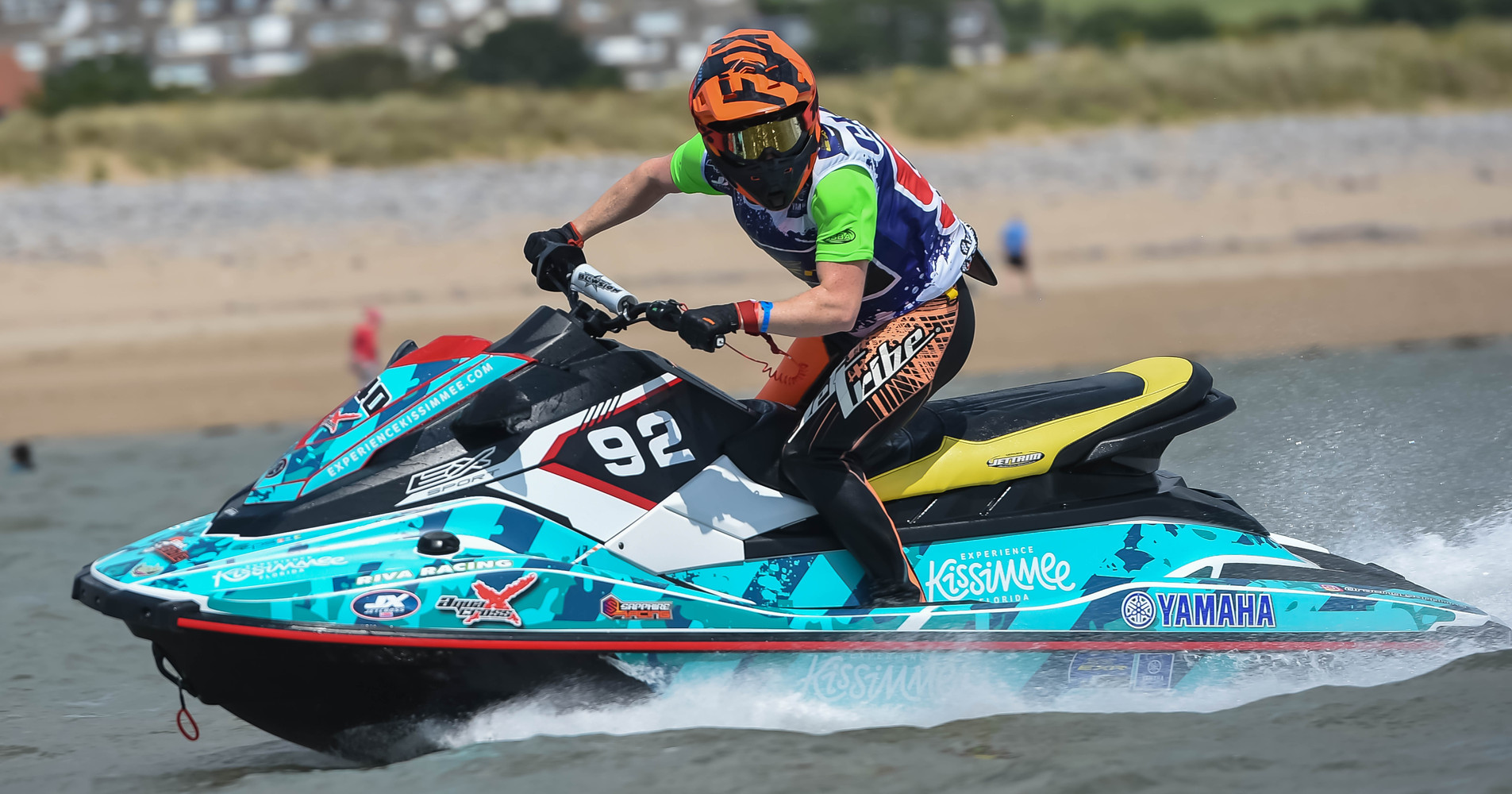 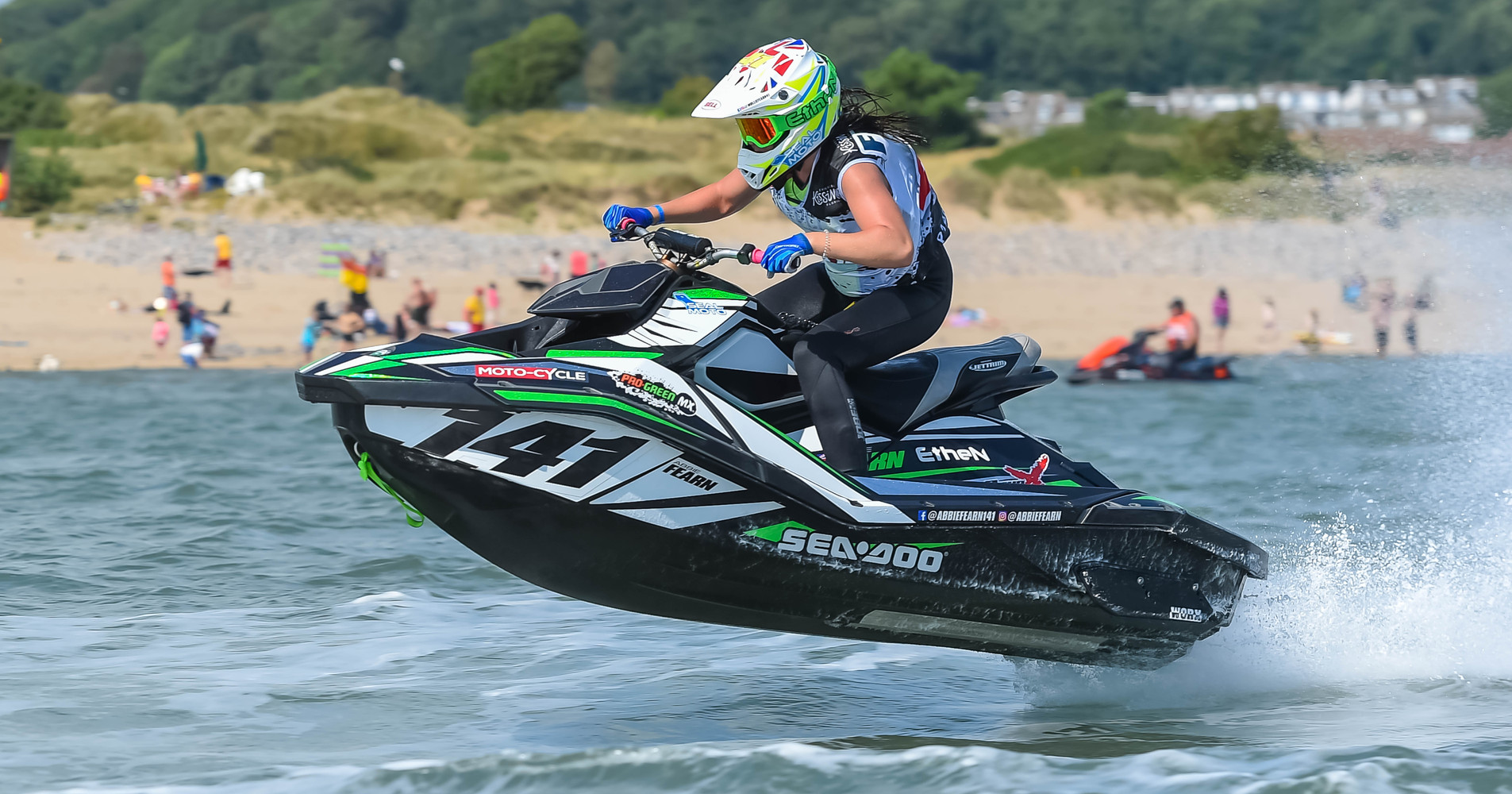 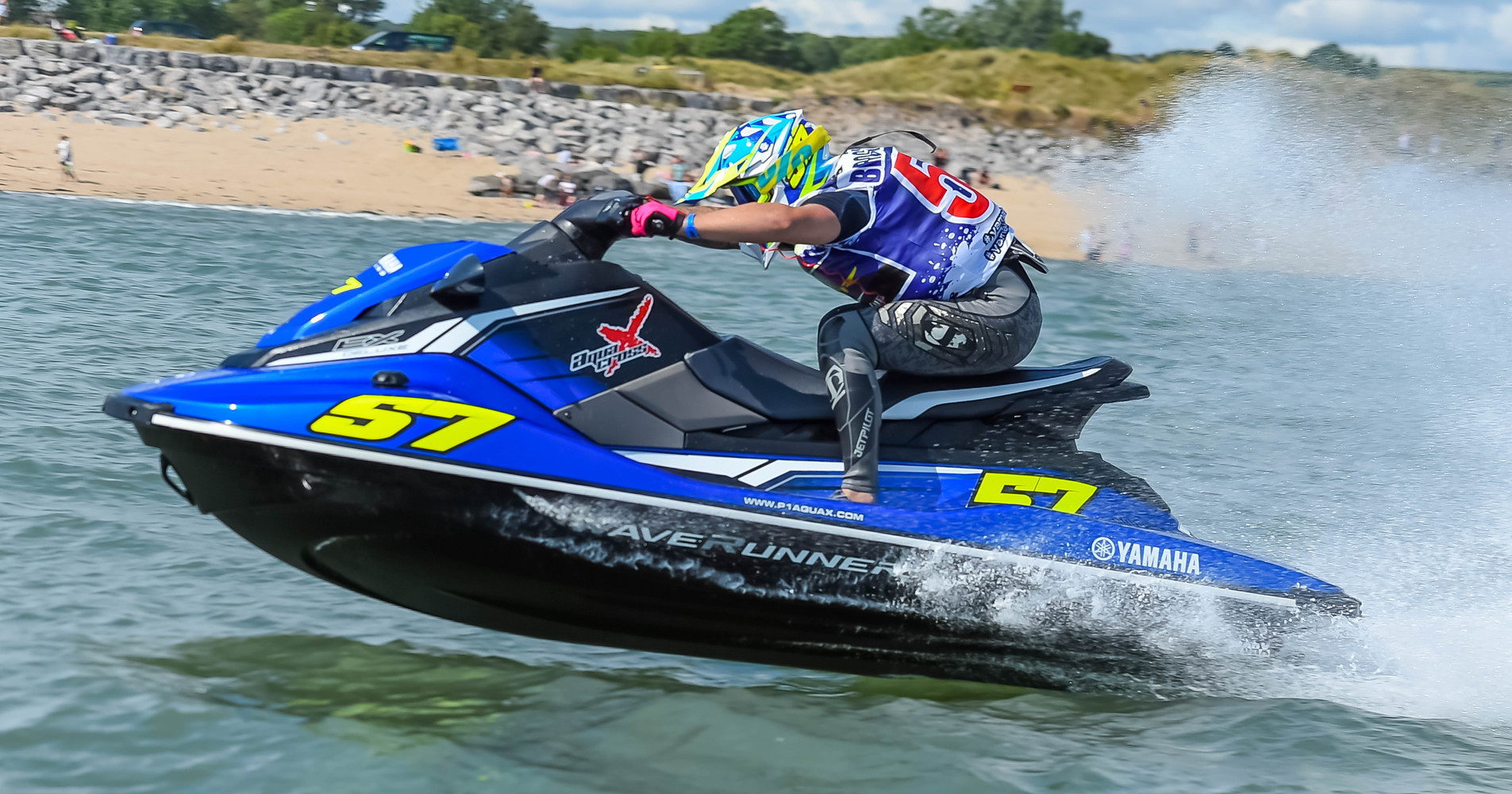 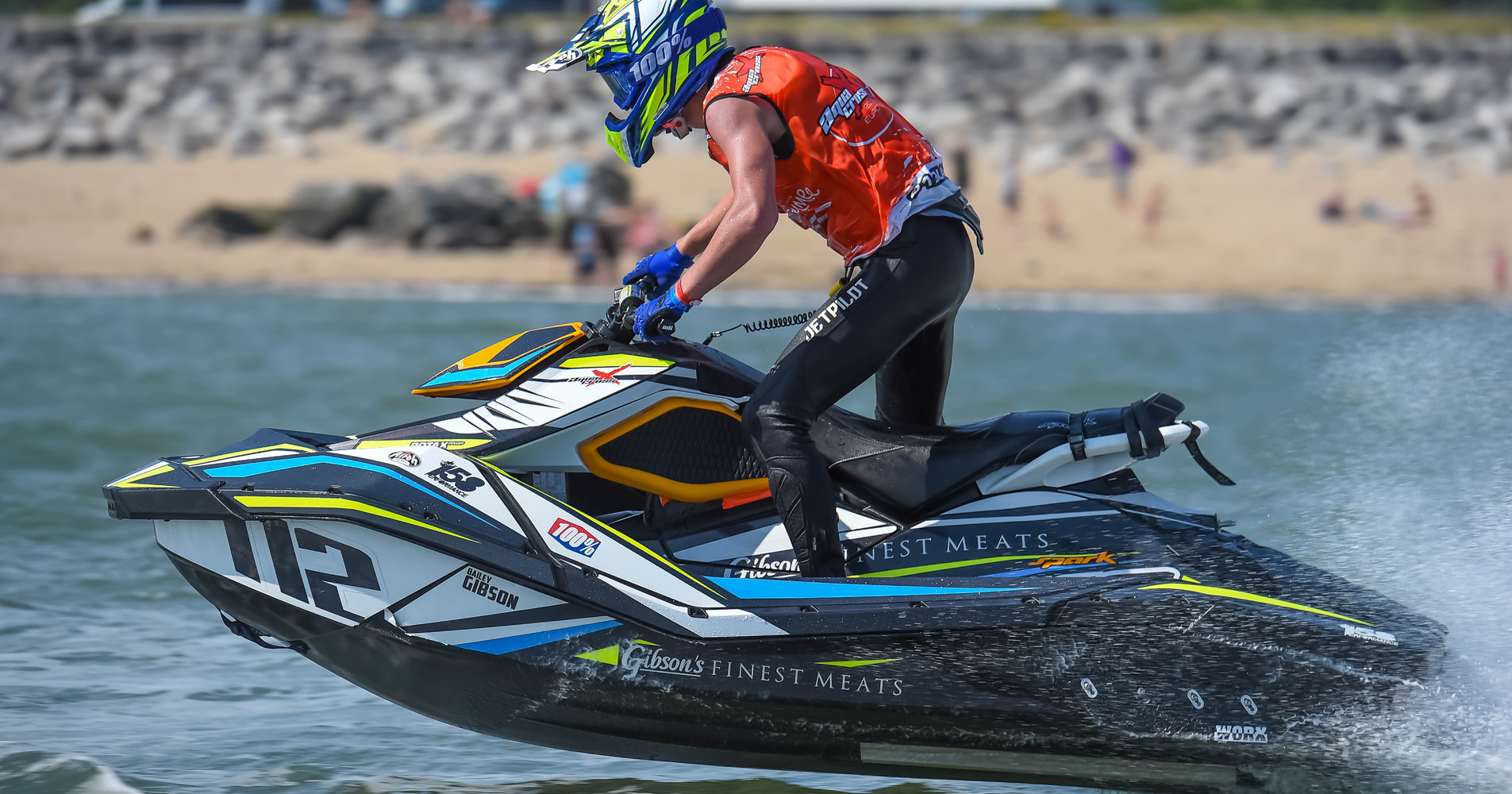 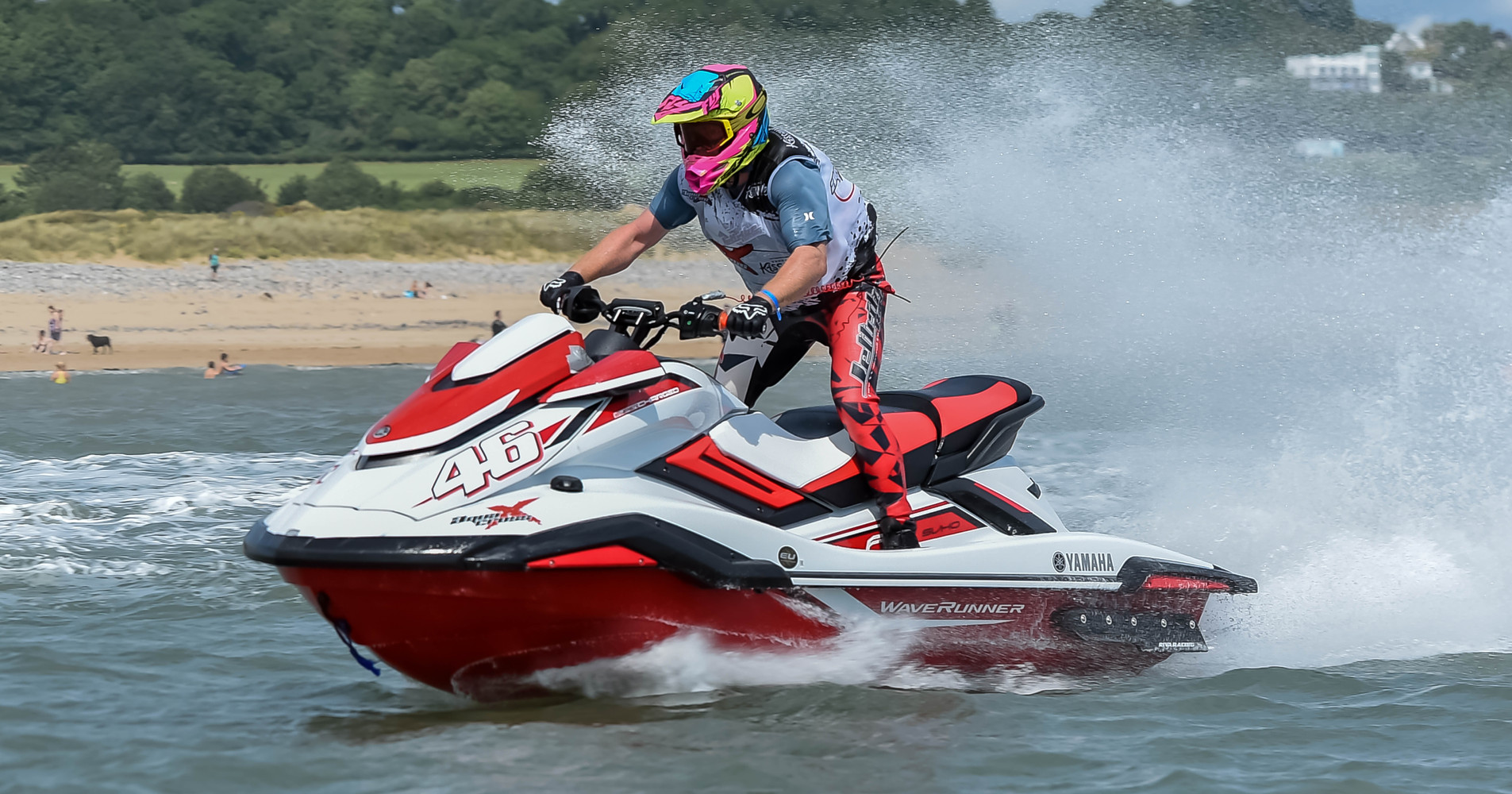 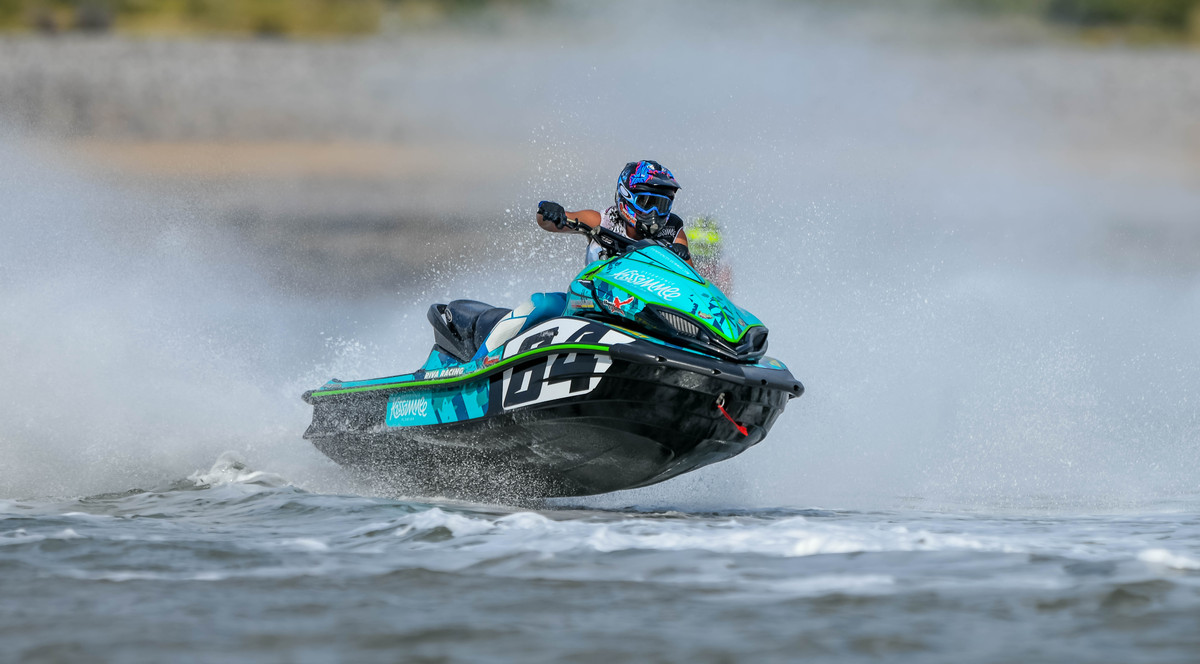 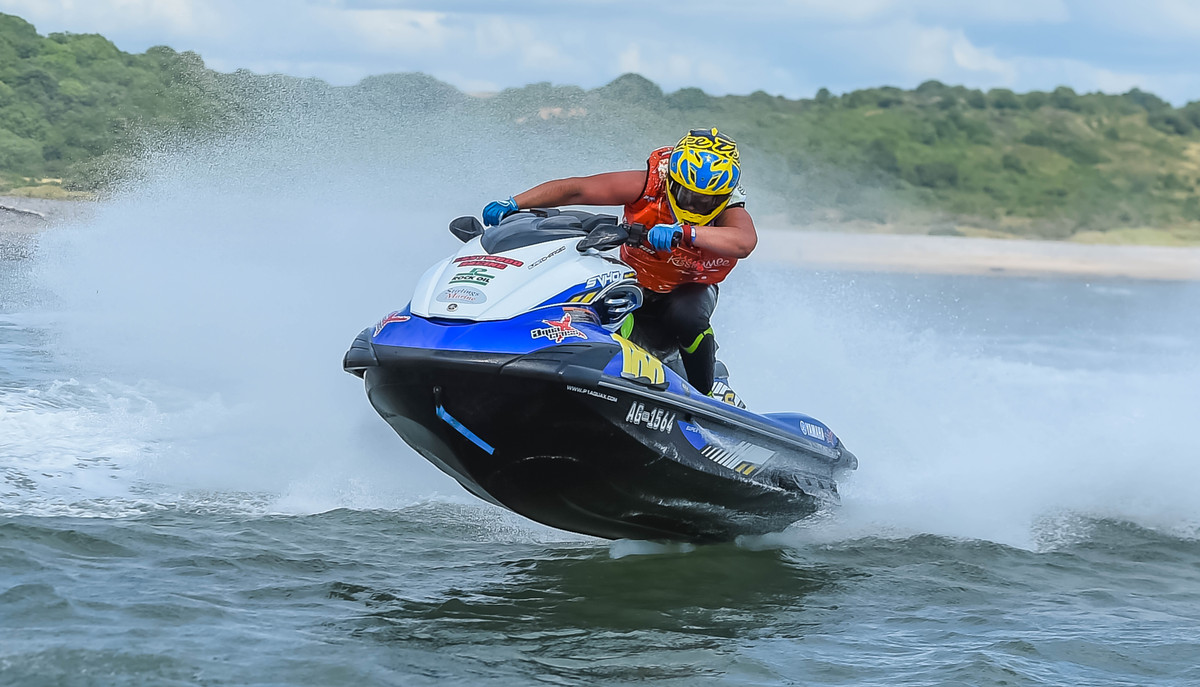 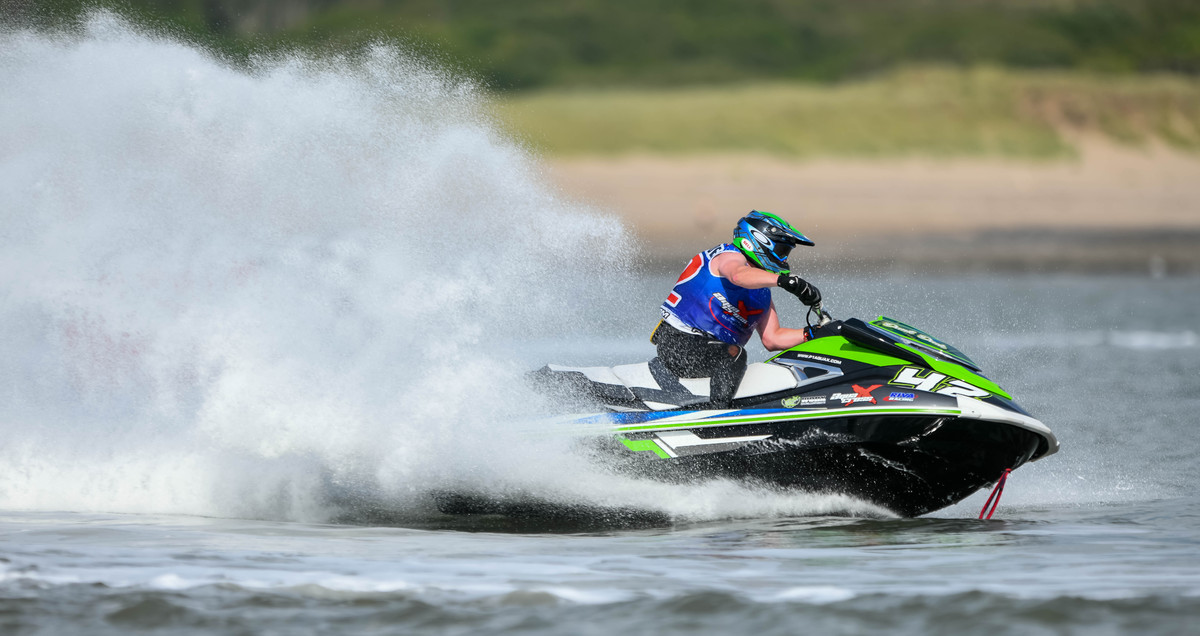 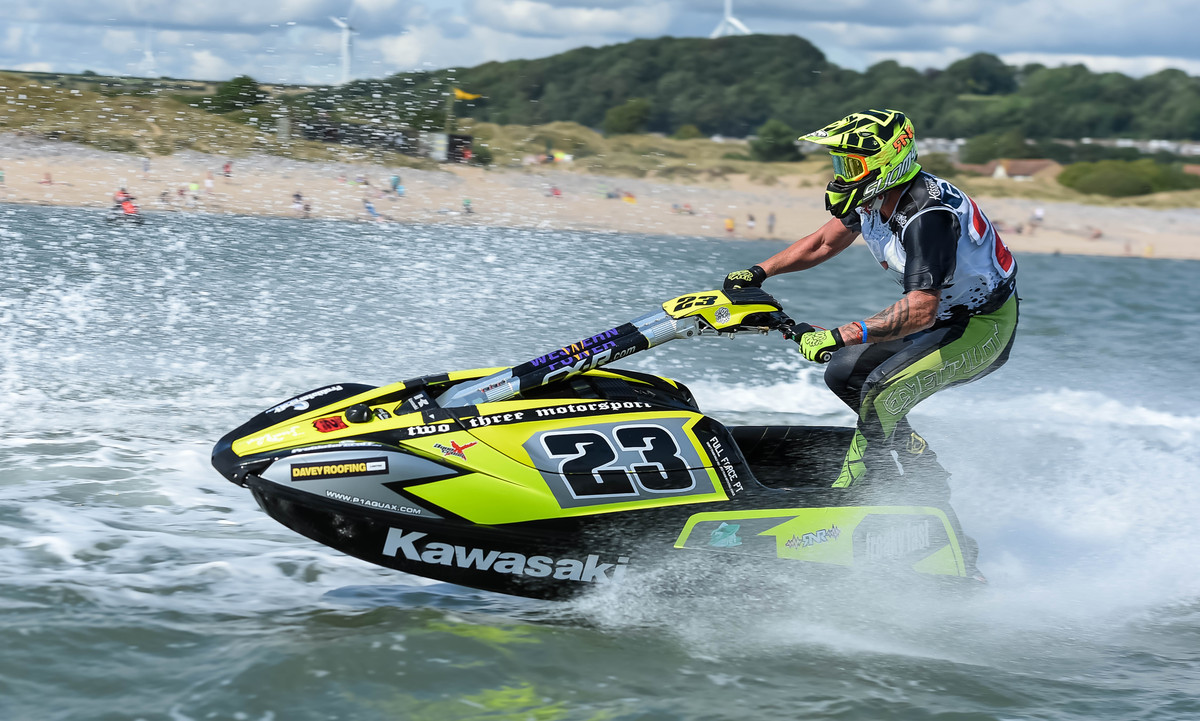 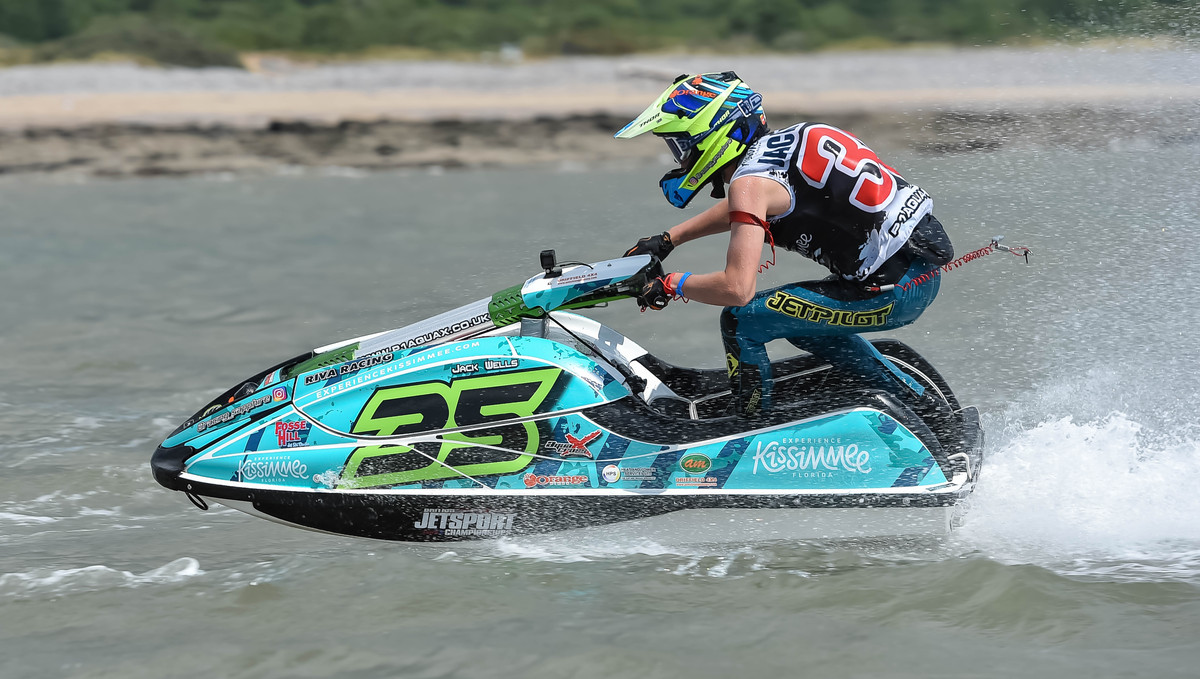 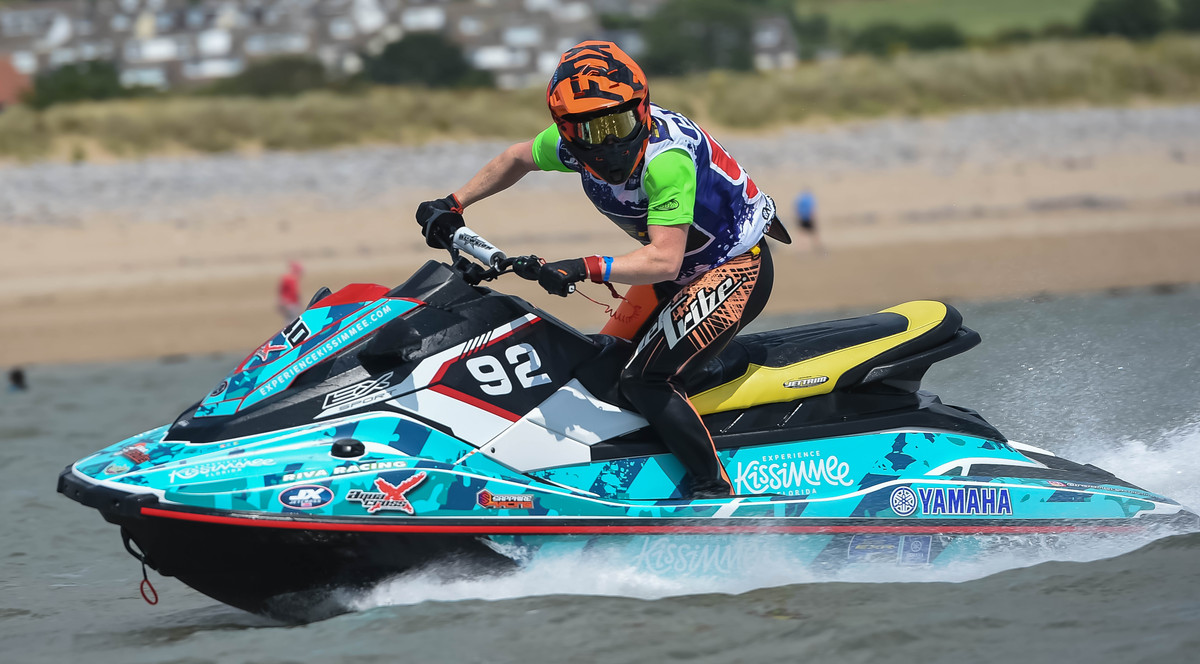 Wonderful, warm, Welsh sunshine and crowded beaches greeted the AquaX UK riders as they returned to Newton Bay in Porthcawl this past weekend for the season finale.

The three-round championship which started in Colwyn Bay, North Wales at the beginning of June and then headed to Torquay before climaxing in Porthcawl, attracted 40 of the UK’s best riders to take part in what is considered to be the toughest series in the world. “ AquaX titles aren’t easy to win” explained Lisa Barsby Head of AquaX Global, “there’s nowhere to hide out there, you can either ride it or you can’t.”

The forty-strong line up of riders provided thrilling race action across the 4 categories as they battled it out for the national titles in the challenging waters of the Bristol Channel.

Reigning Pro Sprint Champion, Simon Gill was the first racer to clinch a title and in the process secure his place at the P1 AquaX Bahamas World Championship in November, which will be staged at the stunning Atlantis, Paradise Island near Nassau. Gill took 4 straight wins ahead of emerging star Mollie Fearn, who was also competing in the Pro/Am Sprint SE class. Harry Robinson had a mixed opening day but a solid ride in the final two races elevated the Experience Kissimmee Team rider into third spot on the podium, inching out Steve Combstock by just 4 points.
Gill’s 223 Racing team also picked up the 2019 AquaX Team trophy. “It’s been a great season and I’m really pleased to collect this for the team” commented Gill. “This is my fourth AquaX UK title and we’ll be back next year to defend it”.

The Pro Enduro title was won for a second time by Joe Harvey, the popular Experience Kissimmee Team rider. Harvey, who sustained an ankle injury at the end of 2017 after winning both the UK and EuroTour titles had struggled to regain his form. “It feels incredible to be back in the top spot” he said with a smile. “It’s been a hell of a journey but I’m really enjoying it and can’t wait to see how I progress. Bahamas here I come”.

Hinckley’s Tim Batte finished in second place after putting on one of his strongest performances of the season. “I had a slow start, but I’m really liking the new Yamaha FX and I could do with a couple of more rounds” commented Batte. Khris Leach finished third in the race but it was Richard Cable who took third place in the championship after a strong performance over the weekend.

Rookie Ethan Winchester put in another outstanding performance in South Wales to claim his first AquaX UK title in the AM300 class after battling with Welshman James Roberts. Both Winchester and Roberts stepped up their game to not only push each other but also the pros, demonstrating that they are both more than ready to make the transition to Pro in 2020. Local rider and Porthcawl Powerboat and Jet Ski club member, Nigel Williams finished in third.

The longest serving AquaX racer, Duncan Johnstone, clinched his fourth AquaX UK title in the AM 200 class. This was the Scotsman's ninth year of racing in the series which has seen him compete in both the Am 200 and the now defunct AM 250 class and winning titles in both. But it was newcomer James Liardet won took the honours on the day, winning all three races ahead of former champions Damien Evans and Johnstone.

Yamaha’s top ranking EX/EXR Cup racer, Elliot Cable was the surprise winner of the Sprint SE championship after Harry Rickaby, who led the championship after two rounds, was injured in the final race in Torquay and unable to continue his challenge for the title. Cable, who cut his teeth with the AquaX marshal team, made the transition to racing last year and excelled in the tough conditions on Sunday to win both races ahead of Mollie Fearn’s Spark and Nick Brackbanks’ EXR. Cable’s win was enough to give him the 2019 title ahead of Bailey Gibson and with Rickaby remaining on the podium in third. “It’s been a great year, but very unfortunate with Harry’s accident as I do feel he should be holding this” commented Cable on receiving his winner’s trophy.

Despite over 50 years separating them in age, the season-long battle between 14-year-old Jack Wells and 66-year-old Kevin Pope in the AM Sprint class has been captivating and highlights the very positive diversity of the sport. In the end, it was Well’s youth that prevailed in the testing conditions of the Bristol Channel to take the win on the weekend ahead a former AquaX Junior Champion, Lucy Gadsby and with it the championship title. “It was tough out there and racing in two categories does take it out of you, but Jack certainly deserves this one” commented Pope, who also competed in the Pro Sprint category.” The ever improving Tommy Patterson came home in third.

"It's been a really good season, the racing has been terrific and all the classes have been competitive to the end. I'd would like to take a moment to thank the Porthcawl Powerboat and Jetski Club members on behalf of all the racers, for their support of the event for the second year in a row as well as the RNLI for including us in their RescueFest event on Sunday." commented Lisa Barsby. "We now start to plan for 2020 when we will celebrate the 10th anniversary of AquaX."

The AquaX international season continues with race events in the United States, Western Europe and then, of course, the Bahamas World Championship on the weekend of 8-10 November.