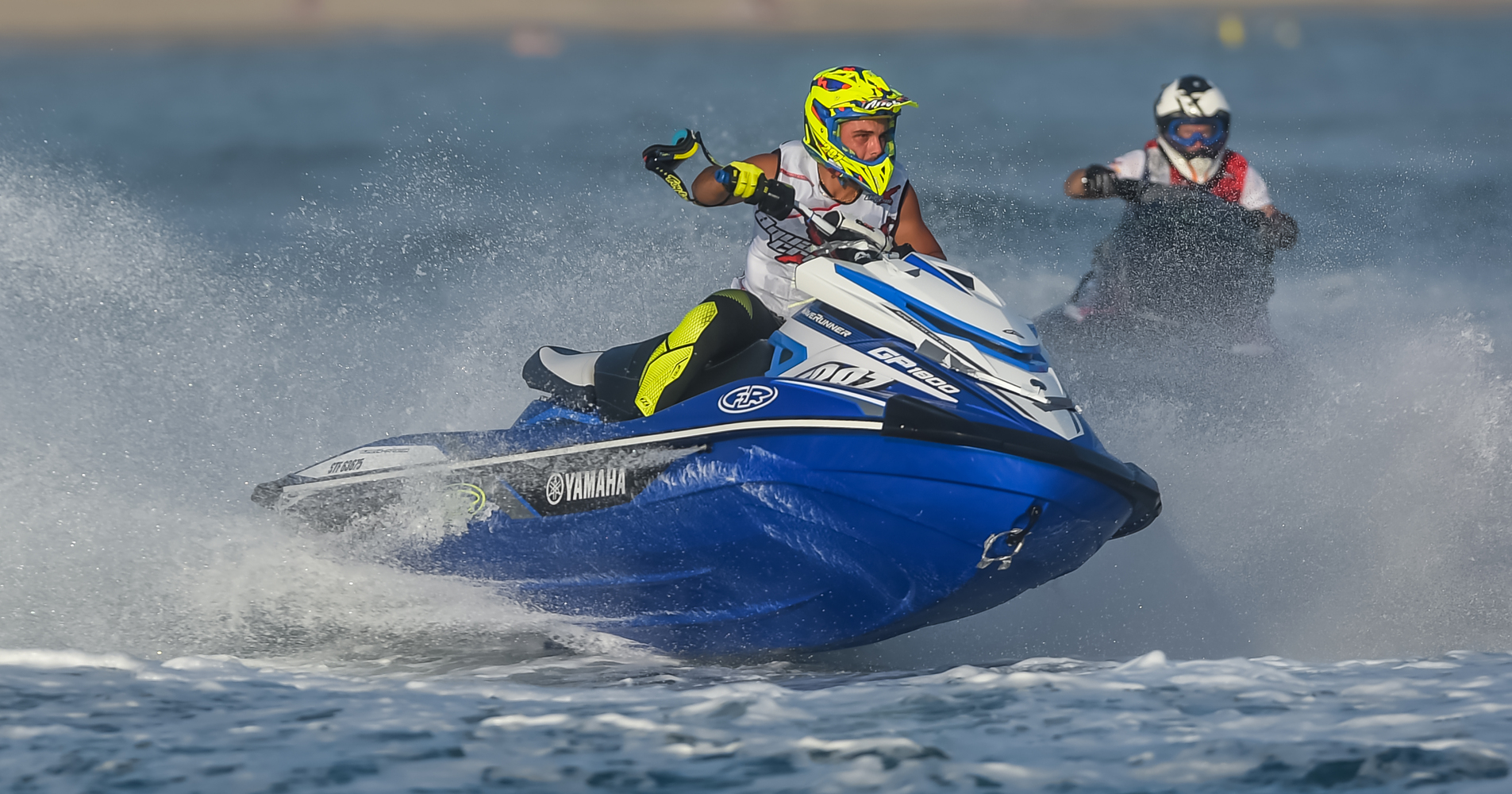 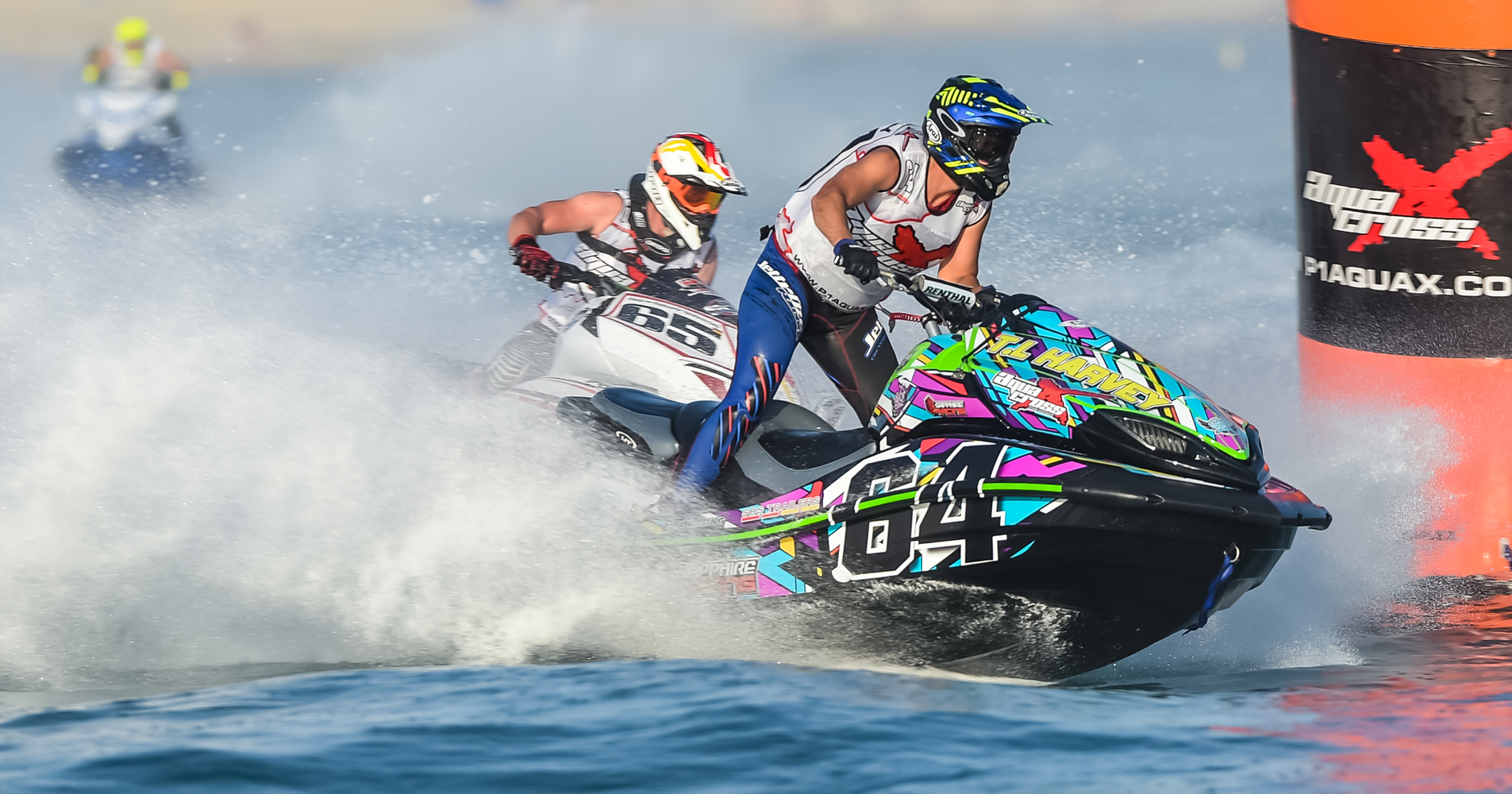 It was a debut to remember for Thomas Favolini as he claimed the win in Saturday’s race despite Joe Harvey being first across the line.

It was a debut to remember for Thomas Favolini in Port Balis as he claimed the win in Saturday’s race despite Joe Harvey being first across the line.

Favolini, the Offshore World Champion, made his first appearance on the AquaX tour and ended the day with maximum points to his name as he downed the competition. 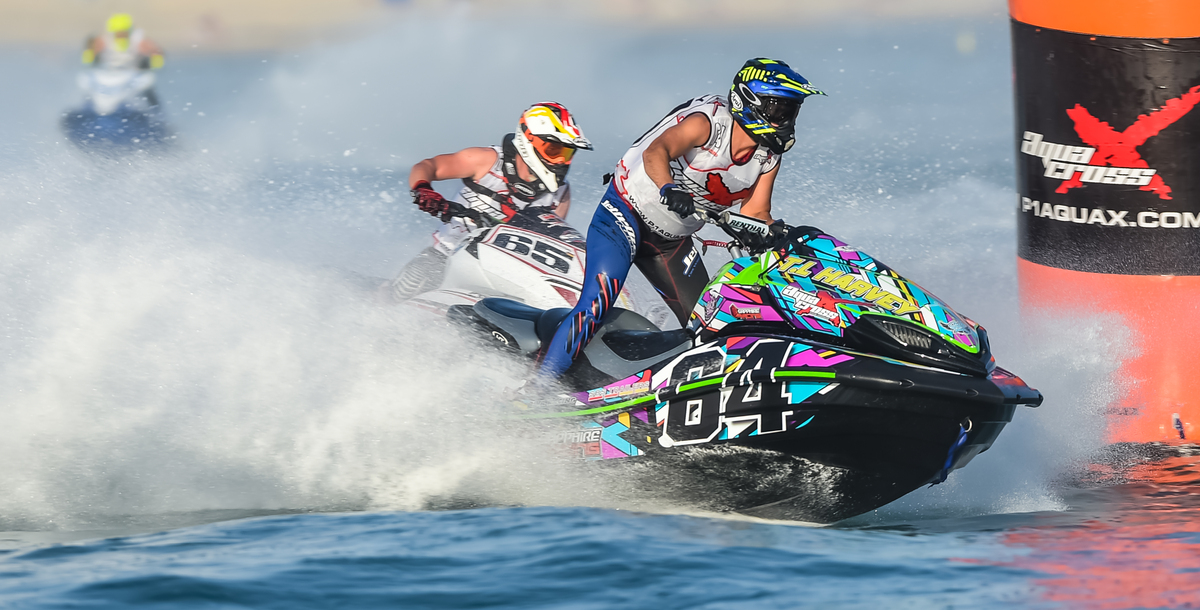 While Harvey was first over the line, he was docked a lap after missing a section of the course on his second lap to move down to third. Despite his deduction, his lead was extended to an unassailable 75 points over the chasing pack. Finishing second in the Enduro was Dave Huddlestone who had a brilliant race to claim 18 Championship points.

Heading into this weekend’s racing, Thomas Batisse led the 300 AM class but Claude Vangansbeck has closed the lead to 21 points after winning the opening race while Batisse crossed the line in third. Splitting the two riders was second-placed Richard Cable.

28 points separated leader Toni Luciano and his nearest rival Carl Lofthouse before taking to the water and that lead was built upon courtesy of a Luciano win and a fourth-place for Lofthouse. Also in the top three was second-placed Paul Handley and Dave Lee who claimed third.

Ski Lites leader Simon Gill struggled early in the opening race of the weekend as he took a fall on lap two but battled back well to claim fourth. Nicolas Devys won the encounter while Roger Pujol and Girel Alexandre was second and third respectively.

After all of Saturday’s action, places on the weekend podium along with national bragging-rights are still all to play for heading into the final day of the European Tour.