AS POPE, JOHNSTONE AND EVANS ARE CROWNED 2014 AQUAX CHAMPIONS 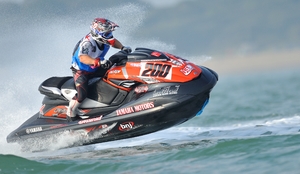 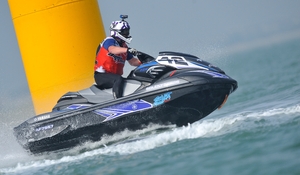 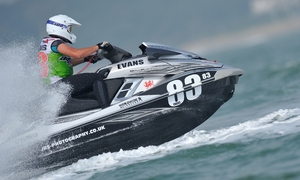 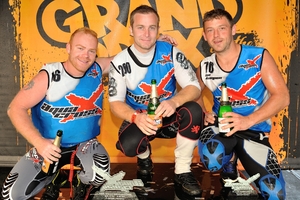 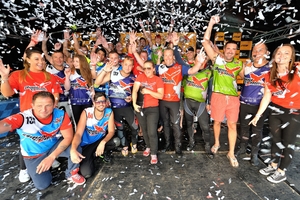 Thousands of race fans lined the shores of Stokes Bay, in Gosport for the grand finale of the P1 AquaX championships where over 30 racers battled it out for the hotly contested championship titles.

Former World, European and National champion Phil Pope took the overall win on the day, the championship honours and for the first time in AquaX history gave Yamaha its first 300 class victory. “I’m so happy, we have really enjoyed the racing. Everyone has made us feel so welcome here in Gosport and my thanks go to the P1 team for putting on a great championship” commented Pope as he left the podium.

In the 250 class former 200 class winner Duncan Johnstone couldn’t contain his excitement when he was crowned champion in front of his home crowd. “I’ve waited a long time for this win, and I’m just so pleased to do it here on home waters” said a beaming Johnstone. The Yamaha FZR racer held off strong competition from Sea-Doo RXT of Rob Higgs to clinch the title by only two points in the very last race of the season.

Welsh supporters were out in force to cheer on championship leader Damien Evans as he battled to secure his first AquaX title in the 200 class. But disaster struck when his Yamaha HO blew a hole in its crank cases in the opening race and he was forced to retire. Under AquaX rules a rider is not allowed to change his craft between races so there was nothing left to do accept an overnight engine strip and rebuild. By morning the engine was repaired and Evans was back on the water to finish fourth overall on the weekend and secure just enough points to take the championship. “I wasn’t sure if we going to get back out on the water today, so I’ve got to thank everyone who helped get the engine rebuilt for me to take the title.”

"This is certainly a fitting end to what has been an outstanding season for the P1 AquaX UK series. The support from the local people of Gosport has been incredible, and we're now starting to plan for a bigger and better 2015" enthused AquaX Championship Manager Lisa Barsby.

The 2015 AquaX Championship calendar will be posted shortly.