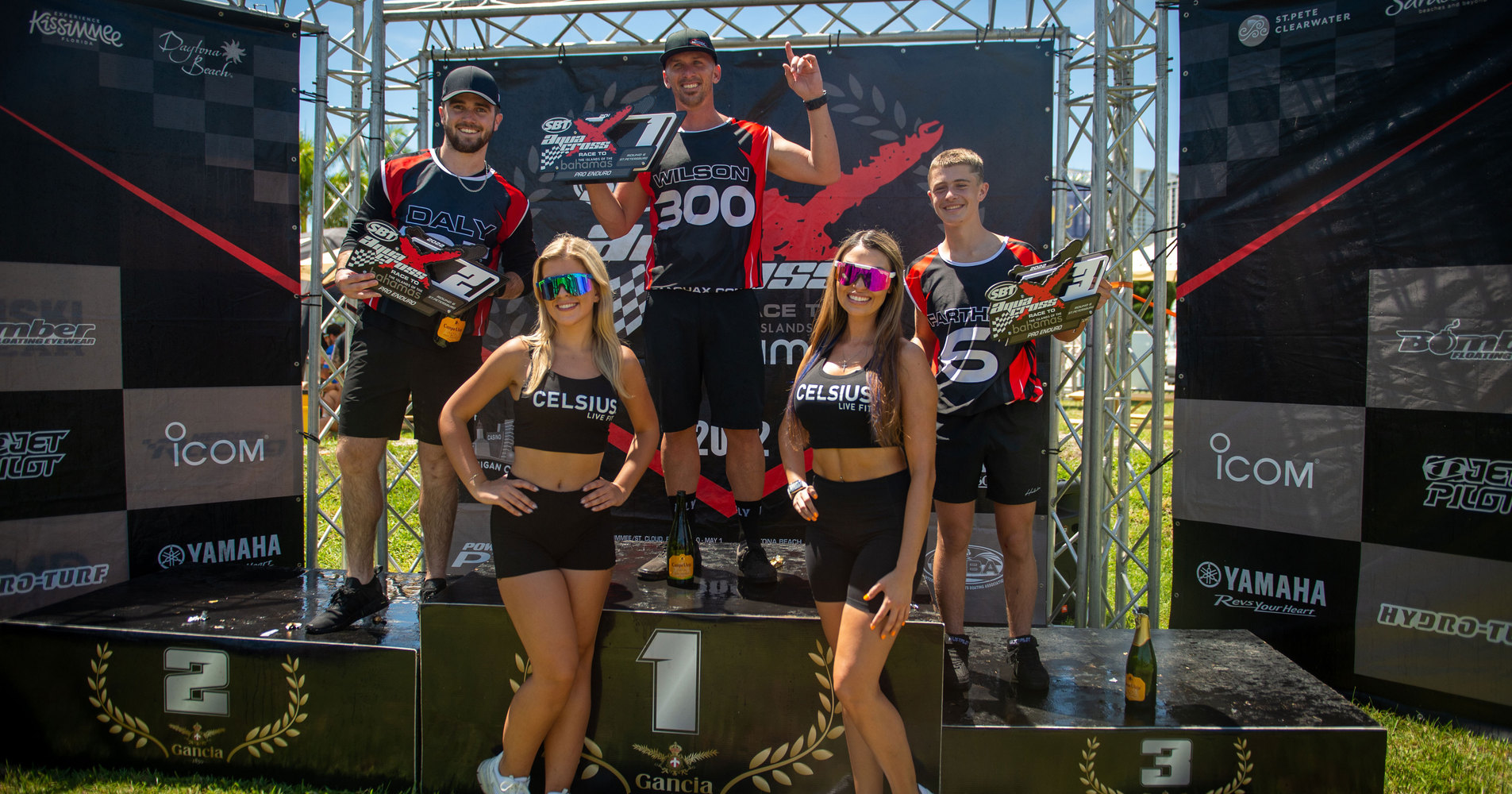 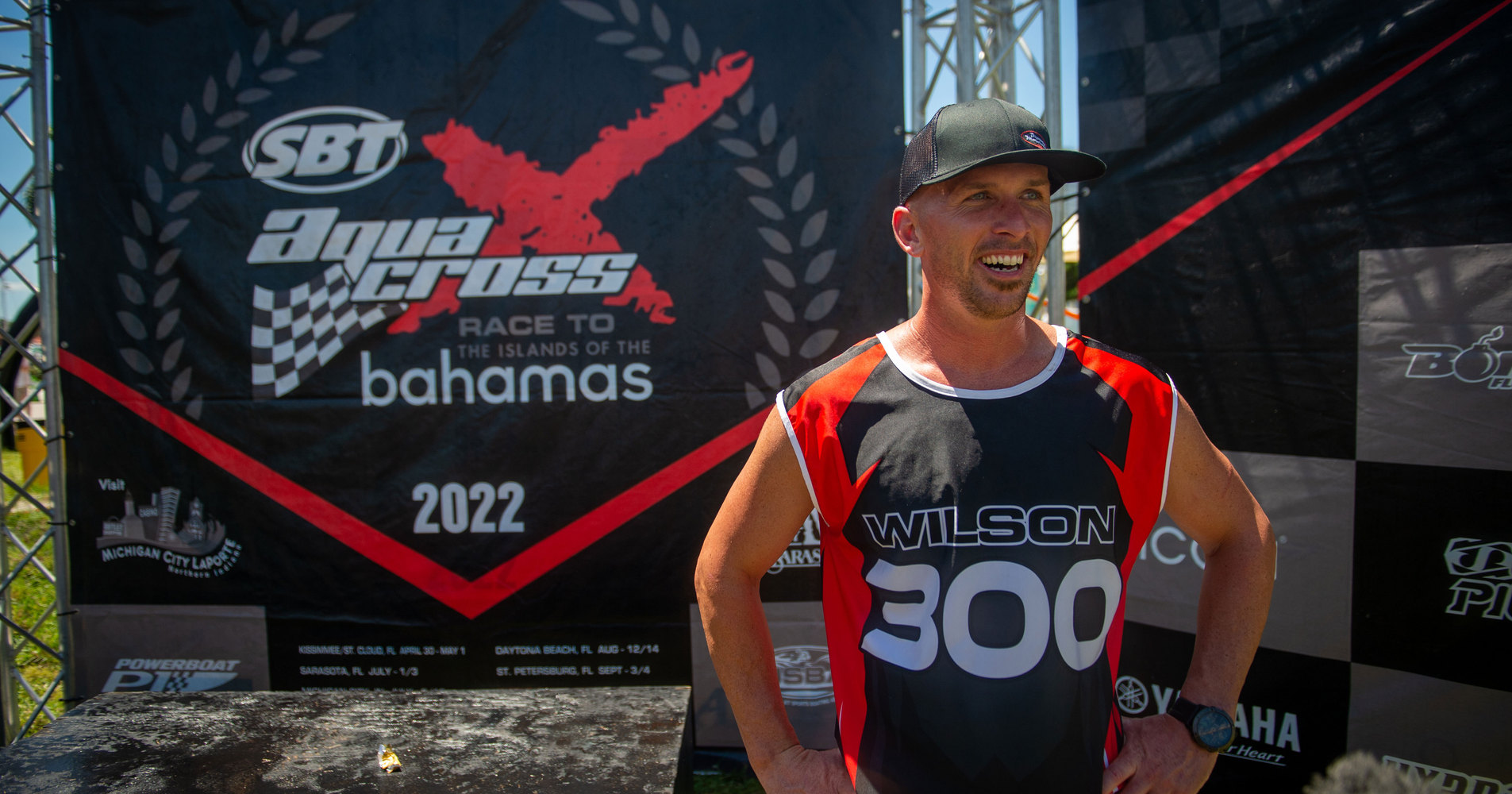 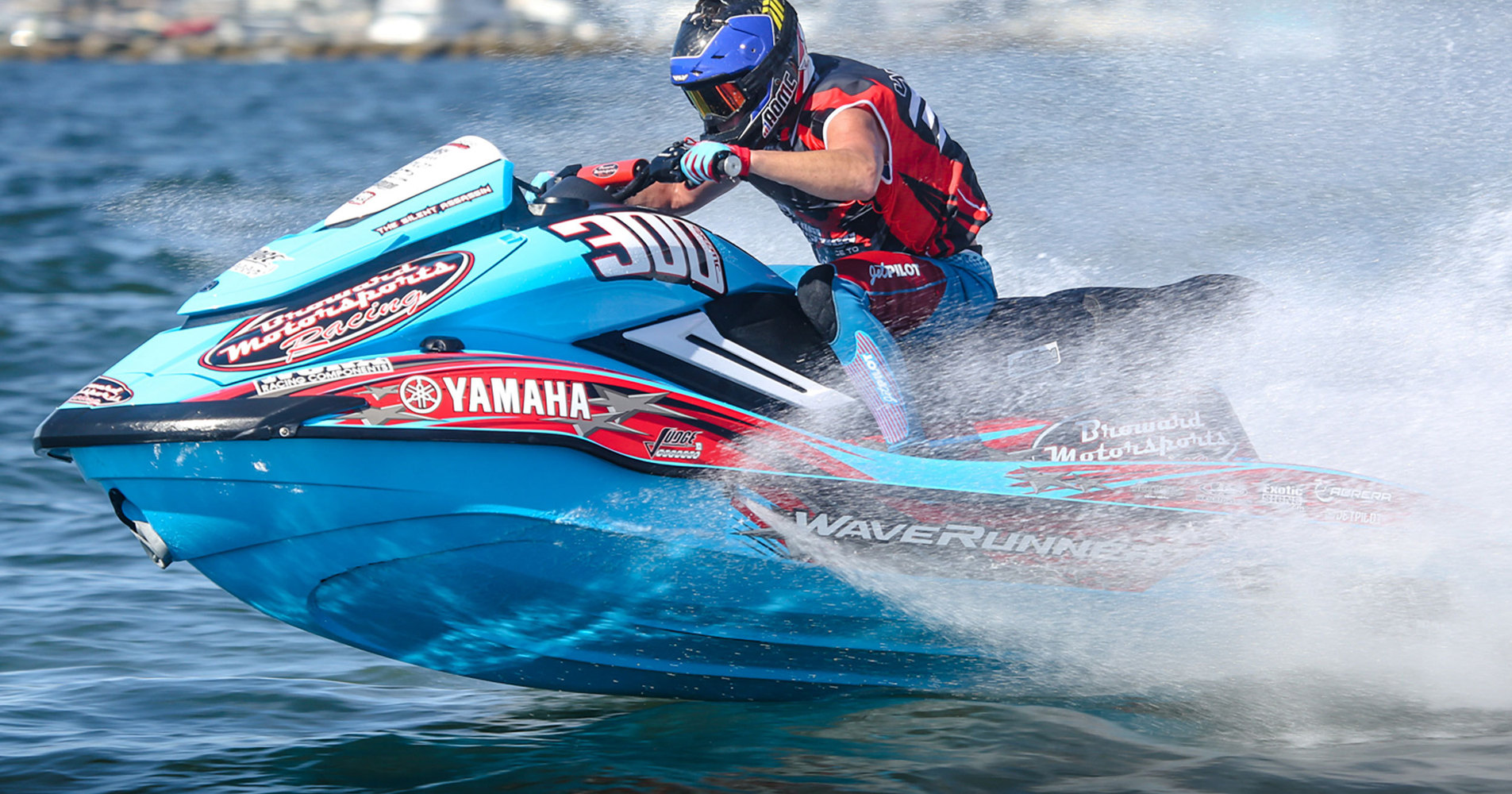 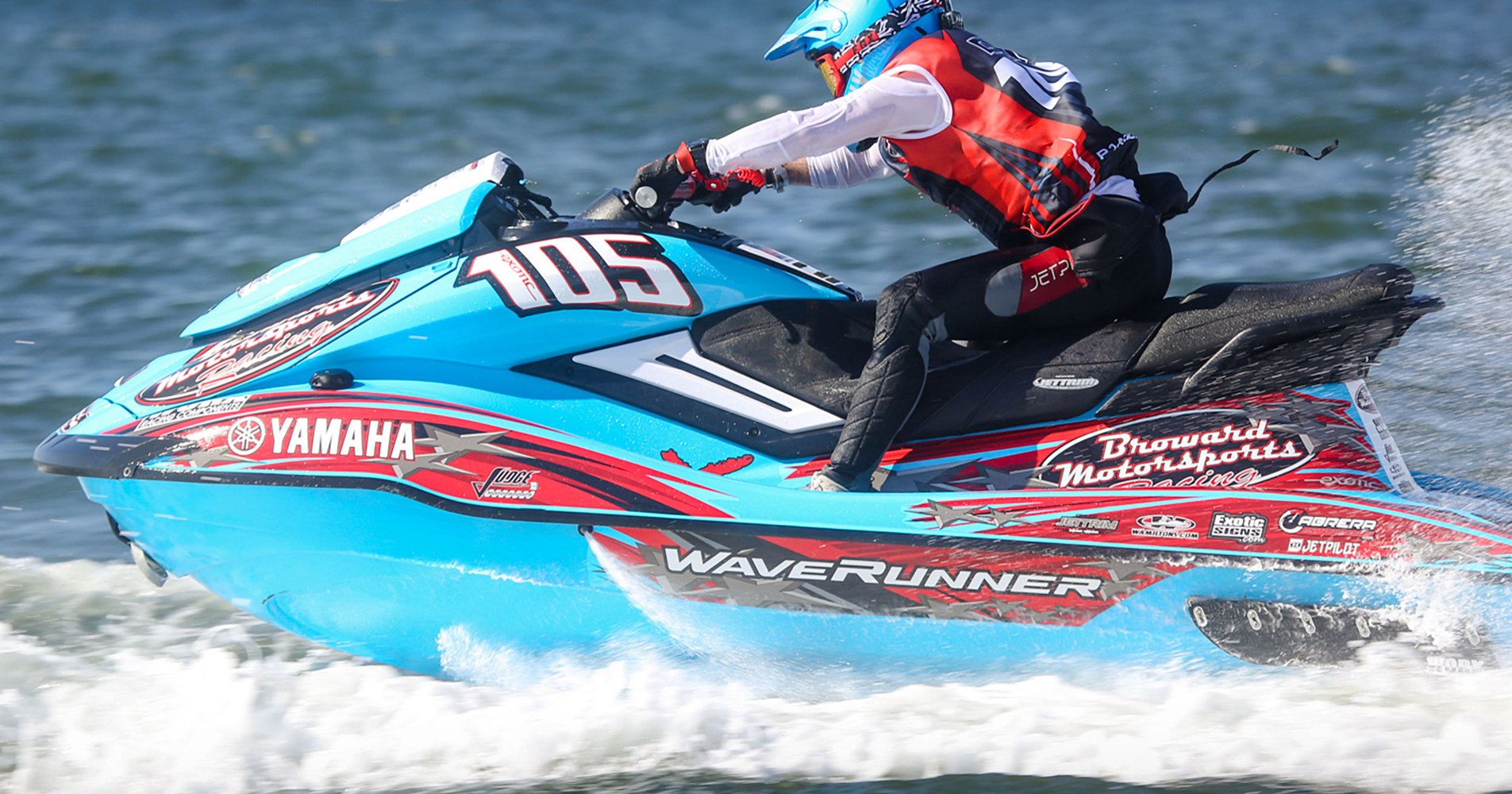 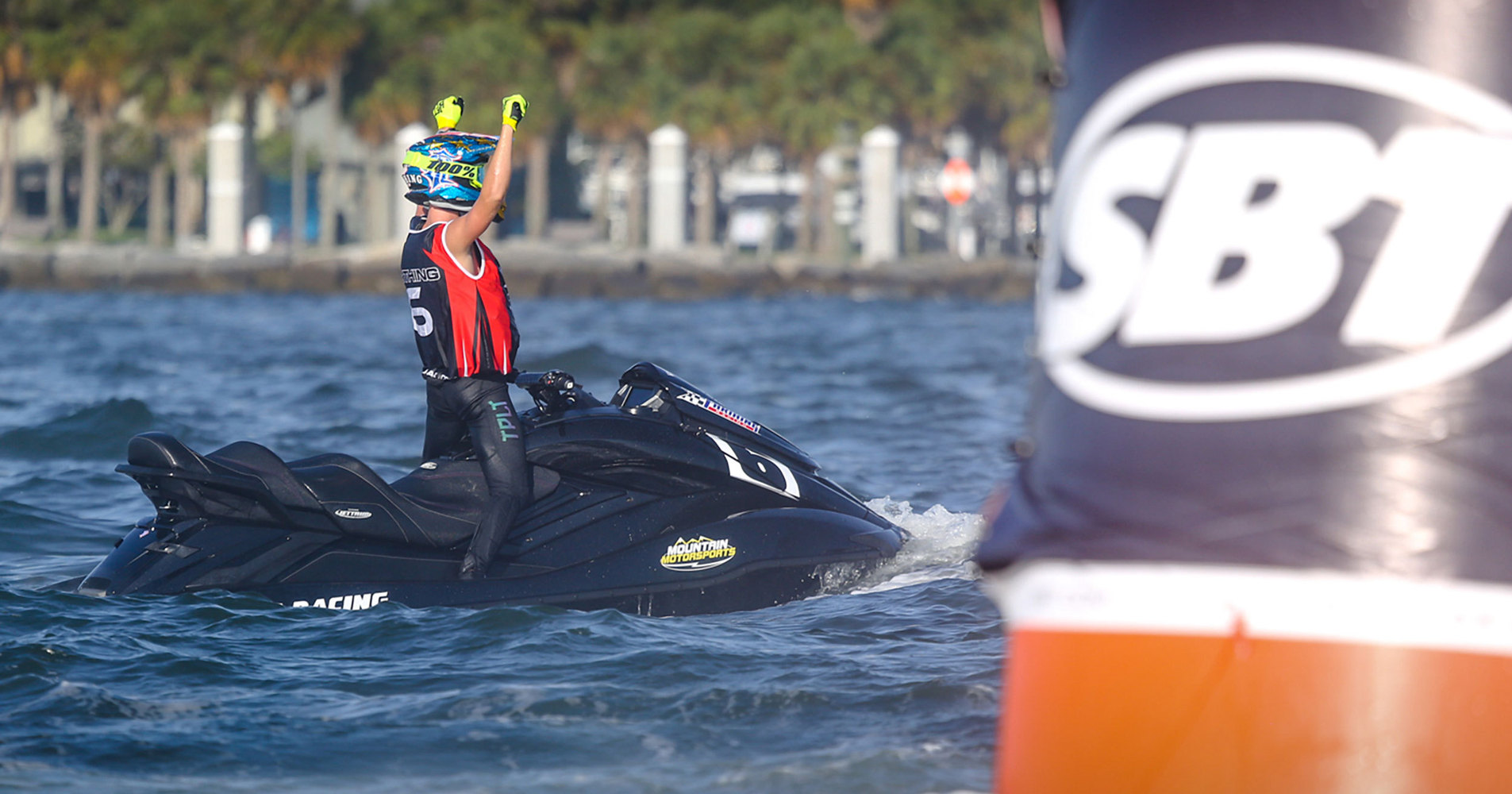 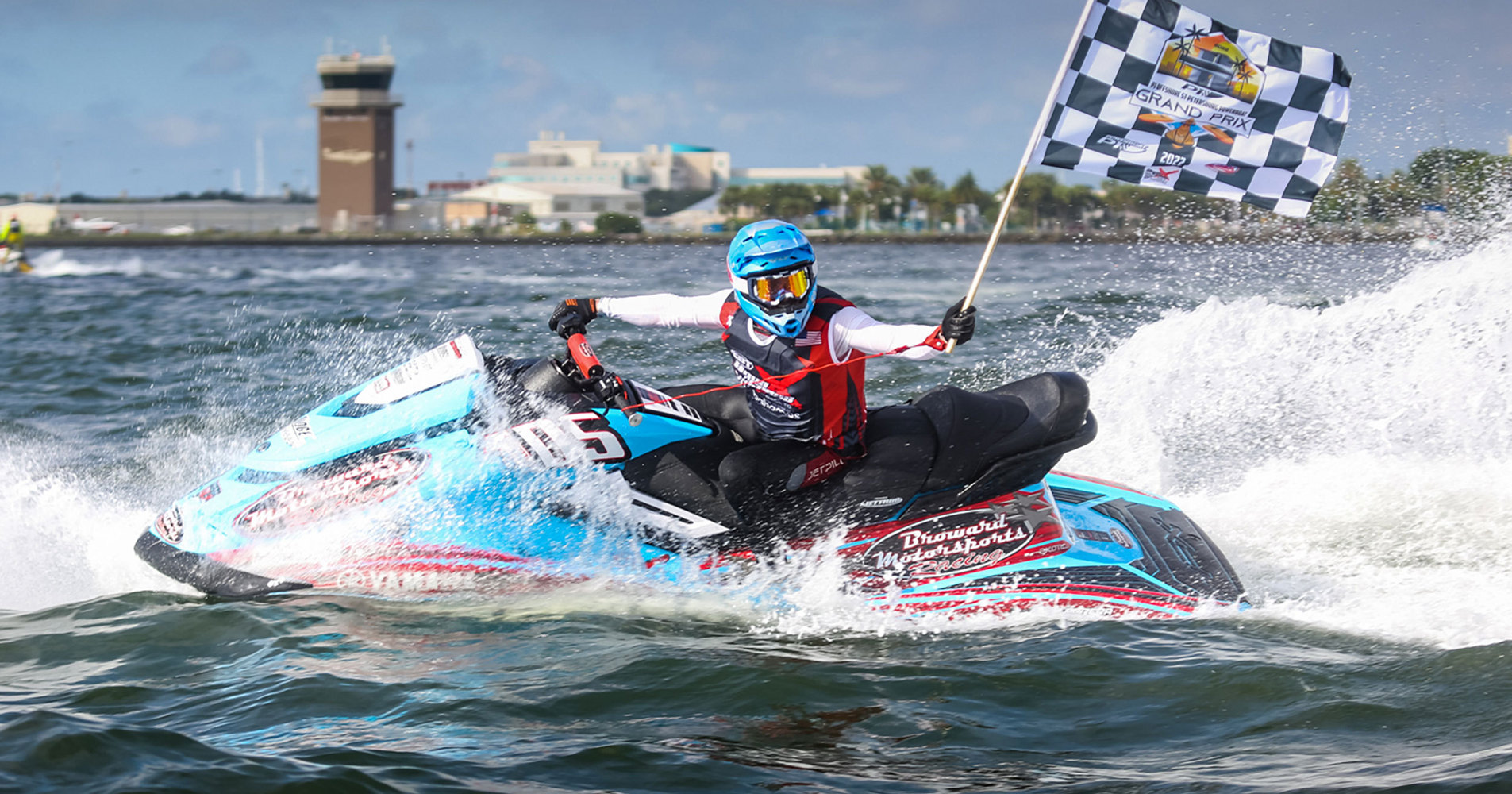 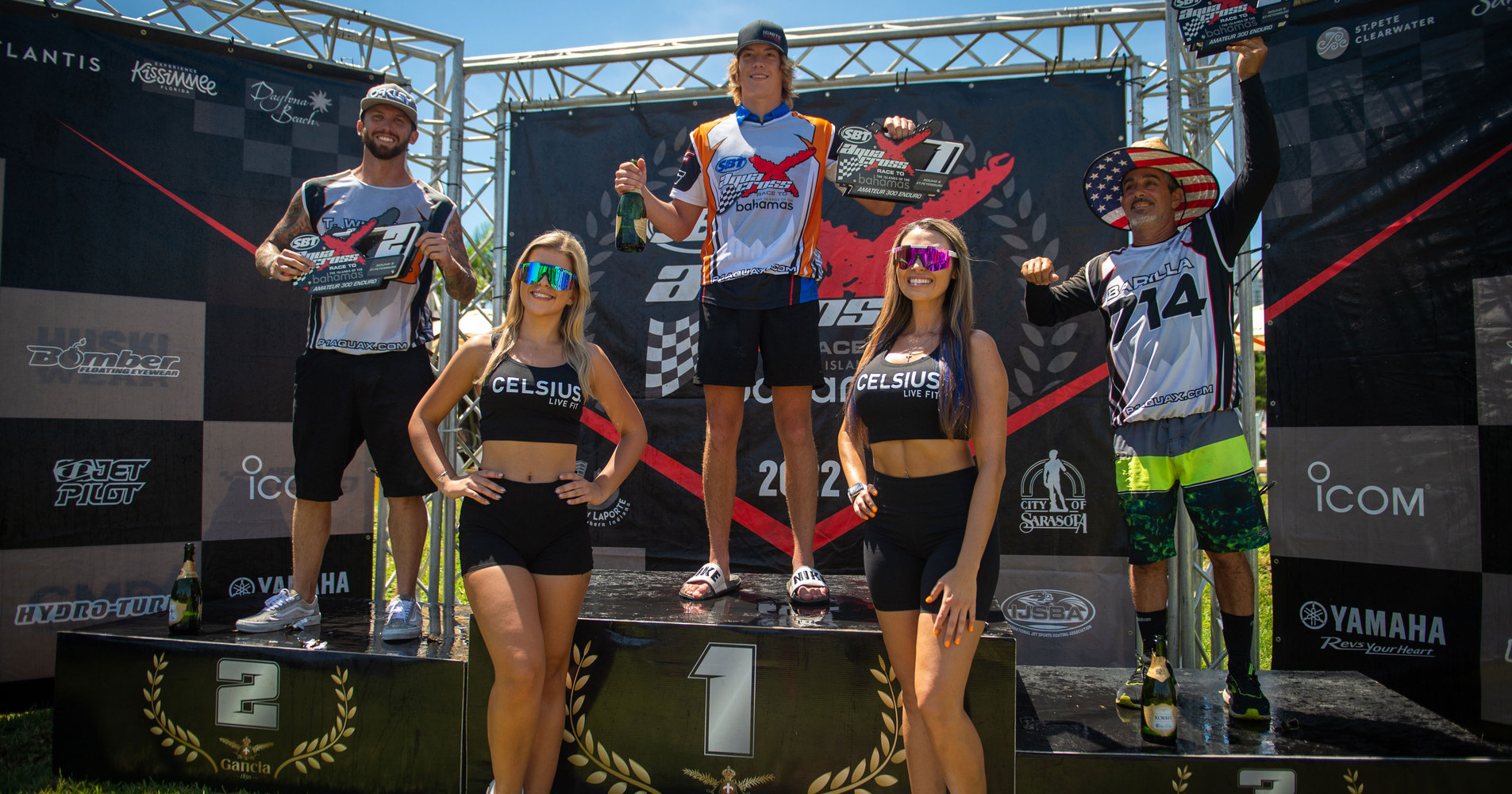 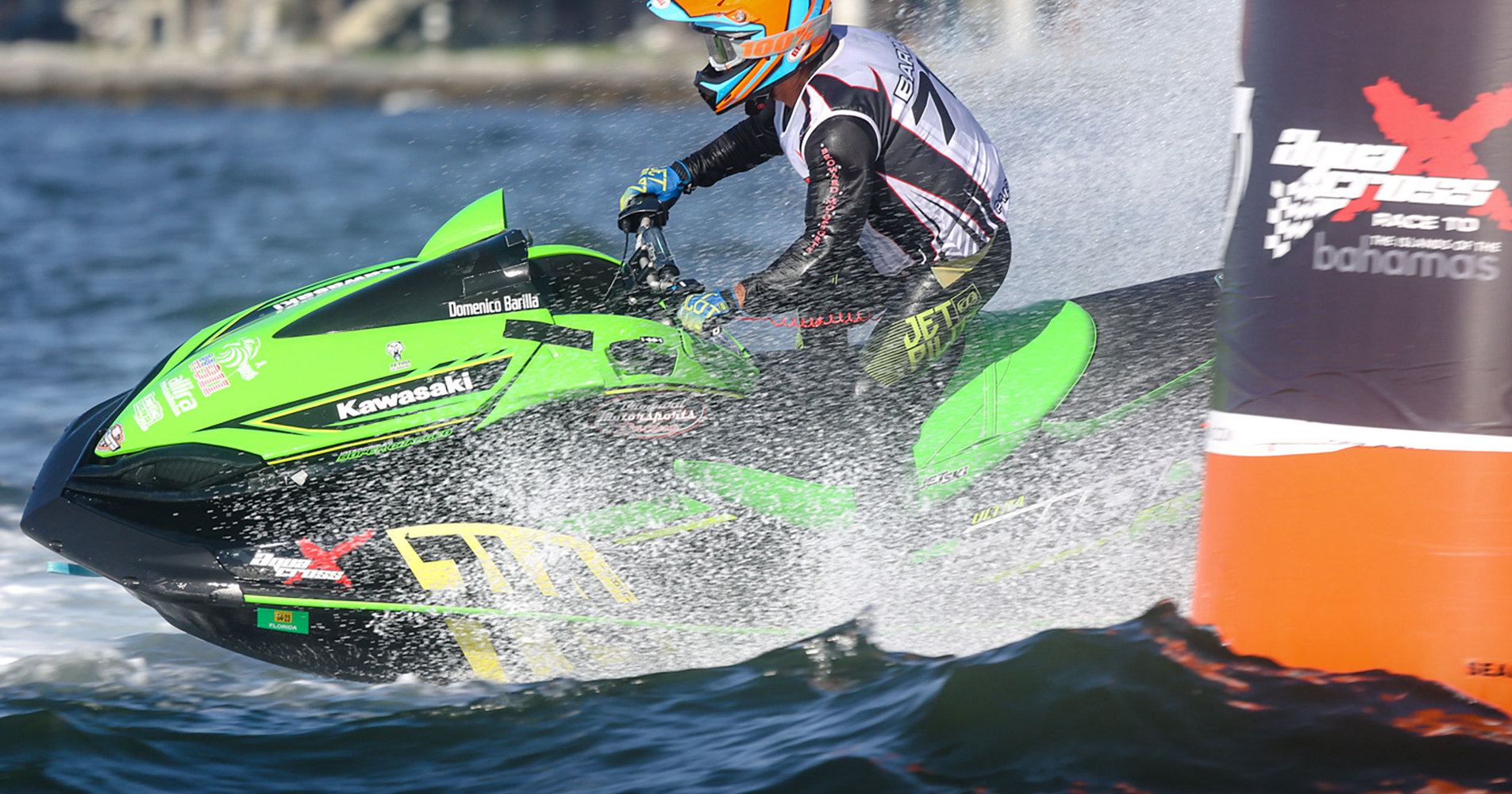 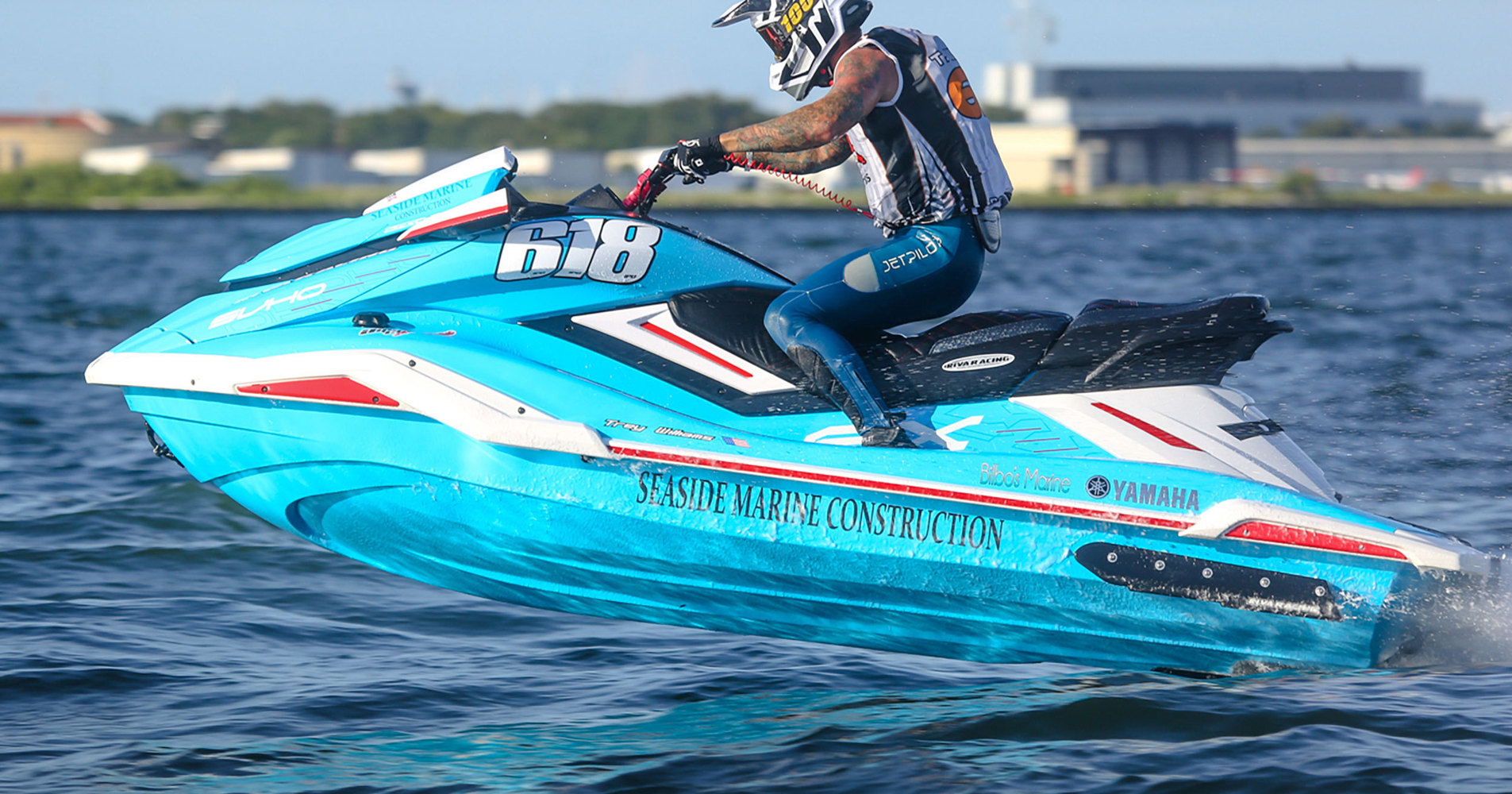 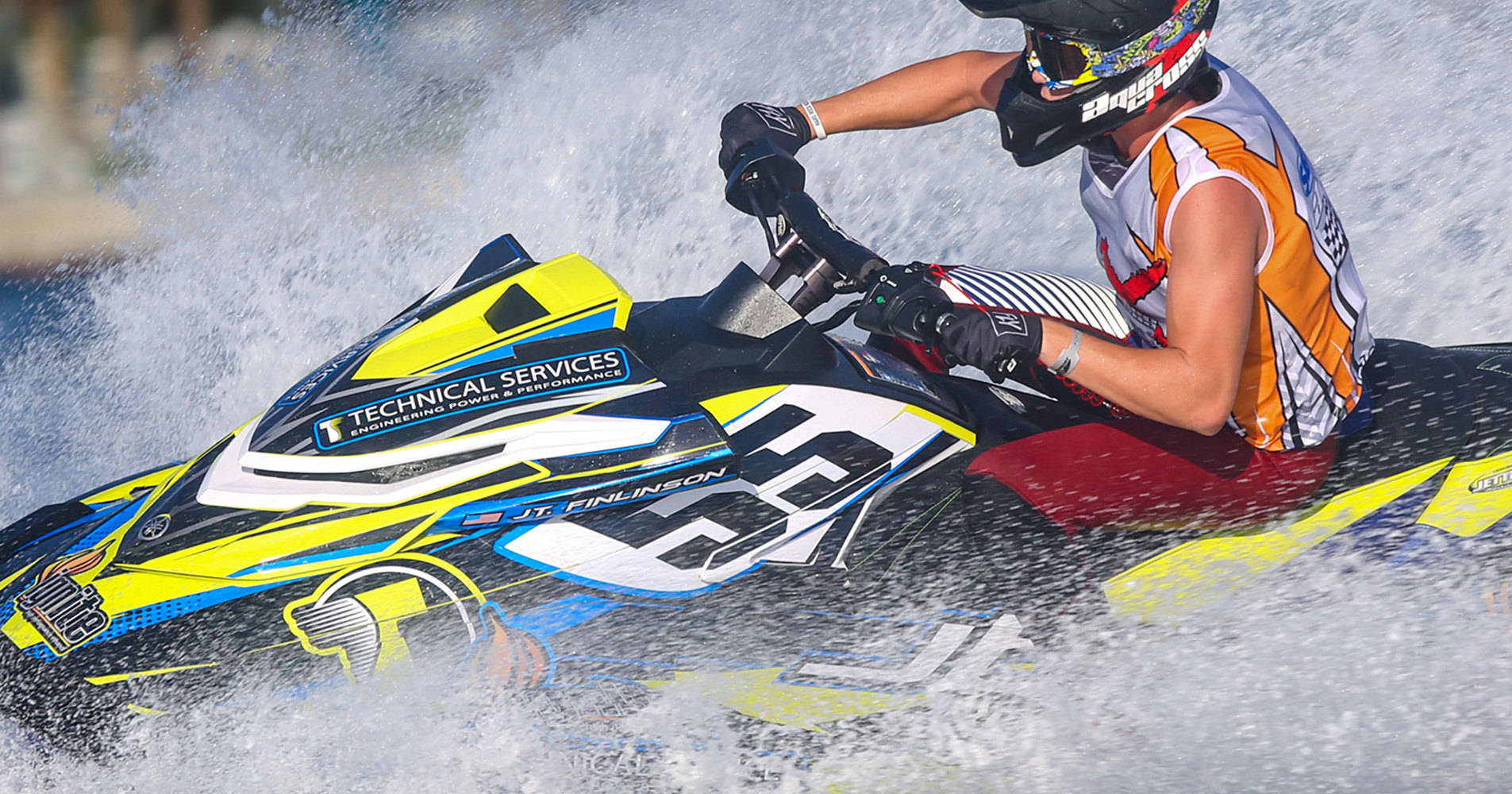 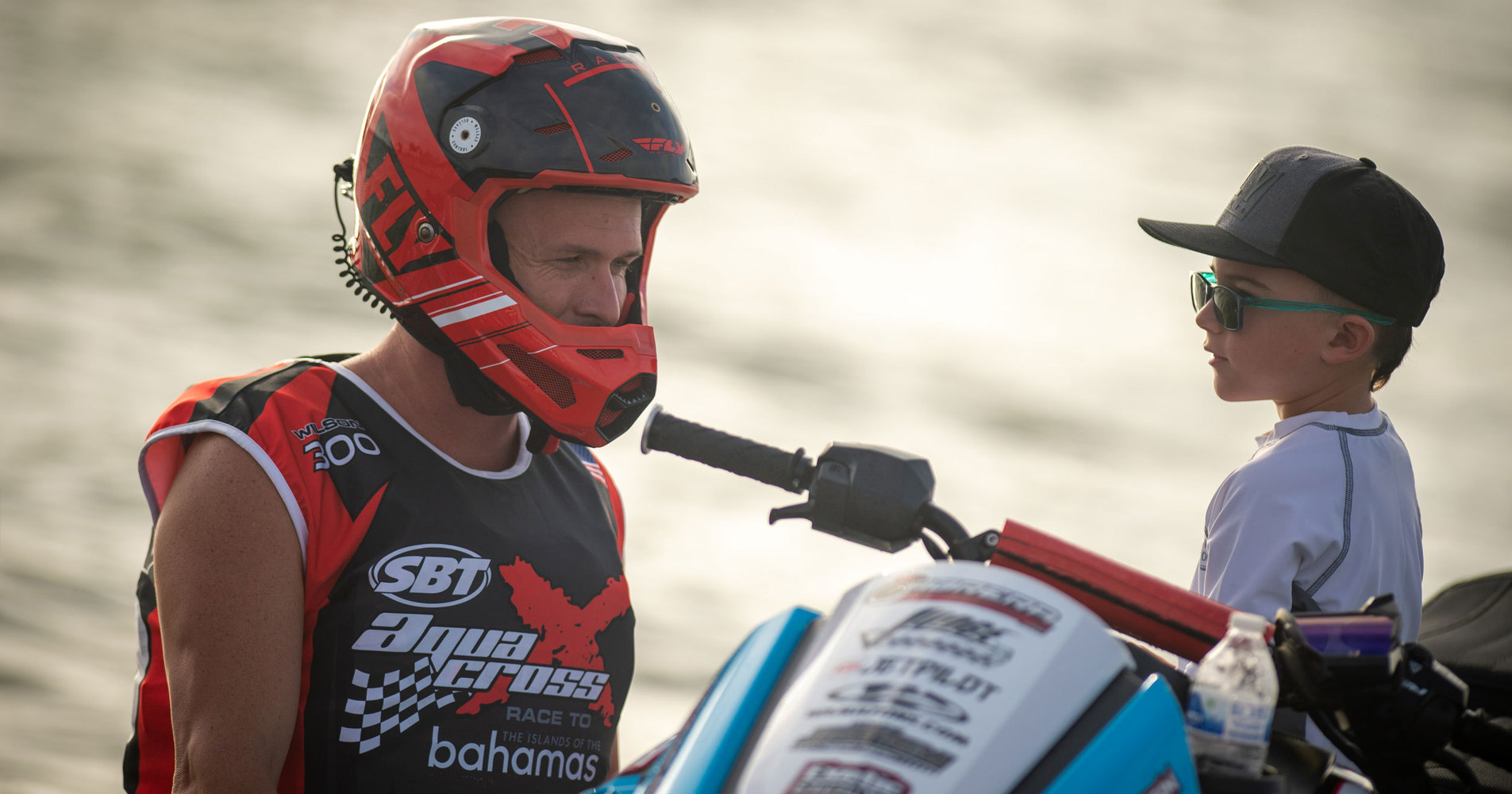 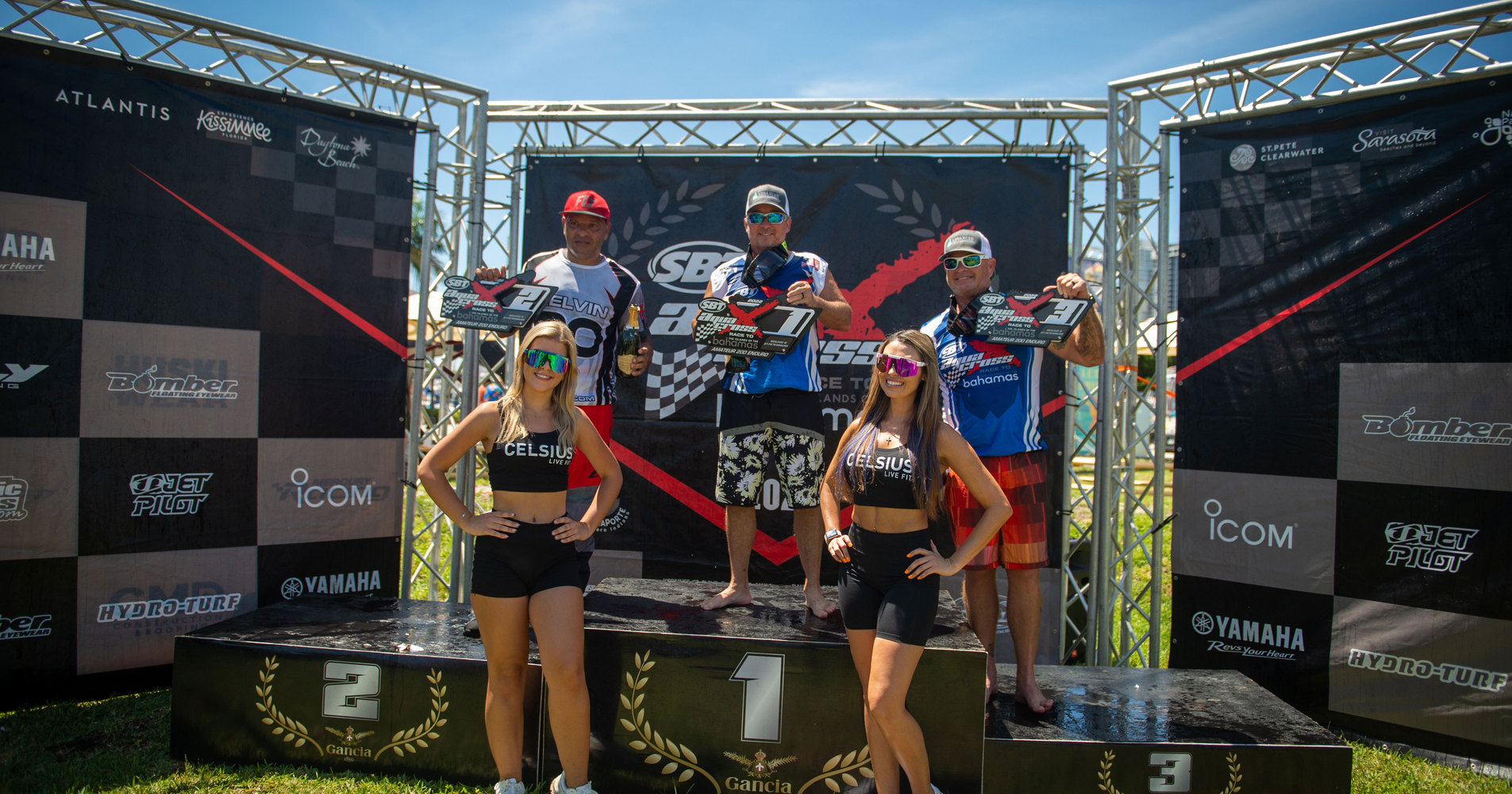 More than fifty riders headed to Florida’s Gulf Coast at the weekend for the SBT P1 AquaX St. Pete Grand Prix, the final round of the 2022 AquaX national championship. The two days of racing close to the pier and downtown waterfront saw racers battling for national titles and to qualify for the Bahamas World Championship in November.

Going into the event, 33-year-old Broward Motorsports rider Jimmy Wilson from North Carolina headed the Pro class standings with Broward Motorsports teammate, Dustin Farthing, from Georgia and reigning champion Erminio Iantosca in the chasing pack. In the 300 AM class, Maryland racer Joe Johnson on his Sea-Doo RXP-X 300 led the way ahead of Jay Finlinson and Matt Smith, with just eight points covering the three riders.

Calm water awaited the riders on Saturday morning, and it was Christian Daly who took the honors in the opening race with Dustin Farthing covering from a bad start to take second place and Tory Snyder finishing third. A thunderstorm then forced races to be moved to Sunday morning.

Sunday began with the Pro and Am riders competing in two 20-minute races back-to-back. Race 2 in the Pro Endurance class saw Deven Farthing record his very first AquaX victory, with Jimmy Wilson and Tory Snyder behind him. The busy schedule of back-to-back races was demanding for the riders, but Christian Daly responded superbly to the challenge by winning race 3 after finishing way down the field in 16th place in the previous race. Jimmy Wilson and Visit St. Pete Clearwater-sponsored Tory Snyder performed consistently to fill the second and third places. Wilson topped the overall podium for the weekend ahead of Daly, Deven Farthing and Tory Snyder, and was crowned 2022 Pro Enduro national champion.

In the 300 AM class, a clean sweep of victories for Jay Finlinson secured the 2022 national title for the 17-year-old from Indiana. Former motocross racer Trey Williams, a newcomer to AquaX racing, impressed all weekend to claim second place in all three races. Seasoned AquaX racer Dominico Barilla was another consistent performer, earning him 3rd place overall for the weekend.

Top spot in the 200 AM class went to Kevin Sullivan with victory in all three races, followed by Puerto Rican rider Melvin Canals and newcomer Andy Ray. 17-year-old Floridian Sam Nehme has dominated the class this season to become national champion and prove that he is ready to advance to 300 AM racing. He is recovering from surgery on his hand and was unable to race in St. Pete.

Riders who qualify for the P1 AquaX Bahamas World Championships will travel to Nassau in early November where an international, elite field of riders representing more a dozen countries will compete at the iconic Atlantis Paradise Island resort, with the Pro Enduro riders battling for the world title and the amateur racers for the P1 AquaX Amateur International Cup.

Amendment: An earlier version of this story had incorrectly referenced Dustin Farthing as a Riva Racing rider when he is in fact a Broward Motorsports rising star. We apologise for the confusion this has caused.