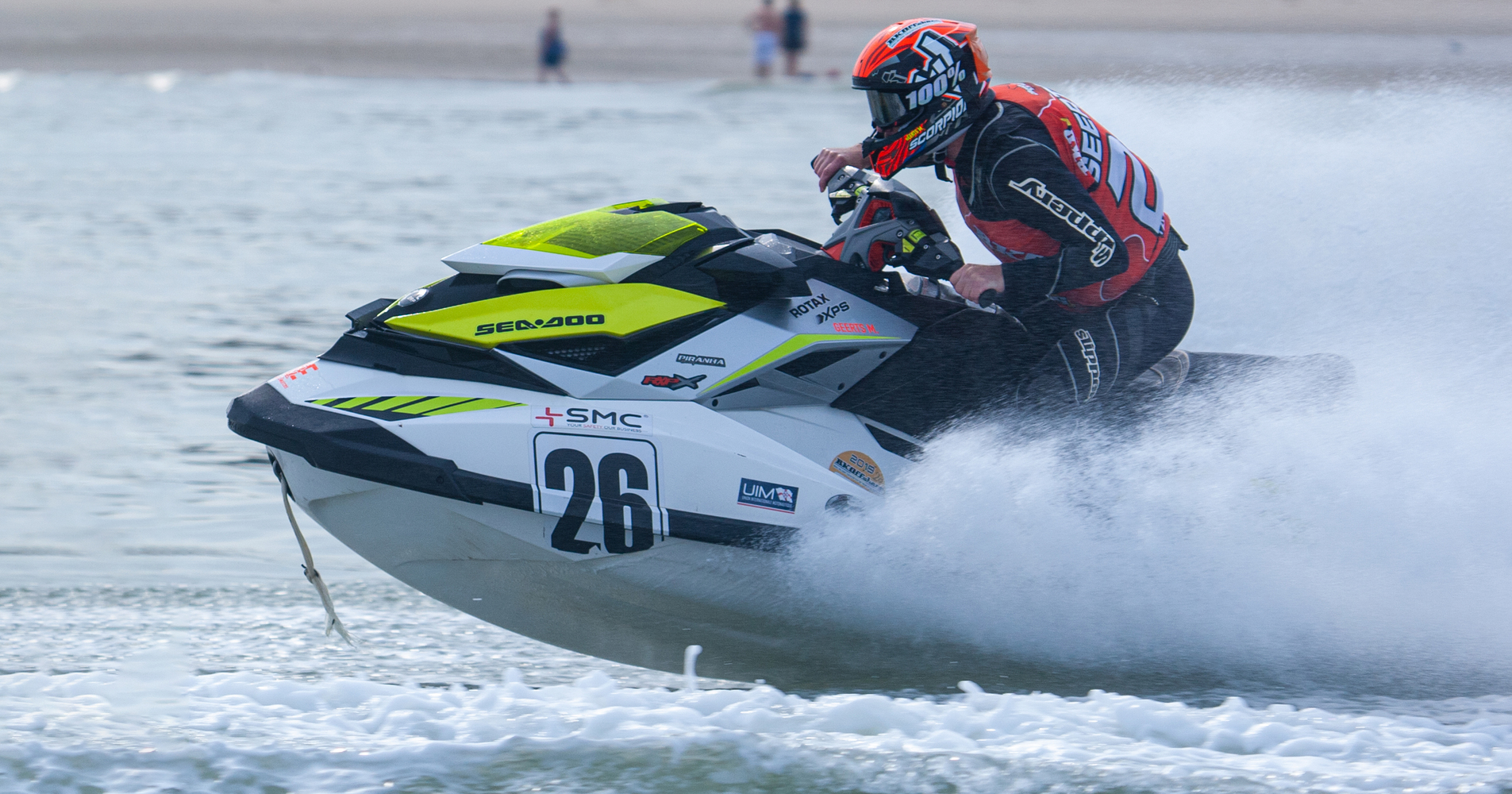 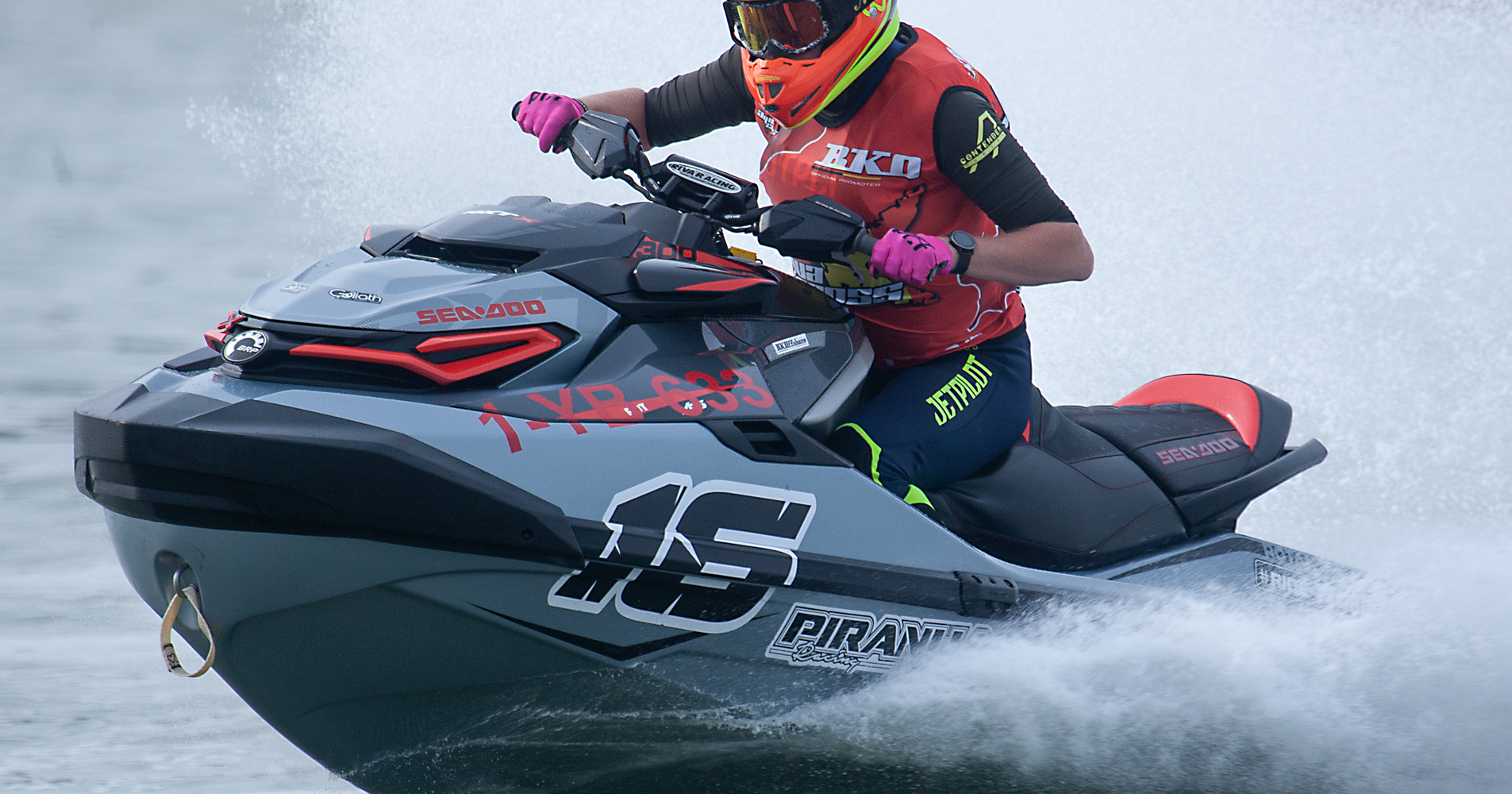 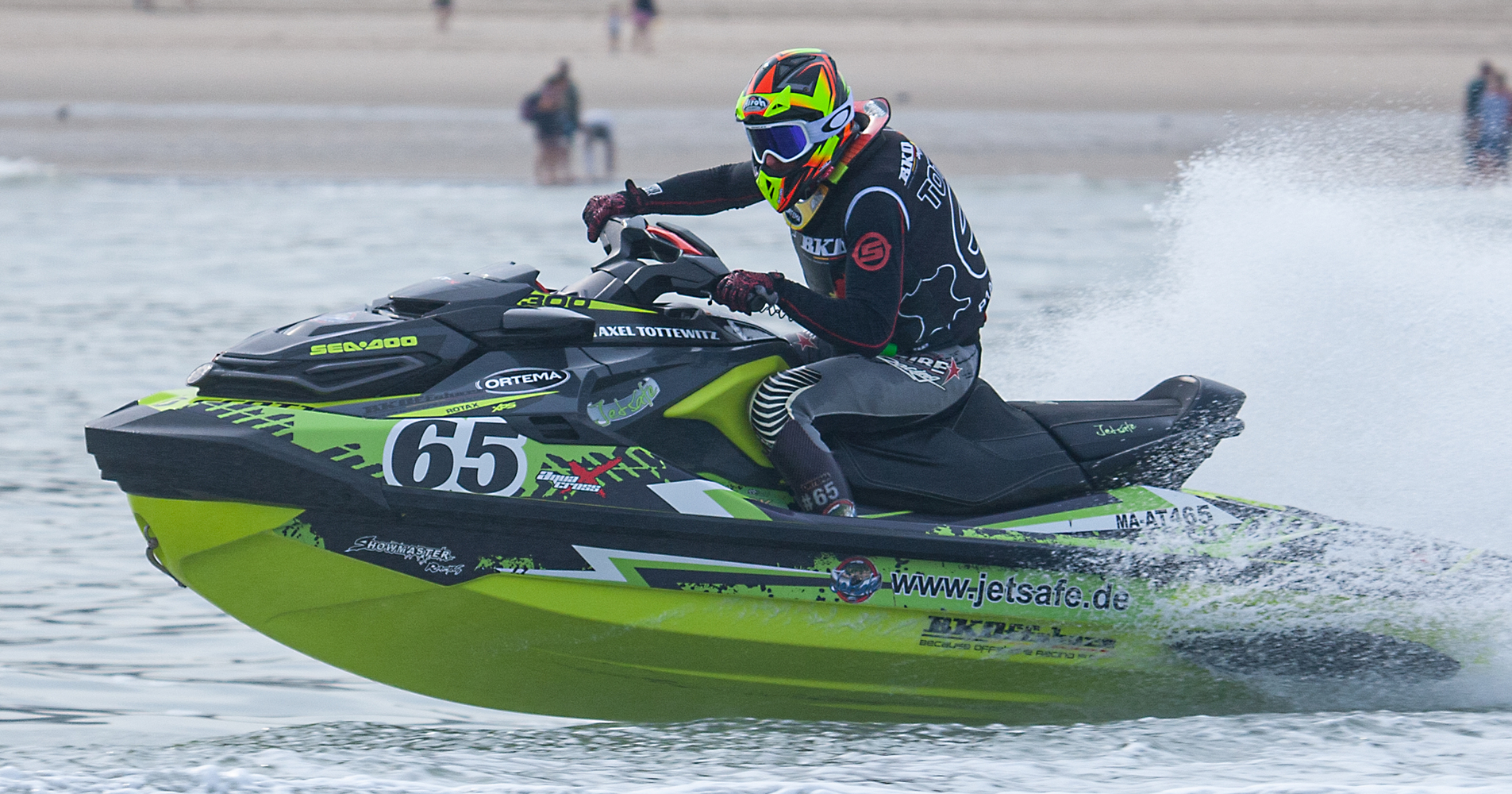 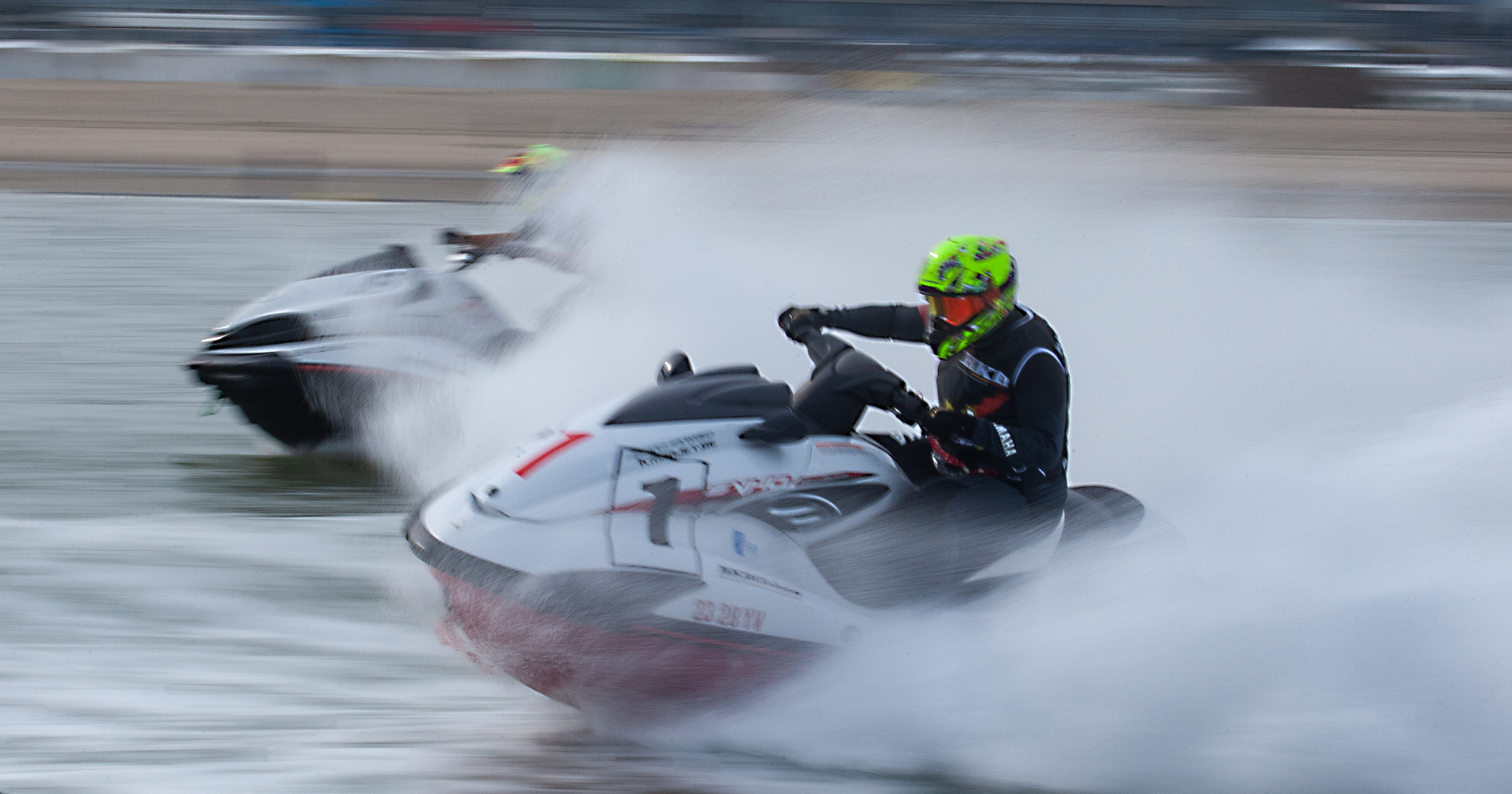 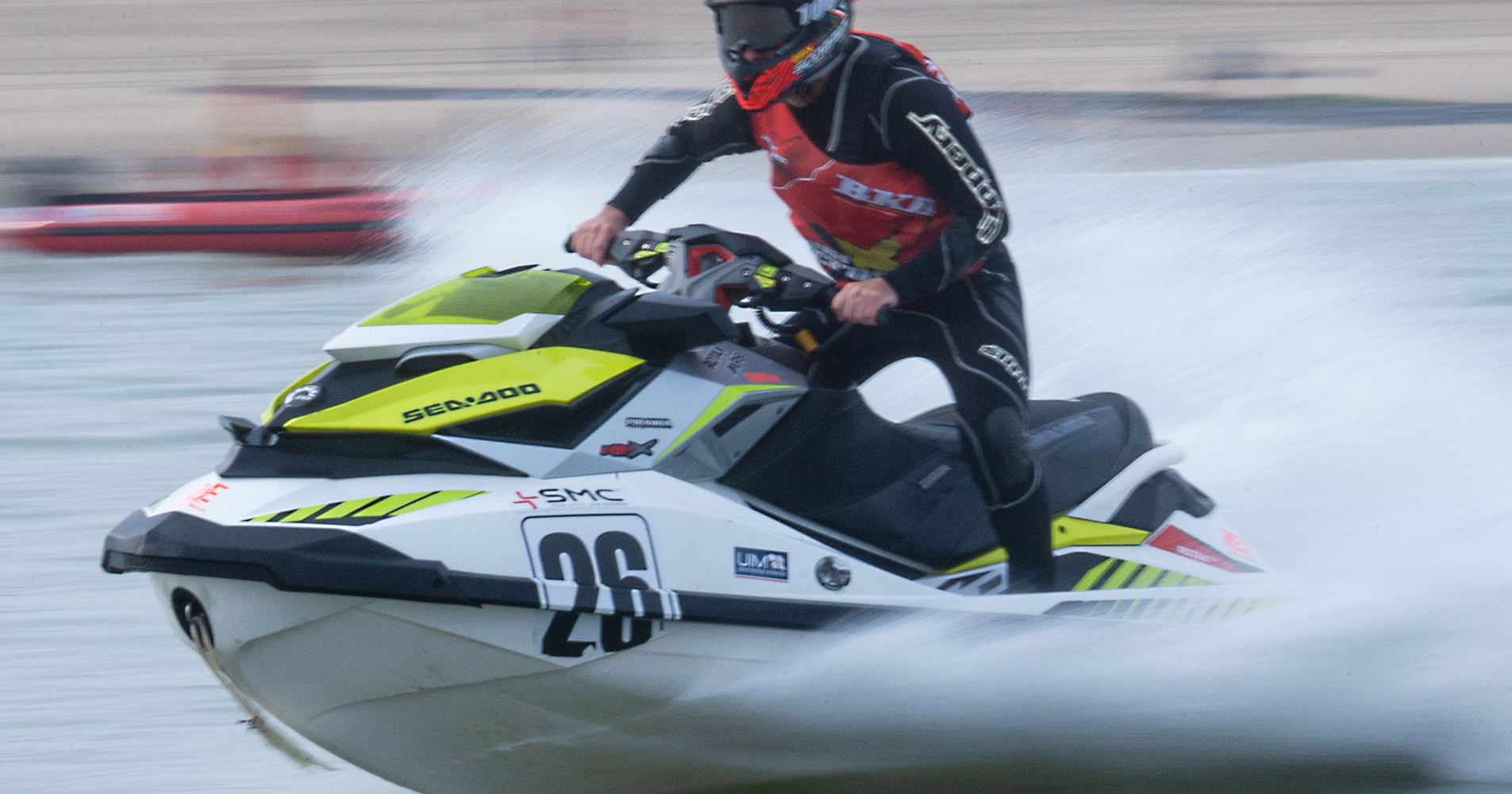 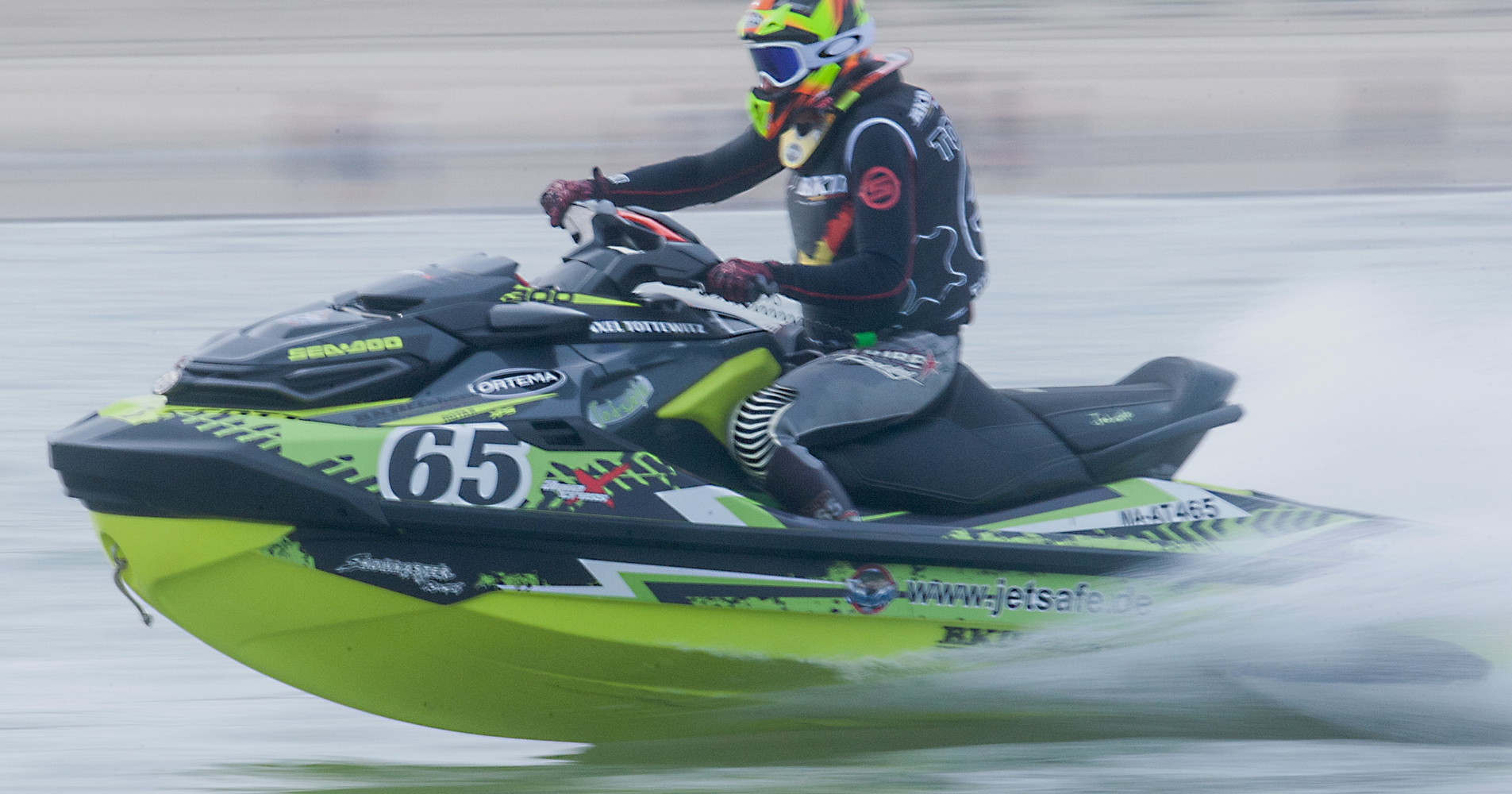 Racing from the North Sea Coast of Belgium

Blankenberge marked the third round of the Belgian Series (heats 7 to 9). Blankenberge is in the North West of Belgium and is part of the Flemish-speaking region, which is very similar to Dutch. PWC racers had entered from all over Belgium, France and Germany for this event which is a collaboration between P1 AquaX and BK Offshore.

The weather at Blankenberge last weekend showed the unpredictability of the North Sea and its weather systems. Saturday began with an almost flat sea and low wind speed enabling pilots to race to the max. The same cannot be said of the following day. There was a "yellow" weather warning on Sunday with heavy rain showers, wind and low visibility which made racing very difficult and eventually forced the press and media boat back to the harbour so there were no pictures from the racing on that day.

In the AM 300 Class, #23 Siegfried Martens repeated his triple crown from Ostend by winning all three heats. #215 came second overall at Blankenberge, #21 Marc Pauwells came in third. #65 Axel Tottwitz may have repeated his run on second places at Ostend but for a DNF on the final heat. He has the consolation of knowing he still holds second position overall.

The AM 200 Class is probably the most competitive class in terms of point differences at the moment. #535 Gwendal Marechal's 2nd and two first places made him victor at Blankeberge, but missing out at Ostend means that he is in third place overall in the championship. #123 Lorenz Huysmans and #5 Jerome second and third at Blankenberge. In the 2021 table, Huysmens leads the pack and is now 19 points clear, with Yoan Feron second and Gwendal Marechal in third, a mere four points behind.

The Am Sprint SE Class has turned into a duel. #12 David Degroodt came second to #969 Raphel Gego in the first two heats, but Gego didn't finish in the final heat leaving Degroodt the winner. Degroodt is first in the season table and has a pretty impressive lead.

It's now a short hop up the coast for the final event at Zeebrugge (Sep 17-19). It has been an exciting season so far and it is hoped that the weather for this event might be a bit brighter and less blustery!