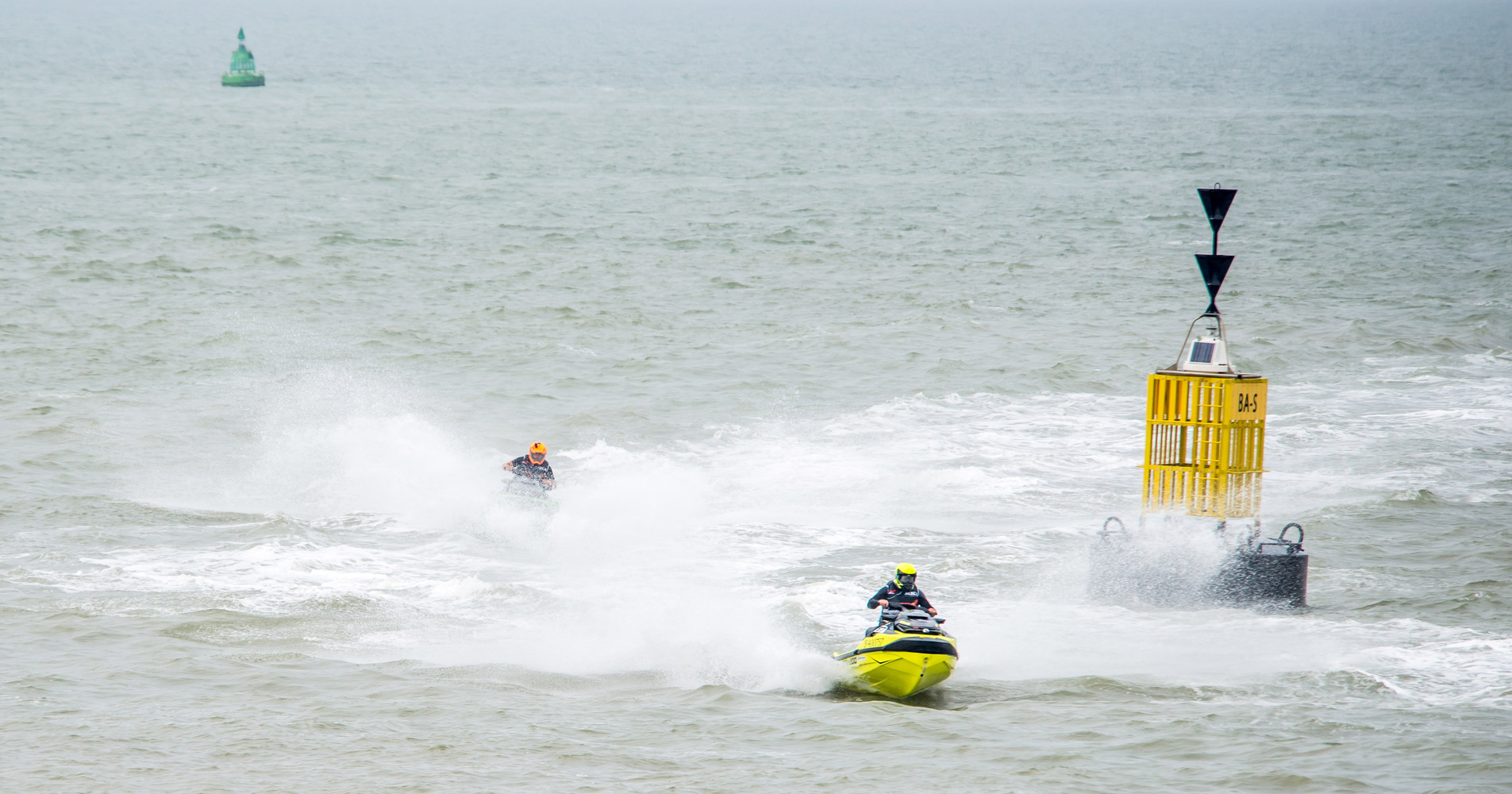 You wouldn't want to bounce off one of these buoys! 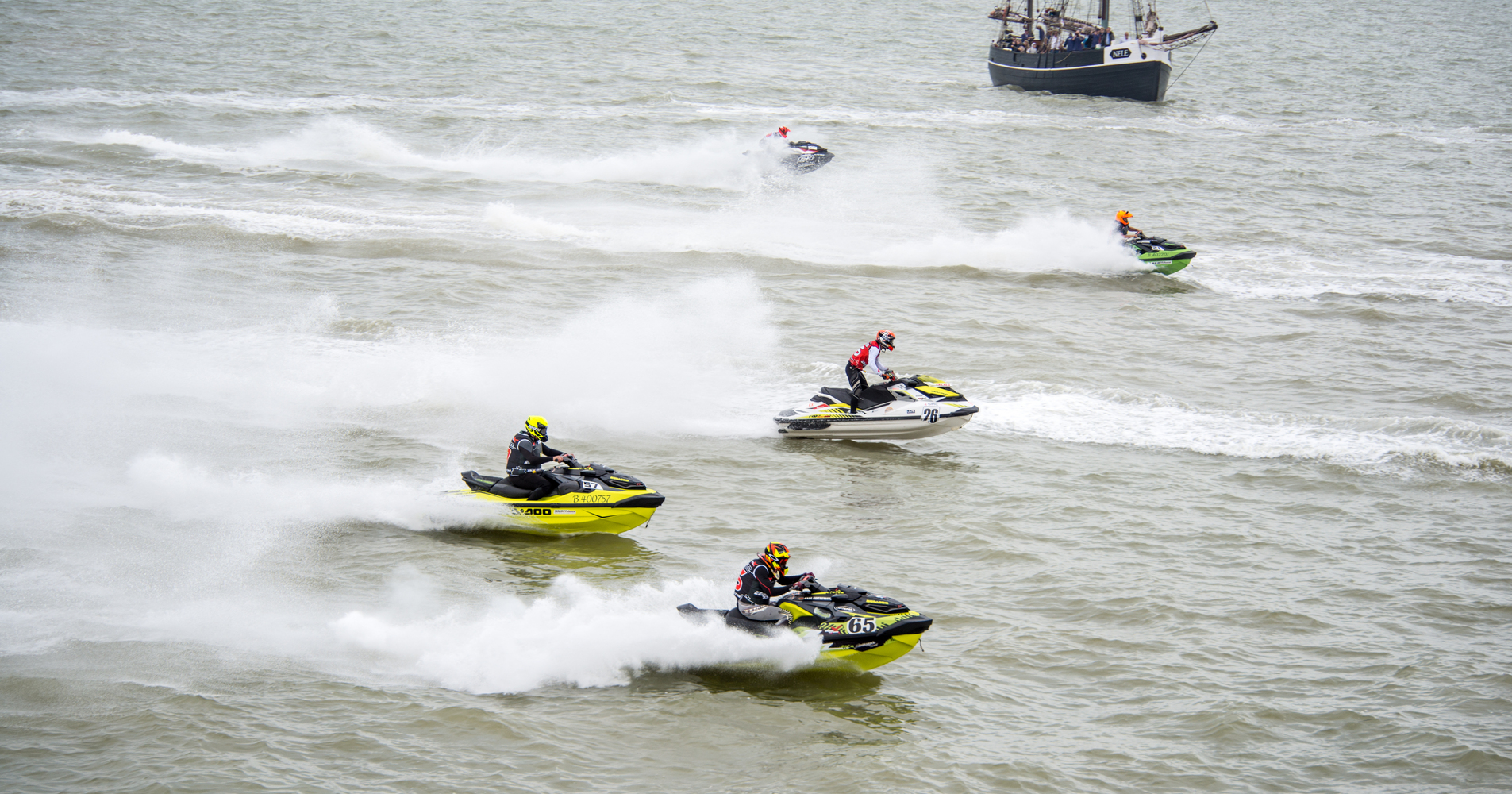 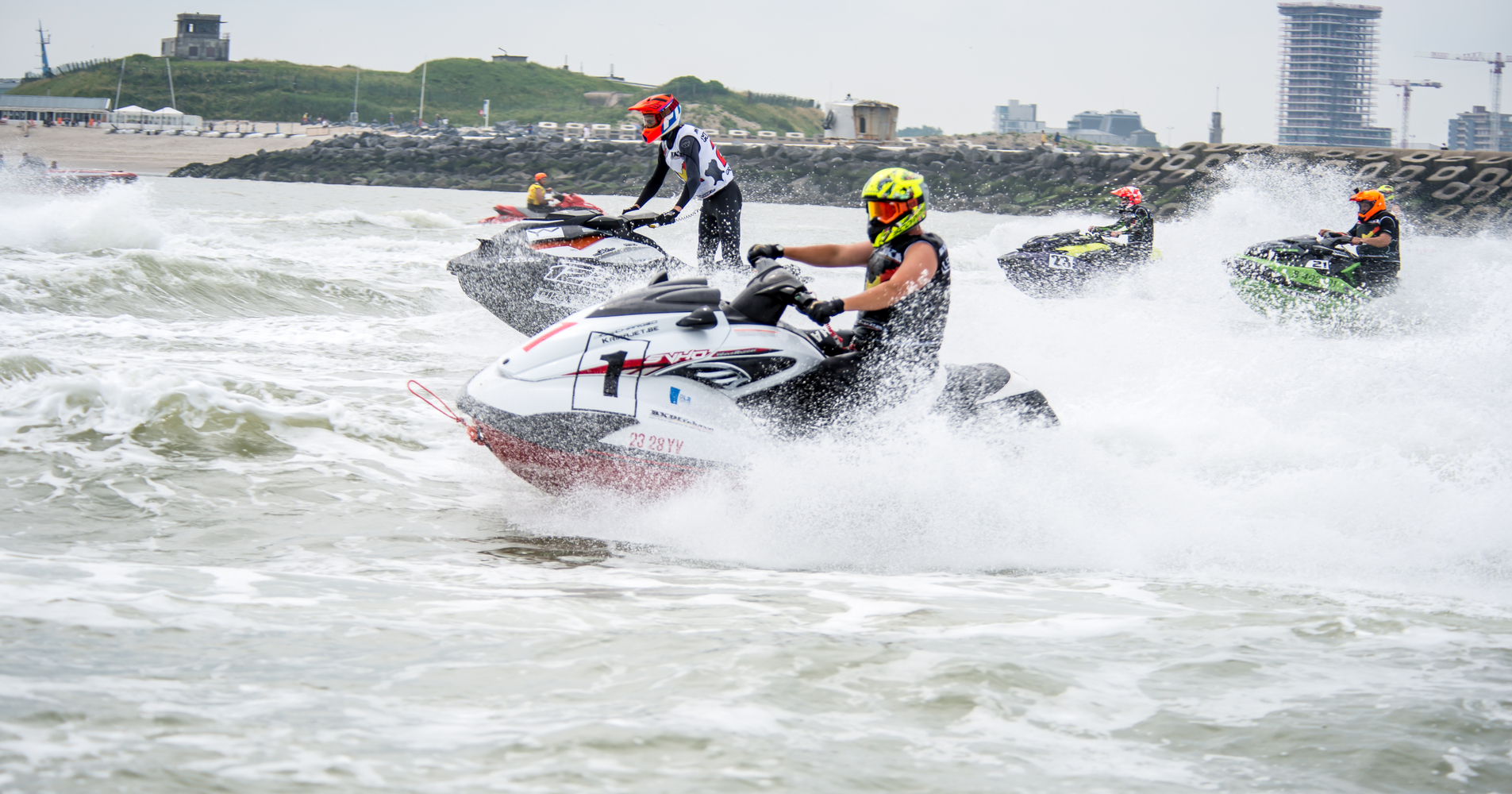 The Hard Buoys of Ostend

Another busy event in Belgium

After racing on the choppy waters of the Albert Canal in Lummen in North East Belgium in May, P1 AquaX/BK Offshore racers were looking forward to the first offshore event of the 2021 season. Bad sea conditions had hampered racing at Ostend in 2020. However, conditions for the race this year were ideal. Moving to the new Ostend East circuit also made it possible for visitors to watch the racing closer to the action than in previous seasons. The circuit itself was also much more challenging for the riders.

Tom Claerhout #51 won both the first and second motos and was an obvious favourite to win the event. Dennis Lauwers #16 and Matthias Geerts #26 finished in joint second place after two races on Saturday, both riding Sea-Doo RXTX 300s. In the run-up to the last heat, Tom was unable to race on the Sunday, leaving Dennis Lauwers to take the title with a win. A fantastic improvement on his 6th place at Lummen. Is he more at home on the sea, or was he just lucky? We will see in the races to come.

Gilles Le Rycke #1, who had won the AM300 class in the first event at Lummen, had to miss the racing due to technical problems. Siegfried Martens #23, third at Lummen made a clean sweep, winning every heat to finish with a very emphatic victory and maximum points. Axel Tottewitz #65, second at Lummen, repeated the achievement by coming second in every heat at Ostend. Sven Hautekeete #215 came in third overall.

A car accident a couple of days before the Ostend event put paid to #535 Gwendal Marechal’s chance of repeating his first place at Lummen. Sadly, he could not attend. Lorenz Huysmans #123 took the event. It might have been a different story had newcomer Jerome Mustel #5 hadn’t had problems starting in the first moto. He won both the second and third heats outright on a Kawasaki 15F.

David Degroodt #12, a newcomer racing for the first time at a P1 AquaX/BKOffshore event, took the Sprint SE title on a Yamaha EX. Second place went to Raphaël Gego #134 on a Spark.

If you want to see how the podium changes and follow the racers’ stories, come to our next race event, just 20km up the coast at Blankenberge (20 – 22 August). Or you could enter and write your own story.