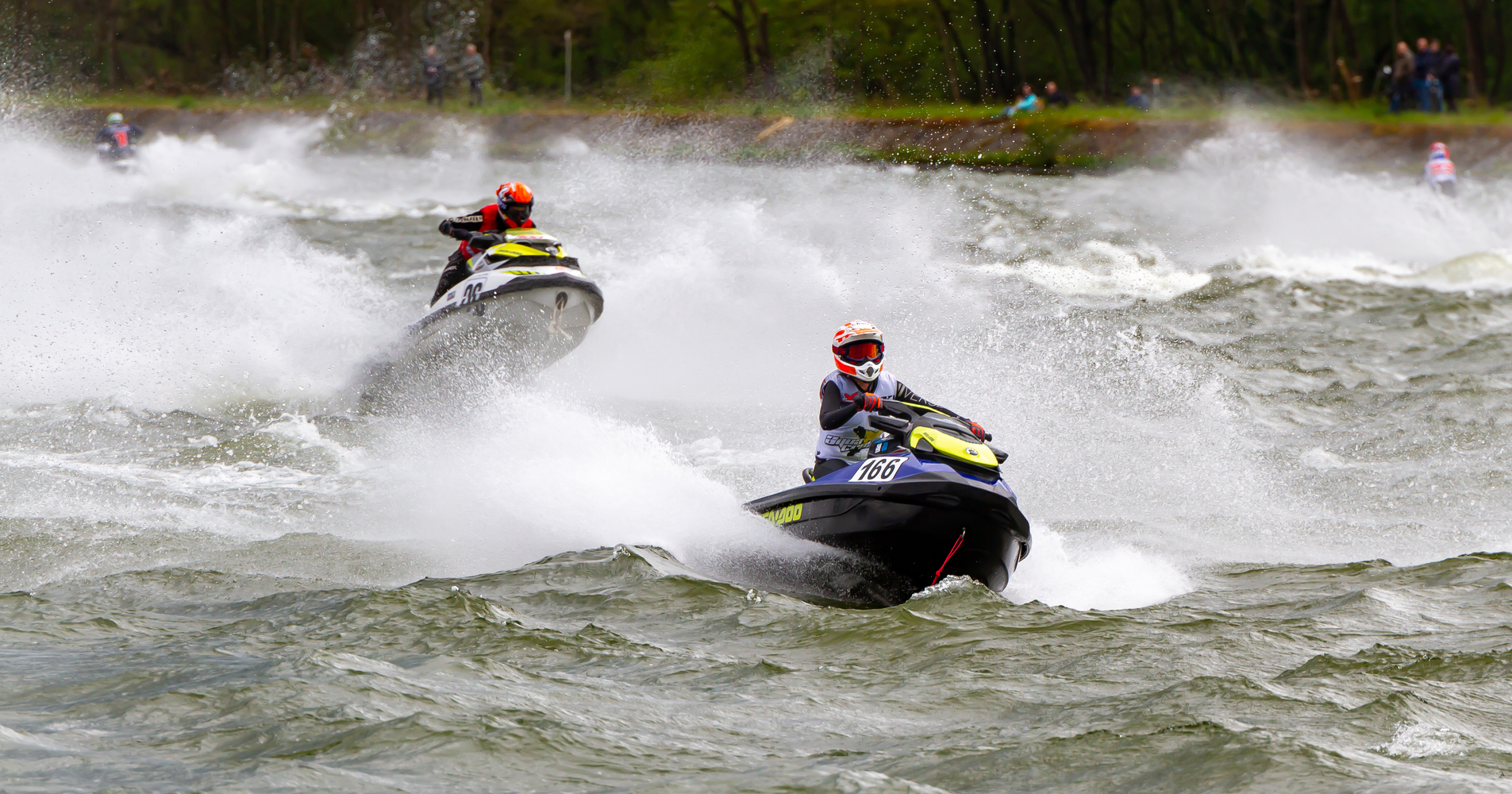 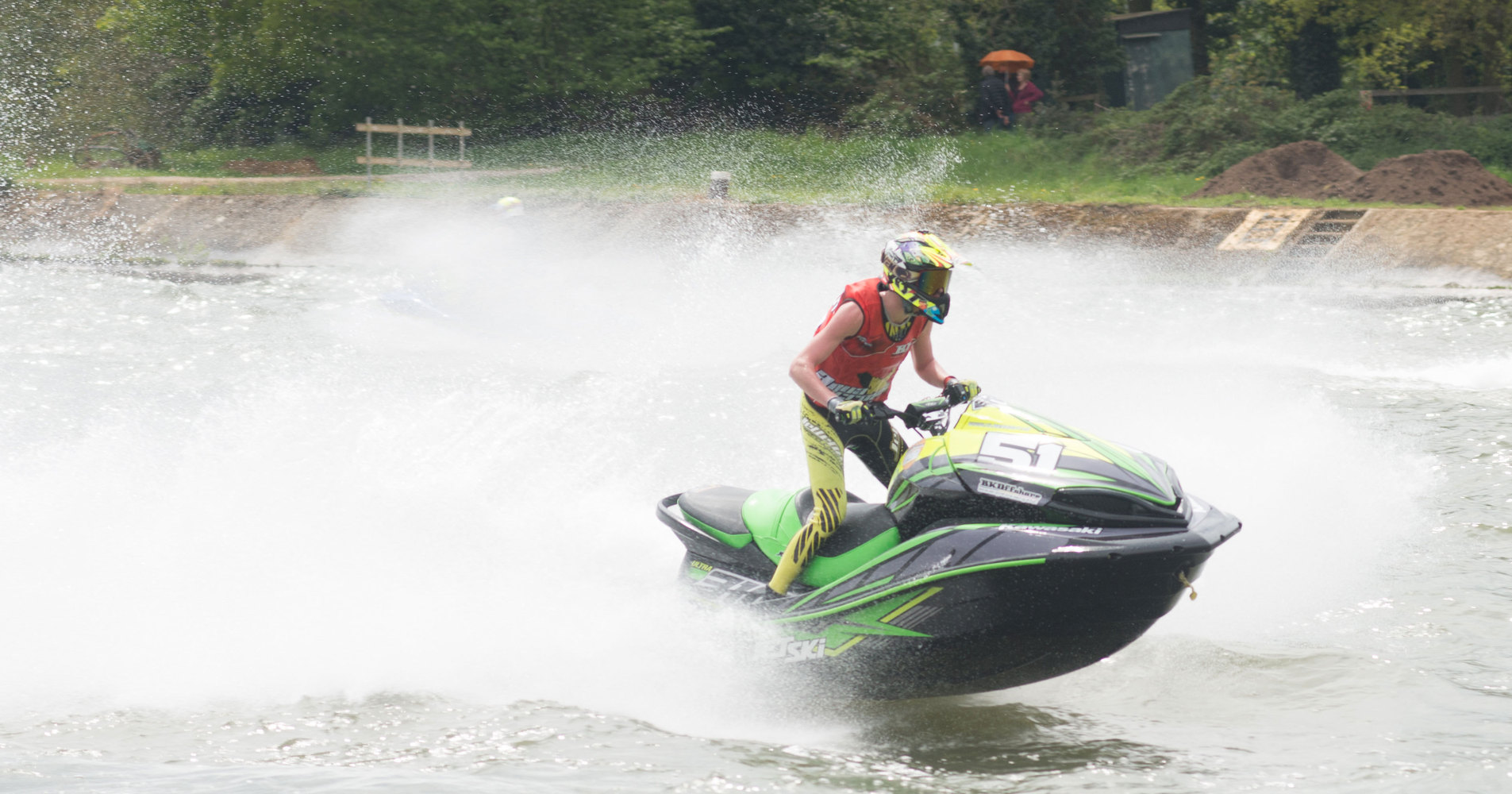 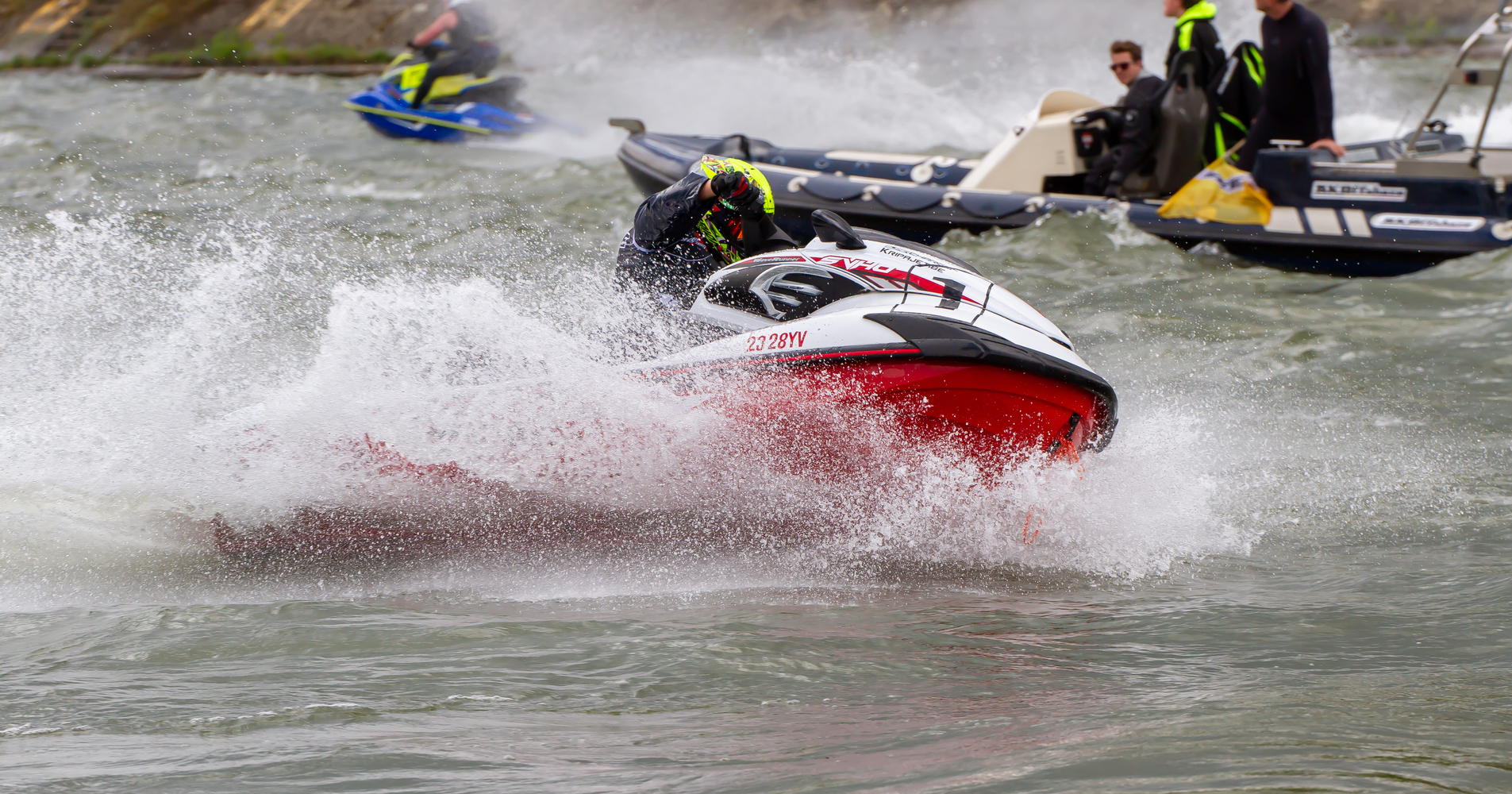 Loving it in Lummen

After a long unwanted break, P1 Aquax racing returned to Europe with a well-organised event on the Albert Canal in Lummen in partnership with the local promoter BKOffshore. Lummen is in the North East of Belgium, fairly close to the German border. The Albert Canal is a major waterway linking Antwerp to Liège.

When you think of canals you tend to think of still water but, as the pictures show, the racers experienced some rough weather and water conditions, giving some of the racing a bit of an "offshore" look!

The Enduro Pro was dominated by the Claerhout brothers, Tom #51 and Bert #38. Despite this, Didier Bodart #3 won the first heat and beat Bert into second place.

Three second placings saw Giles Le Rycke #1 win overall in the Am 300. He beat German racer Axel Tottewitz #65 in second with only a point separating them. A DNF in the first heat sadly spoiled Siegfried Martens #23 two wins in Am 300, marking him as one to watch in future events in the Belgian Series.

Two French racers saw off the Belgian AM 200 racers. Gwendal Marechal #535 with a near-perfect 1st, 1st and 2nd headed the table. Yoan Feron #11 coming in second place with a score of 65pts that would have been enough to win in other classes. Lorenz Huysmans #123 came in 3rd with a consistent 3rd place in all three heats followed by Charlotte Maes with a creditable fourth place.

The Sprint SE was led by David Degroodt on a Yamaha EX ahead of a fleet of Sea-Doo Sparks. Raphaël Gego #959 was second in a close 2nd/3rd tussle with debutante Jelle Demulder who impressed.

Lummen was the first AquaX event in Europe since 2019, thanks to the pandemic. Social distancing created a few changes to the proceedings notably the omission of the usual prize giving ceremony at the end.

Despite this, a record number of registrations for the event showed that European riders are very keen for some AquaX action!