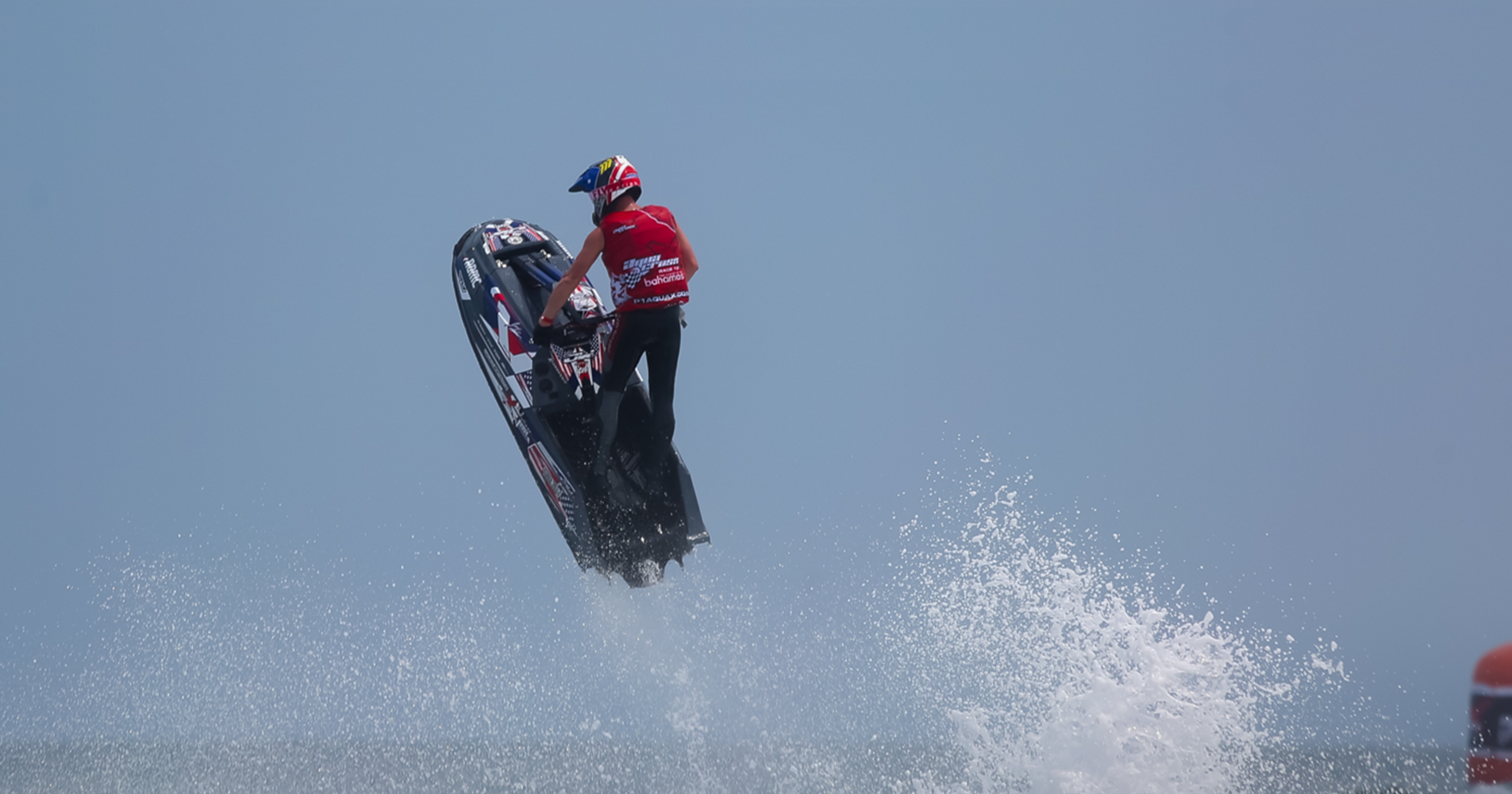 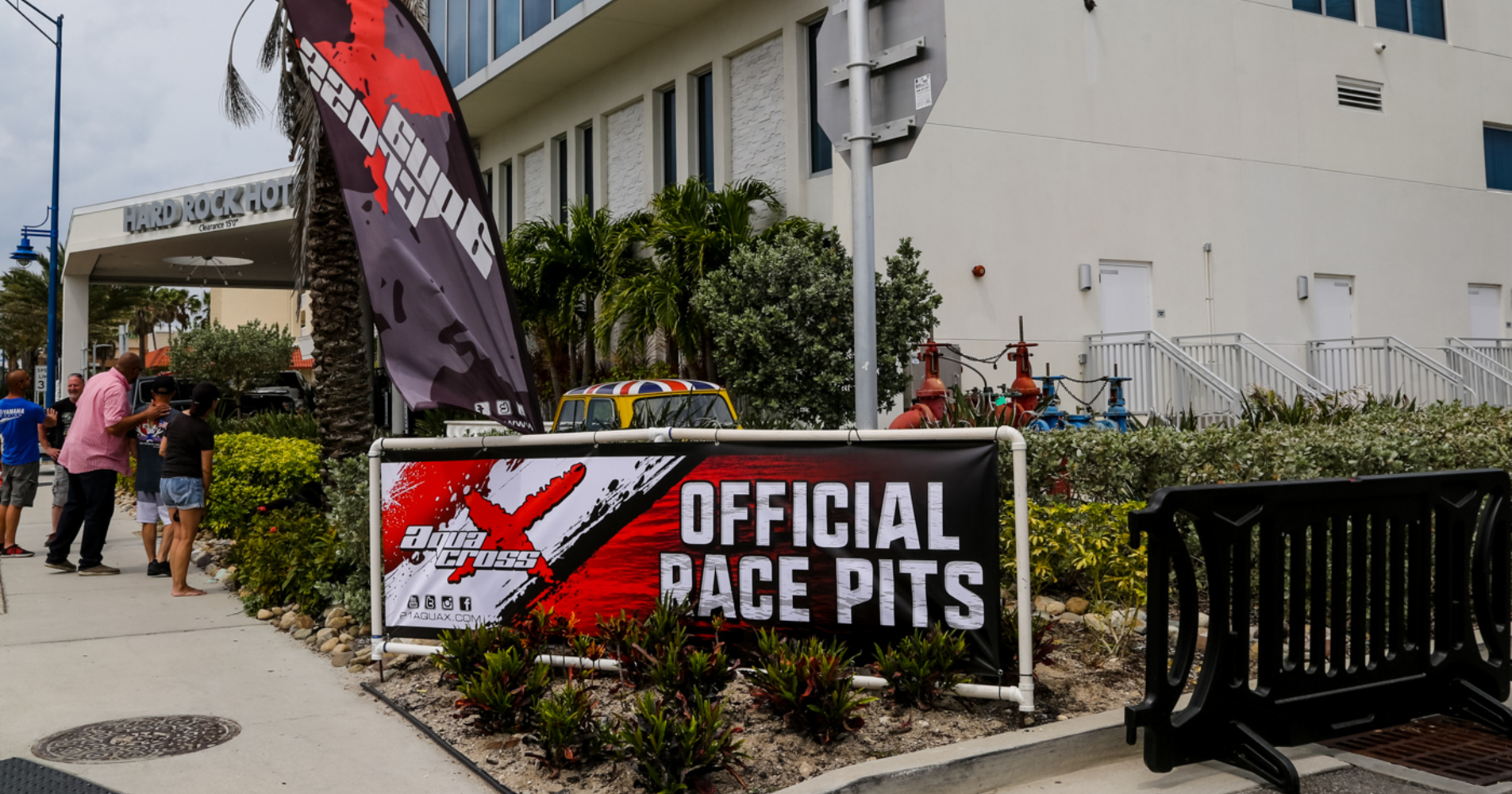 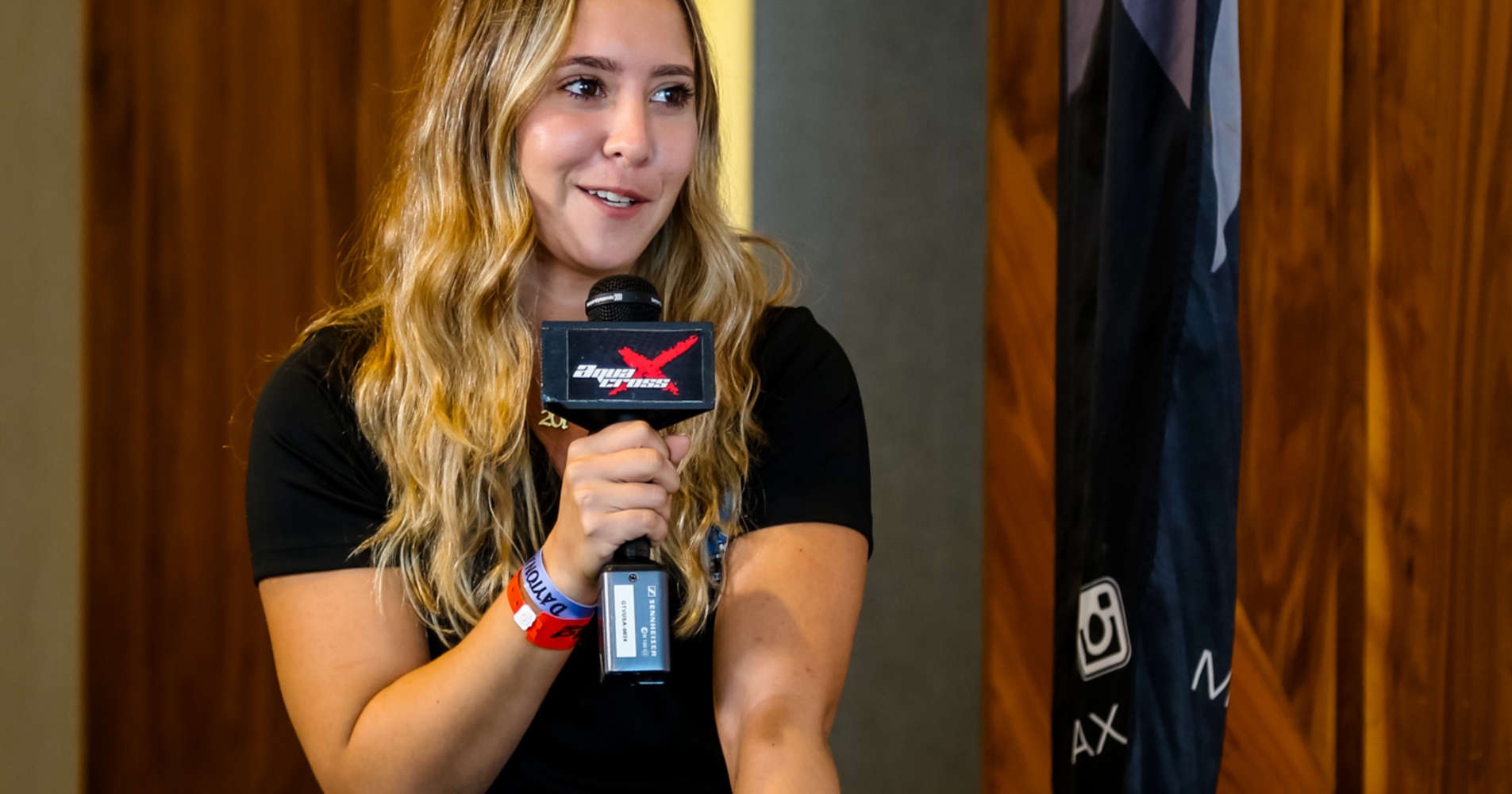 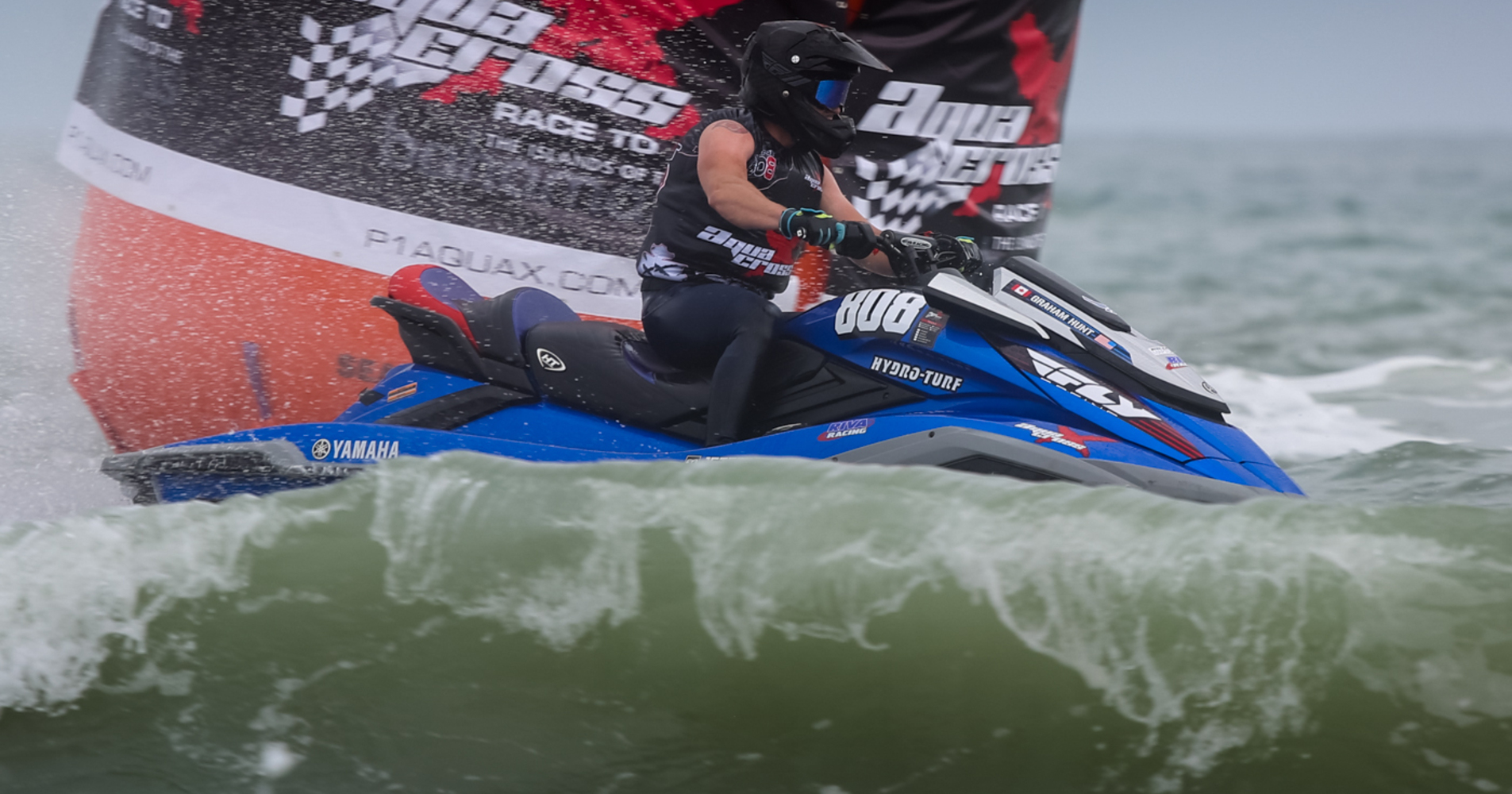 Graham Hunt leads the AM300 class after day one. 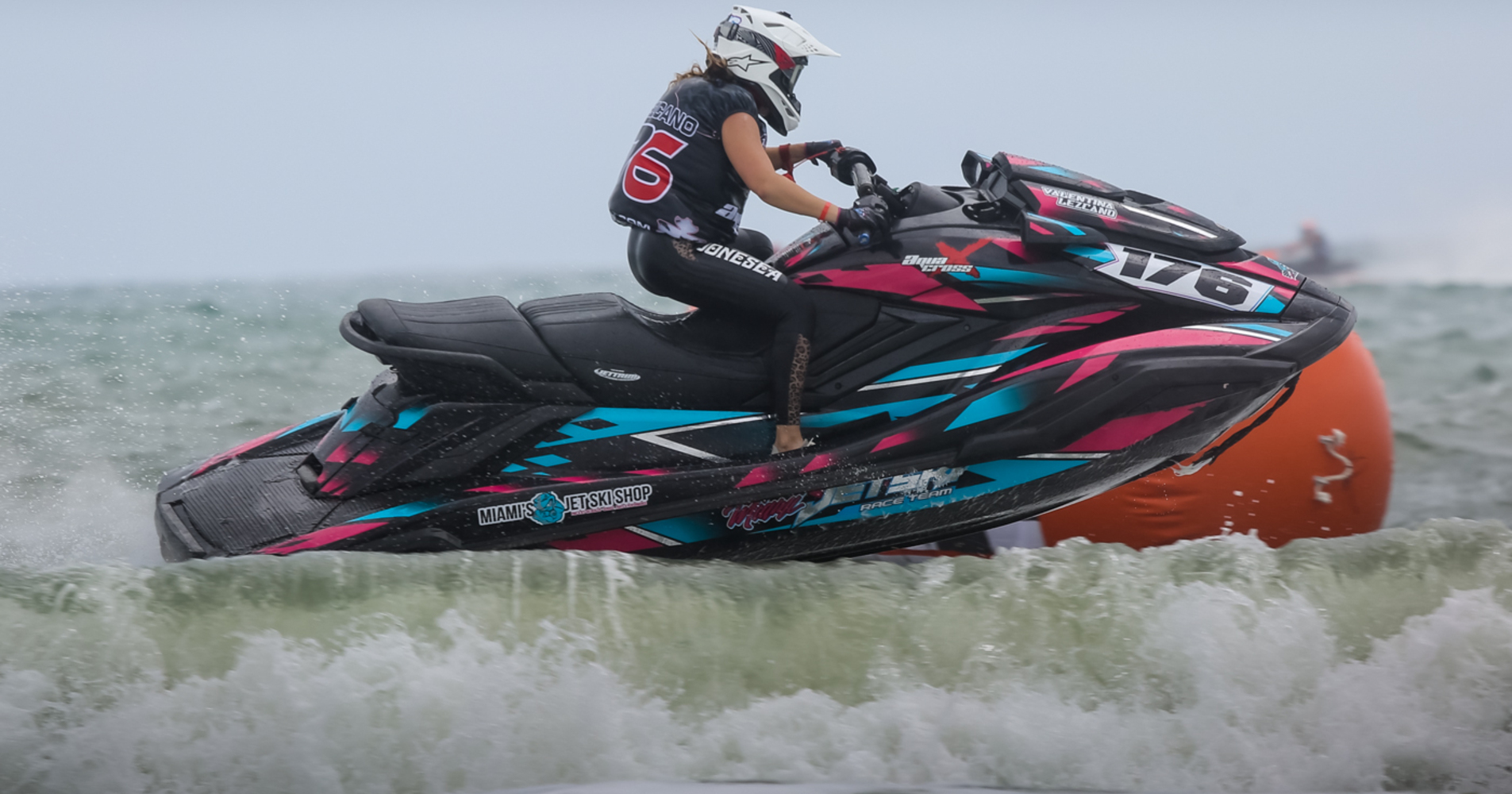 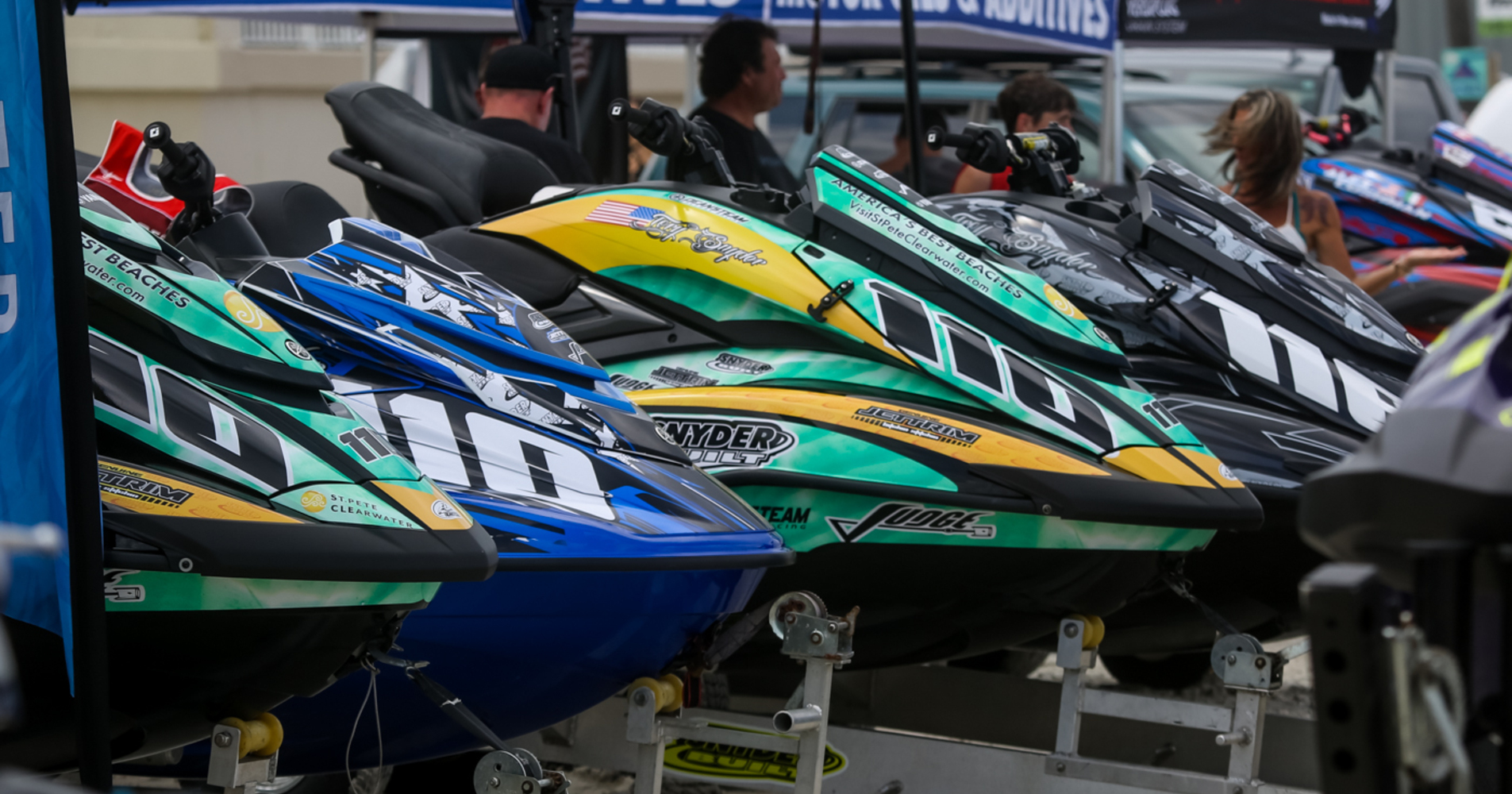 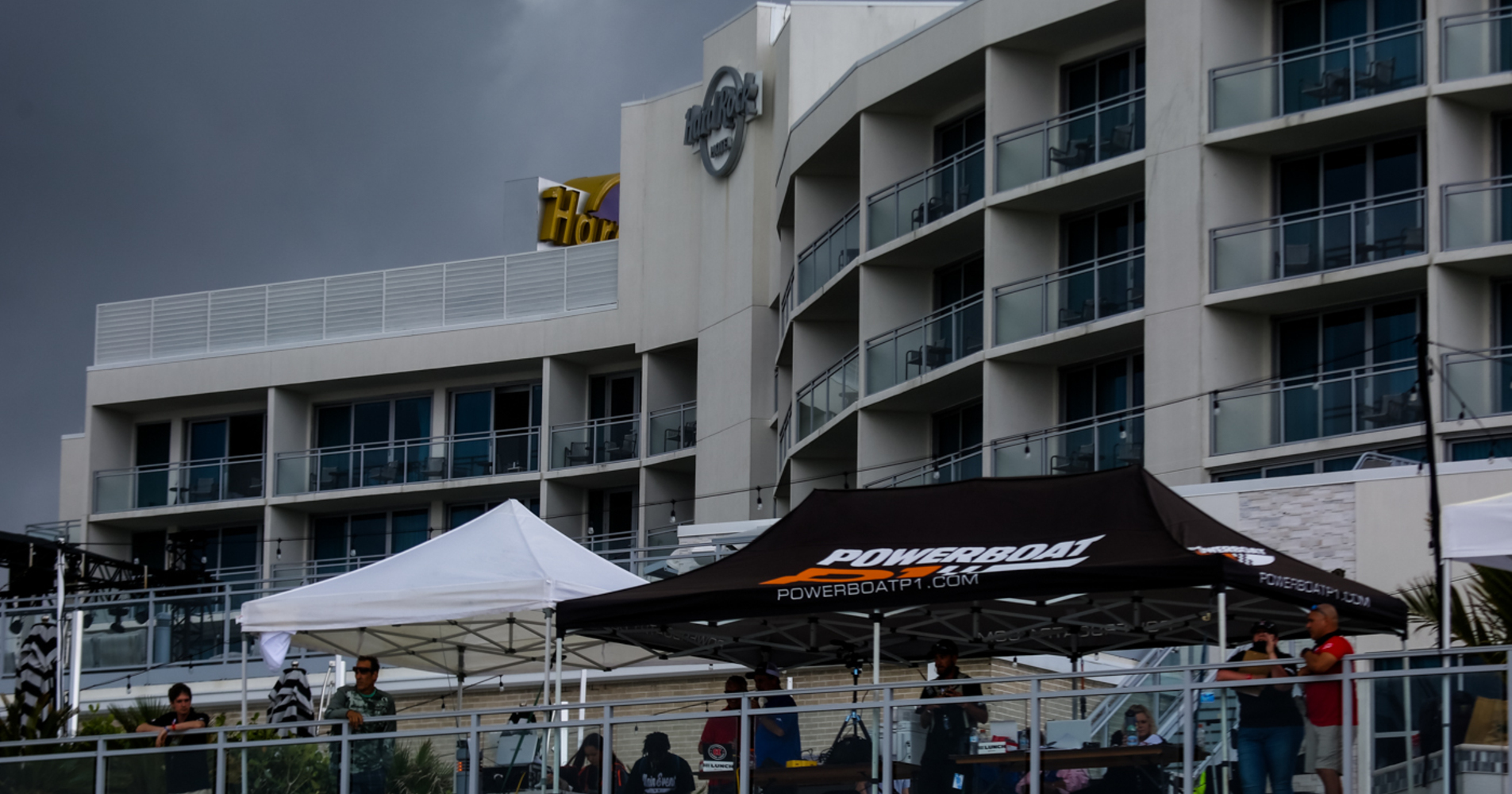 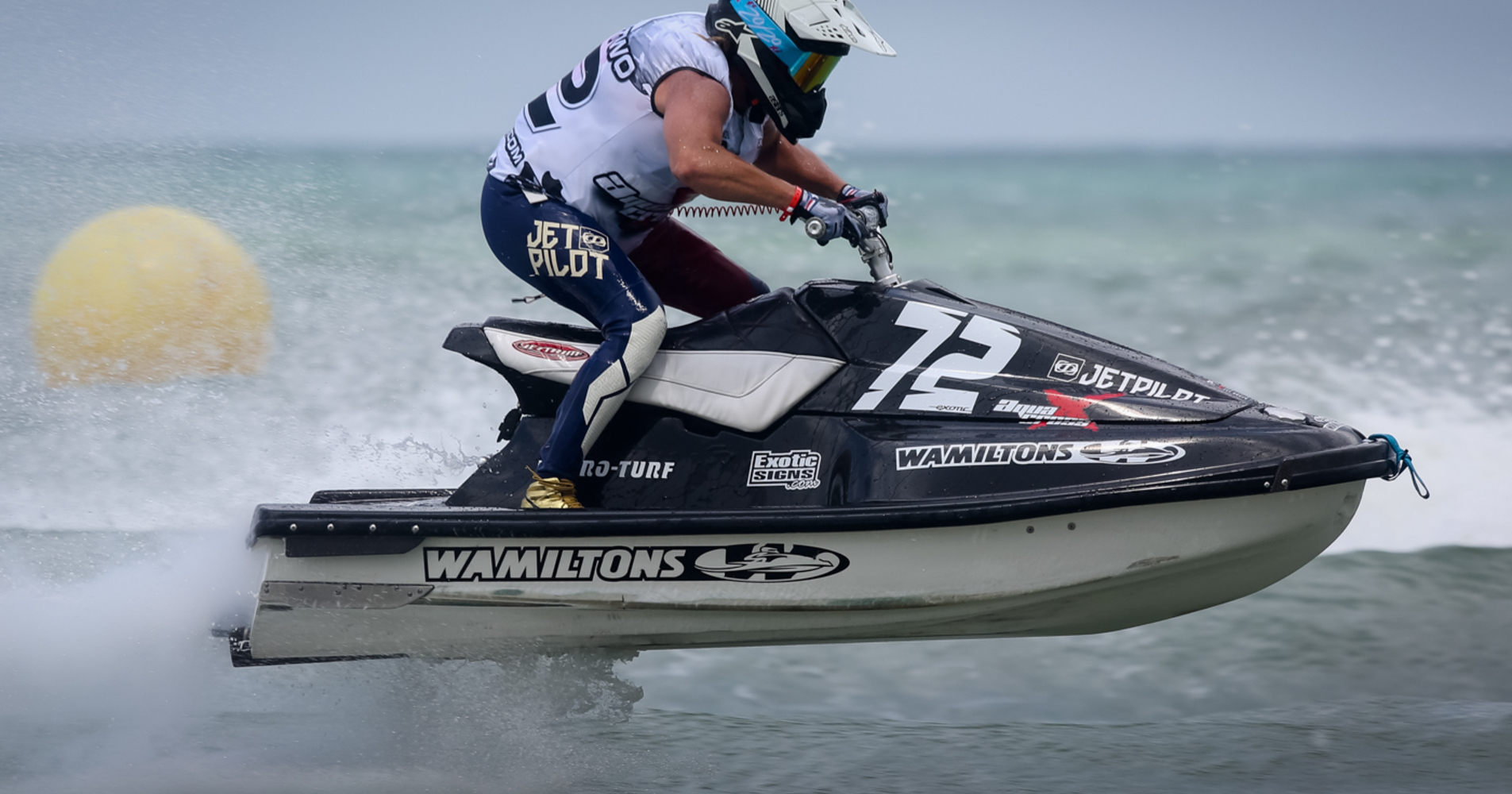 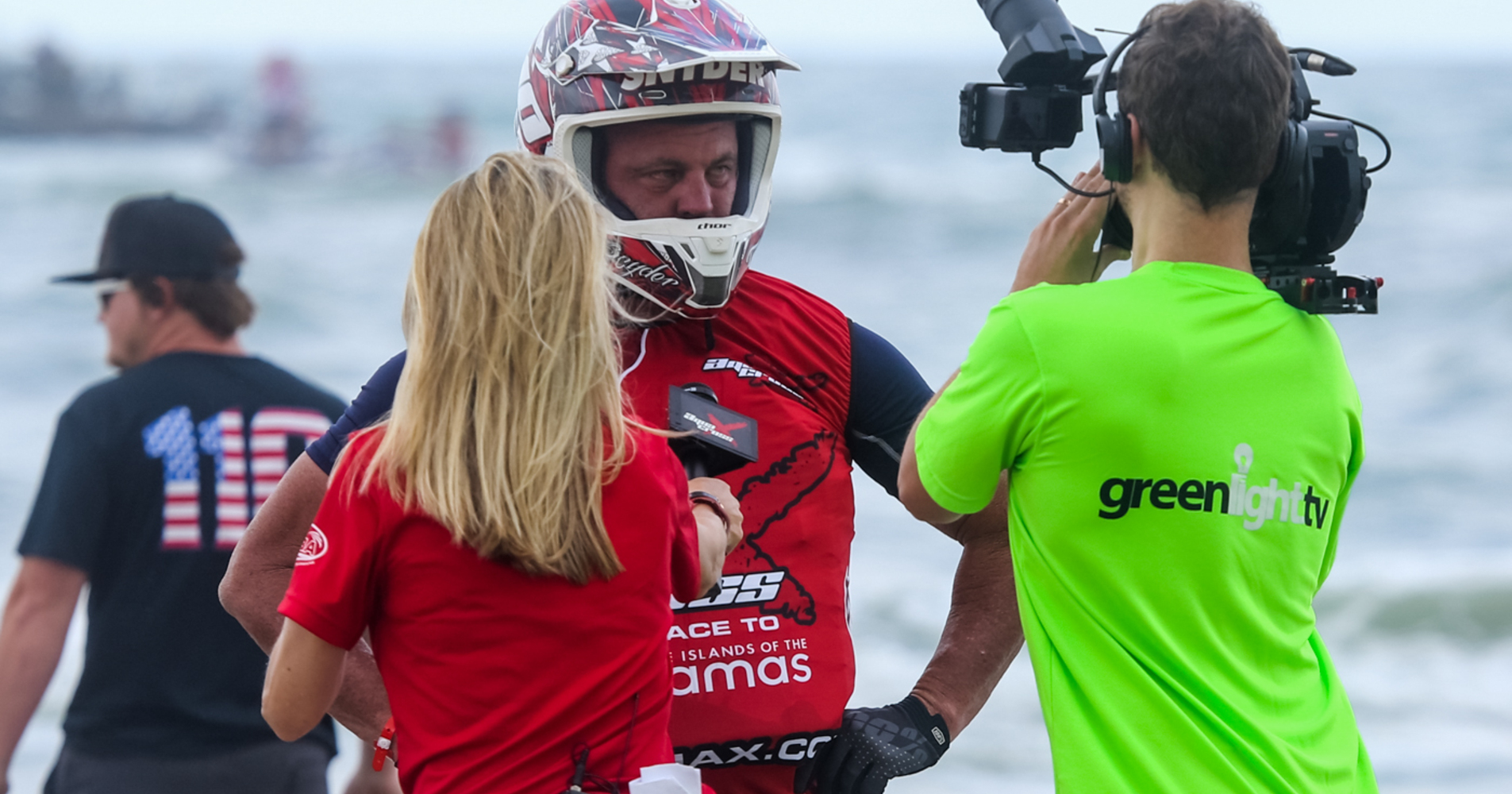 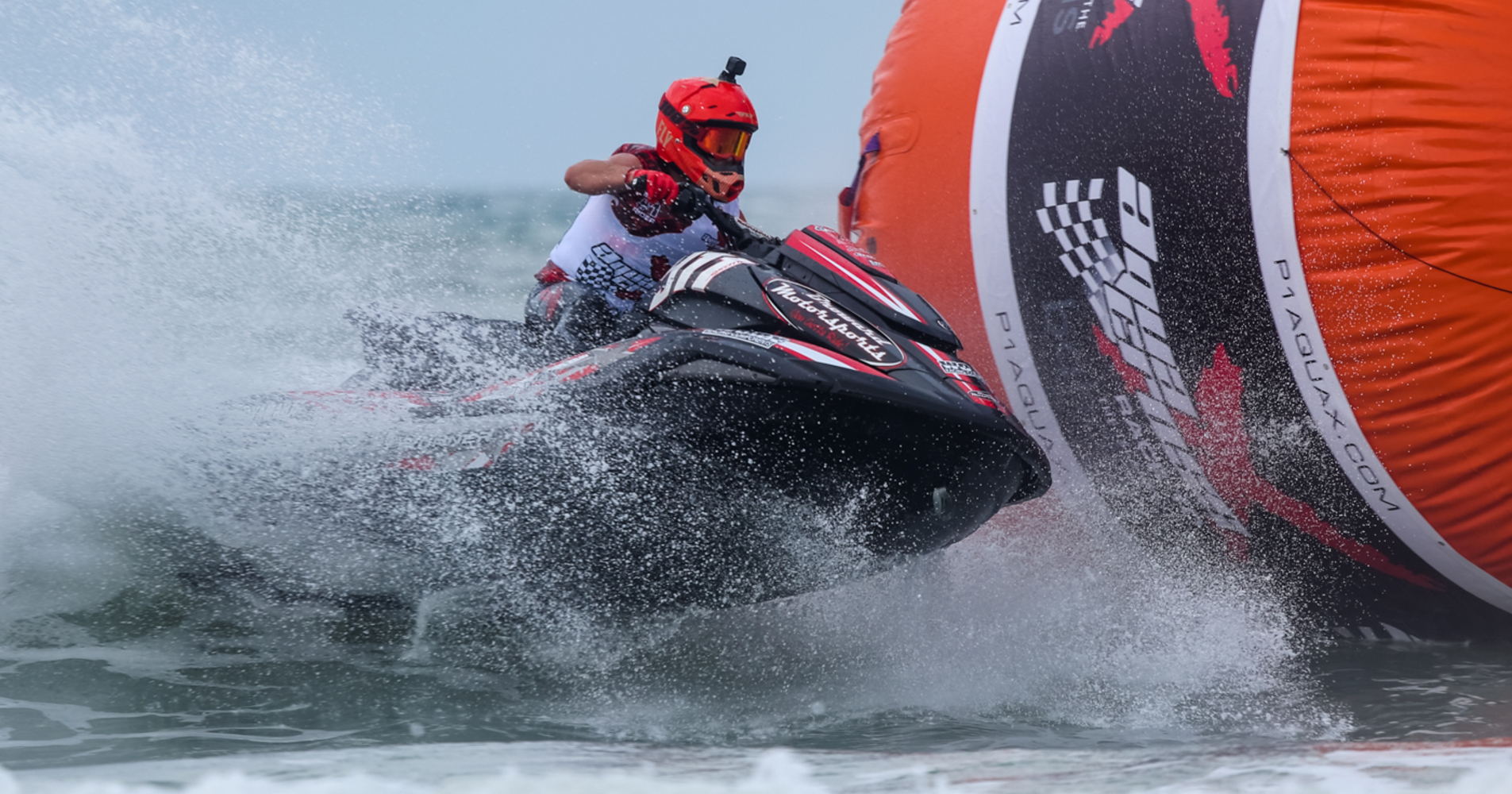 Not a great first day for World Champion - Eric Francis 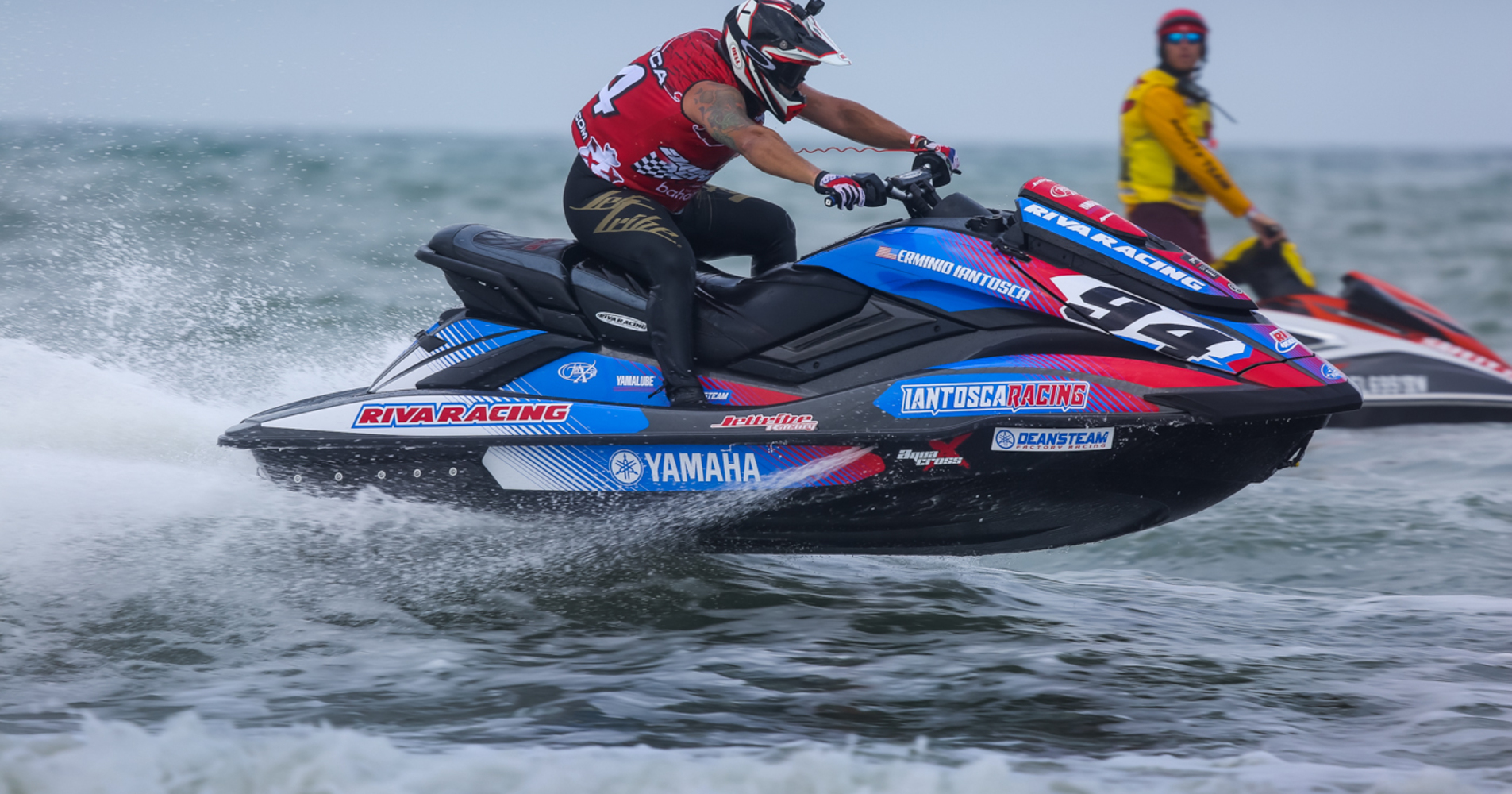 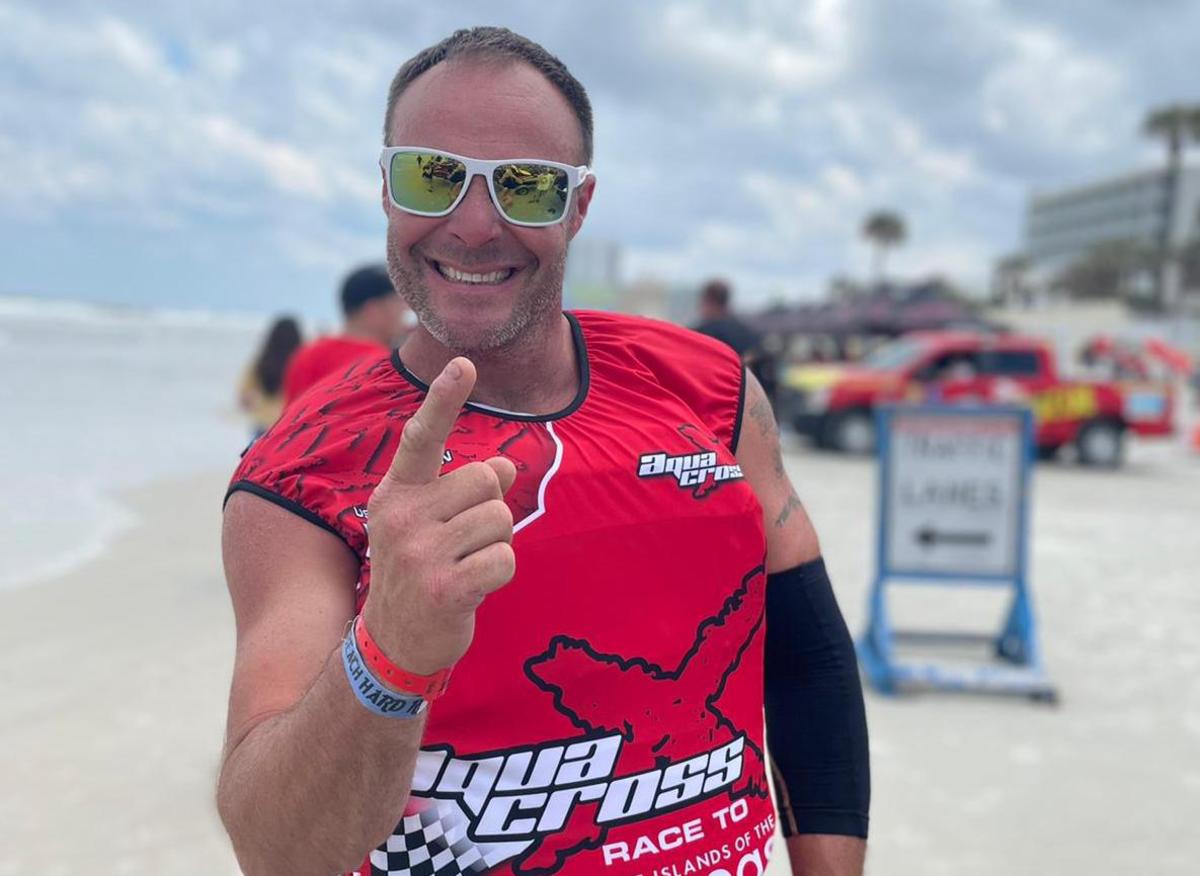 RIVA Racing’s Brian Baldwin took the win yesterday in Daytona Beach at the opening round of the P1 AquaX USA ‘Race to the Bahamas’ Championship, yet despite not getting the best of starts he rode through the pack to take the lead before the race was red flagged on lap 6.

“Winning that moto today is a huge confidence booster for the weekend. The conditions out there are just totally brutal with gigantic holes but my RIVA Yamaha FX is so fast” explained the reigning champion. He was also very happy to be in Daytona, “it’s awesome to be here and back where it all started in '99. My team mate, Graham Hunt won the Amateur 300 race earlier today, so I’m pumped.”

Despite a fall on the front straight Broward team racer Christian Daly finished strong second but felt he could have taken the win “I would have won the first race but I fell off. I got back on but still got second so I’m happy with it.”

The big surprise of the opening race was how well the Pro Rookies performed on their first outing. First to stand out was Greg Radulski who grabbed the 1 holeshot and for his efforts earned the first $100 RideNow holeshot awardof the weekend.

“RideNow Powersports is one of the nation's largest powersports dealers groups with 46 multi-brand dealerships spread across the country,” commented Colton Cunningham, Marketing Coordinator for RideNow Daytona Beach. “We’re pleased to be a sponsor of the P1 AquaX at Daytona Beach event and look forward to the continued partnership with P1 and all the attention it will bring to the Daytona Beach area."

Visit St Pete Clearwater sponsored rider, Tory Snyder, finished an impressive third in his first Pro race. He had this to say. “Felt great! Came out of the first moto with a 3rd. Good way to start my rookie debut. Gotta stay locked in and ready for tomorrow.” Fellow Pro Rookie and RIVA racing's Chris Landis also finished in fifth just behind Eminio Iantosca.

“RideNow Powersports is one of the nation's largest powersports dealers groups with 46 multi-brand dealerships spread across the country,” commented Colton Cunningham, Marketing Coordinator for RideNow Daytona Beach. “We’re pleased to be a sponsor of the P1 AquaX at Daytona Beach and look forward to the continued partnership with P1 and all the attention it will bring to the Daytona Beach area."

Broward Racing favourites Chris MacClugage and world No.1 Eric Francis didn’t have the best of days. MacClugage had a good start and led the race for the first couple of laps before succumbing to mechanical issues. Francis suffered a poor start followed by big fall on the fourth lap scuppered any chance of a top place finish.

Graham Hunt took the win in the AM300 class ahead of former champion Yaniel Fiallo and Eric Diaz. Miami Jetski Valentina Lezcano took a brilliant fifth behind Joe Johnson on her first outing in the 300class.

Frankie Mojica headed up the AM200 class beating rookies Andrea Edmiston and Jamel Reyes to the win.

The Pro Sprint division was won by James Wilson, Isaiah Washington and Devon Farthing finished in second and third respectively. Jeffrey Therrien won the AM division.

Eric Lagopoulos started where he finished in 2019 at the pointed end of the Sprint SE class. Clinton Pace finished in second ahead of Arnold Martinez.

Johnny Smith led the way in the regional Pro Sport class taking the win over Devin Farthing and Glen Young.

Racing resumes today at 9.30 with the Pro Sprint.