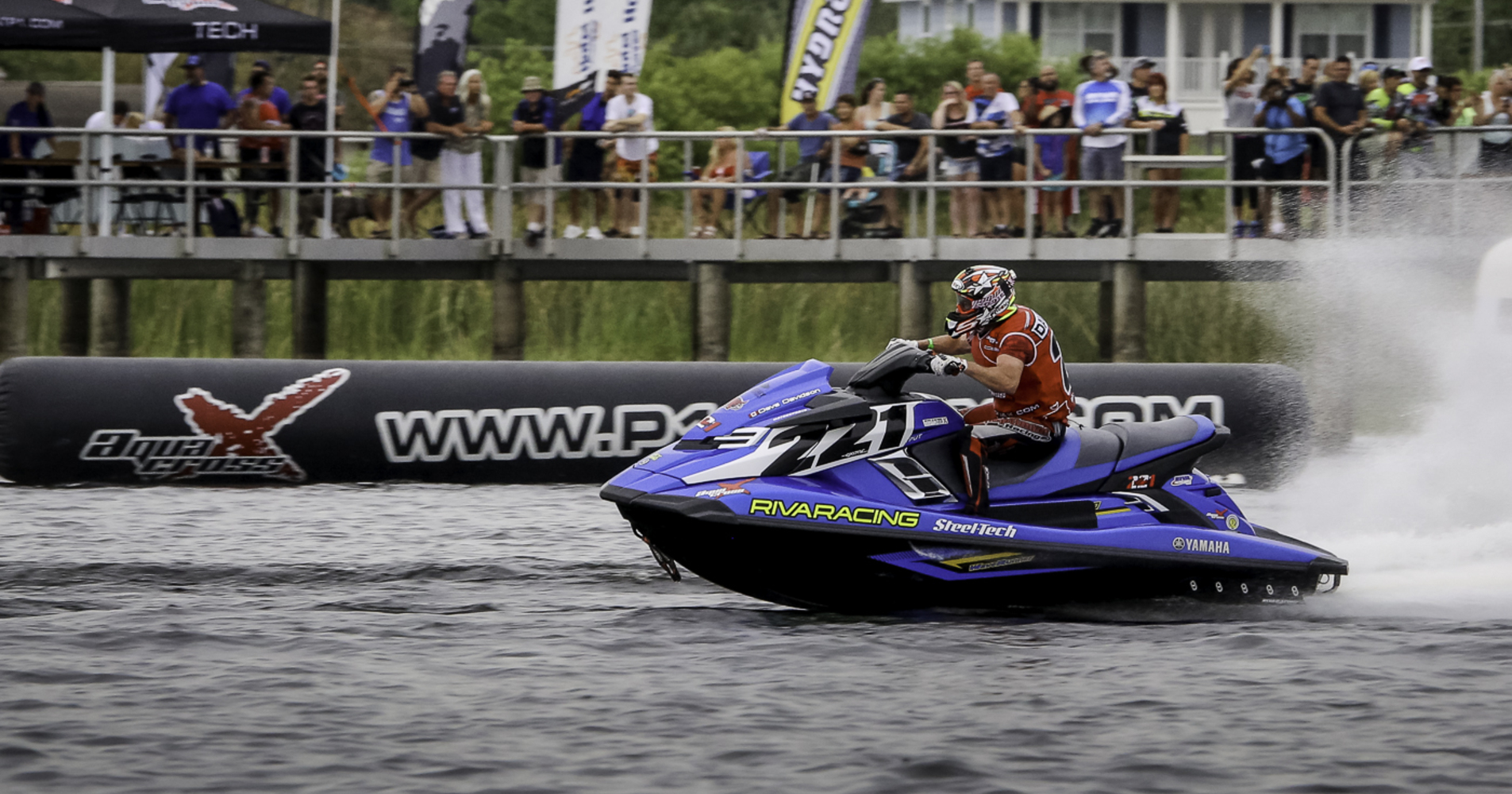 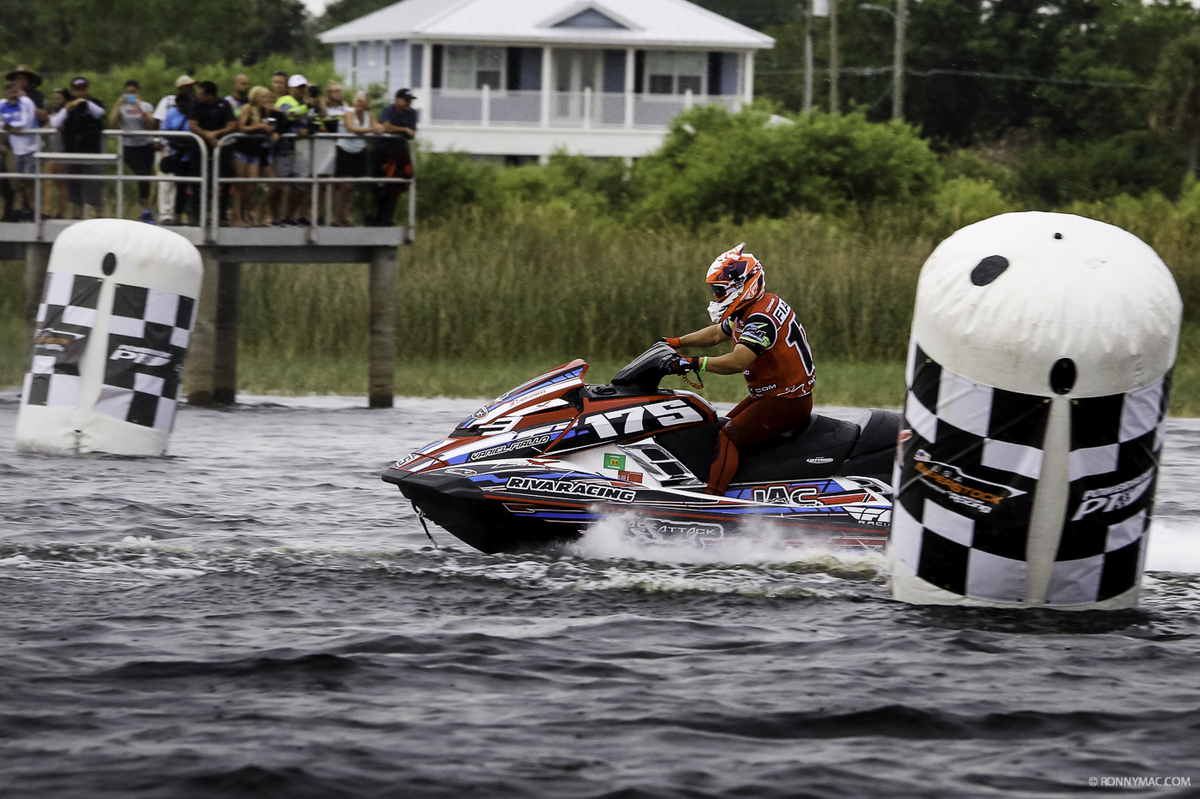 A record number of amateur P1 AquaX riders assembled at East Lake Toho in central Florida on Saturday for the seventh Kissimmee St. Cloud Grand Prix. The one-day event featured a double bill of personal watercraft and powerboat racing that served up a feast of top class marine motorsport entertainment for spectators lining the lakefront. St. Cloud sits on the southern shore of the nearly circular lake, providing great viewing.

With a strong wind creating choppy conditions and three 30-minute races on the schedule, it was a challenging day for the 300 and 200hp AquaX racers. In the opening 300hp race, Jorge Morejon battled with CRT rider Yaniel Fiallo and Jet X Racing’s Dave Davidson from Canada. Now in his 21st season of racing, Davidson rode flawlessly to claim victory.

The second race belonged to Kevin Sullivan on his Yamaha FX SVHO, who recovered from a disappointing start to the day when he ran out of fuel in the opening race. RIVA Racing rider Chris Landis finished strongly in second place, his best AquaX result to date in only his second year of racing, holding off Tommy Olswang in the Broward Motorsports team. 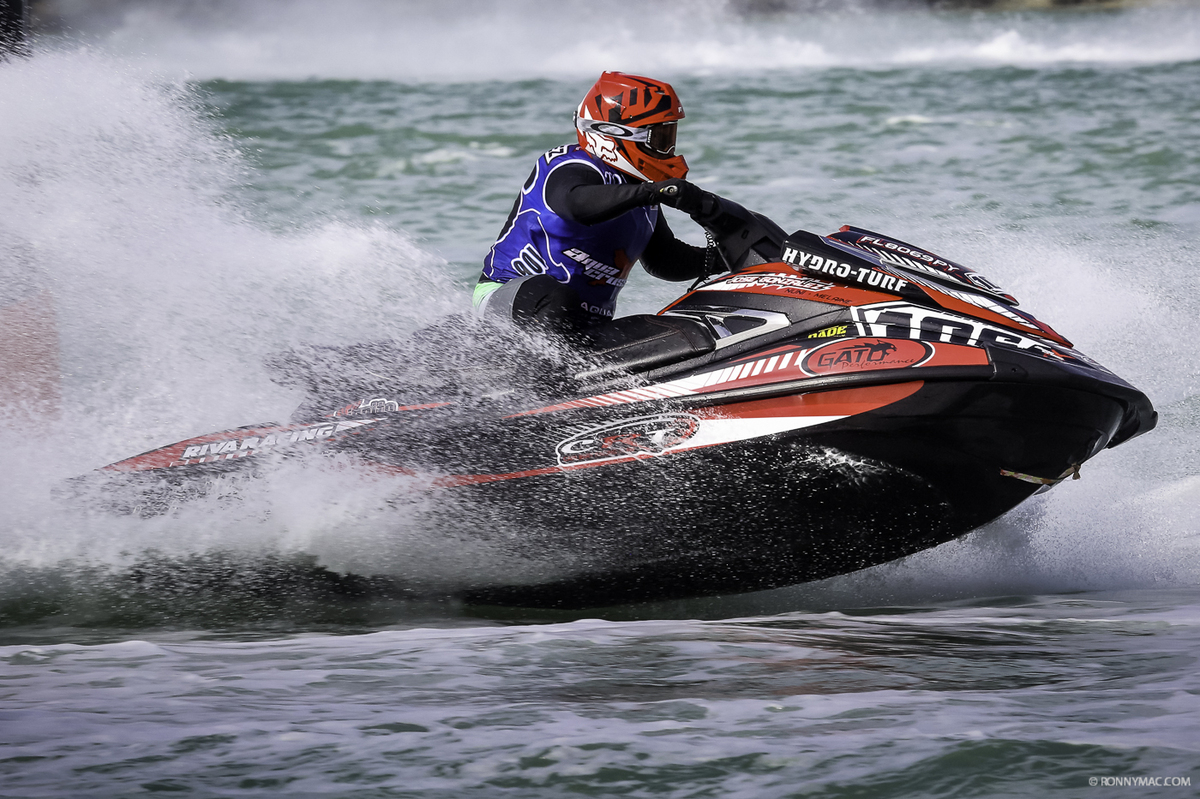 Gonzalez gunning his Yamaha VXR down the front stretch

The final race of the day saw a different rider take the chequered flag, when St. Pete Beach team manager Jason Lester finished ahead of Davidson and Fiallo.

Consistent performances by Davidson, who says that at 49 years old he is well past his prime, saw him finish in top spot, with Fiallo and Sullivan alongside on the podium.

In the 200hp amateur class, Jose Luis Gonzalez turned in an outstanding performance on his Yamaha VXR to win all three races. Consistent racing by Ben Mantel saw him finish in second place, ahead of Amanda Lecheminant who battled her way to a podium finish despite picking up an ankle injury in the season opener in Miami last month.

The amateur racers will head to St. Pete Beach, set on a barrier island on Florida’s west coast, in mid-June for the third round of the South Region race series.