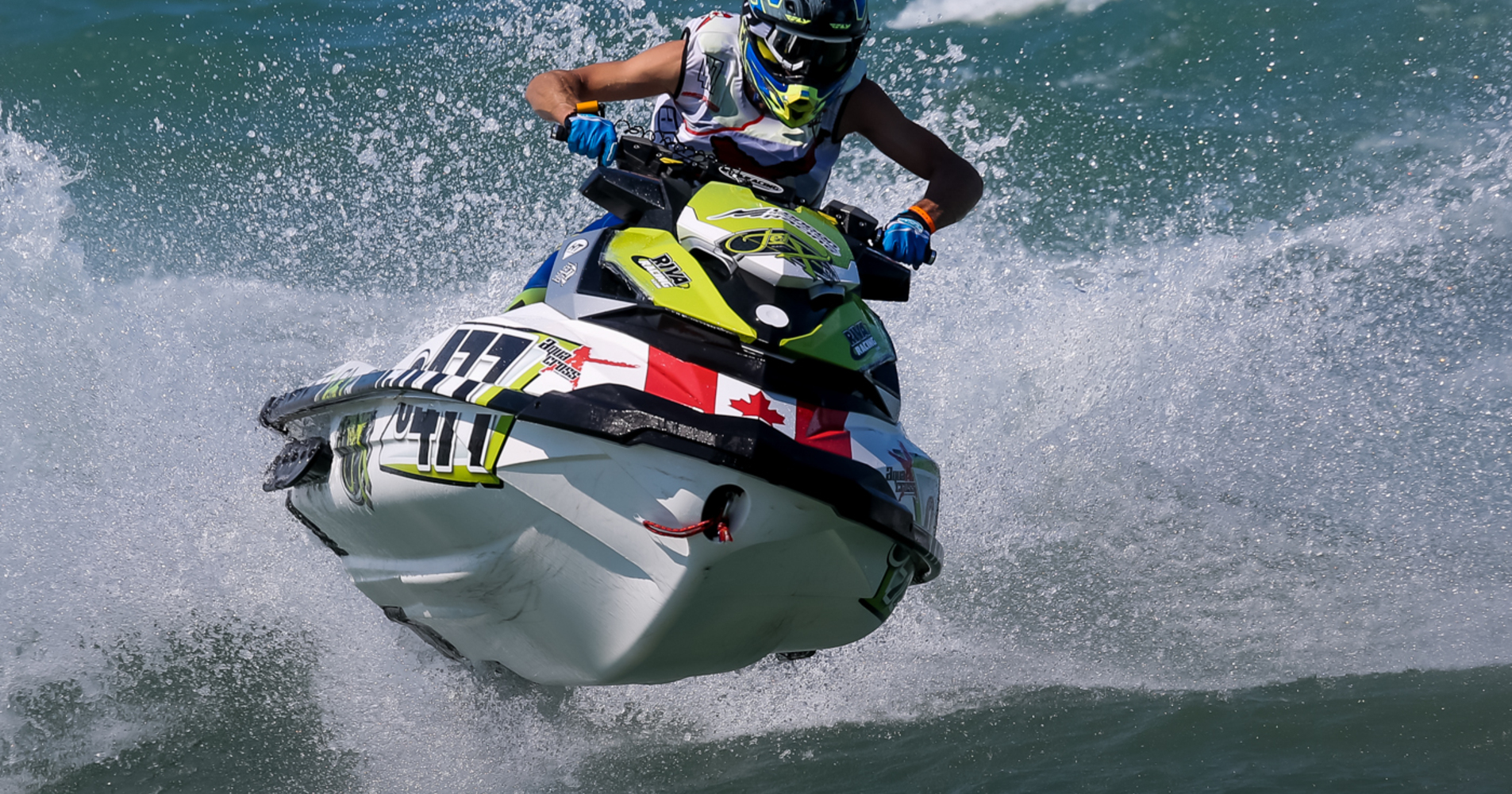 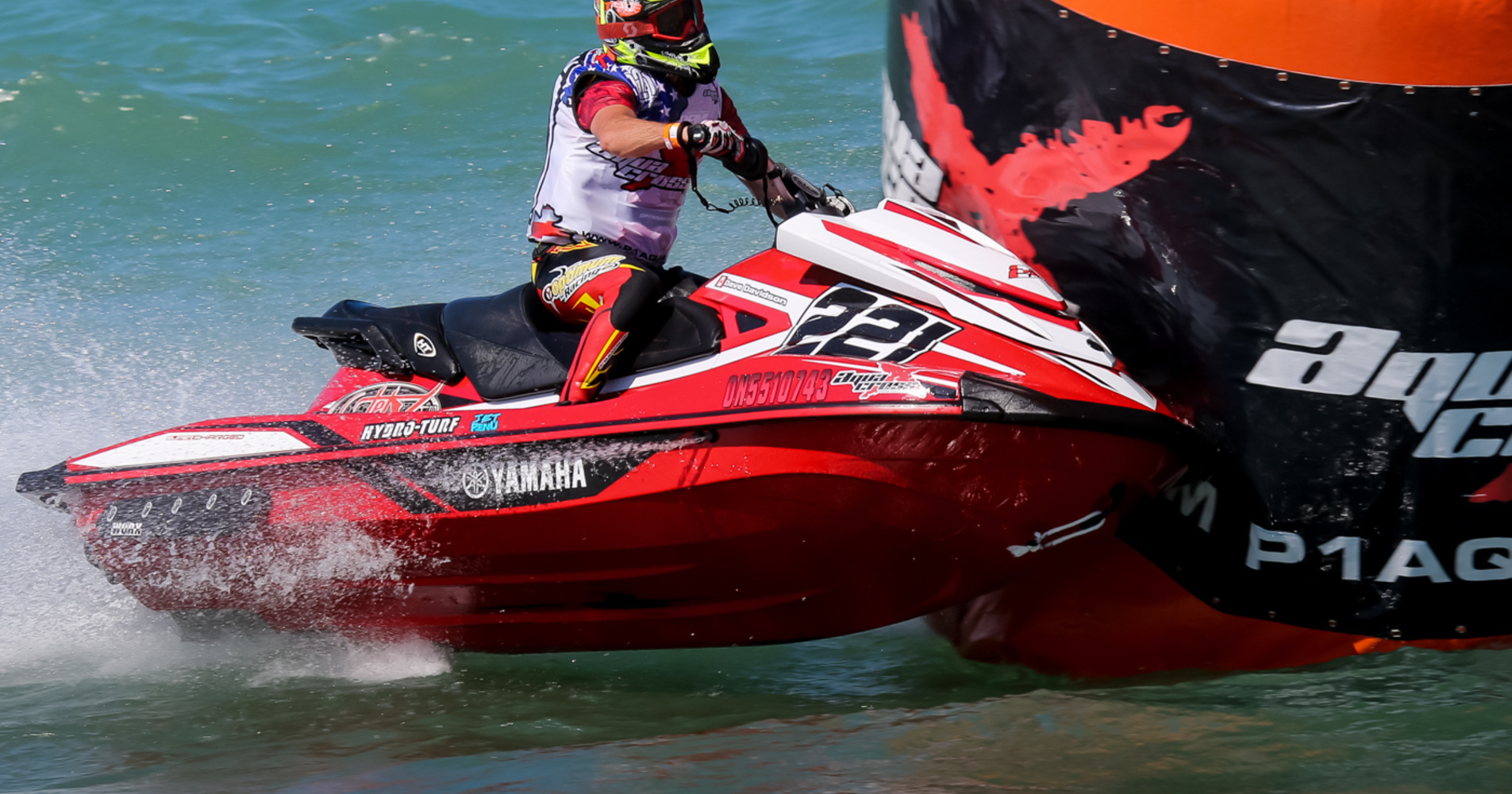 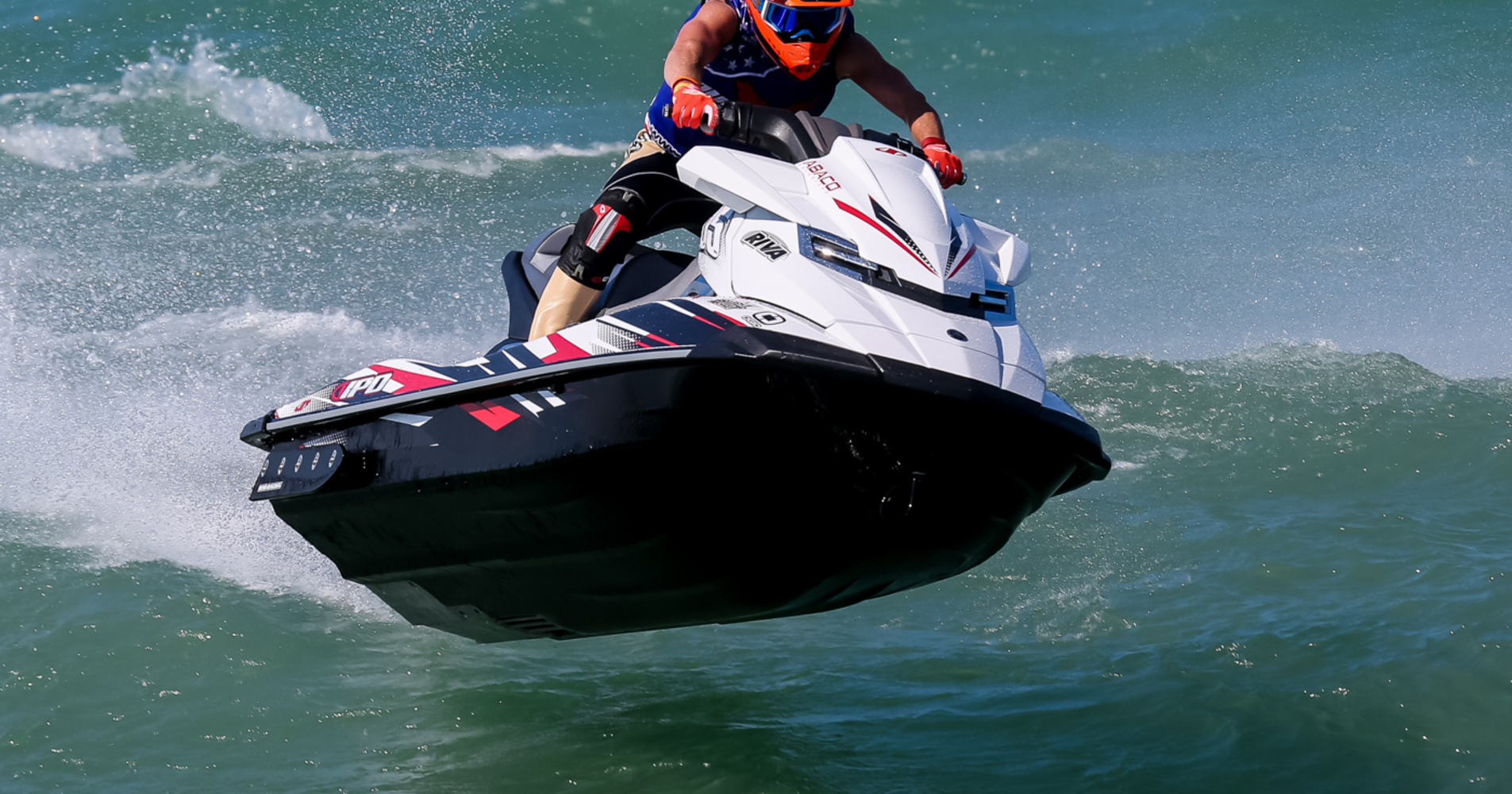 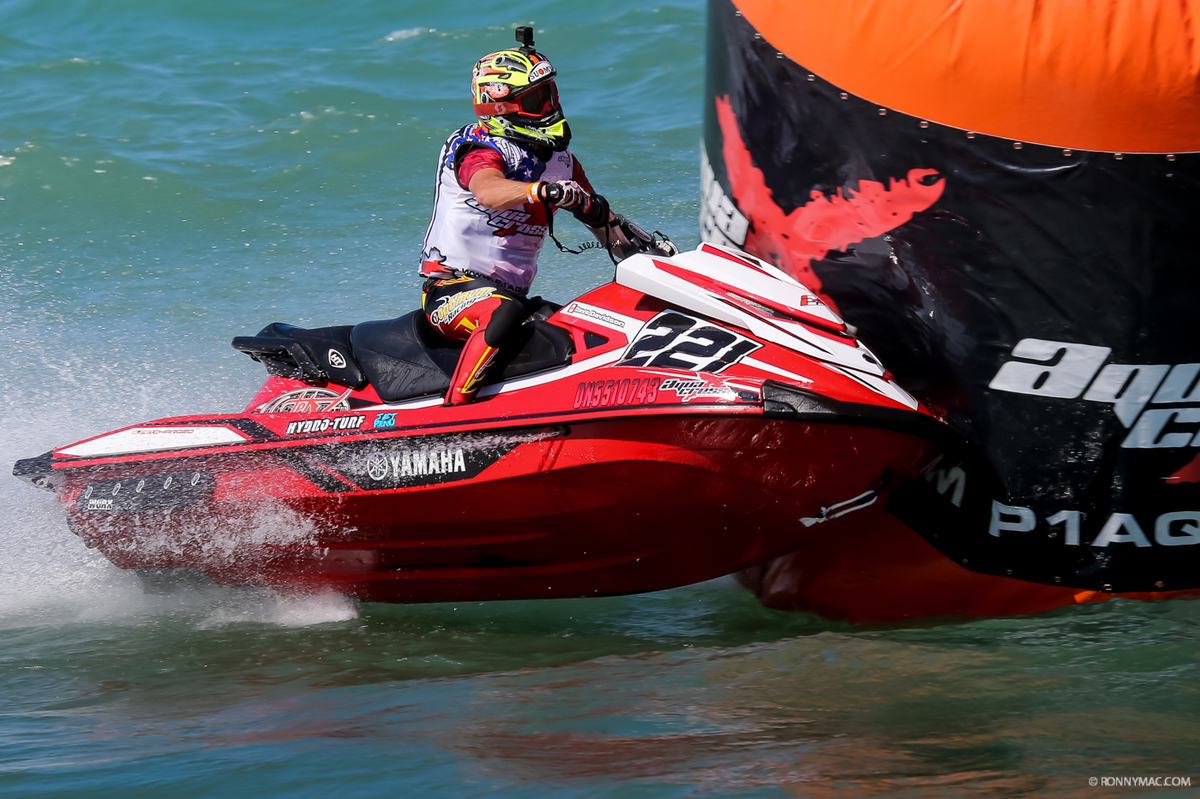 The Sea-Doo racer, who currently sits 10th in the Pro Series standings, arrived in Indiana as obvious favourite having claimed victory at the venue in 2016.

Strong, windy conditions caused 8ft white caps to roll into the shore at Whiting Lake Front Park ensuring the weekend’s action would not only be a test of stamina but also a real test of skill.

There was drama early on as Jason Lester and Daniell Wagner came together in dramatic fashion, forcing Wagner into an unfortunate early retirement.

Edworthy was able to keep a healthy lead from start to finish but it was Christian Daly, a newcomer to AquaX racing, who produced the performance of the day as he pushed his Yamaha VX SHO into second place ahead of Lester. 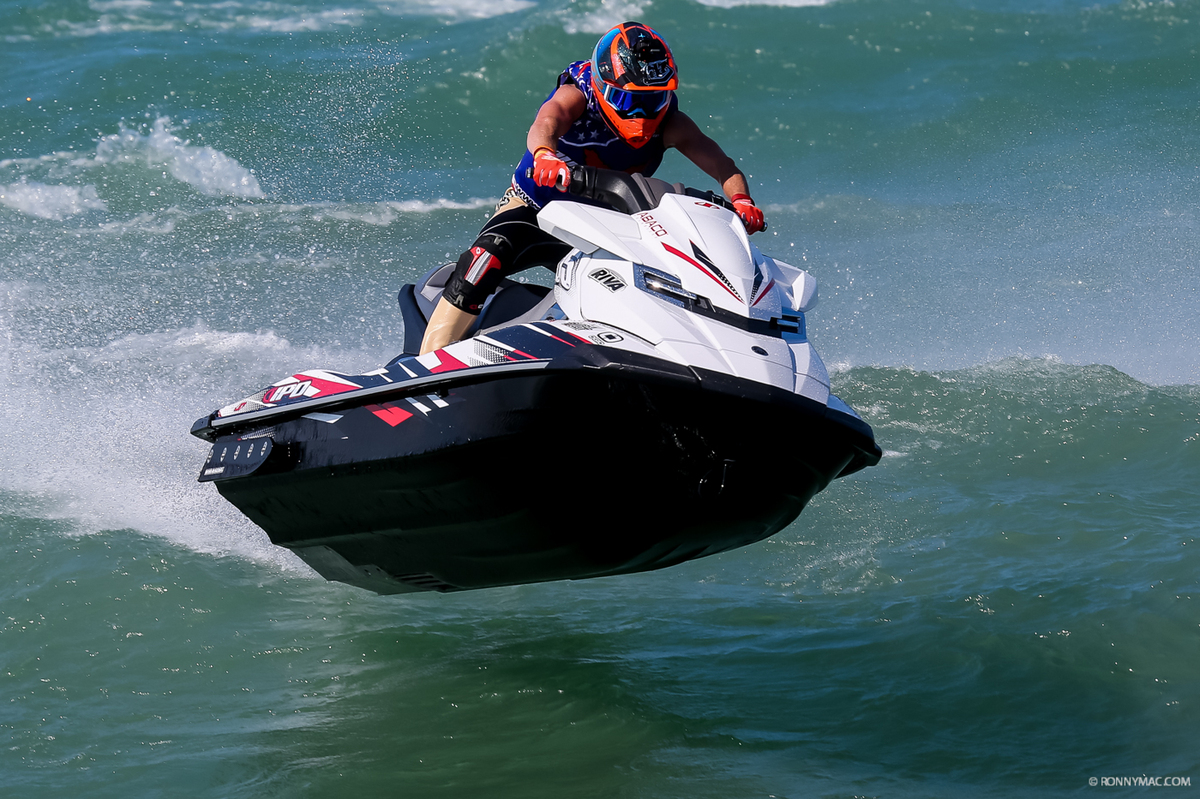 Conditions died down for races two and three on Sunday but that made no difference to Edworthy who continued his dominant form to land a clean sweep of victories.

Fellow Canadian Dave Davidson took an impressive second in race two whilst Wagner recovered from his collision with Lester on day one to beat his rival into third spot.

The final race of the day produced an epic battle for second between Davidson and Lester, the latter just grabbing second spot by a matter of inches as the pair crossed the finish line side-by-side.

"I gave it everything I had! I left everything on the line," said Davidson after his agonising third place finish in race three, however, it was still enough to hand him second spot on the podium for the weekend ahead of Lester.

The AquaX North East Series will return to Chicago alongside the Pro Series on September 9-10, whilst the Pro Series and Florida Series gets going again in Islamorada this weekend.

Check out all the highlights from the weekend’s action on Facebook!

For the third year running, the AquaX North Eastern Series will begin in Whiting, Indiana on August 11-12 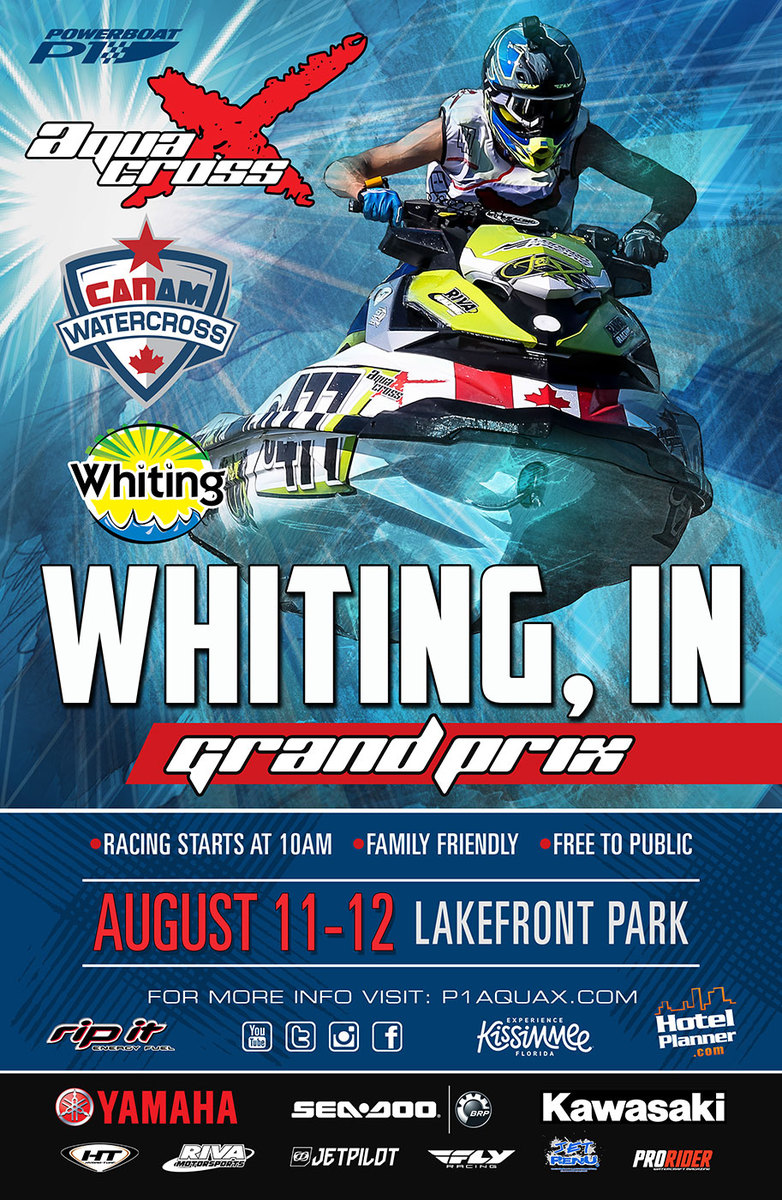 Located in the Chicago Metropolitan Area, the riders will hit the southern shore of Lake Michigan in an attempt to get their campaign off to a flyer before visiting North Point and Chicago in rounds two and three.

The iconic lake is one of the five Great Lakes of North America, the only one located entirely within the United States and will offer a change from the surf that the riders usually tackle.

Race fans won’t have to travel too far to hit central Chicago, where you can live it up and enjoy great food, museums, architecture, shopping and live music.

Last season Jay Edworthy made it two wins in two years at this venue before going on to reclaim his series title and he will undoubtedly be back for more in 2018. 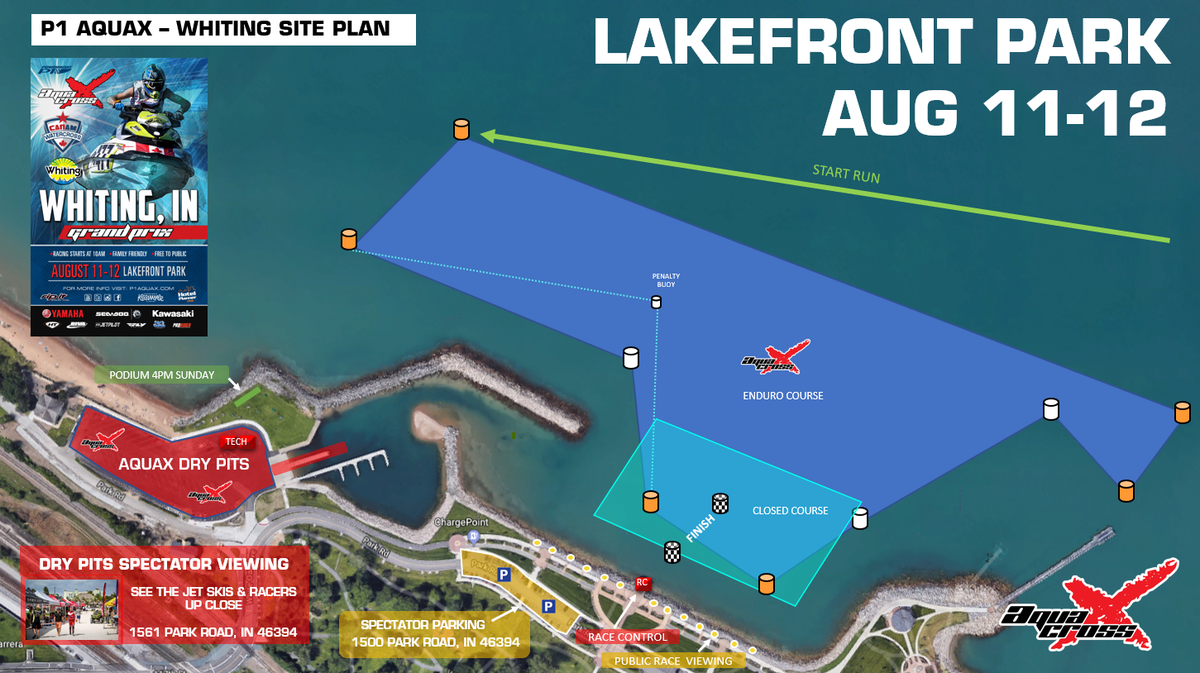 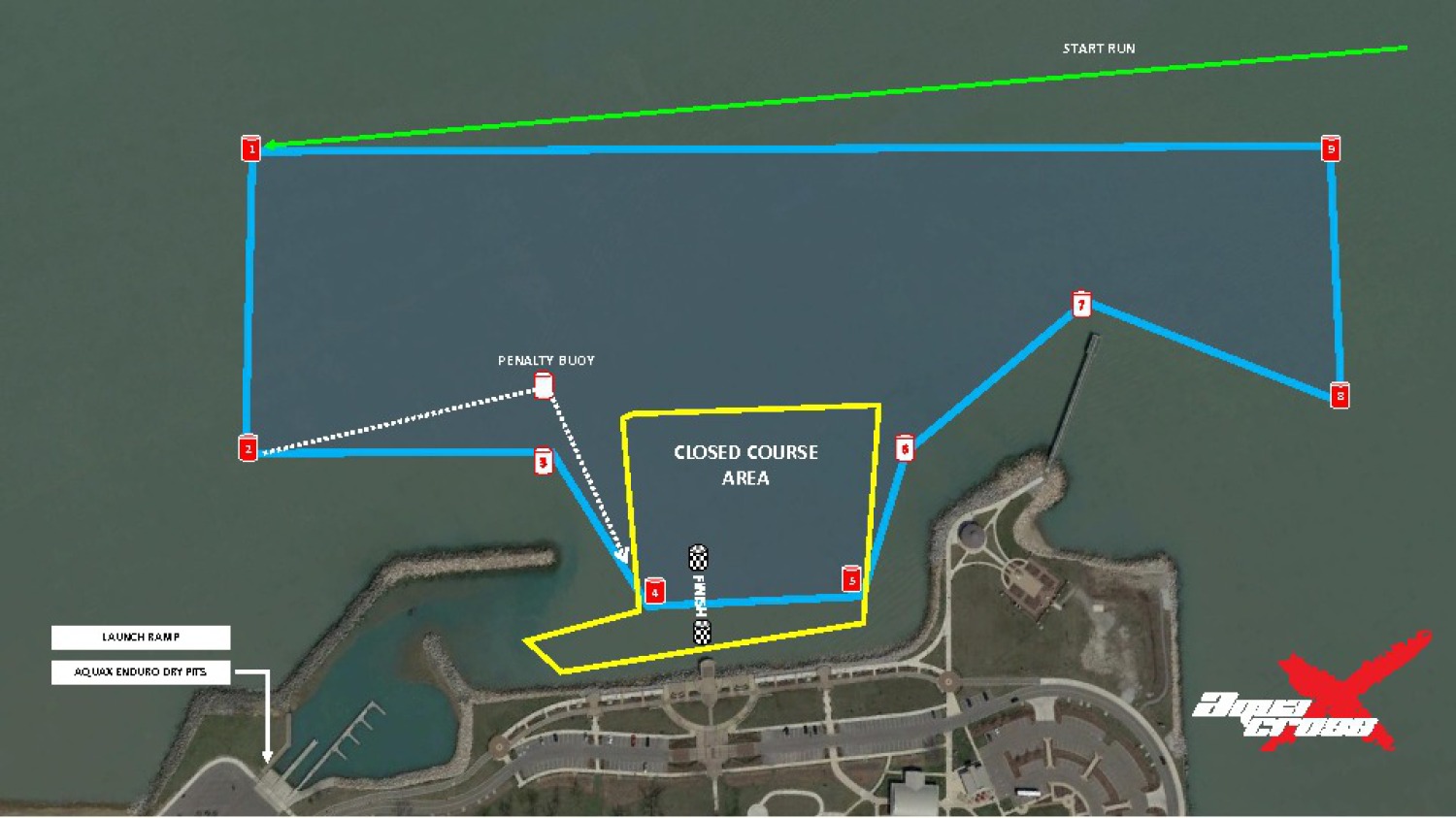 Download PDF:
Pier for Spectators to Watch the Races 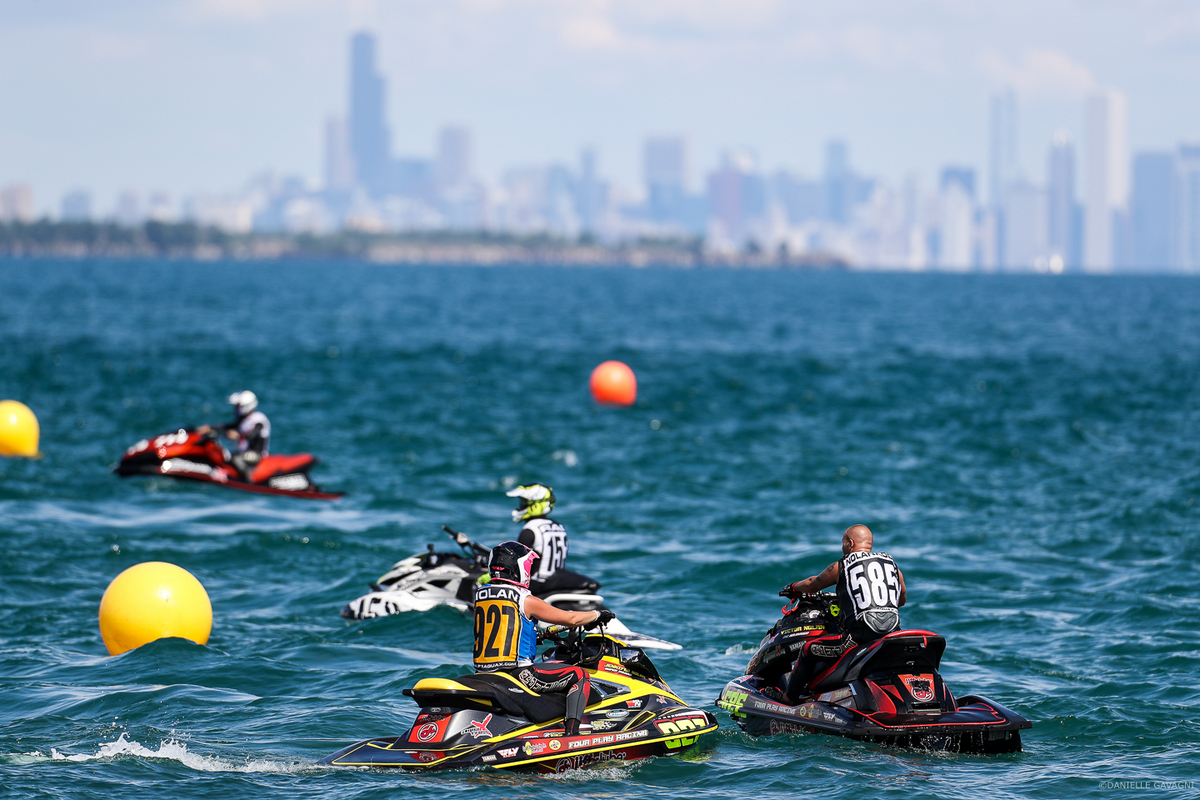 Pier for Spectators to Watch the Races 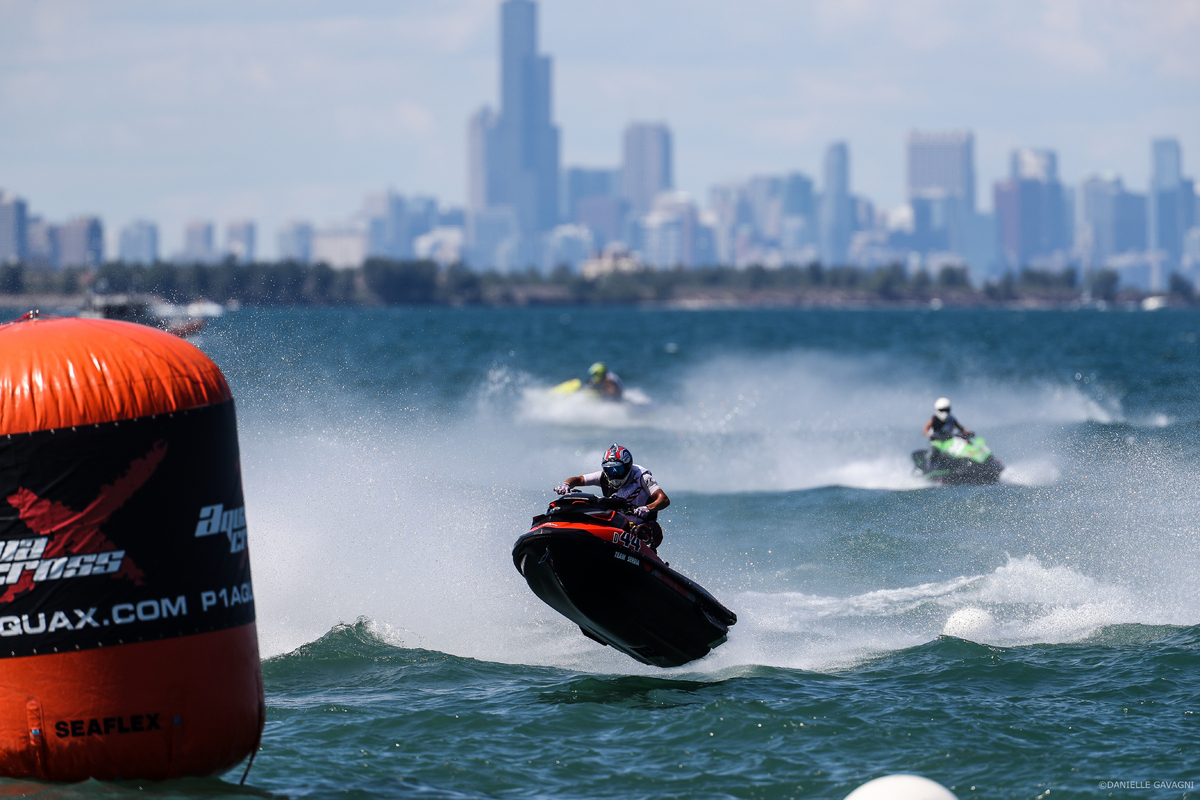 Please use the following P1 HotelPlanner search tool to find your perfect stay for the race: Hotel Planner