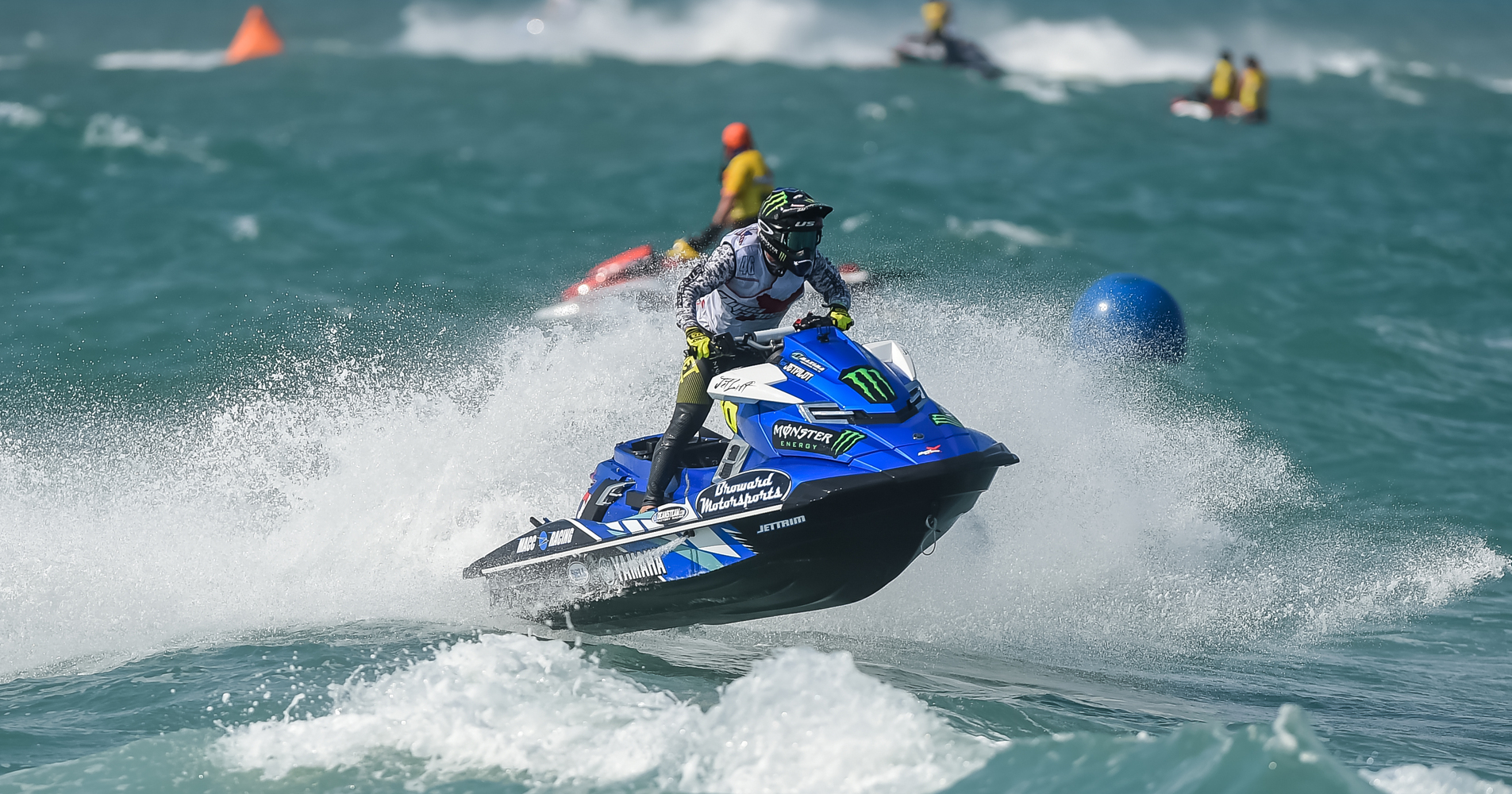 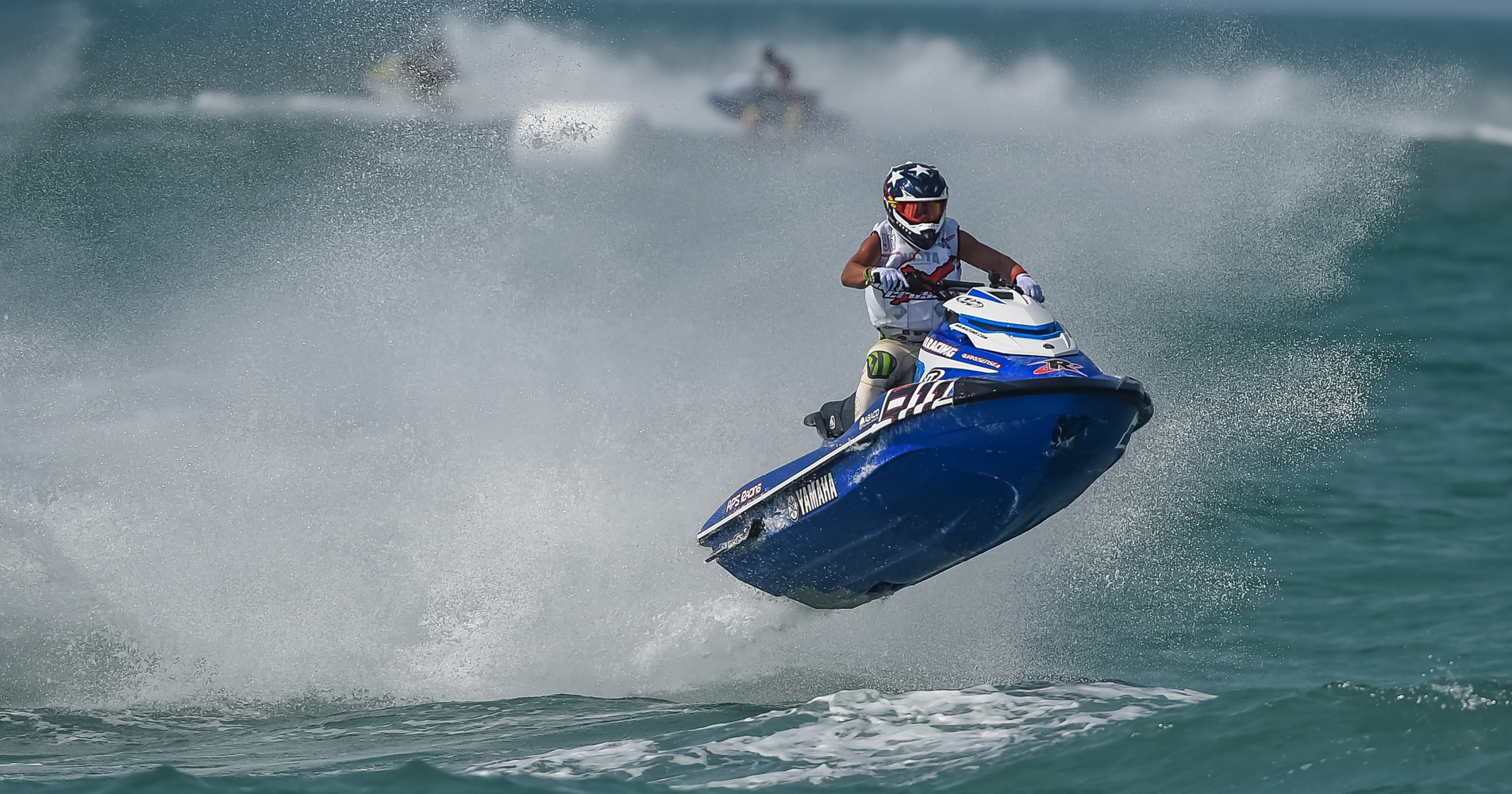 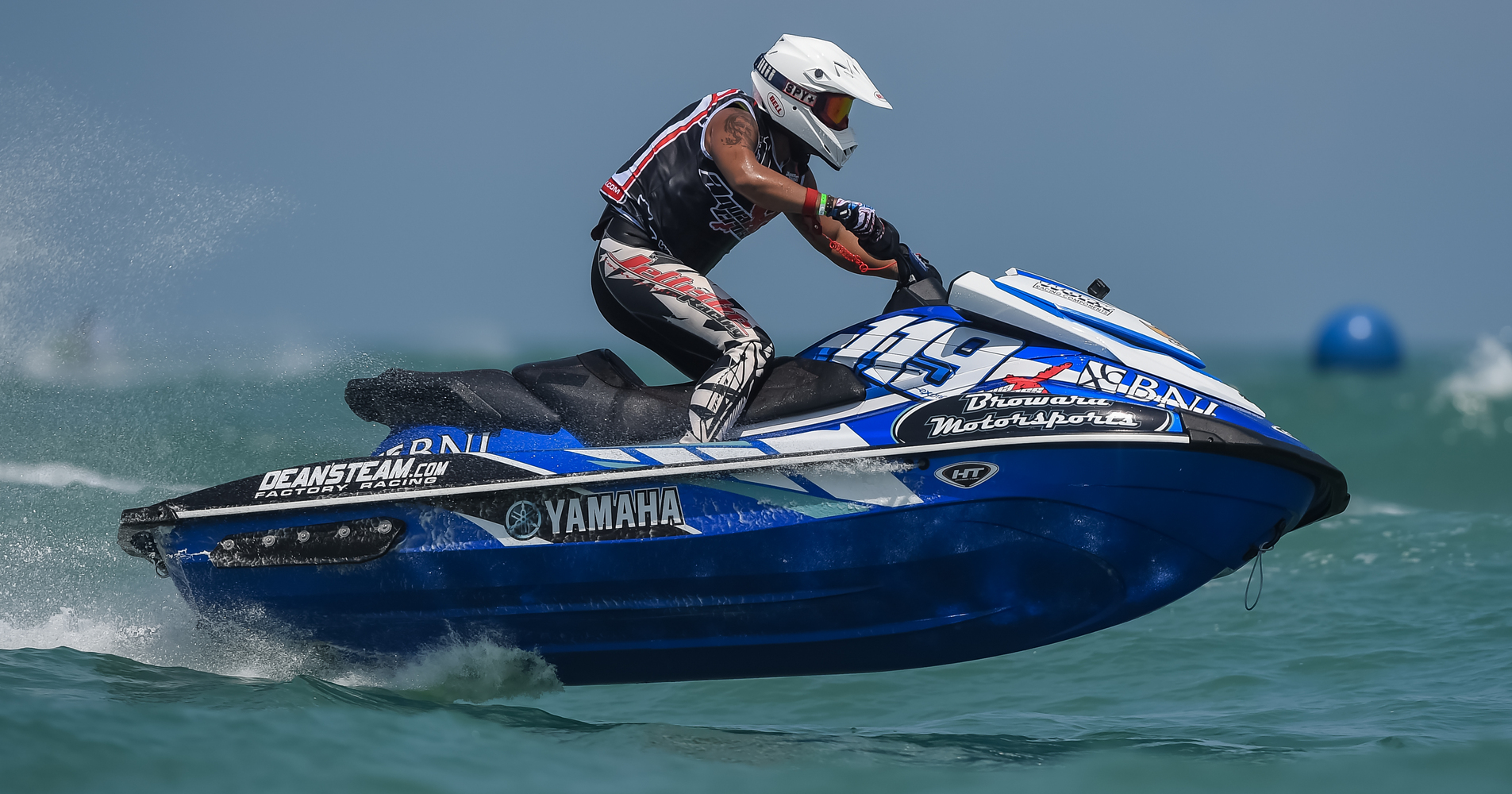 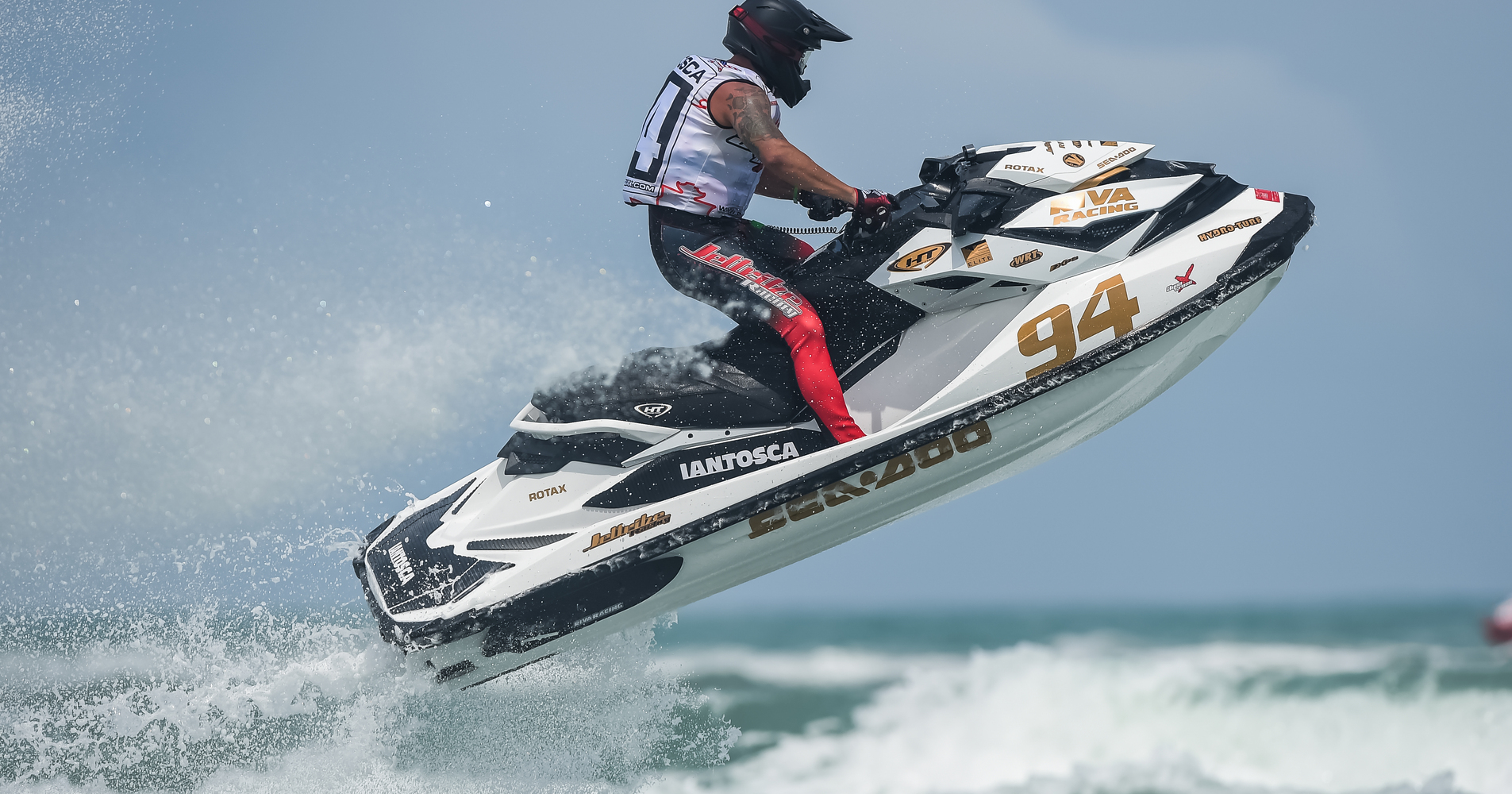 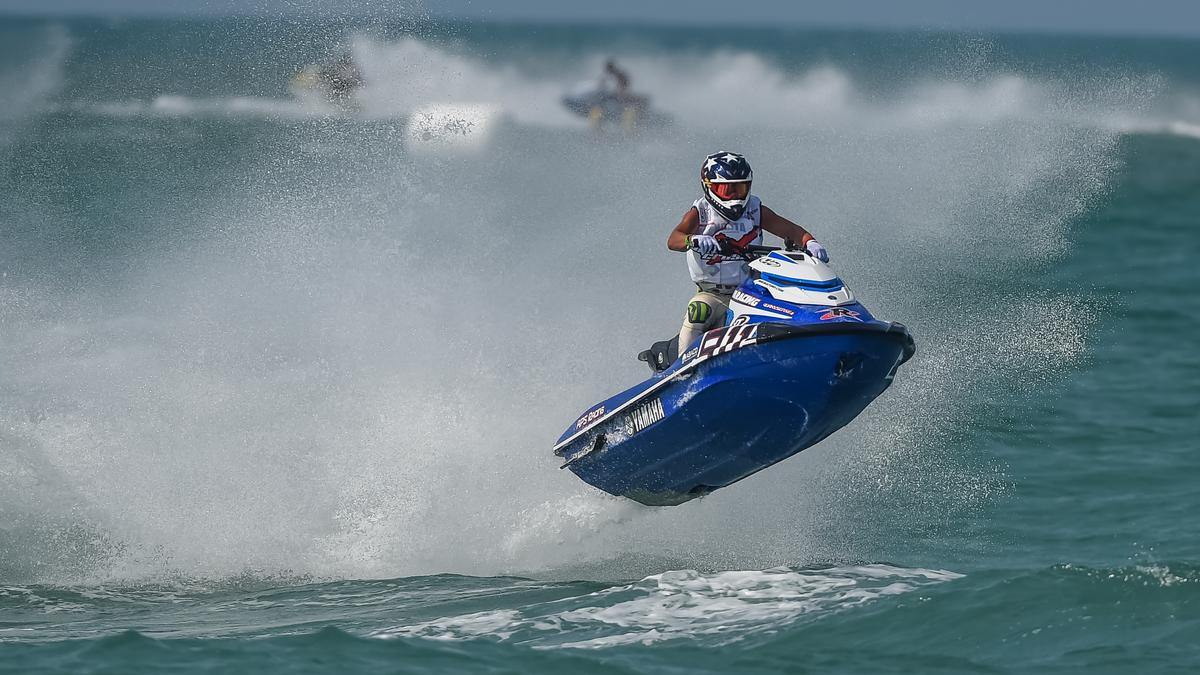 The high winds on the Florida coast provided some brutal conditions for the racers as the majority struggled to keep pace with MacClugage, who lapped the majority of the field on the way to all three victories over the weekend.

Having overcome a clash with Brian Baldwin in race two, MacClugage was forced to hang tight during a collision with Frenchman David Chassier that threw the latter into the water as the race leader tried to lap him. 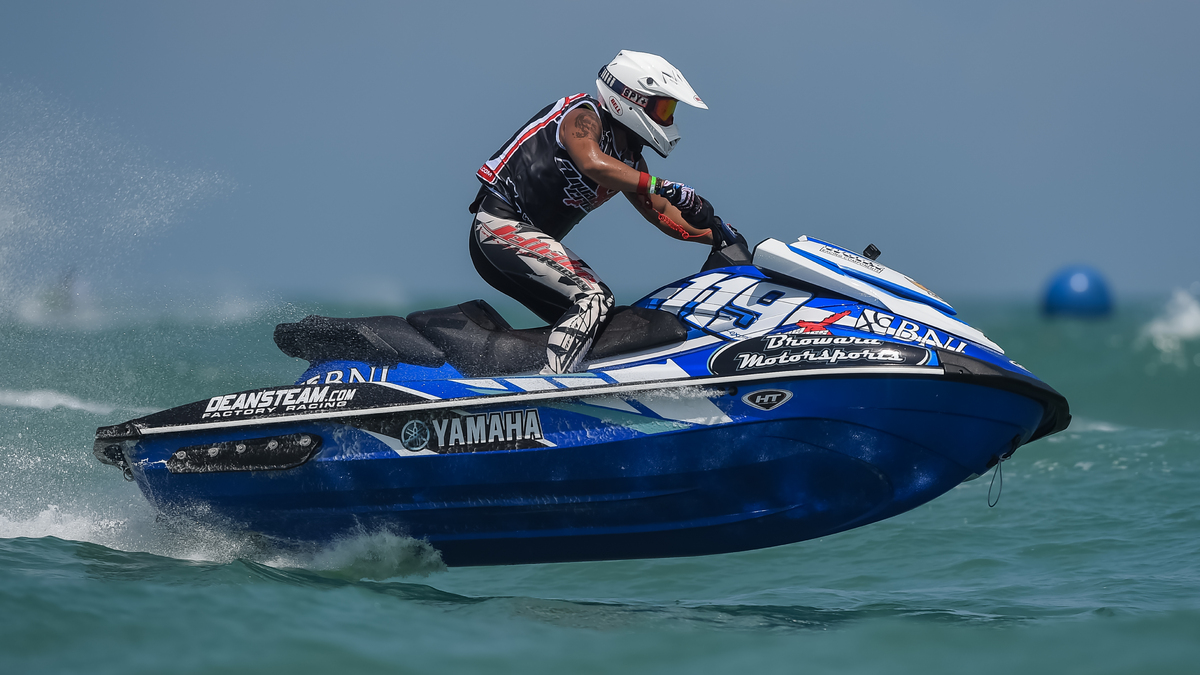 Eric Francis, who switched to Yamaha from Kawasaki before the start of the season, was the biggest danger to MacClugage, but he found it difficult handling the new GP1800 in such rough conditions.

He ended the final race of the weekend in fourth – enough to put him onto second spot of the podium for the weekend.

MacClugage’s tactic of coming closer to shore on the home straight saw him produce the highest speeds of anyone in race three, although Francis seemed to have the edge in the corners and was certainly explosive off the start line. 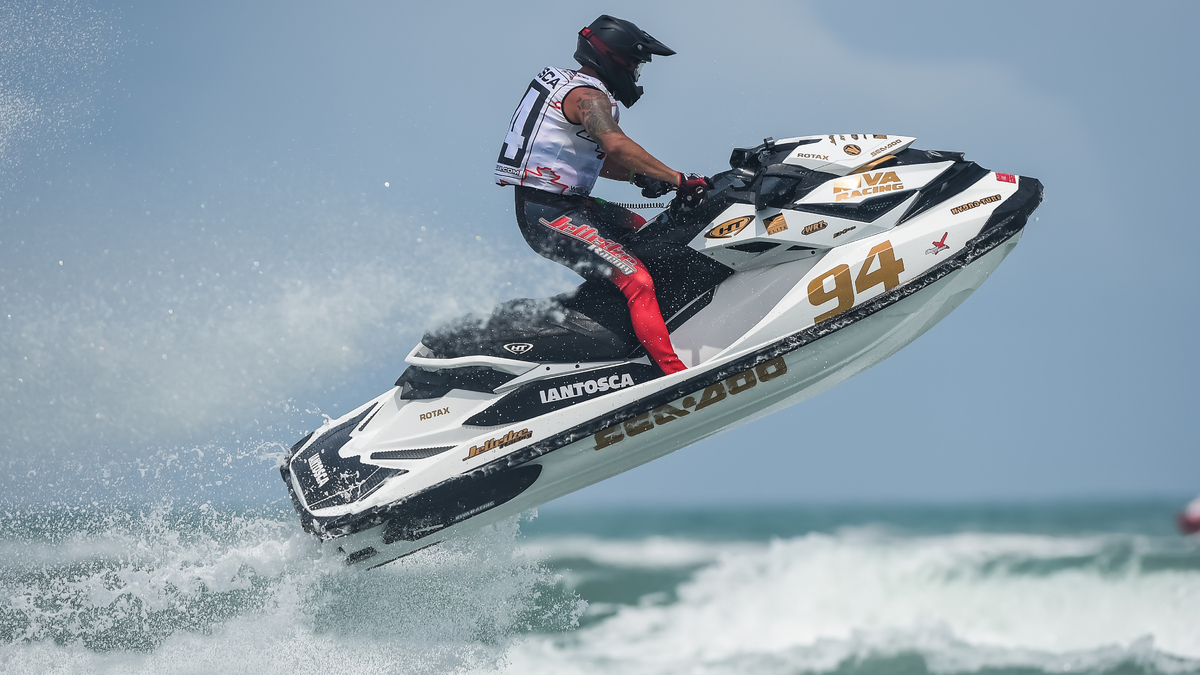 World number one Aero Aswar endured a mixed weekend but his third in race three was enough to put him into third for the weekend, level on points with Sea-Doo’s top performing rider Erminio Iantosca.

Baldwin recovered from a poor second race on Saturday to finish closest to MacClugage in the final race of the weekend, leaving him in fifth for the championship.

It was a disappointing return for legendary French jet ski racer Nicolas Rius who was unable to compete in race two or three after injuring his back in the latter stages of his second place finish in race one.

He will be hoping to recover in time for St Pete Beach, where the P1 AquaX Pro Tour heads next on 17-18 June, having pushed MacClugage hard in race one.

Re-live all the action of the opening weekend of the season on our Facebook page!

The 2022 AquaX Pro Tour gets underway in the home of serious surf, Daytona Beach, on the weekend of August 12th & 14th.

Daytona Beach is a city in Volusia County, Florida, United States. The city is located approximately 51 miles (82.1 km) northeast of Orlando, 86 miles (138.4 km) southeast of Jacksonville, and 242 miles (389.5 km) northwest of Miami. As of the 2010 U.S. Census, the city had a population of 61,005. It is a principal city of the Deltona–Daytona Beach–Ormond Beach, Florida Metropolitan Statistical Area, which was home to 494,593 people in 2010. Daytona Beach is also a principal city of the Fun Coast region of Florida.

The hard-packed sand makes Daytona Beach a mecca for motorsports. The Daytona Beach Road Course has hosted races for over 50 years now, and on August 12th & 14th, P1 AquaX will be returning to the site of its launch.