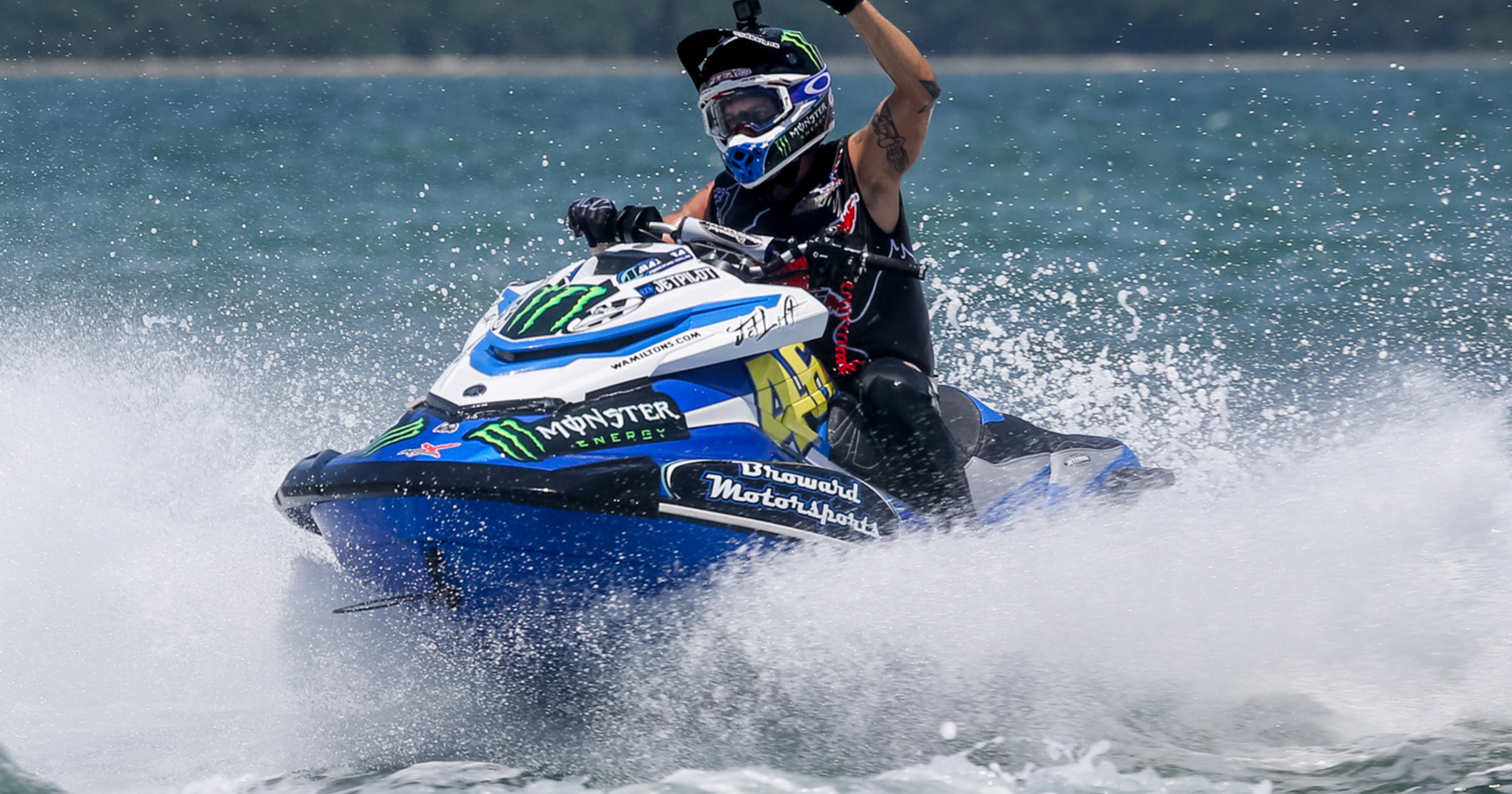 Chris MacClugage was challenged but took all three races in Islamorada 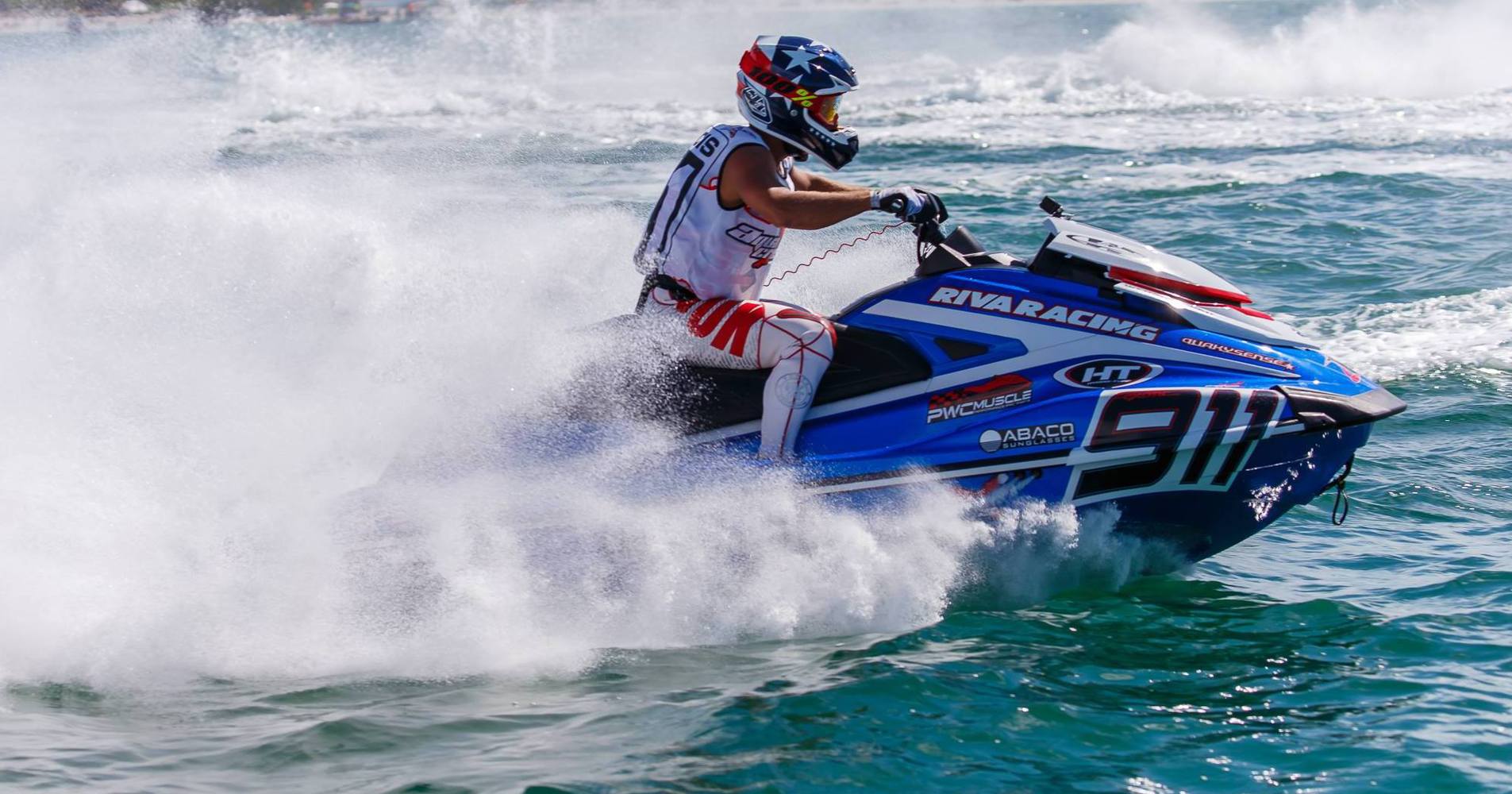 Eric Francis was consistent but couldn't land a blow on MacClugage 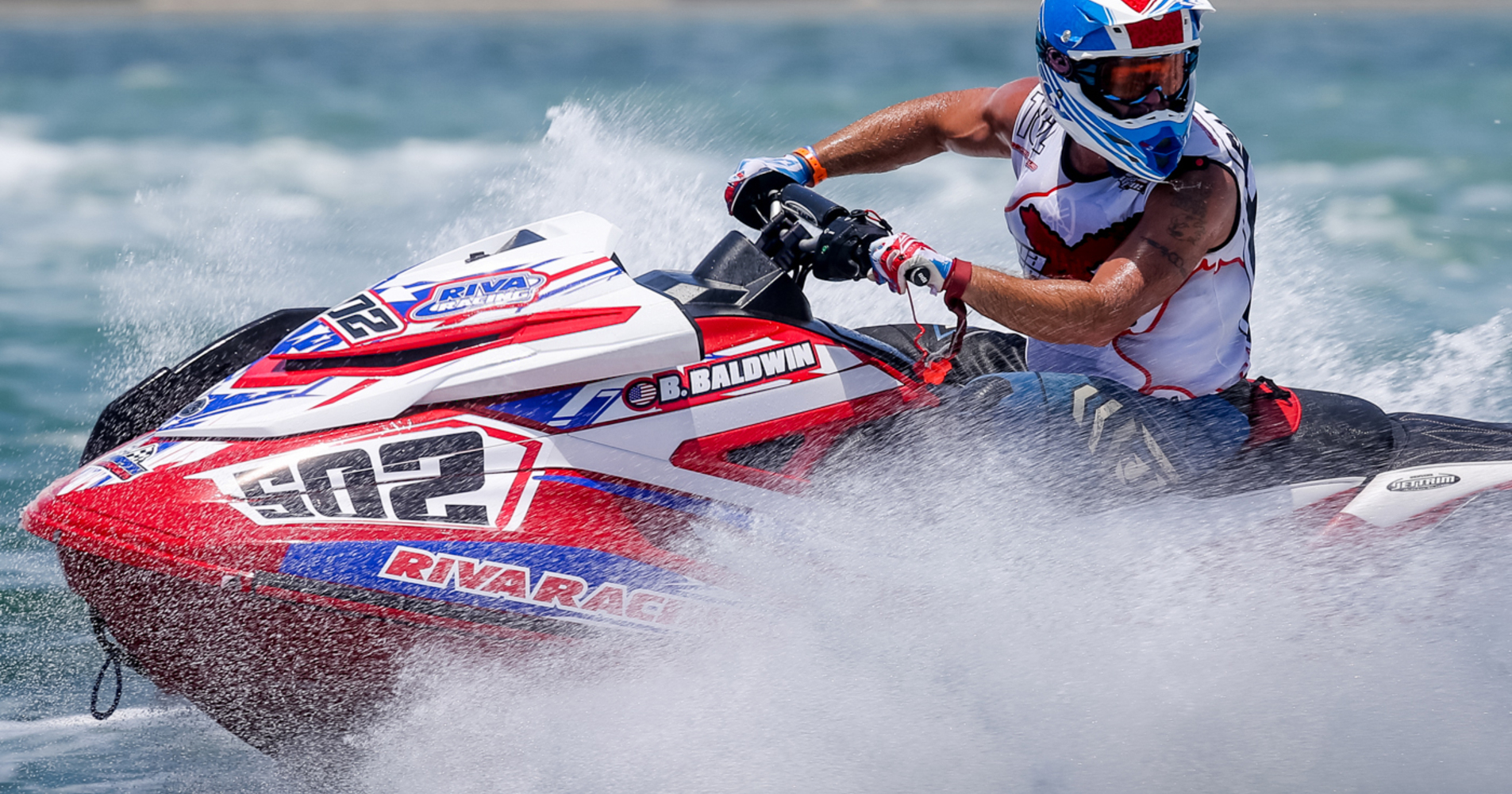 MacClugage unbeaten as he extends championship lead in Islamorada

It was yet another masterful performance from Chris MacClugage as he picked up a clean sweep of victories in rough conditions to put himself well clear of his rivals in the championship standings. 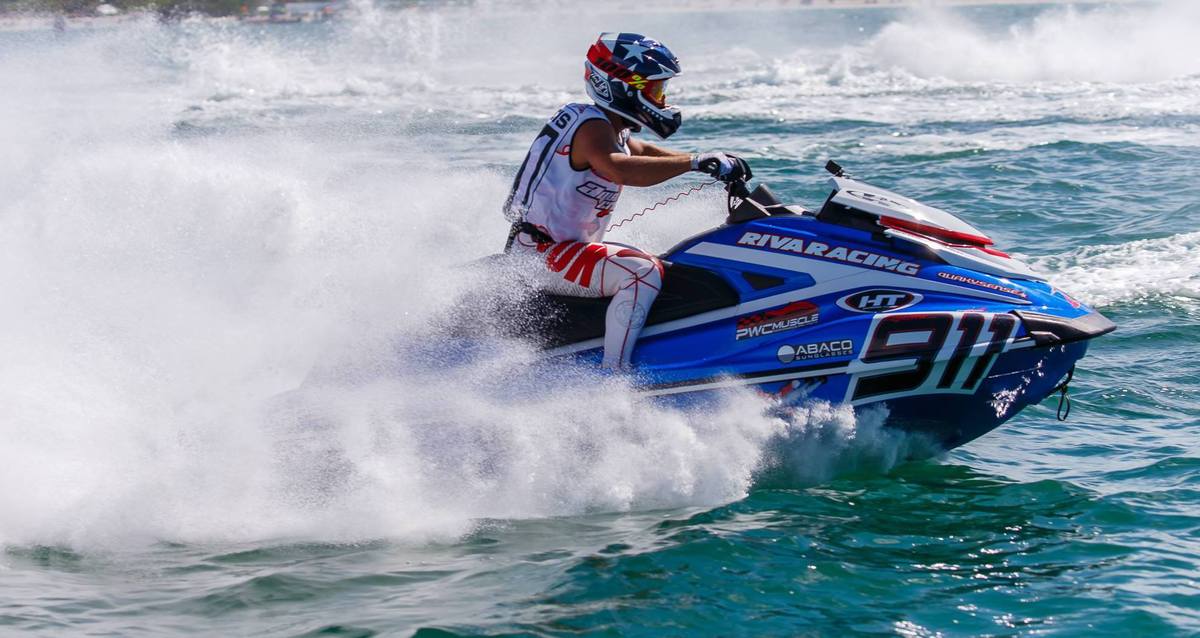 Eric Francis was consistent but couldn't land a blow on MacClugage

Coming into the weekend, MacClugage held a 40-point lead at the top of the championship standings but knew that any mechanical issues could bring him right back to the chasing pack.

However, the gremlins of race one in Sarasota seemed well behind the 2016 AquaX champion as he notched up three straight victories – although it wasn’t as easy as you might expect.

Rough conditions, in which both marine activity and incoming storms played havoc with the schedule, provided an excellent playground for top class racing. 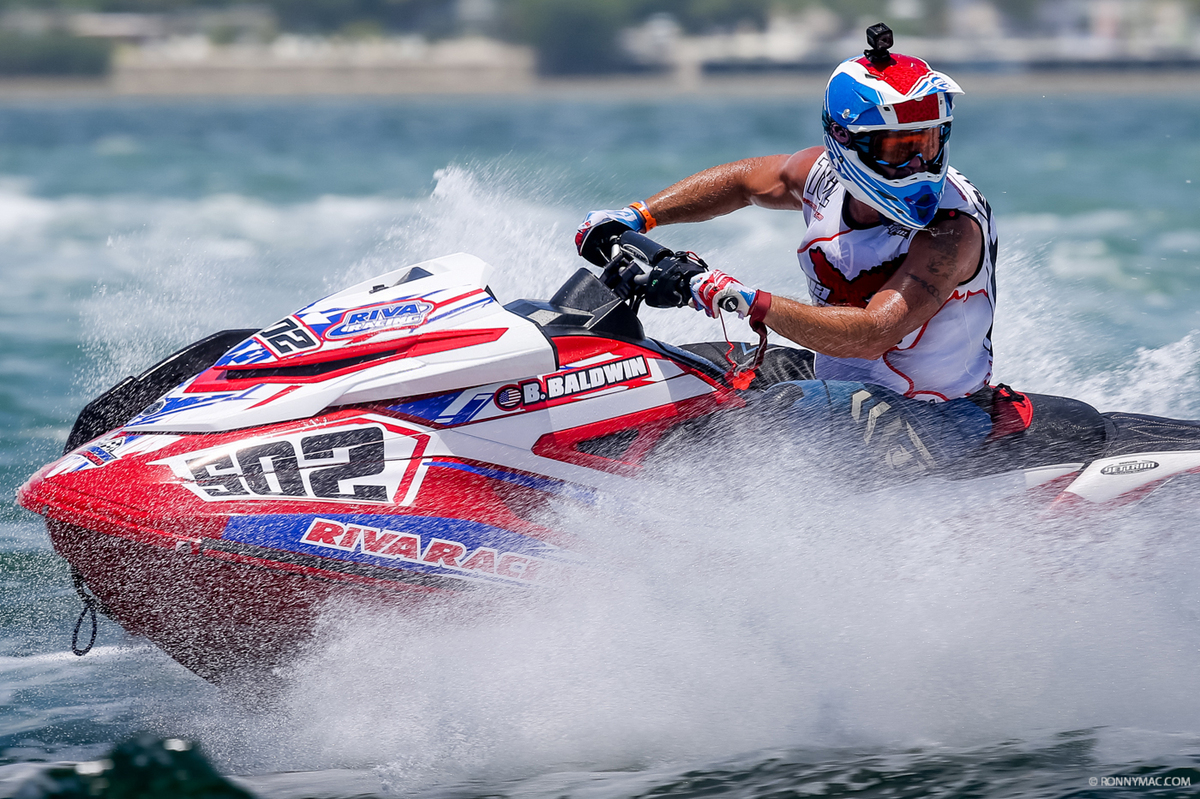 MacClugage had no troubles dispatching his rivals in race one, holeshotting and never looking back, but in race two he had to face strong competition from both Cyrille Lemoine and Brian Baldwin.

In a thrilling finish, MacClugage took victory by just one boat length as he and Baldwin flashed past the finish line together.

Lemoine had served up to the pair in the early stages of the race and was looking to grab his first win of the season before taking a swim.

In the final race of the weekend it was Mike Klippenstein’s turn to take on MacClugage as he took the holeshot, battled hard with MacClugage and took the lead before pulling his lanyard and surrendering two places to eventually finish third.

Eric Francis put in another consistent performance to finish inside the top four in all three races and put himself second on the podium, whilst Baldwin suffered an issue with his clutch in race three and was forced to limp round for sixth and third for the overall weekend.

Klipper finished fourth ahead of the very consistent Chris Saxon, who has now well and truly cemented his place inside the top ten in the championship standings, with Lemoine back in sixth even with mechanical problems forcing him to retire from race three.

Rounding off the top ten was Anthony Radetic who put a DNF in the opening race of the weekend behind him to finish strong with two sevenths.

Two rounds of the 2017 AquaX Pro Series remains as the roadshow heads north to Chicago for a second year running on 9-10 September.

Catch all the highlights of the weekend’s racing on our Facebook page!

It was yet another masterful performance from Chris MacClugage as he picked up a clean sweep of victories in rough conditions to put himself well clear of his rivals in the championship standings.

For the first time, AquaX heads to Islamorada. Make sure you're with us on 19-20 August.

Islamorada is made up of six islands: Plantation Key, Windley Key, Upper Matecumbe Key, Lower Matecumbe Key and the offshore islands of Indian Key and Lignumvitae Key. It is located 90 minutes south of Miami in the stunning Florida Keys between the Everglades National Park and the beautiful waters of the Florida Strait.

Many view this spot as an island paradise which is the perfect family holiday place where everyone can find something to enjoy on land or sea. Islamorada has in fact been known to be the 'Sportsfishing Capital of the World' whether its' backcountry sport fishing, saltwater fly fishing or just some recreational fun - Islamorada has it all! It has also been rumoured to have the highest amount of 'professional offshore charter boats with tournament-grade captains' globally.

The deep blue waters, non-stop activities and spectacular views from every waterfront or bridge will leave you mesmerised.