Enduro Racing is geared towards the two and three seater watercraft market offering racing for both Pros and Amateurs. 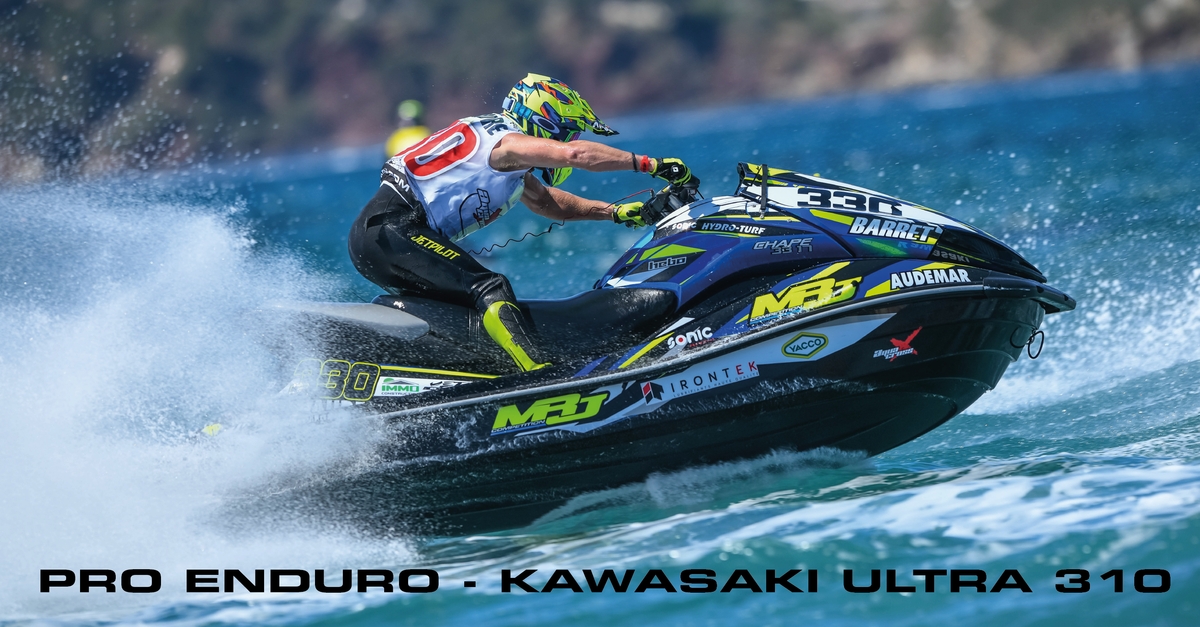 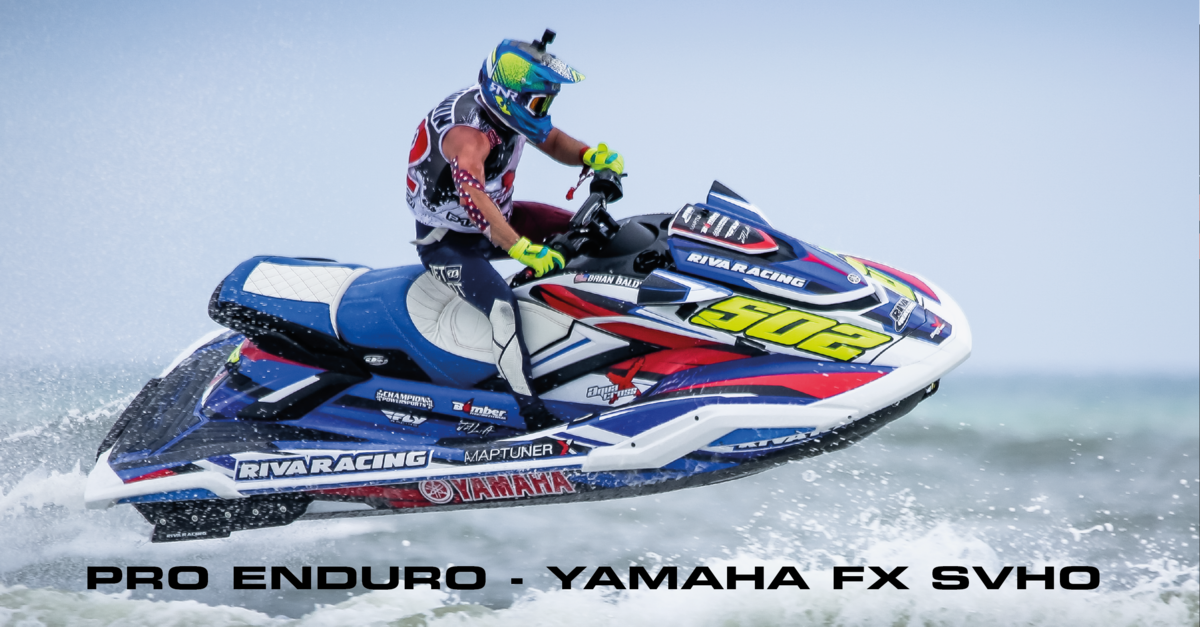 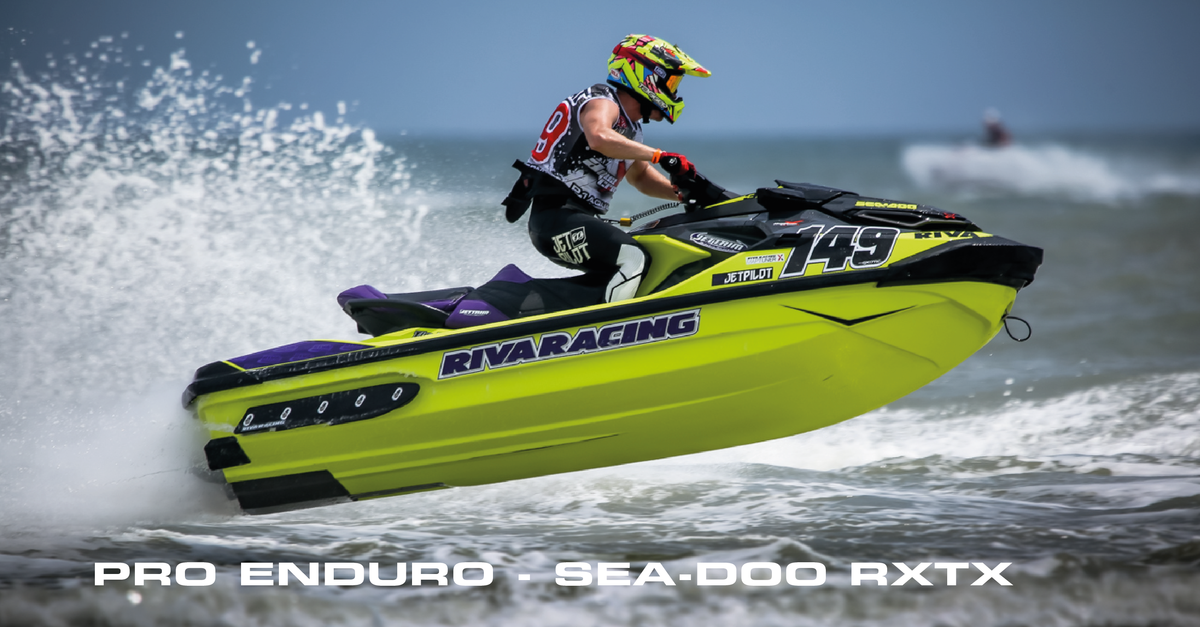 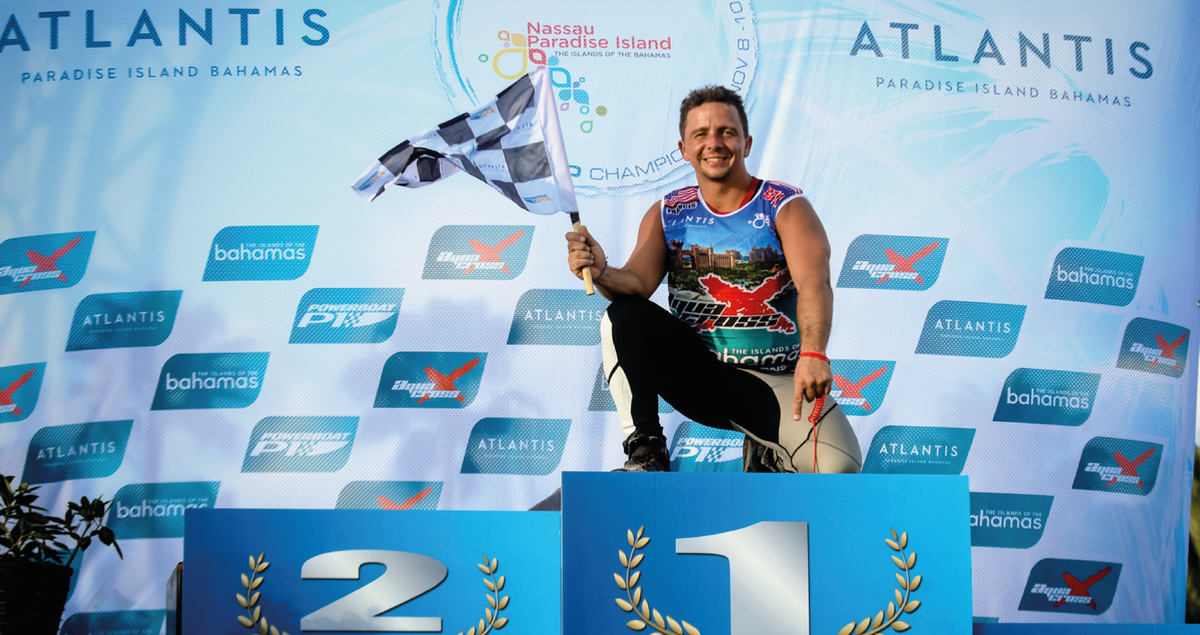 Pro Enduro is the highest level of competition offered within the AquaX programme. It is the only class to be organised at both National and World Championship level and delivers a higher level of competition and exposure for the top ranking riders and race series sponsors. Riders qualify to compete in the Pro Enduro class by honing their skills in the amateur ranks.

The class is open to all makes and models of watercraft, though the rules will benefit and encourage the use of higher-rated horsepower watercraft. The rules also allow for a higher level of modification, upping the speeds of the race craft to in excess of 75mph. The race tracks reflect the improved ability of the competitor and provide stunning viewing for the spectator and the TV production. Check out the technical rules for more details at AquaX Rulebook

The AquaX World Rankings, launched in 2014 to identify the most consistent and talented AquaX riders in the world, continues to add another element to competition as racers battle it out for that coveted number one vest each year.

With over 600 riders now having made an appearance in the AquaX World Rankings, it has certainly become one of the series biggest talking points with the top 50 revealed twice a year via the AquaX website and social media platforms.

The rankings are calculated using two years’ worth of results, with results from the last 12 months taking more precedence than those recorded between 12 and 24 months, to ensure those in form and still racing with the series are rightly the focus of the rankings.

There are several factors that impact on your ranking points. These are as follows:

The world rankings are constantly changing with points from races over two years old dropping away as the season rolls on, ensuring an ever-changing landscape that allows new riders to make their mark after just a year or two years of racing on the AquaX Tour.

Upgrading to Pro
AquaX riders with a minimum of two seasons of amateur level racing experience may upgrade to the Pro class. Exceptions may be made for experienced riders to enter at Pro level from other race series. Or for amateur riders with less racing experience that show the skill level and control to be upgraded to Pro. In both cases a racing CV must be submitted to the Series Administrator within one month of the event taking place. For more information on classification please read the general rules AquaX Rulebook

Downgrading from Pro to Amateur
Downgrades are not permitted during the season, but riders may apply in writing to the Series Administrator to downgrade from Pro at the end of the season.

Pro Rookie
A rider moving from Am to Pro will be classified as a Pro Rookie in his/her first season of competing and will be eligible to compete for the Pro Rookie title. 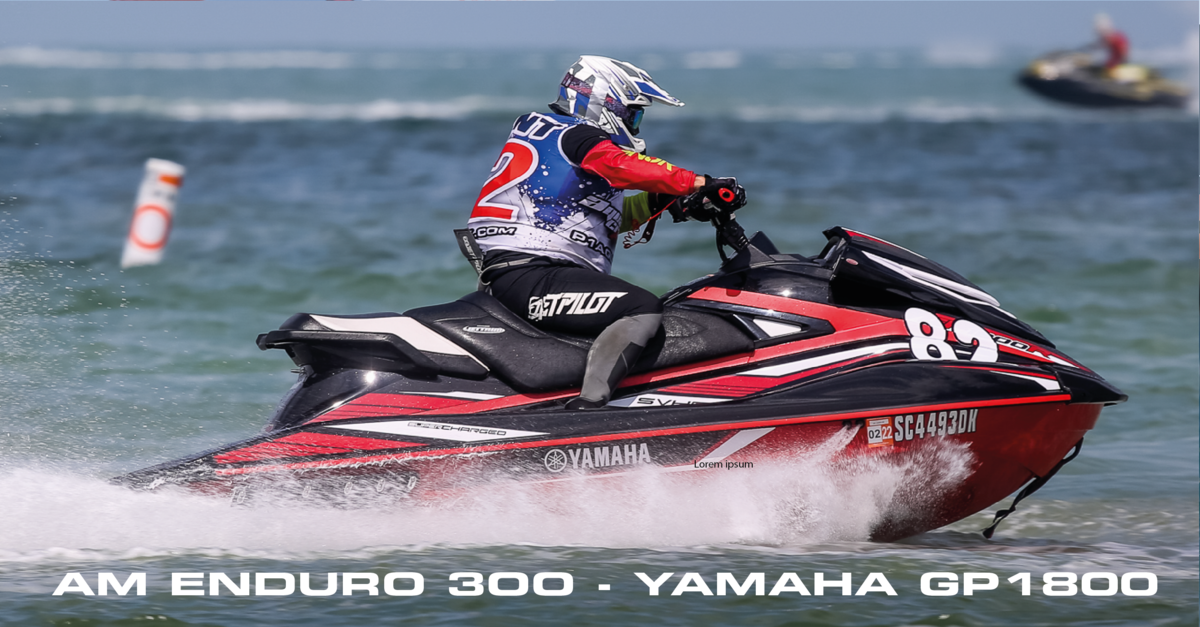 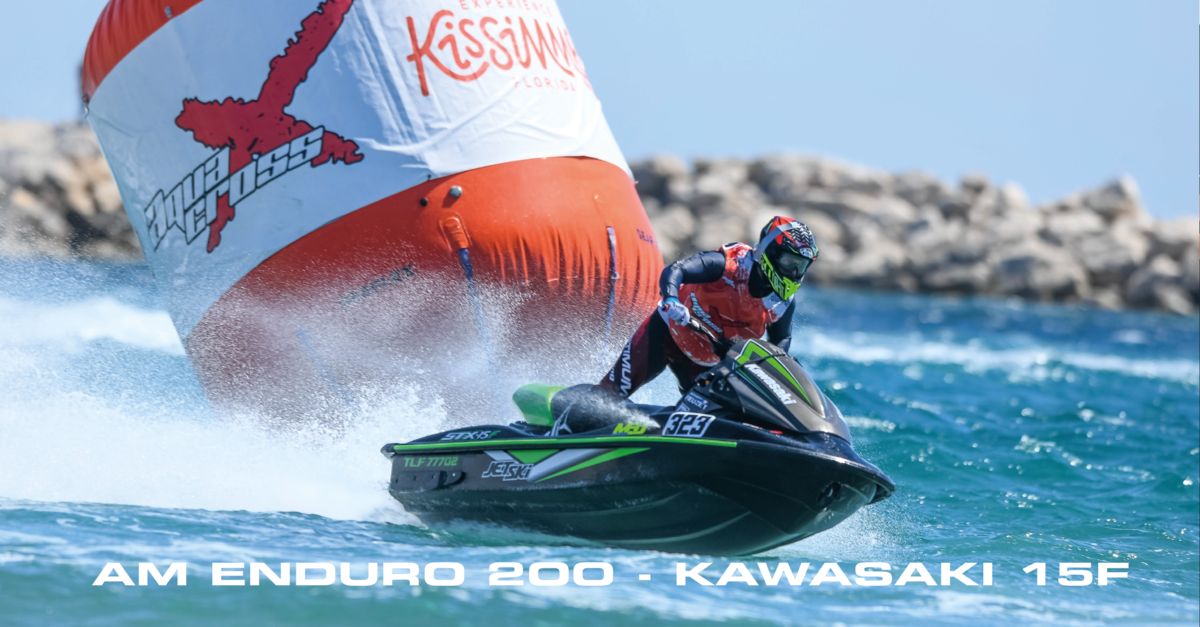 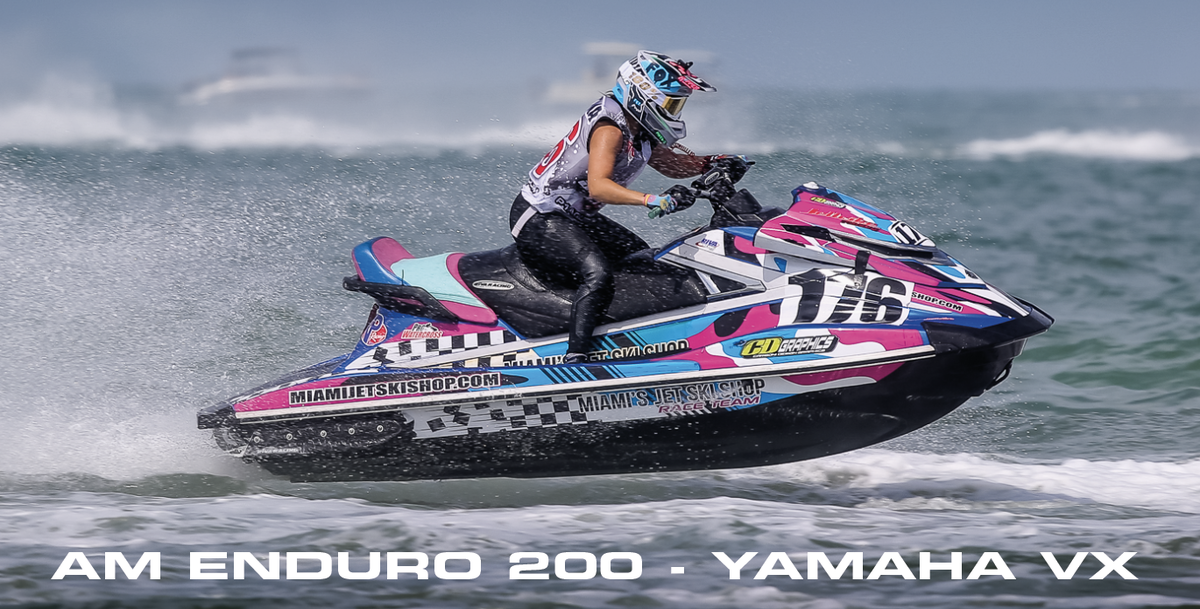 The purpose of the Amateur category is to provide an accessible and affordable racing platform to encourage recreational riders to take part in organised competition. It also acts as a proving ground for those wishing to advance to the Pro level but don't have quite enough experience to make the jump up to Pro.

The AM Enduro class is open to all makes and models of watercraft, but unlike the Pro class, the championship is divided between two classes.

Check out the rulebook for more details here AquaX Rulebook

National and regional Amateur Championships
Amateur racing takes place in the USA, the UK and in Europe. The USA offers amateur regional racing circuits in Florida and Indiana. Email the USA Series Admin for event details in your area - sport.usa@powerboatp1.com

Competitors taking part in the Amateur class will be considered Amateur, which means a rider must be self-funded and receives no direct financial or product support from a PWC manufacturer. They must not be part of a team that provides professional mechanics. However, they may have local and aftermarket industry sponsors and can form part of a club team. Veteran riders or those with limited funding, despite having previous experience, may remain within the Amateur ranks so long as they adhere to the above rules.

Pro/Am racing
When a series does not offer a Pro level and yet Pro riders are in attendance, Pro riders will be governed by Amateur technical rules and classified Pro/AM.